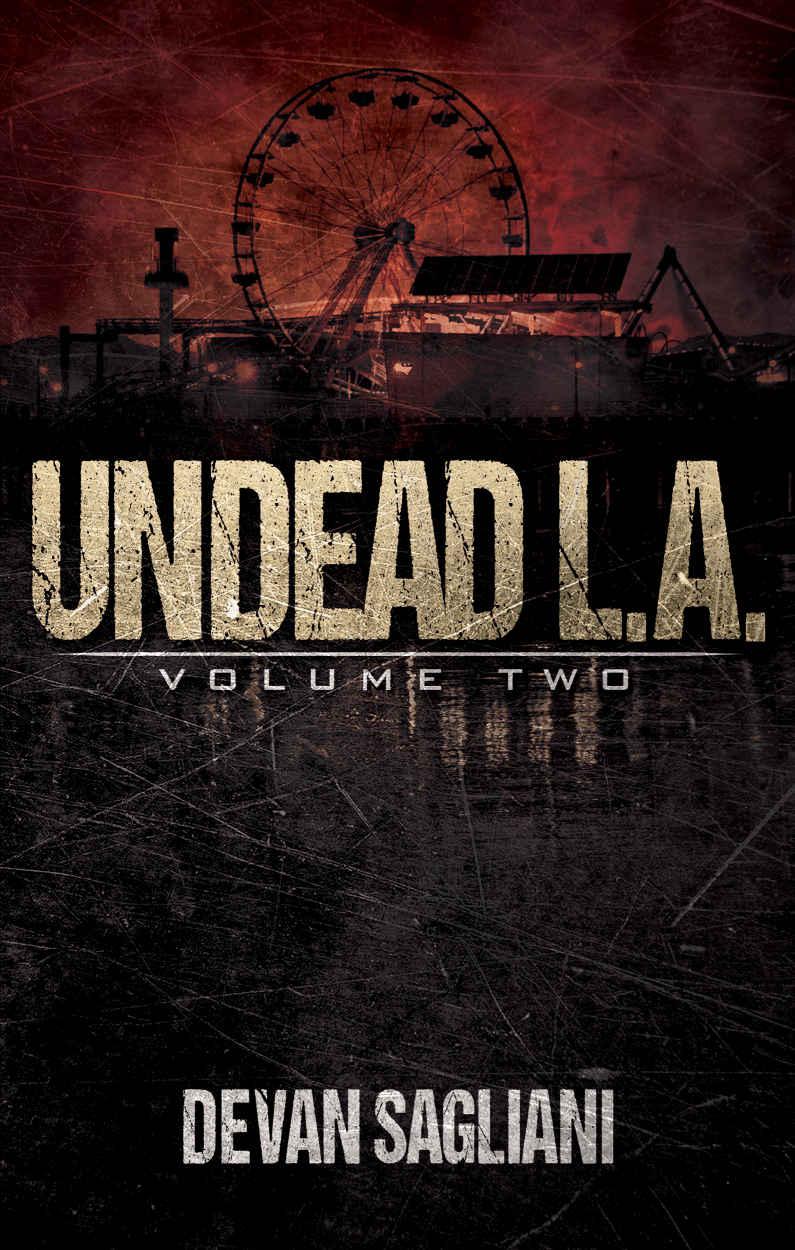 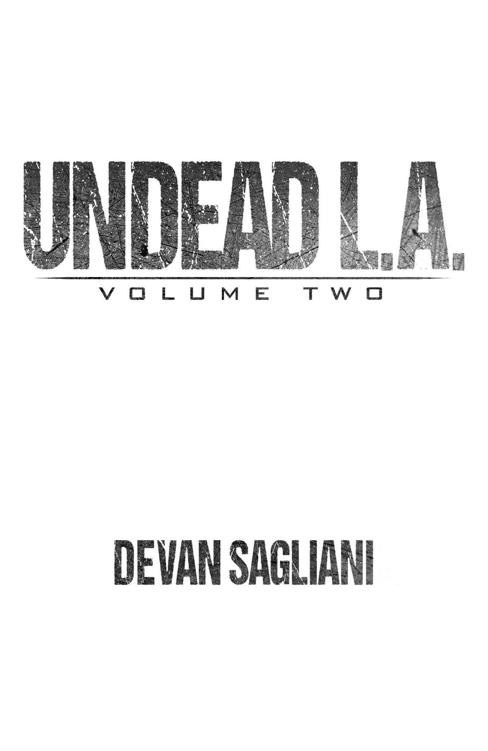 "It's exciting and encouraging to see any creative artist come into their own; grow, mature and flourish into a virtual prodigy to be reckoned with...Sagliani hits the nail on the head time and again making the action translatable unto a vast readership audience...even Clive Barker would be proud."

"...a novel that has many virtues and not a single flaw within its pages. I cannot begin to commend the author on the merits of the read. It's an impressive piece of zombie themed prose."

"I challenge readers to dive into his work and not fall in love. Riddled with powerful story lines and intense characters, Undead L.A. 1 delivers its readers with a riveting roller coaster read."

"There is literally something for everyone in this book. I highly recommend it for zombie and horror fans."

This e-book is licensed for your personal enjoyment only. This e-book may not be

re-sold or given away to other people. If you would like to share this book with another person, please purchase an additional copy for each person you share it with. If you're reading this book and did not purchase it, or it was not purchased for your use only, then you should return to Kindle and purchase your own copy. Thank you for respecting the hard work of this author.

This book is a work of fiction. The characters and events portrayed in this book

are products of the author's imagination or are used fictitiously. Any similarity to real persons, living or dead, is purely coincidental and is in no way intended by the author. All right reserved, including the right to reproduce this book or portions thereof in any form whatsoever. 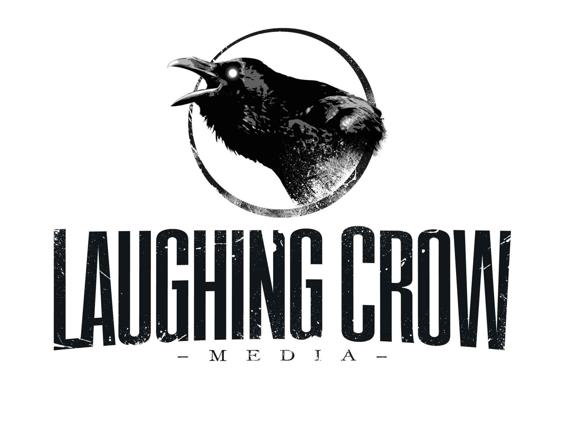 We Are the Hunters

Ghosts in the Machine

May They Not Be Forgotten

On September 20, the zombie virus was released into the dense population of transients on Skid Row in downtown Los Angeles. It spread like unstoppable wildfire in all directions, decimating everything in its path for six full weeks before measures were taken to cleanse the scourge. These stories take place in those final times.

They are told through the eyes of several different Angelinos, each offering a unique perspective to the events as they unfolded and to the aftermath of the virus. They have not been edited for content but remain preserved in their initial capturing. They bear witness not only to the tragedies of that unforgettable period, but also to the city's former glory.

May they not be forgotten but remain uncensored for future generations, so they may understand the choices that we made. And may they also serve as a reminder; not only of mankind’s infinite potential for good, but also of their latent animal desire for cruelty and suffering, and how the constant struggle between these two opposing forces defined what it meant to be alive in the era commonly referred to as the 21st century.

Los Angeles, also known as the City of Angels, once had a racially and culturally diverse population of nearly 4,000,000 people.

It covered an area of nearly 500 square miles.

In fact the Greater L.A. Area region contained approximately 18,000,000 people, making it one of the most densely populated metropolitan areas on the entire planet.

The city's inhabitants were referred to as Angelenos.

Diora woke with a start, as if something harsh and electric had just washed over her. She was still alone, shivering on a flat mattress on the cold concrete. A thin sheen of dope sickness covered her already aching skin. Her body demanded more junk, from the tips of her rats nest hair to her persistently itching skin that felt like a thousand insects were crawling all over every inch of her. Even her teeth seemed to throb dully with need. A rumble in the distance brought her mind back from focusing on her various, unhappy extremities and the raw hunger to jam her veins full of sweet brown sugar freshly cooked in a bent spoon.

What the…? Was that an explosion?

She languidly mulled over the possibility that the army had come to rescue her, then thought better of it. She'd been on her own long before the world had ended. She'd come to a fragile peace with that fact, that no one ever really knows anyone else, that you can't trust people, and that sooner or later they all let you down. It was comforting to have life reduced down to this immutable truth in her opinion. It was only when other people tried to disabuse her of the notion that things got dicey, that she became so uncomfortable in her own skin she couldn't stand it, that she wanted to scratch away her flesh and pull her hair out and gouge out her own eyes to stop the creeping feeling from rising up from the pit of her stomach. Over the years she had learned there were a lot of ways to turn that feeling off, but none worked so well as a shot of heroin. She understood that human beings were by their very nature delusional, that they needed to cling to their fantasies to function in the hostile world around them, holding tightly to concepts like love and family and community—but to her they meant nothing. In the end she understood that humans were nothing more than mutated animals, and that consciousness was a cruel joke of evolution inflicted upon them.

Jamal doesn't ask me to believe in him or anything else,
she thought with a wry smirk.
Our arrangement is simple—he provides the drugs and I give him all the pleasures my body can provide. He protects me, feeds me, sometimes even beats me when I'm having one of my moments, but he keeps me safe and flush at the end of the day. He makes sure I have everything I need.

There was more to their arrangement, but it always seemed like an afterthought to her, since she would have come to the same conclusion on her own if Jamal hadn't presented the idea of being her full-time pimp first. Before he came along it was just random tricks, and sometimes she got paid, and sometimes she got kicked out of a moving car into the gutter with a mouth full of semen instead. She knew it should bother her, the fact that he was selling her to survive, but the truth was it simply didn't. If anything she thought it was his way of doing her a favor—keeping things honest—making the most of what she had before the ravages of time stole what little beauty was left in her. Still it was important to be honest, not to sugar coat the shit stew her life had always been from day one, at least that was her unsolicited opinion, so she went ahead and let herself remember the rest of their arrangement.

He sells me, sure, finds men willing to pay cold hard cash or sweet junk in tiny balloons for a quick release in a parked car or behind the dumpster in the alley, but he's never forced himself on me or made me do anything I wasn't already willing to do. He's never sold me a bullshit fantasy of a better life one day or getting off the streets or making me 'an honest woman,' whatever the hell that means. He's not one for small talk or poisonous lies or pretty words that don't mean nothing.

They were both transplants when they met in front of Ralphs on Sunset, her makeup still smeared from blowing the fat guy in his lime green Cadillac Eldorado with the cream colored leather interior that reeked of stale fast-food French fries and back sweat. Images flashed through her mind at the memory, his jingling belt and pasty white stomach with all those crinkly brown hairs brushing against her cheek, the way he bucked his hips right before he shot his oily, bitter load into her mouth, causing the back of her head to bump painfully into the steering wheel, his refusal to pay the measly twenty bucks they'd agreed upon, her high pitched screeching...

Then out of nowhere came my hero to rescue me.

Jamal had been her black knight in a Chicago White Sox cap, reaching through the car window and throttling the teary eyed John until he passed his entire wallet to him with pudgy, fumbling fingers. They'd been a team ever since, and a successful one by most standards. Jamal had moved them from cheap motel to cheap motel, crisscrossing the city from downtown to LAX and back in his old Honda Civic, before they'd discovered the half-finished apartment building on Sunset near the Seventh Veil. Jamal had cut a hole in the chain link fencing to let them in, then torn down the plywood board hammered across the back entrance. The first floor was still littered with construction supplies, and all the windows were covered by clear plastic sheeting that had been tacked down on the corners with a staple gun. Jamal said he’d read about the place in the papers. Caught in a legal battle that hinged on a nasty divorce, the owners had simply left the building as a wooden and concrete skeleton to be finished once the appeals were all exhausted and a final ruling was made in the case. There was a tall shaft in the lobby where the elevator would one day go that let in an ugly howl as hot Santa Ana winds blew down, echoing like a beasts growling stomach as it whistled past each empty floor. The staircase between the fourth and fifth floor was incomplete.

They'd used a beam to climb up to it the first night, pulling it up behind them. Later that week Jamal wove together a makeshift ladder, like something from a kids tree house, out of materials he'd boosted from Home Depot. He said he'd intended to keep other squatters and homeless addicts out of their space by taking it with them during the day, but after the bodies began rising up from the streets and biting people, the rope bridge had another, more useful purpose—protecting them from the undead.

There were so many of them,
she thought.
They came from all sides at us, like a wave of gnashing teeth and torn flesh.
If Jamal hadn't been there to protect me I'd almost certainly be one of them right now, out wandering around in search of fresh meat.

When the shit hit the fan she'd been blowing a guy with slick hair and gold chains who looked like an undercover cop in his silver Chrysler, while he fingered her ass with a condom. Jamal had been lurking nearby, making sure the John paid for his trick and didn't try anything stupid like driving off with her in the car. They'd come up the street from the opposite direction, a riot of hungry demons ripping apart anything living they came in contact with. Jamal had pulled the door open and grabbed her by the hair, freeing the man’s saliva-slicked genitals from her mouth in the process. The creep began to holler, but Jamal silenced him with two hard punches to the face before grabbing Diora by her clothes and pulling her onto the sidewalk. He bent the driver’s side door back and began kicking it as hard as he could until it came loose. The trick lay slumped in his seat as Jamal picked up his smashed door, holding it like a shield, and began retreating back to their hideout, his other arm pulling her in so tightly it hurt.