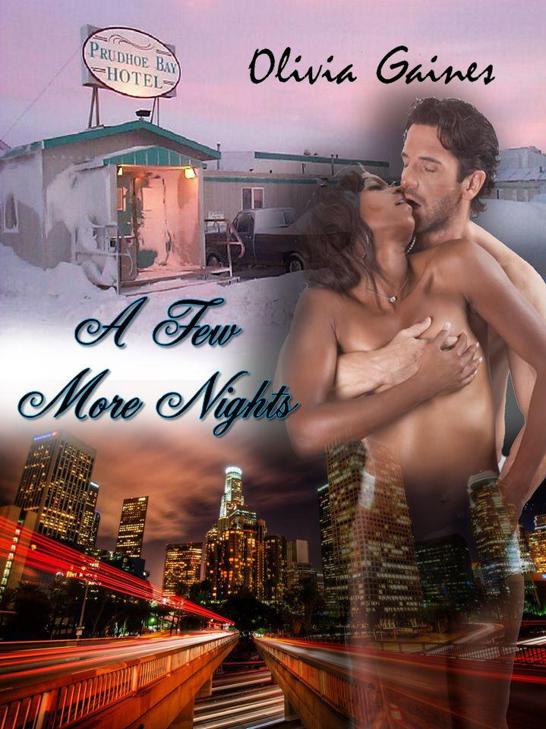 This book is a work of fiction.  Names, characters, places and incidents are products of the author’s imagination or are used fictitiously.  Any resemblance to actual events
or locales to persons, living or dead, are entirely a coincidence.

All rights reserved.  No part of this book may be reproduced in any form or by any means whatsoever.  For information address, Davonshire House Publishing, PO Box 9716, Augusta, GA 30916.

What Readers Have Said

Letter to My Mother

I read “
Letter to My Mother..."
tonight. Excellent! …. It had me spellbound from the beginning! I thought I'd read a few pages, then finish in a day or two---but I couldn't put it down! And the length was perfect! Looking forward to reading the others! –
Dorothy Wheeler Johnson

I must say, I never get a chance to sit down and read any other books except the bible. I am now reading a letter to my mother which has captivated my attention until I just want to sit home and read this book on Kindle and my tablet. I am in tears. -
Dellavon McCurdy

I love the fast pace of your story line, getting to the points with enough detail to describe, and the words painted a picture in my mind then moved on
… –
Dora James

I'm glad I got this wonderful short read. I WAS BREATHLESS and loved this so much I hope to read more about Marc and Nadine. I so loved this thanks for making me hot and bothered Olivia Gaines! –
Sharon Bell

I love it. It was raw sexual, hot and tantalizing to the imagination. Can't wait to read what happens with the second chapter of Nadine and the mystery man. –
Dora James

The "I just don't have time to read" excuse is null and void now. Olivia Gaines writes for the busy reader. She'll keep you engaged from cover to cover without the extra fluff. –
Ruebena Thomas

For Ruebena, thank you for being a bibliophile.

To all the fans, friends and supporters of the dream as well as the Facebook community of writers who keep me focused, inspired and moving forward.

This was not real.  It could not be real. Nadine sat in her car sweating profusely, as if she were pinned under a heat lamp.  The air conditioner was on full blast, but she felt cold, scared, and unable to move. The paper bag which had held some fruit from the market had now become a breathing apparatus to slow the hyperventilating which was threatening to rob her of all oxygen. Her mother’s words flashed before her eyes, “What is done in the dark, always comes to light.”

The dark deeds she had performed for two nights in Las Vegas had just walked into her office and bit her on the ass.  Well, he also bit her on the ass in Las Vegas too, but damn it, he was now standing in her office!  He was her boss’s brother, and he now knew her name, where she worked, and was going to tell her boss that she was a nasty little woman. Breathe, breathe, breathe, slowly, Nadine, inhale, exhale, slowly, you can do this. Nadine wasn’t sure which was worse, the feeling of being outed as an undercover skank or the realization that her panties were equally as wet as her body at the sight of that man. She yelled at her crotch, “You skanky traitor, you’re supposed to be on my side!”

The bag, now on the seat, became a companion that she was chatting with as she exited the parking structure, made a right onto La Brea and headed towards Sunset.  Within minutes she had reached the elementary school and pulled into the lot.  Cell phone in hand, she punched in the numbers to call her best friend. Bena answered on the third ring, unable to decipher what Nadine was saying, until she screamed she was
sitting in the parking lot.

Minutes later, Bena ex
ited the side door after asking her teaching assistant to keep an eye on the class, climbed in the car, and took a good look at her usually well-composed friend. “What happened to you? Your hair is a mess, your skin is ashen, and you look like you’ve seen a ghost!”

Nadine started to cry, “I have, and it just walked into my office.” Bena allowed her friend to blubber for a minute then asked what happened. Nadine explained the whole sordid affair.
She started with the excitement which had caused her to leave town for the weekend.

Last week, in an effort to avoid a little old woman, she
had driven her car into a fruit stand.  The police officer had sided with the old woman, given her a ticket which made her late for work and two meetings.  The office assistant had ordered lunch, but mixed up the orders giving her the one with peanut sauce.  Since she was allergic to peanuts, she ended up in the emergency room, face swollen, then had a reaction to the drug to counteract the anaphylaxis, and nearly died.  Her idiot boyfriend broke up with her, a cute doctor walked in and saw her end of the month hot pink granny panties, she yelled at her boss, offended people in the office, then took off for Vegas for the weekend. Okay. That part she could handle.  It was Monday, she still had a job and a modicum of her boss’s respect.

The weekend portion is what is less than respectable. While in Vegas, she had met a hunky white guy, who smelled like an afternoon of sin and debauchery. They made eye contact but she was smart; she had walked away. Hunky white man drove up on a bad ass motorcycle, she got on the back, they headed downtown, ended up in a strip club and he had used his fingers to get her off while some big-boobied woman gyrated on his lap. Breathe; it’s not so bad. Hunky guy then took her to dinner, suggested she order a salad, then they strolled into a really cool night club.  The club was hot, he suggested they venture out to the balcony to cool off. It only got hotter as he bent her over the railing and took her from the back, all the while whispering in her ear that he needed more room to work. Inhale. Exhale.

In his room, they
went at it all night; he was rather large and slightly tore her cupcake but she is wanton and can’t get enough of him. At four in the morning, performing the walk of shame, she had slid into her own bed, and slept until noon. She did not know this man’s name, who he was, or what he did for a living.  Was she nuts? Evidently, crazy like a fox, because Mr. Loverman found her again, gently persuades her to have dinner with him, and they enjoy a lovely, sexless meal.  She had noticed he wasn’t much of a talker, but it did not feel odd; it felt, well, rather comfortable.

The adult playdate at the sex club wasn’t very comfortable, which is where he
had taken her after dinner. Breathe. Inhale. Exhale. In the sex club, she had made out with a woman, had some little man suck her toes while hunky sex god had made love to her.  That man was like the energizer bunny on meth. He even had more to give when they had returned to his hotel room, where she again tiptoed through the walk of shame at five in the morning.

That was supposed to be it
, two nights in Vegas, and nothing more.  No name, anonymity, and simply some fun for the weekend. Nadine was freaking out.  Her anonymous weekend just walked into her office. If it had not been so ludicrous, she would have sworn it was fate and this man was part of her future.  To hell with that!  She was going to pray away this incubus and get a grip on herself and her cupcake, who by the way, was reacting to the recounting of the tale; she yelled at her crotch again, “Calm down, Traitor!”

Bena, always the epitome of cool and collected, smiled at her friend. “Nadine, it’s not so bad.” Nadine didn’t see it that way, she needed Divine intervention and asked Bena to pray with her.
Bena was always the pragmatic one of the group, calmly told Nadine, “No, I am not going to do that.” To her surprise Bena’s response was eloquent, simple and empowering.

“I am not going
to tie up the line praying for your indiscretions and poor moral judgment.  Take off those wet panties, put on a fresh pair, and go back there and handle your business.” She opened the car door, let herself out with a parting shot, “Nadine, maybe, there is more to this, you need to find out.  This is way too coincidental for you to dismiss. Call me later and have a great day.” Bena blew her a kiss and before she entered the school door, she whispered to her distraught friend, “Oh, and stop having conversations with your cooter,” she added, a
love you
, a
mean it
, and went back to work.

Her Dying Breath by Rita Herron
Assured Destruction by Stewart, Michael F.
Treasured Secrets by Kendall Talbot
The BFG by Roald Dahl
And Yet... by Christopher Hitchens
The Prophet of Yonwood by Jeanne Duprau
The Flood by John Creasey
Contract to Wed by Holly Bush
How Evan Broke His Head and Other Secrets by Garth Stein
Equation for Love by Sutherland, Fae