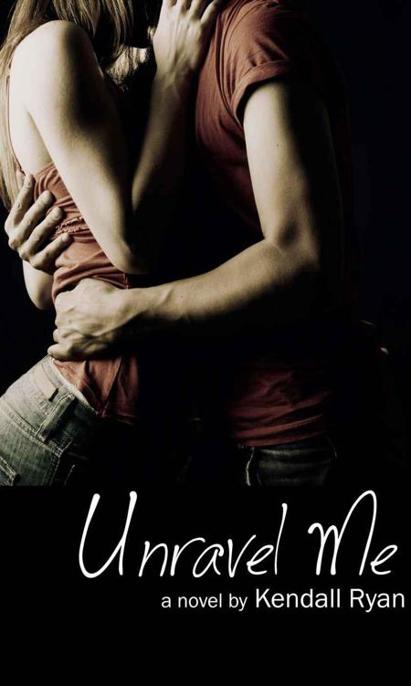 All rights reserved. No part of this book may be reproduced or transmitted in any form without written permission of the author, except by a reviewer who may quote brief passages for review purposes only.

This book is a work of fiction and any resemblance to any person, living or dead, or any events or occurrences, is purely coincidental. The characters and story lines are created from the author’s imagination and are used fictitiously.

First I would like to thank my readers, without you, my dreams of writing would not exist. Thank you for your early enthusiasm for this book. I heart each and every one of you.

I have dreamed of creating a world for you to enjoy. And that dream is here. I hope I don’t let you down.

I listened as my best friend, Liz, droned on about her latest fling gone wrong and his deplorable behavior. “I’m done with men,” she declared.

I choked on my latte, nearly spitting the lukewarm liquid on my computer screen. “Sure Liz.”  She’d yet to understand that taking a guy home from the bar at two in the morning wouldn’t result in a real relationship. I wasn’t about to waste my breath explaining this to her for the umpteenth time. She was a contradiction in every way, despite being a graduate student; her social life rivaled one of those girls-gone-wild reality shows.

“I’ll just do what you do. Battery operated boyfriends never let you down, right Ashlyn?” She chuckled.

A new email in my inbox caught my attention. It was from Professor Clancy, titled
Possible Thesis Topic?

I pulled the phone from my ear, cutting out Liz’s rant to read over the professionally worded message, inwardly cringing that I’d just been discussing vibrators. The sad thing was, Liz was right. It was the only action I’d had in two years. I just didn’t have time for a relationship and casual sex had never interested me. I needed a connection before I’d get naked and share my body with someone.

“Liz, I’ve got to go. Call you tonight.” I hung up without waiting for her response, but could hear her laughter through the line as I ended the call.

I closed my laptop and dialed Professor Clancy’s office number since he could be counted on to be there practically at all hours. Professor Clancy was a legend on campus and in academic circles, and I was lucky to have him as my adviser. He picked up on the third ring.

“I got an interesting call from Dr. Andrews,” he said. His calls always began this way – no
hello, how are you
– just straight to the point. “And based on a patient he’s seeing, I might have a lead on a test subject for your amnesia thesis.”

We’d been brainstorming thesis ideas that would also secure me a grant and allow me to work on getting a paper published within my field of study, behavioral psychology. Ever since I was a girl, I’d been fascinated by amnesia. Sometimes I fantasized about what it would be like to have amnesia, to forget all the painful memories from growing up. I realized Professor Clancy was still speaking and I listened as he described the man who’d been brought in to Northwestern Memorial Hospital several days before without a single memory, not even his name.

“You’re a genius, Professor Clancy, that’s perfect!” I knew this assignment was meant for me. I could already see it – my name and an amnesia study printed in a medical journal. If that didn’t prove that I’d made something of myself, then nothing ever would.

“There’s one hitch though.”

“He’s under arrest for a murder he has no recollection of committing.”

I picked at my nails and waited for him to continue.

“He was arrested at the scene of a murder, standing over a man who’d been beaten so badly he had to be identified through dental records.”

“I figured you’d say that. I just wanted to warn you and make sure you understood what you’d be getting into.”

“Understood. Thanks, Professor. Have they discovered anything else about him?” I asked, anxious to learn all I could.

“He recalls nothing of his life before. Not even his name.”

“That sounds promising.” We’d been kicking around the idea of studying the effects of amnesia and its psychological impacts, but the access to subjects was limited. I wanted to write about something fresh and cutting edge, not just regurgitate the articles already published in tired old journals.

“I’ve arranged a visit with his attending physician, Dr. Andrews. You free in the morning?”

“Of course.” Even if I’d had plans, I would cancel them to meet the amnesia subject. My stomach tingled with excitement.

I reviewed the file Clancy had emailed over, and prepared myself for my first meeting with John Doe.

I balanced my mug of coffee on the edge of the pedestal sink, and finger combed my hair. Getting the long unruly strands to cooperate was a daily challenge. I usually opted for a ponytail, but today I needed to look professional, so I did my best to smooth it down and tucked it behind my ears.

I swiped tinted moisturizer over my cheeks and mentally ran through the information in the file Professor Clancy had emailed me. The subject was a Caucasian male in his early twenties, six foot one, one hundred ninety-two pounds, and most noteworthy of all, had absolutely no memory. He was suffering from complete amnesia. His file claimed he had emotional issues, which I expected as a result of the trauma. He had above average intelligence, and was articulate, yet had been uncooperative and withdrawn. He bore no distinguishing birthmarks, was in good health, had two tattoos, and was circumcised. It felt like an invasion of privacy knowing so much about him, but the prospect of meeting him excited me.

I had been too nervous to eat, so the slice of toast I’d made earlier sat cold beside my laptop. I tossed it in the trash and grabbed the file I’d printed out before hustling out the door. I might as well benefit from my inability to sleep in and get to the hospital early.

I walked the twelve blocks to Northwestern Memorial on Huron Street. After I’d moved here from Michigan last year to study with Professor Clancy, I’d sold my car, unable to afford the insane parking rates in downtown Chicago. Besides, I could walk or hop on the “L” to easily get where I needed to be.

I took the elevator to the third floor. My legs were too tired to navigate the stairs after my early six-mile run and the twenty-minute walk to the hospital. Plus, it gave me a moment to collect my thoughts before meeting with Dr. Andrews. I hiked the laptop bag’s strap farther up on my shoulder and lifted my hair off the back of my neck, trying to cool down. The doors dinged open and I followed the signs to check in at the registration desk. The receptionist directed me to a consult room to wait for Dr. Andrews.

I sat down and grabbed the file from my bag, arranging the pages neatly on the table in front of me. The doctor was probably busy and would most likely keep me waiting awhile. Whether doctors were truly that busy or playing a head game to make them seem superior, they always seemed to keep you waiting.

I’d need to adjust to the fact that the doctor title would be added to my name in a year or so. Of course, there’s a big difference between an M.D. and a Ph.D. I had no desire to be a medical doctor. Blood and bodily fluids? Ugh, no thanks. I cringed at the thought. No, I just enjoyed academics and studying. I hadn’t really intended to get my doctorate degree, but I enjoyed college so much that I continued on after getting my undergrad in sociology and my master’s in psychology. Then because I wasn’t ready to do anything different, I applied for a Ph.D. program and here I am.

I smoothed down the edges of the papers to review the file again—even though I had it nearly memorized—just as the door swung open. I leapt to my feet and offered my hand to Dr. Andrews.  He was dressed in a white lab coat and, with graying hair at his temples, he fit the conventional image of a doctor.

“Miss Drake?” He returned my handshake, pumping my hand twice.

After exchanging pleasantries and a few stories about Professor Clancy, who Dr. Andrews knew quite well from their undergrad days at Loyola, he removed his glasses and rubbed his temples.

“I understand you’re studying the psychological effects of amnesia and would like access to one of our patients.”

“Yes, that’s correct. My goal is to complete a thesis proposal by spring term and I’d like to gather all the information I can through interviews, and…”

“Slow down. I doubt Bob, excuse me, Professor Clancy, explained it you. He could barely contain his excitement over the phone last night, but this is a very sick young man. My advice is to
not
make him the subject of your project. He’s dangerous, unpredictable and best left to the professionals.”

The condescending nature of his comment was like a bucket of cold water thrown in my face. All my life I’d battled people who underestimated me. People like me, who grew up in Detroit with an alcoholic, blue-collar father didn’t go on to become doctors by the age of twenty-five. That perception is exactly what drove me so hard –to prove everyone wrong.

“With all due respect, Dr. Andrews, I’m a Ph.D. student, not a high schooler working on a book report. I’ve interviewed prisoners before.” He didn’t need to know that it had been for a project in graduate school and had been done via email. “I can handle myself.”

He looked down at the floor, now aware he’d offended me. When he glanced back up, his eyes were clear, his face softer. “Listen, Bob speaks highly of you and your work, and I want to help you out, but I just wouldn’t advise studying this subject.”

“I know he’s been arrested for murder, and that doesn’t scare me. I have a thick skin, Doctor. I want to see him.”

“Very well.” He nodded. “I doubted you’d be persuaded to walk away, but I had to try. It’s clear working under Bob has rubbed off on you.” He offered a forced smile.

Professor Clancy was one of the most dedicated professors I had. He lived, ate and breathed his work. I respected the hell out of him for that.

“Here are his records, updated since he’s been in my care.” Dr. Andrews handed me a manila file folder, already thick with papers. “He’s calm right now, but we’ve had some trouble with him.”

“Trouble?” I glanced up from his file.

“He was transferred here three days ago from the county hospital. And his first morning here, he attacked a male orderly who was attempting to give him an injection.”

“What provoked the attack?”

“He was shouting, demanding information about why he’s being kept here, who he is, what we know about him. He has absolutely no memory of the murder. When the police came in to question him and showed him the crime scene photos, he broke down. After that he didn’t talk to us for two days. Then he just lost it.” He shook his head like it was that hard to believe this man would have trouble coping with a new reality. “The guy he attacked was twice his size. Needed eight stitches in his face.”