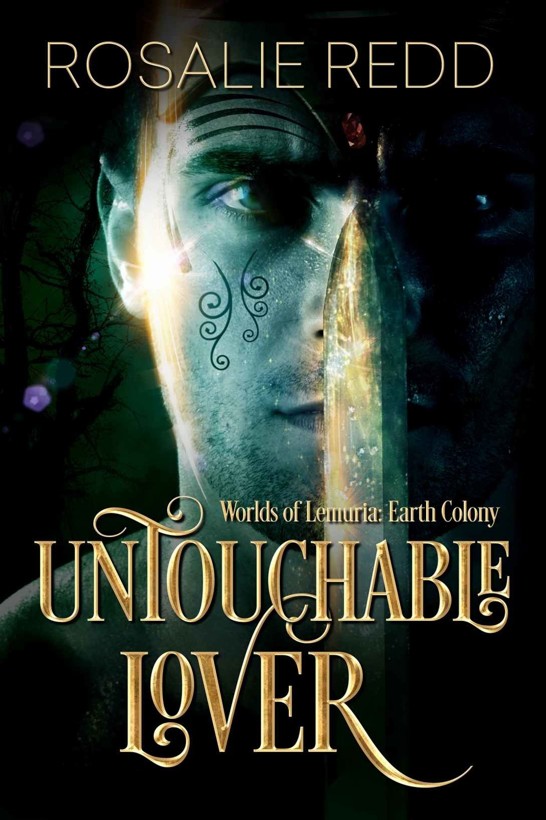 All rights reserved. The uploading, scanning, and distribution of this book in any form or by any means—including but not limited to electronic, mechanical, photocopying, recording, or otherwise—without the permission of the copyright holder is illegal and punishable by law. Please purchase only authorized editions of this work, and do not participate in or encourage electronic piracy of copyrighted materials. Your support of the author’s rights is appreciated.

This book is a work of fiction. All names, characters, locations, and incidents are products of the author’s imagination, or have been used fictitiously. Any resemblance to actual persons living or dead, locales, or events is entirely coincidental.

At a time of great strife and uncertainty

A stranger will come unto the Stiyaha realm

Misery, anguish, and fear will reign

The greatest of kings will fall to his knees

The land of the Stiyaha will be no more

Lemuria - a planet in the Orion constellation

Unease rippled over Alora’s skin, as much from her nerves as the cool wind on her arms. Her home planet, Lemuria, was dying. Without water and other precious resources, Lemuria and all her inhabitants would perish within the next few decades. As a colonizer, Alora and those like her needed to find a solution—new planets, ones with the needed supplies. The new world she’d found would help, but she had to know the outcome of her actions. She needed to see into the future.

The damp smell of decaying foliage wafted through the opening in the Rolmdew tree, her home on Lemuria. She stood beside the
visus bacin
and concentrated on the calm water, but the image wouldn’t appear. A headache pounded at her temple.
Relax. Let the picture come on its own.
She closed her eyes and concentrated on breathing.
In. Out. In. Out.
Her heartbeat slowed. Her muscles loosened. Slowly, she opened her eyes and stared into the water in the visus bacin.

The liquid rippled against the bowl’s edges, faster and faster. The bubbling water echoed off the walls until the sound drowned her, captivated her in its intensity. The water stilled. An image appeared. A moonlit meadow surrounded by evergreen trees. Earth, her newly discovered planet. A whiff of pine and dew filtered into the room. She relaxed, letting the vision consume her.

Movement in the darkness caught her attention. A Gossum hid within the lower branches of a pine tree at the edge of the meadow. Its tongue snaked between serrated teeth, the creature sampling the air, as if searching for prey. She wanted to reach through the vision. Crush the creature’s skull in her hands. She hated the hairless brutes. As she looked closer, other Gossum crouched in nearby trees. Dread coiled in her stomach, making the hair on her arms stand on end. The foul creatures appeared to be waiting, watching. For what, she wished she knew.

The scene shifted. A tunnel appeared, carved from an ancient lava flow. Sunstones lined the passage’s massive walls. A red-headed female, her abdomen slightly distended from pregnancy, fled down the hallway. She glanced over her shoulder, as if someone or something pursued her. A babe’s distressed cry echoed off the walls. The vision faded.

Alora’s body shook. She stepped away from the visus bacin and lowered herself into a chair. Placing her head in her hands, she took in a long breath. She didn’t fully understand what she’d seen, but the powerful image was a bad omen. As with any future vision, it was uncertain. A series of choices dictated the future, and a different decision could alter the outcome.

She glanced out the window. The sun hung low in the sky.
It’s this late already?
She slipped her feet into her worn sandals and headed for the door, eager to get to the council meeting to stake her claim for Earth.

Alora entered the council chamber through an opening in the Etila tree’s bark. The large room cut within the trunk creaked and groaned as the giant sentinel swayed in the breeze. Today, clear air filtered in through the openings, no trace of the haze caused by the devastating fires that had wracked their world.

Seated in sculpted wooden chairs, the Council of Nine chatted among themselves. Radnor, the council leader, sat in the middle of the long table that graced the center of the chamber. His short-cropped hair contrasted with the long ends of his black mustache. He twirled the thick strands between his fingers. The council members carried on with their conversations, seemingly oblivious to Alora’s arrival.

That won’t do.
According to all her awards, she was the best Colonizer on the planet. She deserved the council’s respect. She strode toward the middle of the room, her chin held high. “Good afternoon, council members.”

Radnor pursed his lips. “Alora, glad to see you could make it.”

A dozen Colonizers, standing in small groups, quieted as everyone turned their attention to her. The Council of Nine only discussed Colonization issues once a month. She was lucky to obtain the last open spot on the agenda. That she was late wouldn’t help her cause to secure Earth as a free planet. She stood tall, refusing to take the council leader’s bait.

“Councilor Radnor, I have a new proposal for a free world.” Alora kept her voice steady, despite the rush of blood pounding through her ears.

Radnor raised an eyebrow. “Come forth. Tell the council about your discovery.”

Alora scanned the faces of the others in the room, aware she had their full attention. She stiffened. A male stood close by, dressed in a gray tunic that hung from his broad shoulders. His brown hair cascaded over the back of his neck. Zedron, the male she’d almost bonded to. She should’ve known he’d be here. Pain radiated into her cheek from her clenched teeth.

She focused on the council members. The Council of Nine contained three members from each faction: free, slave, and neutral. They were Lemurian, just like all the other beings on the planet, but these males and females were granted special authority from The Three Creators, passed down from generation to generation. Their job was to uphold the laws throughout the population and to ensure the Colonizers followed the rules when new planets were discovered.

Alora inhaled a deep breath and pulled a small carton from her satchel. The box opened with a creak. Tratee flies dashed into the air. They circled above the crowd until a form took shape, that of a blue planet with white caps on either end. She peered at the group. “Behold, Earth.”

Council member Tomra gasped. “Beautiful. What does this planet offer?”

“The blue you see is what we covet most—water.” Alora held her tongue, waiting for a response.

Excited murmurs from everyone filled the room. Alora’s lungs expanded at her good fortune.

Radnor raised two fingers in the air. The crowd quieted.

“Are there natives on this planet?” he asked.

“My visus bacin displayed a semi-advanced race—humans, a species not unlike ours in bearing and appearance. We can barter knowledge and technology for water.” Unable to contain her eager grin, she approached Radnor. “I stake my claim for Earth as a free planet and request a vote.”

Zedron’s harsh tone startled her. She tensed and faced the male she’d rejected. He strode to the front of the council chamber, his muscles bulging beneath his tunic. Red and orange swirled across the fabric, evidence of his anger.

“As a member of the slave faction, I put forth a challenge for this planet. I, too, discovered Earth within the past week.” His eyes narrowed, and he tightened his lips.

Alora didn’t believe him. “Prove it. Where is this planet located?”

“At the far end of the twelfth quadrant in a galaxy with a single sun.” He winked at her.

He’s goading me.
The twinkle in his eye reminded her of how much she used to enjoy his playful banter. She’d almost picked him as her mate. That would’ve been the worst mistake of her life, for he would’ve made her miserable. That she’d once fallen under Zedron’s false charm and considered bonding to him made her breath catch. She opened the box for the flies to return, closing Earth’s image.

“You’re doing this to spite me.” When she’d refused his bonding offer, he hadn’t walked away with grace and honor as she’d expected. Instead, he’d vowed revenge against her and her chosen mate, Veromé.

“This isn’t about you, Alora.” He dragged out her name, his words full of venom. “The humans won’t give up their resources. They need to be enslaved.”

His willingness to fight for Earth was an indication of his bitterness. Her heart skipped a beat at the thought of yet another planet enslaved. She hated slavery and had vowed to protect as many planets as possible.

“The planet should be free. I ask for an immediate vote.” Alora spoke fast, hoping the council would grant her request but knowing it wouldn’t happen.

“A challenge has been issued. Proper protocol dictates there will be no vote. You will battle to claim the world. Select your weapons.” Radnor stood slowly, his body ravaged from old age.

A small table attached to the wall expanded in length and breadth. A character board shimmered over the grain, showcasing different species of warriors.

Alora curled her lip at him then turned to study the board. Three dozen characters stared back at her, each with different strengths and skills created solely for the purpose of the game. As part of the rules, she couldn’t select more than six.

“I select Stiyaha for strength, Panthera for speed, Jixies for resourcefulness, Camelioscapes for stealth, Aves for cunning, and Ursus for tenacity.” Her heart picked up speed.

Radnor nodded. “Good choice.” He glanced at Zedron. “And you?”

Zedron didn’t even look at the board. Instead, he stared right at her. As much as she wanted to glance away, she didn’t want to give him the satisfaction of seeing her flinch.

“Gossum for resilience, speed, and fortitude. Arachs for cunning and durability. I have no need for others.” He waved a hand in the air in a dismissive gesture.

Radnor nodded. “I’m sure you haven’t forgotten the rules, but I will remind you. As long as the war continues, free will is the primary law. You may offer guidance, but you cannot interfere with your warriors. Your visus bacin
won’t work on each other. You may only see what the contestants do on both sides of the war.” The council leader glanced between her and Zedron.

“Contestants may contact humans for trade as long as the natives do not discover the Lemurian’s true identity. Humans can become warriors in the game, but they must be transformed into a competitor. Once changed, humans may not return to their former lives.”