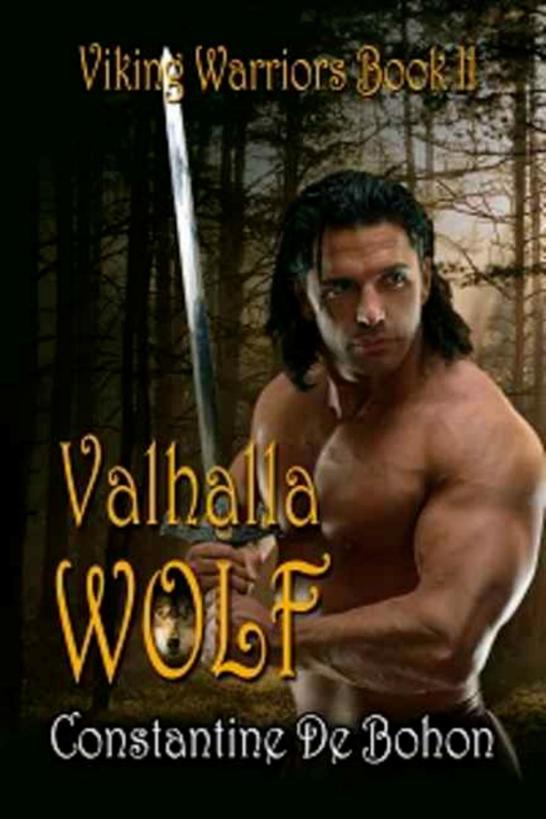 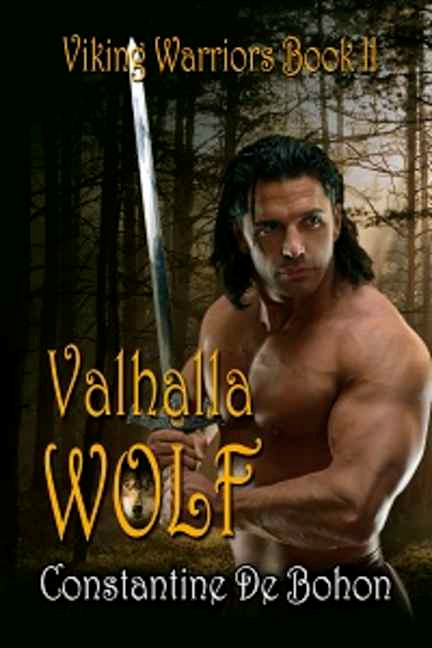 Other Books by Author Available at Whiskey Creek Press

For your reading pleasure, we invite you to visit our web

Copyright (C) 2011 by
Constantine De Bohon
Warning: The unauthorized reproduction or distribution of this copyrighted work is illegal. Criminal copyright infringement, including infringement without monetary gain, is investigated by the FBI and is punishable by up to 5 (five) years in federal prison and a fine of $250,000.

Names, characters and incidents depicted in this book are products of the author's imagination or are used fictitiously.

Any resemblance to actual events, locales, organizations, or persons, living or dead, is entirely coincidental and beyond the intent of the author or the publisher.

Other Books by Author Available at Whiskey Creek
Press Torrid:

For the love of my life.

She looked every inch the Viking warrior princess. Vicki gazed at herself, front and back, in the full-length mirror. Her hair was silky black with flowing ringlets to her mid-back, full and thick. Vicki had been told her hair was her most stunning feature, unfortunately that was the only quality she felt she possessed. She had struggled with this part of her costume—

her hair. Her friends insisted she should dye her hair blond, but she just couldn't bring herself to do it. Secretly she had a foreboding feeling she might end up looking like Miss Piggy—

charming. A giant Viking warrior Muppet! Just what the world needed. Instead, Vicki had dyed one long streak near her bangs a stunning golden color.

Her bright blue eyes gazed back at herself critically. She scowled at her reflection. In olden days she would have been considered voluptuous, which, in her opinion, was just a kind word for 'fat'. The fake fur she wore did nothing but emphasize her somewhat chunky ass. Her thighs were white as the snow—well what did you expect for October? And there was no way she would be caught in a bathing suit in the summer. She frowned, thinking her boobs looked fuzzy.

Courtesy of her fake rabbit, bra-like top. She put her bare arms in the air and shook them; thank God they didn't wave back. Gravity was still on her side, at least for the most part.

She stood a good five foot nine in the leather, knee-high moccasins she had made and knew she would still feel huge when she stood near all of her petite thin friends. Especially 9

Trisha, a good friend all her life, but Vicki battled jealousy towards her ever since they turned thirteen. Trisha was like a doll, five feet, maybe one hundred pounds soaking wet and fully clothed. Her stunning hair was a white-blond. The ultimate green-eyed beauty. And so popular. To make matters worse she was incredibly sweet and generous. It was impossible not to love her. Just once Vicki wanted to be the petite one, the pretty one, the popular one. It would be wonderful to be the girl all the guys wanted to be around and pant after.

"Well that ain't happening!" she said aloud and sighed.

Vicki leaned over to pick up the sword from her bed. She tested the weight. It felt so right in her hands. She loved this battered old Viking sword. It was an ancient family heirloom passed down from generation to generation. Welded together in certain places, mixing old with new. Vicki didn't really believe it was authentic, though her father swore it was. She was nevertheless fascinated with the story that came with it.

It had been crafted by one great warrior and given to another. The warrior who owned the weapon was a legend of a man who had tamed a she-wolf to be his mate in the ninth century. A creature of deep sexual desire and need. A Viking who matched her animalistic wants equally. The pair had been destined for each other.

Vicki loved the story that had been spoonfed to her over the years, a part of her ancient history. A great Viking warrior had overcome his fears and risen from adversity to quash his opponents and claim his mate from near disaster and certain death. She hefted the sword feeling thoughtful. True story or 10

not she envied the woman her broad, stunning man, wishing she could find a warrior. She had fantasized so often about a strong-willed man who would fulfill her every yearning.

The men on campus at school didn't interest her. Having grown up with images of huge powerful men had left the boys she dated lacking. None of them ever measured up. Vicki was beginning to wonder if any ever would. Vicki went to bed dreaming of warriors wielding massive swords. Warriors with bulging muscles and skills that would tantalize in bed as well as out of it. She fantasized about heated romps on soft mounds of furs. Her imagery was so vivid she could almost taste and smell the smoke from a crackling hearth as her lover fulfilled her every desire. She would wake with her heart pounding in her breast, covered in sweat and her legs trembling. She yearned for something. Each time her phantom lover came, the feelings grew stronger, until she thought she would go crazy.

When her father had taught her to duel she had mistakenly thought a few guys would get a kick out of her skill. Especially the ones where she practiced. They didn't. Most brushed her off. On reflection, she surmised that perhaps a woman skillfully slinging a sharp object might be less than attractive.

More so to the men whom she bested.

What she wouldn't give to meet a man who could not only admire her skill, but test her limits. A man who wasn't afraid of a little competition. Except in the bedroom. Though inexperienced, she already knew the man for her had to be a tiger in bed. He would have to be to match up to the mental 11

image in her mind of her hero. She wanted nothing short of a man who could tame a she-wolf.

"Well that ain't happening either," she said aloud. "Well, Vicki, you can either stand here not admiring yourself, or, go to the frat party, have a few drinks and have a good time."

Vicki slipped the sword into a long sheath and slung it over her shoulder. She cocked her head to the side, gave herself one last critical look, shrugged and left her room. Her parents were watching TV in the living room and she paused to say goodnight.

"Don't lose that sword!" her dad managed to yell after her as she left.

"I'll hold it like an extension of myself," she promised and rolled her eyes.

Vicki shivered when she walked onto the sidewalk. She pulled her fake fur cloak tightly around her shoulders. It was a dark night. Every other light on the street was out, but a full moon shone high in the sky. The evening was sprinkled with thousands of stars. It was nearing nine o'clock and almost all the little trick-or-treaters were home with a sugar high about this time. Vicki walked into the forest near her home. She took a shortcut to the party being held at a friend's house. She didn't walk the well-traveled path for long before remembering she had forgotten her camera.

"Damn," she swore aloud. Trisha had begged her to bring it; she said she had a special surprise for her.

Should she go back for it? Taking a deep breath and grumbling with annoyance she thought yes, she had better go and get it; Trisha's surprises were always over the top. She 12

turned and frowned at the heavy fog that had crept up behind her like some type of seedy character.

"Where the hell did this come from?" she muttered.

Vicki walked slowly as the mist swirled in heavier. Before long it was impossible to see in the direction before her and she lost the trail she had been on. She turned, thinking it best to just forget the camera and try and make it to the party.

But turning did no good. The thick vapors hung and twirled in the air all around her and she choked on the enveloping dampness. The rolling billows slipped around her body.

Vapors slid into her nose and she puffed and coughed. Cool mist caressed her back where her sword hung.

The fog was everywhere at once. Even the full moon became elusive. Her feet tripped on the slick roots and wet leaves beneath her. Her hands clutched at the many gnarled trees that looked like something out of a Grimm's fairytale.

She never remembered these woods looking so spooky. She shivered with the thought. It was Halloween after all; what was in the mist, Ichabod Crane? The headless horseman? The tooth fairy? The moment the thought OF vampires and werewolves popped into her head she broke out in a cold sweat.

Vicki gave herself a shake and scowled at her thoughts.

She was a strong woman; she had nothing to be afraid of.

Peering intently before her she spotted what appeared to be an opening in the fog and with relief she walked towards it.

Rubí by Kerstin Gier
Parnassus on Wheels by Christopher Morley
Claimed by the Beast Bundle by Dawn Michelle
Muslim Fortresses in the Levant: Between Crusaders and Mongols by Kate Raphael
The Hole in the Wall by Lisa Rowe Fraustino
Endymion by Dan Simmons
Hell and Determination by Davies, kathleen
Families and Survivors by Alice Adams
Chasing The Dead (An Alex Stone Thriller) by Goldman, Joel
Catalyst by Michael Knaggs