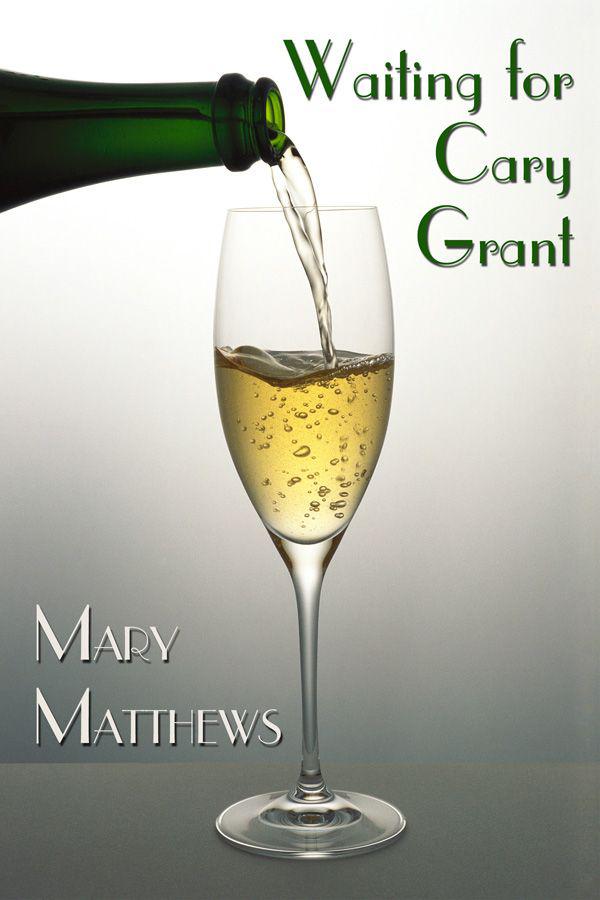 T
hey say at forty men get the face they deserve. At thirty nine, Harlan Michaels looked like he could go either way. The burgeoning gray at his temples forecast a distinguished gentleman. But his strong jaw looked on the verge of slackening and leaving him with a dissipated visage. For now, he reclined in a lawyer’s leather chair, one hand on a cell phone and signing letters with the other.

His young secretary admired his taut but muscular body. She wondered when he found time to exercise. No matter how early she arrived at the office, he was already there. And no matter how late she left, he still remained.

Coupled with perseverance, a formidable work ethic had propelled him into the realm of preeminent consumer lawyers. His corporate opponents raged a relentless war against him propelled by a battalion of corporate lawyers. To win, Harlan needed the wisdom of Solomon and the courage of David.

“What’s going on with the Safety Tire case? Did you confirm my appointment with the speech—”

“—Yes. I’m sorry, Sir. I forgot to tell you.” His sixth secretary in as many months clutched her stomach. You never knew when his temper would erupt.

“That’s alright. She can wait for me.” He smiled indulgently. Safety Tire smelled like money. And Harlan liked money.

“I did get copies of those photos for you.” She handed him an envelope from his desk drawer.

They were even worse than he’d hoped. Tire remnants and twisted metal lay strewn across a highway. Small mangled bodies in the back seat must have been children once. Bloody glass pierced the two adults in front. This case could be big money.

One car, one truck, one defective wheel, and one orphaned little girl.

“A girls’ boarding school named for the patron saint of animals? Somebody had a good sense of humor.” Harlan stood up and put on his Armani jacket. He was accustomed to expensive Italian suits but something about the cut of this one had seemed special on first sight. And when the sales woman’s eyes lit up watching him walk out of the dressing room, he decided to buy it.

“I had a girlfriend who went to St. Francis.” He ran one hand along his jacket as he spoke. “That relationship didn’t work out too well. Thank God for the other women who helped me through it.” He winked at her.

“Has Stephanie St. Claire called me today?” He looked at his phone wistfully.

“We are the St. Francis Girls;

We wear our hair in curls.

We do not smoke or drink;

that’s what our teachers think.”

K
athy’s eyes stayed on the hardwood floor as she walked past three older girls laughing through their verses. Caught up in the glee of a holiday weekend, students frolicked around her. Kathy wished for her family back. The uniformity of boarding school life offered some solace. Nuns decreed what time to get up, what time to attend class, what time to eat, what time to play, and finally what time to sleep.

Her home life had been more chaotic, dictated by the erratic hours of her parents’ careers. She just wanted to forget. If she didn’t think about it, it didn’t hurt. She missed her Daddy most. Sometimes, she forgot he was gone. That was the worst. When the teacher handed back tests, and she got an A, she couldn’t wait to tell him. And then, it would all flood back over her, and she’d try not to cry in the middle of class, and wish she could just disappear. She couldn’t believe she missed her brothers’ jokes. Everyone was so polite to her now. Her orphaned status preceded her arrival.

It had all been explained by one loud mouthed, acne laden, older girl: “We were told to be really nice to you. We were told that your entire family had been killed. Are you really an orphan?”

Kathy watched as she climbed into a warm looking Volvo. Tears stung at her cheeks again. No one would be coming for her. She picked up the black and white cat that strolled around the grounds like he owned them.

She ducked into a small office. No one would find her there. She sat alone and stroked the melodically purring cat. Everyone else would be leaving for the holiday weekend. No one would come for her. Uncle Rick and Aunt Debbie were on a cruise. They’d sent a postcard.

Maybe if she hadn’t been such a crybaby Uncle Rick and Aunt Debbie would have kept her. She’d heard Aunt Debbie say it was depressing to have a crying, gloomy girl around the house. No wonder they brought her here at the end of the week.

“Kathy, I’ve been looking all over for you.” Lana Stewart said gently.

Kathy sat in a defensive posture—primly and arms folded but as if she felt on the verge of reprimand. Protective, as if something was telling her she didn’t really mean anything to anyone. Well dressed in a tailored and expensive school uniform, she still looked forlorn. Even as a child, Kathy gave off the aura of someone who stood alone.

“What are you thinking about?” Lana asked gently.

“This school seems so disorganized.” She bit her lower lip.

“I know. What would you like to say to him?”

“I miss you. Why did you leave?” She hit the side of the chair with her fist.

“He didn’t want to leave. You know that, Kathy.”

“Why did that guy hit them?”

“The truck driver. The guy in the truck. Why did he hit them?”

“It was an accident.” Lana patted Kathy’s small shoulders.

“I miss my clothes. I’m not complaining about the uniforms.” Kathy brushed one hand across the pleats of the blue grey skirt she hated.

“How did that cat get in here?” Lana pointed to the black cat with a white chin curled up next to Kathy.

“I I I I don’t know.” She’d stammered sometimes since the accident. She looked at the ground.

“Was he here when you came in?”

“No.” Lana smiled. A pet would be the best thing for Kathy. “Why don’t you play with him for awhile and then we’ll start your speech exercises?”

It had been a hectic day. The demands of holiday schedules meant back-to-back scheduling of her usual clients. Lana hadn’t even looked at her Email yet. She took out her Blackberry. Why was a law office Emailing her? Had she finally inherited something? No, she’d always worked for everything and it didn’t look like that was going to change.

I represent the Slade family in their action against Safety Tire on behalf of Kathy. I’ve learned that you are working with Kathy’s trauma induced speech impediment. This will be useful for her Court testimony. I will attend her next session and evaluate your progress.”

It was signed Harlan Michaels. Who did he think he was?

“Hi there. I’m Harlan Michaels.” He straightened his tie and waited for the usual flirtation.

“I’m a trial lawyer For the family.” Why wouldn’t this woman speak? Who had the speech impediment? The kid or her?

“Obviously. I just did. Or I could have saved you some time. These sessions are confidential. You can leave now.”

Her eyes were a startling deep shade of green. You’d expect to find them on a cat. Not on a wholesome girl who looked furiously at him.

“I have authorization. From her uncle.” He winked at Kathy.

At five foot nine, without high heels, Lana wasn’t accustomed to looking up at men, particularly lawyers. With Harlan, she found herself in the unfamiliar posture of peering upward. She didn’t like it. She shook her head.

“You’re not welcome here. This is a private session. And I don’t care about her uncle.” She whispered quietly so Kathy wouldn’t hear.

“I care about Kathy. And I haven’t authorized you.”

Lana wasn’t the most gorgeous woman he’d ever seen and her imperious manner showed an appalling lack of deference to his wealth and stature. But nothing could excite Harlan like a long-legged blonde’s apparent indifference to having sex with him.

S
tephanie St. Claire had a vague feeling something was wrong. She’d expected her job to be fulfilling. It wasn’t. Life should be more like Cary Grant movies.

Mel Seams hired her at first sight. He’d actually flirted during the interview. After graduation, a lot of law firms wanted her but Mel Seams had grovelled in an appealing way. He’d practically begged her to take the job. Even for a woman accustomed to having a bewildering effect on men, his response seemed over the top.

She reduced anyone who sued Safety Tire to a mere parasite on the schematic food chain of life. They wanted something for nothing. And it was her job to make sure they didn’t get it.

“We have a trial setting conference in the Slade case today. Do you want me to go to the Court hearing?” She asked Melvin.

“Whatever. Why the hell were you going through cases I settled?” Melvin looked hungover again.

“I want to learn. I want to see how you handle cases.” She’d stayed late at night trying to learn more about the best approach to Safety Tire’s burgeoning cases. Melvin never seemed to have time to teach her. He just made leering gestures in the hallway when she passed by him.

“I don’t have time for this, Stephanie. You’re paid to work on your active cases.”

“I am working on my cases.”

“You know, I really don’t have time to talk to you. Unless you want to have dinner.” He leered.

“I just wanted to tell you that the claims department called about the Slade case. And Harlan Michaels called too.” She said.

“I don’t care about claims’ worries. That reminds me. You go to that Slade brat’s deposition. You have a nice face. Use it. The kid will like you. Try to get something damaging about the parents. You can do it. Stephanie, we’ve got to have a plan. This is a tough case.”

“I’ve been thinking about a plan.” Stephanie said.

“I already have one. Stephanie, anytime there’s a wheel or tire explosion there’s information we need to get out to the public, Stephanie. One, tires don’t cause accidents. People cause accidents. Look at the truck driver. Accidents are caused by people—their failure to drive properly, failure to maintain their tires and their cars correctly. And if not caused by people, accidents are caused by the condition of the road or the weather. As powerful as Safety Tire is, we don’t control either.”

“Then,” he said, leaning forward, “We want to find some dirt on the family. I’ve got an investigative team working on that right now.” He rubbed his hands together and smiled.

“Maybe the father was molesting her. That would be great. Now she’s better off with him dead. Unless she was enjoying it.” Melvin threw back his head and laughed.

Stephanie felt sick. She couldn’t work for this guy. Then she remembered she had bills to pay.

“The kid will trust you.” Melvin kept talking. “You have a nice face. Hell. You have a great face. Use it.” He rubbed his hands together again.

“You have charisma. But not like I do,” he said.

“Stephanie, I can’t stand Harlan Michaels. He’s the lawyer for the Slade family. I’d like to clean his clock out.” Melvin snapped a paper clip in two. Stephanie watched a metal piece fly across the room.