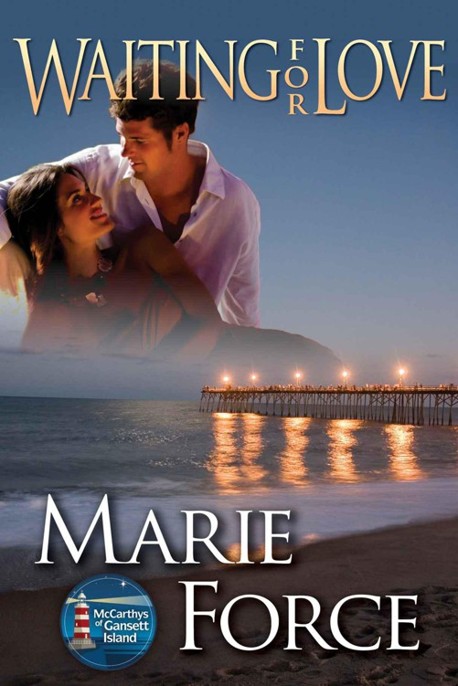 Who's Who on Gansett Island

Other Books By Marie Force

This ebook is licensed for your personal enjoyment only. This ebook may not be re-sold or given away to other people. If you would like to share this book with another person, please purchase an additional copy for each person or use proper retail channels to lend a copy. If you’re reading this book and did not purchase it, or it was not purchased for your use only, then please return it and purchase your own copy. Thank you for respecting the hard work of this author. To obtain permission to excerpt portions of the text, please contact the author at
[email protected]

The McCarthys of Gansett Island Series

For Julie and the eight-year job interview—we did it! We really did it!

Who's Who on Gansett Island

The Children of Gansett Island

The voice was familiar, so Adam sat up taller, hoping to overhear enough to figure out who she was without having to get involved.

“I’ve followed two men to the ends of the earth and regretted it both times. From now on, I’m off men. You heard it here first.”

A slight slur to her words had him wondering if she’d been drinking.
Who cares? What business is it of yours? Ignore her.

“Did I mention I’m
done
with men?”

Adam had no idea who she was talking to, and figuring that out would require him to turn around. And there was no way he was turning around. He had his own problems and no desire to take on someone else’s, even if it was possible that he knew her. He knew a lot of people. That didn’t mean he had to jump to their rescue when they were on the verge of making fools of themselves.

With the day stormy and the seas rough, the woman played to a captive audience inside the crowded cabin. Adam was used to rough rides. He’d been taking the ferry all his life. Others weren’t so fortunate, and the distinctive sound of barfing soon filled the airless cabin.

Rough seas and rocking boats had never made him sick. The smell of vomit, however… No one was immune to that. He got up and told himself to get out of there. Walk to the door and the fresh air… But curiosity got the better of him, and he made the huge mistake of turning around.

His mouth fell open when he saw his brother Grant’s ex-girlfriend Abby Callahan scrambling for the garbage can.

While she was violently ill, Adam stood paralyzed with indecision. She hadn’t seen him, so he could still get out of there unscathed. And then, as if Adam had conjured him from a dream, Big Mac McCarthy’s voice sounded in his conscience, warning of dire consequences if Adam walked away from a family friend in her time of need.

Not for the first time in his adult life, Adam cursed the values his father had hammered into him and his brothers from the time they were young boys.

He took a deep breath he instantly regretted due to the pervasive smell of vomit filling the cabin, choked back a wave of nausea, walked toward her, took her by the arm and escorted her outside.

Naturally, she fought him off. “What do you think you’re doing?” Her words were garbled and slurred, and she smelled as if she’d spilled an entire bottle of eighty-proof something or other on her clothes.

“Did you sleep in a bar last night?” he asked when they were outside and both taking deep, gulping breaths of cold, damp, fresh air.

“Adam,” she gasped when she realized who he was. “No, I did
not
sleep in a bar. I had two drinks on the plane this morning, and the man in the next seat spilled his tequila all over me.”

Adam cringed at the thought of tequila for breakfast. Those days were a distant memory. “As I recall, you don’t drink.”

She wobbled when the boat pitched violently to the side, and he steadied her with a hand to her arm. “I had an occasional glass of wine,” she said as she pushed him away. “I’m all done being a nice girl who does what everyone expects of her. I’m going to drink and party and curse like a sailor and have sex with strangers and…” Her chin began to quiver.

“Since you’re new to swearing, you might consider adding a ‘god’ in there.” She seemed to have no idea what he meant, so he elaborated. “
God
damned is a lot more hard-core than plain old damned.”

“What’re you even doing here? Don’t you live in Texas now?”

“Not anymore.” Her chin trembled violently, and tears spilled from her eyes as if someone had turned on a faucet.

Adam was instantly sorry he’d asked. Mascara ran down her blotchy face as she sniffed and sobbed. Because he was too much of a gentleman not to, he patted her shoulder and muttered a soothing word or two, all the while wishing the deck would open up and swallow him.

He’d had a hellish few days of his own and didn’t need to take on anyone else’s problems. In the midst of a professional implosion the likes of which he’d never imagined possible, he’d received word from home that his brothers were missing in a boating accident. Thankfully, they’d all been found safe, but Adam wouldn’t be completely at ease until he saw them with his own eyes.

As for Abby, the last he’d heard, she was engaged to the island’s former doctor, Cal Maitland, and living with him in his home state of Texas. Adam took a surreptitious glance at her left hand and didn’t see a ring. Uh-oh. Even as he wondered what’d happened between her and her fiancé, he didn’t dare risk more tears by asking.

“I’m homeless at the moment,” she said after a long period of silence as the boat bobbed and weaved through the surf.

Retching noises from the deck above had Adam pulling Abby back from the rail, just in time to avoid a direct hit.

The momentum propelled her into his arms. She pressed her face into his shirt and broke down into sobs.

Oh, for God’s sake! Why had he turned around back in the cabin? Why had he allowed himself to get sucked into this situation? None of that mattered now that he was firmly
in
the situation. Because he’d known her all his life, because she’d very nearly married his brother, he put his arms around her and patted her back. “It’ll be okay.”

“No, it won’t.” She sniffed and seemed to be using his shirt as a tissue. Lovely. “It’s never going to be okay again.”

“That’s not true,” Adam said, though he tended to agree with her. He’d had the same feeling repeatedly in the forty-eight hours since his world blew up in his face.

“It is true. All I ever wanted was to fall in love with a wonderful man, get married, have a family and maybe a career that satisfied me. Now I have nothing. I gave up my business for him! Do you
know
how successful Abby’s Attic was?”

“I heard it was very popular.”

“I made a quarter of a million bucks there last year, and I walked away from it like it meant nothing to me. All for a man who wasn’t worth my time.”

While Adam knew he should at least attempt to defend mankind, he was stuck on the money. “You made a
quarter million
dollars selling T-shirts?”

“And toys. There’s big money in toys, especially when you’re the only toy store on the island,” she said, hiccupping loudly. Her hand covered her mouth. “Oh my. Excuse me.” This was followed by another hiccup, louder than the first, and more tears. “My life is a mess.”

He shouldn’t ask. It was none of his business. And yet… “What happened with Cal?”

She used her own sleeve—thankfully—to wipe her nose and eyes, which smeared the mascara into dark smudges under her eyes. “His ex-girlfriend happened. Apparently, he’s not completely over her, or some such baloney.”