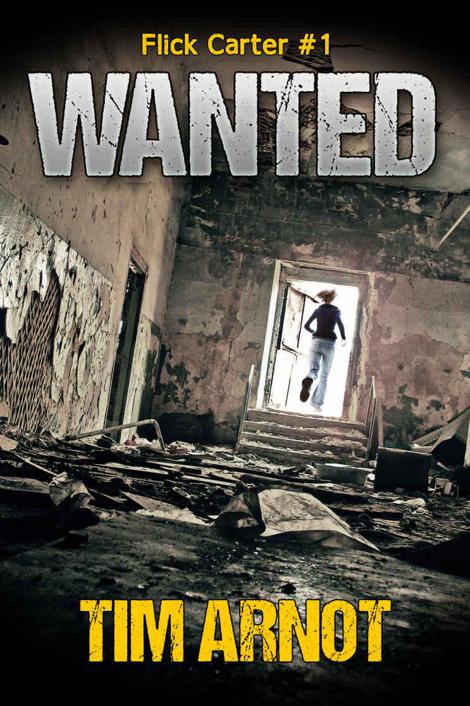 No part of this publication may be reproduced, stored in a retrieval system, or transmitted, in any form or by any means without the prior written consent of the publisher, nor be otherwise circulated in any form of binding or cover other than that in which it is published and without a similar condition being imposed on the subsequent purchaser.

The moral right of Tim Arnot to be identified as the author has been asserted in accordance with the Copyright, Designs and Patents Act 1988

The characters and events in this story are fictitious. Any similarity to real persons, living or dead, is coincidental and not intended by the author.

This book was written, produced and edited in the UK, where tea is drunk hot, colour, honour etc. are spelt correctly, Z rhymes with Fred, and Lieutenant is pronounced LEFF-tenant. Remember that, especially the Lieutenant bit. ;-)

1
The Scav and the Sky-Kart

SHEA THREW HIMSELF flat on the ground, scared out of his wits. The damp, earthy smell of the forest floor was strong in his nostrils. Green shoots were starting to push their way up through wet leaves covering the ground. Something had spooked him and now he risked a glance up, to see a quivering arrow buried in the tree, just inches from where he’d been.

‘Shit!’ he muttered, and pressed himself further down. He listened, heightened senses reaching out for the smallest of sounds. He could hear the thump-thump of his heart, but nothing else; the forest was strangely quiet; the birds had stopped singing, even the sighing of the wind through the almost bare branches had stilled. Maybe the arrow was just a stray and he hadn’t actually been spotted. There were no shouts or cries of alarm, but then again, there wouldn’t be if he was being stalked.

Seconds passed. The silence was gradually replaced by the normal sounds of rustling branches and birds singing. He risked a small movement, reaching out for his leather bag.

So far so good.

He raised his head to look around. Trees, the derelict red brick building that he’d stopped to investigate, and beyond, the clearing where his rag and tube sky-kart sat waiting for him. He took a closer look at the arrow. Brown and white feathers were tied on with thread, along with several more coloured bands, the flint tip embedded a good half inch into the tree. Hunters, or possibly bandits, slavers even. At least it wasn’t Kingsmen. Kingsmen had guns–ancient things from way back before The Collapse, but still guns–not bows and arrows, and they rarely missed their target. Whoever owned the arrow would certainly be looking for it; arrows could be reused and weren’t lost lightly.

He cautiously reached down to feel the knife in his belt. It was an ordinary hunting knife, old, handed down from generation to generation, but no good for throwing. He’d have to fight hand to hand, or make a run for it. One knife against a hidden archer? He didn’t like those odds.

‘Happy eighteenth birthday, dumb arse,’ he muttered to himself.

It had been a routine flight, heading east from his home in Bristol. The sky-kart was little more than a buggy with a propeller on the back, strapped under a massive fabric and solar panel delta-wing. The buggy had two seats in tandem, but he had been flying alone. He’d been told to stay close to home, but it had been a nice day, the first truly nice day after nearly a month of rain, and he’d just kept going, and going. Then he’d seen the clearing and the complex of old buildings, and the urge to scavenge was just too strong. So he’d landed in a nearby grassy field and crept in to investigate, hoping to find something of value that would compensate for the trouble he was sure to be in later.

‘Never, ever land anywhere where you don’t know exactly what’s on the ground or who’s in the area!’ That was the first thing said to him in the briefing. He’d pretty much ignored that advice and now regretted it.

The buildings turned out to be the derelict remains of ordinary houses. The roofs had collapsed, and there was little sign of where the gardens had been. They’d been picked clean over the years, by the locals and other scavengers. Shea had found nothing of value, just a few scraps of blue plastic sheeting; hardly worth bothering with, yet alone getting shot at for.

Static burst from his radio, staccato and loud enough to make him jump. Instinctively Shea reached for his belt, fumbling for the knob to switch it off.

The slightest sound could give his position away–that was the last thing he needed and so he had to get out of there, and fast. He was struck by the sudden realisation of what might happen if he were caught; a severe beating, that was certain, but then would they imprison him? Or kill him? Out here he was just a dirty, stinking Scav. They didn’t know who he was, and wouldn’t even care.

He tensed himself and sprinted to the wall of the nearest house. It faced away from the direction of the arrow, so afforded at least some protection and the chance to take stock. He eased along the side of the wall, staying close and stopping frequently to listen for anything that might suggest he was being followed; the snap of a twig, the rustle of a branch or feet through leaves. So far it had been quiet, but now he had run out of wall. He sprang forward and ran as fast as he could.

He was half way to the sky-kart when he heard the first shout, and immediately swerved to the right. That saved his life as an arrow tore past him. Another arrow ripped through the air as he crossed the last stretch of open ground, embedding itself in the cloth wing. He clambered into the front seat, not even stopping to fasten his belt before jamming the throttle forward. The electric motor came instantly to life, and within seconds the rag-and-tube machine started bumping across the grass. There was one last clang as an arrow bounced harmlessly off the spinning disc of the propeller behind him, and he was airborne.

‘Shit, that was close!’ He felt a sense of relief, even though his heart was pumping furiously. He forced himself to take deep, regular breaths, calming himself down. When he’d gained sufficient height that he judged himself to be out of the range of any further arrows, he circled around and looked down at the clearing. Whoever had shot at him was nowhere to be seen. Up here it was safe, and all he had to worry about now was getting home, and how much trouble he’d be in when he got there.

‘Turbulence?’ he wondered. Then it started shaking violently. Something was seriously wrong.

‘Training… Training… Don’t panic,’ he muttered to himself.

He held tightly onto the cross-bar. The aircraft tossed and bucked like a wild thing. Why did he not stop to fasten his safety belt? Because someone was trying to kill him! Well now his sky-kart was trying to kill him! It must be the prop, or the engine. He didn’t dare look around, it was hard enough just holding on. If he fell out, he would be dead for sure. The sky-kart lurched, pointing rapidly upward and Shea’s view filled with sky. Then down again and the ground loomed.

It seemed to go on for hours, bucking like a bronco and shaking the sky-kart to pieces in slow motion.

He had had many months of training, but several of those months had been spent sitting on the ground cursing the wind, or looking at the snow, or the rain, or the fog. Some of them had been spent doing useful stuff, like practising for emergencies, and those months now finally kicked in. He reached down and flicked the switch that cut off the motor. It was the last thing that any pilot wanted to do, and the effect was immediate.

The violent shaking stopped. It was calm, still. Just the sound of the wind in his hair, not even a hum or gentle vibration from the motor. Then Shea noticed the ground rushing up to meet him.

‘Recover! Recover!’ He shouted to himself, pushing forward on the bar, and pulling out of the dive. He’d lost a lot of height–too much–and his options were limited. The sky-kart would glide for a while, but there was no escaping the ground. He was going to hit it, the only question was, how hard.

He only had seconds to pick the spot. Not too close; not too far. He still had a limited amount of control. He could turn a little, but turning cost height and speed, and he didn’t have too much of either. There, just ahead at the base of the ridge, the trees hadn’t encroached into the ancient fields and there was open space. Decision made, he concentrated on flying the craft. The wind, swirling off the ridge and the trees bounced him around. He was level with the tops of the trees now; this was it. Then a gust of wind picked up one wing and tipped it. He tried to correct, but it was too late; there was no time.

FLICK STOOD BY the heavy wooden gate as the bay horse trotted through the archway, its shoes clattering on the shiny wet cobbles. With a barely perceptible tug on its reins the horse came to a stop at the rear entrance to the coaching inn, snorting as it did so. Flecks of foam dripped from its flanks, and jets of steam erupted rhythmically from its flared nostrils, merging with the cold March drizzle before fading into the early evening gloom.

Flick grabbed hold of its reins. ‘Steady boy,’ she said, patting his neck.

The carriage to which the horse was harnessed was black and sleek. Lights from the inn reflected in its polished surface, catching the myriad raindrops and making it sparkle like jewellery. It had the classic lines of an old luxury automobile, which, in fact, it had once been. Shafts extended from the front, and leather straps ran to the horse’s collar. The reins passed into the cabin beneath the windscreen. Flick stroked the horse’s neck as the vehicle’s doors opened.

Just then a large, balding man came out of the side entrance. He wore a grubby apron over a rough woollen shirt, and wiped his hand on it as he approached them.

‘Welcome, welcome to the Crown Inn,’ he said. ‘My name is Carter; Nicholas Carter, Nick to my friends, and I’m the proprietor. And this here is my daughter, Felicity.’ He indicated Flick. ‘We hope you have a pleasant stay here.’ He stopped and smiled. Realising he was still wiping his hands, he quickly smoothed his apron, and extended his right hand for them to shake, his smile fixed.