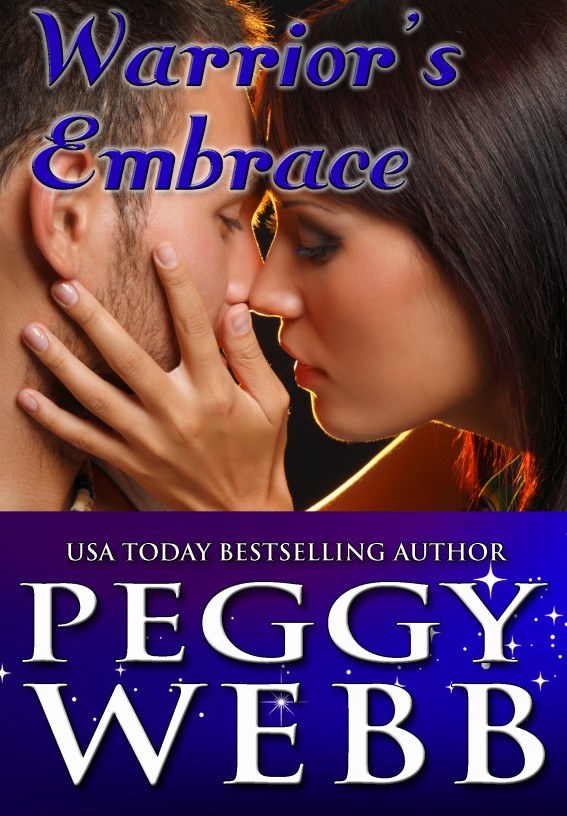 The Secret Life of Elizabeth
McCade

All rights reserved. This anthology is a work of
fiction. The events described are imaginary, and the characters are
fictitious and not intended to represent specific living
persons.

Excerpt for use in any review, the reproduction or
utilization of this work in whole or in part in any form by any
electronic, mechanical or other means, now known or hereafter
invented, including xerography, photocopying and recording, or in
any information storage or retrieval system, is forbidden, without
the written permission of the publisher.

Published in the United States of
America

PRAISE FOR THE AUTHOR

PRAISE FOR THE
AUTHOR

and friends that navigates a spectrum of emotional
minefields.”

“With The Sweetest Hallelujah, Webb has joined the
ranks of the Southern literary greats.”

“An unforgettable story told with astonishing skill
and clarity by a truly gifted writer.”

“Enchanting …magical moments of insight that took my
breath away!”

“A magical story…lyrical and powerful.”

“A story so moving and lyrically written it
sometimes seems like a dream.”

On The Language of Silence by Peggy Webb

“Recommended for fans of Water for Elephants.”

“Beautiful and terrifying…the kind of book you want
to say, Go away, go away, I’m reading.”

To my dear friend, Shirley, who fought with
grace and courage against breast cancer—-and won.

“Bolton, I need you to fly down to
Mississippi and interview Virginia Haven.”

Bolton’s horse was saddled, his camping gear
packed, and his dog waiting at the door. Outside his window the
White Mountains beckoned. He hesitated only a moment before
answering.

“I’m going camping. Send somebody else.”

“Who? Luke Farkins? Samuel Bevins? She’d chew
them up and spit them out.”

“That’s not my problem.”

“Look, Bolton. Virginia Haven is the hottest
writer today. She’s just come out with another blockbuster, and
every magazine in the country wants a shot at her. But
we
got her. You understand that? She’s granting
one
interview, and she’s requested you.”

Bolton Gray Wolf felt a surge of adrenaline.
The wind sang through the trees, his horse whinnied, and his dog
tugged at his pants’ leg. Still, he was being granted an exclusive,
and with a woman who was said to be as difficult as she was
famous.

“Don’t you ever look in the mirror? Women
bare everything they’ve got when they see you. You’re the only
photojournalist alive who could make the presidents of Mt. Rushmore
give up their secrets.”

“That’s what I just said. Come on, Bolton,
stop giving me a hard time. You know you love a challenge.”

He did. And that’s why he unpacked his
camping gear, repacked for the muggy Indian summer days of
Mississippi, and apologized to his horse and his dog for the
inconvenience of a delayed trip.

His dog Bear forgave him with a thorough
tongue bath, and the stallion Lancelot nuzzled his hand and
permitted extra stroking. He stayed so long in the stables, he had
time to do little more than change his shirt and run a brush
through his wild black hair before his date with Janice Blaine.

They’d been seeing each other off and on for
three years. Janice was a good friend, an adequate lover, and a
darned good schoolteacher.

“Hi, Bolton. You look nice.” She always said
that, and she always greeted him with a kiss on the cheek.

It was Thursday, spaghetti day. After dinner
they sat for a while on the front porch holding hands; then when
the stars came out they went inside to her small bedroom.

Theirs was a comfortable routine, broken only
by her occasional pleas for commitment. Around midnight she stood
barefoot at her door and begged him to stay.

“I can’t, Janice. I’m flying out early
tomorrow, and I have to go home and get the rest of my gear
together.”

“If we were married, I would help you get all
that together, and you could get a good night’s rest.”

The back of her neck was warm and soft where
Bolton rested his hand. Janice was sweet, intelligent, and
attractive. She would make a good wife and a great mother.

Tears glittered on her lashes as she took his
silence for yet another refusal. He gently kissed them away.

She clutched the lapels of his soft doeskin
shirt. “Promise me you’ll think about it, Bolton. Promise!”

Bolton wanted marriage and children, and at
thirty- five he wasn’t getting any younger. Of course, what he
really wanted was the kind of marriage his parents had, a union
full of fire and magic. Over the years he’d kept hoping to find
that kind of love, but it had eluded him.

He thought of all those things on the drive
back to his cottage. The dilemma kept him awake most of the night,
and on his way to the airport he stopped and bought Janice a ring.
If the purchase didn’t fill him with joy, at least it gave him a
sense of movement into the future.

Sometimes a man had to settle for what he
could get.

On the plane he forgot about the ring in his
pocket. Instead he concentrated on the impending interview. Bolton
Gray Wolf prided himself on the excellence of his work, and he
wasn’t about to go unprepared for an interview with the indomitable
Virginia Haven.

Bolton liked to get the lay of the land
before he announced his presence.

The first thing that caught his eye was the
stallion. It was an Arabian, strong, surefooted, white as the crest
of the snowy egret and as swift as the north winds that whirled
down from the White Mountains and overtook the tribal lands in
winter. If he could have a chance to ride that horse, then the trip
to Mississippi would be well worth his time.

The second thing he noticed was the woman.
Tall and lithe, with autumn sunlight streaking her honey-colored
hair, she rode like an Apache.

“Last one home is a rotten egg,” she
called.

The wind caught her laughter and flung it
carelessly toward Bolton as if it were something ordinary instead
of a rich, husky sound.

He shaded his eyes to see her better. She was
a striking woman, made even more so by the white stallion she rode.
The Arabian was a strong-willed, powerful horse, but even at a
distance there was no doubt who was in charge.

Over the ridge behind her galloped another
Arabian, a perfect match to the one now in a full stretch just
beyond the barn where Bolton waited. The rider was female, as blond
as the first but not quite as tall and definitely not as sure in
the saddle.

Could they be twins? He’d been told that
Virginia Haven had only one daughter, but the resemblance was so
strong these two had to be sisters.

The second horse raced to catch the first,
but both horse and rider were outmatched. In a whirlwind of dust
the first Arabian wheeled to a stop a few feet from Bolton, and the
rider dismounted, her hair flying and her face flushed.

“That’s no fair.” The second rider came to a
stop a few feet away. “You always win, Mother.”

Mother! Bolton prided himself on judging a
thing right the first time around. He studied Virginia Haven to see
what he had missed. Suddenly she wheeled toward the shadows where
he was standing.

“Strangers have been shot for less than
that,” she said.

Virginia Haven strode toward him, leading
with her chin in the defiant way of a woman not accustomed to
making idle threats. Bolton had been told she hated being
interviewed; he hadn’t been told she would be openly hostile.

He stepped into the sunlight. “I can assure
you I’m not dangerous,” he said.

Virginia gave him a frank appraisal that
would have made lesser men cringe.

“That remains to be seen,” she said.

Virginia turned to her daughter. “Go on to
the house, Candace. I’ll handle this.”

“Oh, brother.” Candace tossed her reins
toward her mother, looked as if she might say something else, then
changed her mind and headed toward the house.

Nobody in his right mind would call such an
imposing layout a mere house. It sat atop a hill in a grove of
pecan and oak trees, its wings and gables and porches sprawling in
every direction. A garage big enough for at least six cars was
attached to the west wing, and a courtyard that might have belonged
in Versailles overlooked a six-acre lake.

Bolton was neither intimidated nor impressed.
Son of the ever-practical Jo Beth McGill, who preferred canyons to
castles, and Colter Gray Wolf, whose taproot was deeply embedded in
his Apache homeland, Bolton was a child of nature. For him beauty
was the morning sun breaking through the mists of the White
Mountains, a fawn wading through a clear brook, an eagle soaring
into the vast expanse of Arizona sky. Nature in its untamed state
had more appeal to him than fancy houses enclosed with wrought iron
fences and protected by security guards.

“I know who you are. In the first place, I
asked for you, and in the second, you would never have gotten past
the front gate without credentials.”

Holding on to the reins of the two powerful
Arabians as if they were nothing more than Shetland ponies,
Virginia started into the stables. “You can wait at the house,” she
told Bolton as she wheeled past him. “Candace will make you
comfortable.”

His blood thundered through him like
waterfalls after a spring thaw. It wouldn’t do to let this woman
get her bluff in.

“I prefer the stables.”

Bolton stepped in close and took the reins of
the Arabians.

“My horses don’t like to be handled by
anybody except me.”

Ignoring her, Bolton rubbed the horses and
spoke in the ancient mystical cadences of his people. The Arabians
proved her wrong by responding to Bolton like children heeding the
Pied Piper.

No one had ever dared be so bold with her.
Virginia would have put any other man in his place within five
seconds flat, but Bolton Gray Wolf was not just any man. Besides
looking like something she’d love to eat every morning for
breakfast, he had an intriguing aura about him, an aura of mystery
and power.

Sliding Scales by Alan Dean Foster
Try Not to Breathe by Holly Seddon
Remember Me by Serenity Woods
Hall, Jessica by Into the Fire
El asno de oro by Apuleyo
The Dream Runner by Kerry Schafer
Latched (Coronado Series Book 1) by Hart, Lea
The Precious One by Marisa de Los Santos
Blue Bedroom and Other Stories by Rosamunde Pilcher
Midnight Games by R.L. Stine