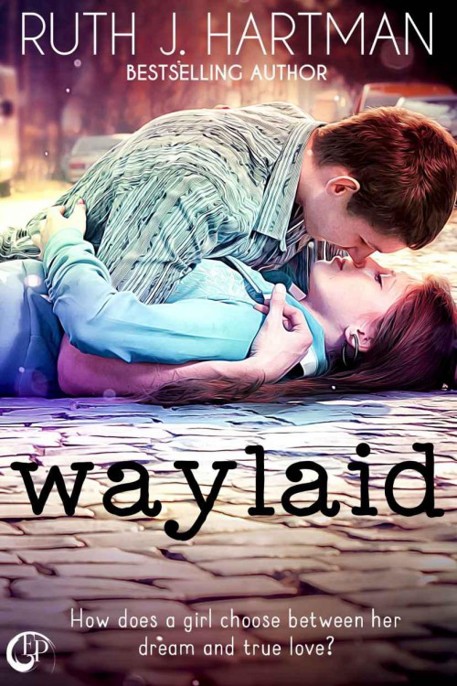 Cover Art Design by For the Muse Designs

This is a work of fiction. Names, places, characters, and events are fictitious in every regard. Any similarities to actual events and/or persons, living or dead, are purely coincidental. Any trademarks, service marks, product names, or named features are the property of their respective owners and are used for reference only and not an implied endorsement.

Except for review purposes, the reproduction and distribution of this book in whole or part, electronically or mechanically, without the written permission of the publisher is unlawful piracy and theft of the author’s intellectual property. If you would like to use material from the book, other than for review purposes, please obtain written permission first by contacting the publisher at [email protected]

Thank you for your support of the author’s rights as provided for in the U.S. Copyright Act of 1976.

For subsidiary rights, foreign and domestic, please contact the publisher at [email protected]

Other titles by Ruth J. Hartman

A Courtship for Cecilia

Romance at the Royal Menagerie

Rescued by a Duke

Time for a Duke

Mind of a Stranger

Murphy in the Paw-Paw Patch

To Garry, the love of my life. Thank you for taking the journey of life with me. I will love you always.

I couldn’t make
her stop. My friend Kendra was relentless. Just like the first day of kindergarten when she latched onto my hand and cried until I said I would be her friend. And she just never let me go.

“Addy, you have to come. Please, I’m begging you.”

“Why would I want to go to a dance club?” I shoved my books in my locker and slammed the door. I sure wouldn’t miss that bent metal door or the way I had to ram the door with my hip to make sure it stayed closed.

“It’ll be fun.” Her pretty blue eyes sparkled. They always sparkled when it involved fun.

“Don’t grumble at me because I have a boyfriend. You have one too.”

Yeah, thanks for pointing that out.
“But in case you’ve forgotten, I’m trying to find a way to
not
have that boyfriend.”

What
had
I been thinking? To start dating a junior when I was a senior? And I wasn’t planning on staying in town after graduation. No. Way. That meant the boyfriend had to go. Soon.

“So dump the guy.” She rolled her eyes. “That’s what you usually do.”

“Nice, Kendra.” I started down the hall. She followed me like an obsessed puppy, her paws thumping against the floor. Glad I couldn’t see a tail wagging.

“Well, that’s what you did to Josh and Matt and Brad—”

“Hey!”
A football sailed through the air, heading straight for Kendra’s face. I grabbed her arm and yanked her to the side.

“And don’t forget Mike and Terry and—”

The football went back in the other direction, followed by three jocks shoving past us. The one on the far left flipped me off over his shoulder.

Great, he thought I was playing hall police.

Apparently oblivious to the game of hallway football, Kendra danced along next to me.

“And especially don’t forget Ali. Lucky you, getting to go on that trip with your parents and sitting next to him on the plane. Still wish I could’ve have met him.”

I snorted. “You didn’t miss much.”

The football players formed a huddle in front of us. Ugh. How obnoxious. And why did they have to smell like they’d rolled in sweat? Kendra went to the left and I moved to the right and we met on the other side.

“Addy, he’s a freakin’ prince! From someplace way far from here. Like in another state.” She fanned her face with both hands.

“Country. Another country. Saudi Arabia? Remember that from geography… Never mind. He really embarrassed me when he offered my dad fifty-one camels for me. What kind of guy thinks he can buy a wife? The nerve! Besides all that, Ali is pushy and opinionated and—”

“And gorgeous, if the picture you showed me was accurate.”

I huffed out a breath. “And short. He has little man syndrome.”

Kendra put her hand on her hip. “What’s that?”

“When a guy is small but wants to be tall so he makes up for it by being obnoxious.”

Two of the jocks trotted past, lobbing the football back and forth. The one on the left nearly crashed into a couple making out by the lockers. I laughed.
Sweet.

She poked me in the shoulder, which I hated. “So you’d be a kept woman. You wouldn’t have to work. You could lie around all day and have servants bring you things. Sounds great to me.”

“Not to me. I highly doubt if I married someone like him I’d be allowed to go to college to be a veterinarian.” We stepped around a nerdy girl with a backpack the size of a car. How did she not fall over backwards?

“Why is that such a big deal anyway? Won’t you just get married and have kids someday? What’s the point of wasting all that time at college?”

I blinked. “What century are you from?”

Kendra stopped in her tracks. Opened her mouth to say something and closed it again.

Poor baby. Might strain her brain
. “Never mind.”Impatience took over, and I ground my teeth together.

“Of course, at college I bet there’re some extreme parties.” Kendra flipped her hair over her shoulder as if trying to impress some frat guy.

I shook my head. “Even so… It’s not that I want to be mean to guys I date. I just haven’t found a guy who’s worth hanging onto.”

“So go tonight.” She poked me in the shoulder again. “You never know. He might be there.”

A girl passed by me and smiled.
Wait, did she just wink at me? Eeewww!

I laughed. “Please. At a dance club? That’s the last place he would be. No, I’m looking for somebody with aspirations. Goals. Someone who’s going places.”

As much as I loved her, Kendra wasn’t the brightest. “What I meant was I want to meet a guy who has an interest in a career. A life. You know—” I moved my hand in a circle, trying to make my point. “—like
grownups
have.”

“About to graduate in a few weeks. Don’t you have any plans for after graduation?”

A dreamy smile played on her lips. “Marcus and I want to sneak away and go camping in Hobbs Valley.”

“Kendra. That’s short term. Don’t you have any plans? You know,
plans?
Like what you want to do with the rest of your life?” I seriously worried about her.

“Who wants to get all serious and think about boring stuff like that? I’m too busy having fun.” She waved at a group of cheerleaders. Who
didn’t
wave back.

“Fun is great, but it’s not everything in life.”

“Sorry to burst your bubble.”

“Then just come tonight as a favor. To me.” She grabbed my hand and started swinging it like she had when we were in first grade. “I’m begging you. You can dance. We’ll have fun! Like a last fling before you go off to college to live out your
plan.
”

I tugged my hand from hers and glanced around.
Please let no one have seen that!
“Why is it so important that
I
go, Kendra? You’ll be spending the whole evening with Marcus.”

She lowered her gaze and smoothed a nonexistent wrinkle from her sweater. “Because I already told my mom I was staying all night with you.”

“Kendra!” I let out a frustrated sigh. “Haven’t you learned your lesson? You tried that before. Don’t tell me you’ve already forgotten your dad standing on my parents’ front porch at three a.m. looking like he wanted to string you up from your mom’s clothesline when he couldn’t find you.”

“So his face really was red, huh?” One corner of her mouth went up. She was proud of it?

“More purple. Like a grape. Can you blame him?”

“I guess not. Though Marcus and I did have fun making out on that park bench.”

I tapped my boot on the hallway floor. “Kendra. One of these days you’re going to learn that you have to take responsibility for your actions.”

“Don’t mean to. It’s just that—” I clenched one hand in frustration. “—ever since we hit second semester of senior year, I’ve had this itch to move on. Leave this tiny town and actually
do
something with my life. Somehow sneaking around and lying to my parents doesn’t seem as cool anymore.”

“That’s why you have to come.” She grabbed my hand but thankfully didn’t swing it, just squeezed and let go. Then I won’t be lying to mine. Again.”

“Kendra, I really don’t want to go. You don’t need me there. With Marcus around, I doubt you’d even have time to talk to me. Besides, I’m not wanting to meet someone at a club. I’m trying to nicely get rid of my current boyfriend.”

I sighed. “Yes, he’s very cute. That’s what got me in trouble dating him in the first place. When he looks at me with those puppy-dog eyes and wants to kiss me…”
Great, now I’m doing it.
“Ah! Stop talking about Jud. The point is, I have a plan for my life and it doesn’t include a boy who only wants to party and drink.”

“But you’ve done those things.” Her finger edged toward my shoulder but I stepped away.

“True. But there comes a time when a person—”

“Has to grow up. I know. Listen, Addy. You know me pretty well, right?”

“Yeah…” I bit my lip. This could only mean trouble for me.

Kendra curled one lock of hair around her finger. “So you know how I almost always get my way.”

“And knowing that, it won’t surprise you when I say that I will bug you every second of today until you say yes.”

“Poke you in the shoulder.” She leaned closer.

I leaned away. “Quit saying—”

She pumped her fist. “Just like always. See ya tonight.”

Kendra hurried down the hall before I could stop her. What was it about her that I couldn’t tell her no? In all the years I’d known Kendra, that inability had always gotten me in hot water. Soon, though, I’d be away from here, ready to start my new life on my own. Then she wouldn’t be able to goad me into things I had no desire to do.