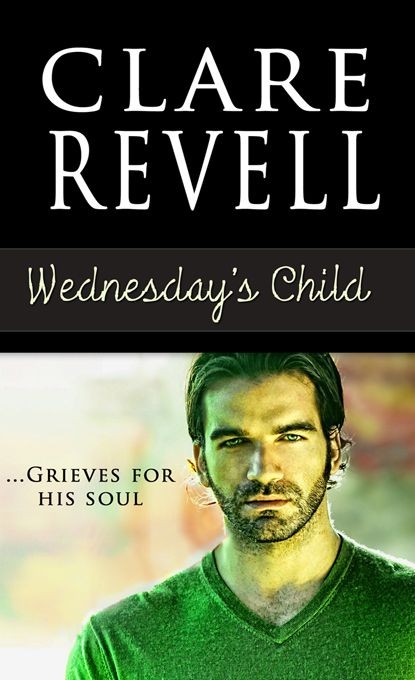 Other titles by Clare Revell

This is a work of fiction. Names, characters, places, and incidents either are the product of the author’s imagination or are used fictitiously, and any resemblance to actual persons living or dead, business establishments, events, or locales, is entirely coincidental.

Monday’s Child must hide for protection

Wednesday’s Child grieves for his soul

Friday’s Child is a man obsessed

And Sunday’s Child on life’s seas is tossed

Awaiting the Lifeboat that rescues the lost

Other titles by Clare Revell

Packed with action and laced with faith, this romance builds excitement for the next book in the series of seven romantic suspense novels based on a rewrite of the popular nursery rhyme, Monday’s Child. ~ Author, Dora Hiers

I stand in awe of Revell’s ability to pack an entire novel’s worth of action and emotion into so few pages. ~ Author, Delia Latham

What a wild ride in
After the Fire
! Ms. Revell created a sweet romance within a beautiful setting, but don’t let that fool you. There’s plenty of action in this book as Freddie and Jason work to uncover the truth. Just when you think you’re near ‘The End,’ Ms. Revell pulls out a few more surprises. ~ Author, Dora Hiers

known as three point one four. Patrick is Liam’s

Mkewe
—Swahili for his wife

Wednesday’s child grieves for his soul...

‘For I know the plans I have for you,’ declares the Lord, ‘plans to prosper you and not to harm you, plans to give you hope and a future. Then you will call upon me and come and pray to me and I will listen to you. You will seek me and find me when you seek me with all your heart.’ Jeremiah 29:11-13

The melodic rise and fall of thirty children’s voices raised in worship drew Liam from his desk to the doorway of the mission office. He gazed over the sandy compound already shimmering under the intense blaze of the sun, and it was still two hours before noon.

On the steps of the school house, his wife of three years, Sally, sang with the orphaned children, her clear soprano leading the way, her hands guiding them with the actions. “The rains came down and the floods went whoosh, and the house on the sand fell flat, like that.”

Liam laughed as, at the last two words, all the children, whether they were four, sixteen, or somewhere in between, fell to the ground in unison. Without this mission, these children would be on the streets, the boys press-ganged into the local militia, a much worse fate awaited the girls, with very few of them surviving into adulthood.

The name of the mission was
Matumaini
which was Swahili for hope. And with God’s grace, that is what all these children now had. They’d leave here educated and, God willing, with a faith that would last until they were called Home.

Sally sat on the steps, explaining the story behind the song they’d just sung. Once she finished, he’d take them inside the relatively cool building for their next lesson. This was only the second week he and Sally had been here. Sent from Headley Cross Baptist on a short term mission, now neither of them could imagine ever doing anything else. Once they got home next month, they’d look into doing this permanently.

Happy and content to serve God this way, they’d agreed to put off having a family of their own for a couple more years. Sally would make such a good mother. But right now she was a surrogate mother to a whole load of children who needed her. And she excelled at it. He hadn’t seen her happier since the day he married her.

A truck engine caught his attention and Liam turned towards the gate. They weren’t expecting anyone and the supply truck didn’t come until tomorrow. As he took the three steps down to the sand, the truck accelerated, bursting through the gate with a crash, a screech of metal and chink of chain.

In a heart-stopping instant, the joy vanished.

Blood pounded in his ears. A stomach churning realization gripped him. His breath caught in his throat as four heavily armed men leapt to the ground, the instant the truck swerved to a halt in a cloud of sand.

Gunfire filled the air. The children leapt to their feet, screaming, panic-stricken.

Sally ran down the steps, putting herself between the children and the gunmen, ordering the youngsters to run inside and hide.

Liam began sprinting across the compound, desperate to get to his wife. “Sally…”

She turned, just as a hail of bullets caught her body. She staggered and fell, the force of the gunfire twisting her around.

“Nooooo….” Liam ran faster. A bullet ripped into his shoulder and he cried out, falling to the ground. Another shattered his knee. Pain ricocheted through him. He started to crawl across the compound, sand filling his seared lungs. Every breath he took was a gasp of effort. Every movement sent shards of agony through his battered body.

God, please, help us. Let someone get to the armory and protect us. Let me reach Sally. God, defend us against these men. You are all powerful, overrule here. Stop the assault. Save us.

Around him, the sound of gunfire mingled with deafening explosions. Another bullet tore into him, knocking him to the ground again. He laid there, blood streaming from his face, more pain slicing through him. Darkness rushed towards him like a freight train and slammed into him, sounds fading, as it carried him away with great speed.

When he opened his eyes, the truck was gone. Crackling and roaring filled his ears and an orange glow lit the compound. Thick black smoke belched from the buildings, mushrooming into the blue sky. Bodies of the children and other missionaries lay around him. He had to get to Sally. Her hand stretched towards him, eyes beseeching him to do something. He tried to stand and fell back to the ground his knee exploding in pain. Ignoring the agony from his torn shoulder, he pulled his way across the sand towards her. It seemed to take forever before he finally gathered her into his arms.

He wanted to speak, to tell her he loved her and not to leave him, but he couldn’t. His jaw wouldn’t work. Blood dripped off his face onto her shirt.

Sally whimpered in his arms and her grip on him loosened. Her head fell to one side.

Smoke and flames rose high into the air.

He looked down at his wife. Tears ran unabated down his face before he finally gave into the consuming blackness, falling face down across her lifeless body.

Liam Page placed his lunch order in the café and then glanced at the clock on the wall. Where had his lunch hour gone? Twenty minutes to eat this before he was due back. A sure fire way to guarantee heartburn if ever there was one. He should’ve stuck to ‘plan A’ and eaten lunch at work. Or at least gone home to pick up his lunch from where it still sat on the counter by the kettle where he’d left it. ‘Plan B’ would have worked if there wasn’t a ten-mile queue in the bakers. ‘Plan C’ failed as the supermarket was out of sandwiches, and he refused to pay almost four quid for a tiny salad. So, here he was, stuck with ‘Plan D’.

“Thank you.” Liam smiled at the assistant and paid for his food. He picked up the tray and glanced around the small café. There was only one free table. Wedged into a corner, almost like an afterthought, getting to it was a juggling act in itself. Maybe he was in the wrong profession. He should quit teaching and run away to join the circus. He set the tray down and squeezed himself into the space between the chair and table.

On second thoughts he should just skip lunch in future—or stick to the salad. He could do with losing a few pounds off his waistline if a “normal” person should fit in here. Liam allowed himself a wry smile as he looked down at the sausage, eggs and chips. He’d start the diet tomorrow. He wasn’t overweight, but perhaps it wouldn’t hurt to keep in shape a little more than he did. Not that he had anyone to nag him about his diet now. A home cooked meal consisted of something that came out of the freezer and into the microwave and eaten alone in front of the television. He covered the chips with vinegar and salt and added a dollop of ketchup before wolfing it down.

That, he decided a little too late, was definitely a bad idea. The first pangs of indigestion assailed him. He’d probably be cranky for the rest of the day. Would the kids notice? Probably not. They said he was cranky all the time, anyway. It did have its advantages…as silence fell whenever he walked down the corridor. However his reputation as one of the fairest members of staff stood him in good stead and the kids knew he had their backs whenever they needed help.

Liam picked up his tea and glanced at the woman at the next table, laptop and papers spread in front of her. His gaze settled on her for a proper look, taking in every aspect. She was a stunner. As a child he and his twin used to guess people’s occupations from the way they dressed, not that they’d often found out if they were right. With long, dark hair reaching half way down her back, and a smart green blouse tucked into a black plaid skirt, the woman looked like a lawyer. Years ago, he would have found the time to at least say hello, but that was before…

His eyes blurred for a moment as he saw Sally in his mind’s eye—her long hair flowing behind her as he pushed her on the swing, the echo of her laughter hanging on the breeze. He shook his head to clear the thought and ran his fingers over the plain gold band on his left hand. Those days were long gone.

Norton, Andre - Novel 08 by Yankee Privateer (v1.0)
Bayview Heights Trilogy by Kathryn Shay
The Matador's Crown by Alex Archer
Once Upon A Highland Christmas by Sue-Ellen Welfonder
The Hours Before Dawn by Celia Fremlin
Night-Bloom by Herbert Lieberman
Betting on Texas by Amanda Renee
Wilde Times by Savannah Young
Flight from Berlin by David John
Arrived by Jerry B. Jenkins