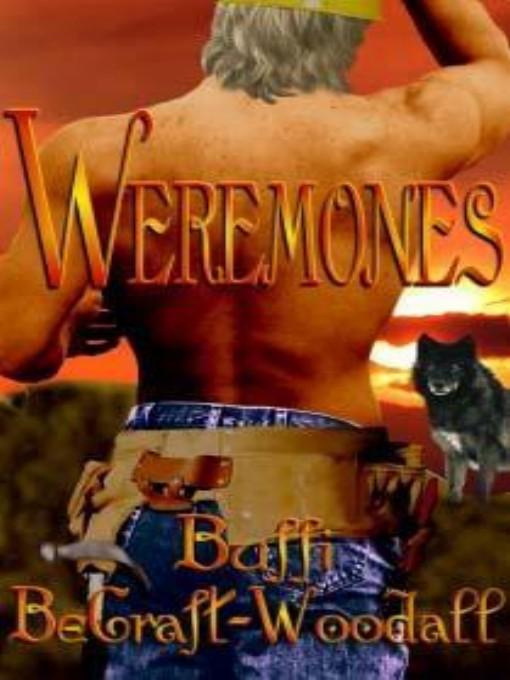 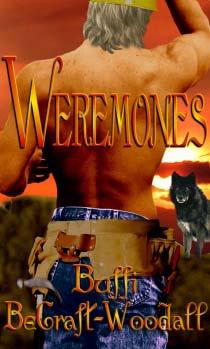 This book is for John and Shae for keeping the faith. And for Dad, for being all the kids’ Papa.

Change - The act of shifting forms from human to animal

Challenge - Contest or fight for a higher rank in the pack

Fairie - Pertaining to the fairy species

Fairy - Any of the species of elves, dryads, sprites, brownies, and so on, who are vulnerable to iron

Hell Hounds- Stray wolven running together without a territory of their own. Drifter werewolves

Pack - The wolven family unit. The family unit is made up of a male and female alpha leader pair and lesser member in a definite rank hierarchy.

Mate-bond - The magical/psychic marriage of a wolven or wolven/psychic couple. Only the female of the pair can perform this bonding.

Metaphysics/metaphysical - Supernatural or magical in nature

Normals - Term for normal humans with no supernatural or psychic gifts

Omega - The lowest ranking in a wolven pack

Psychic - A type of magic user who does not need spells to perform their special magic.

Most psychics wrongly believe that their gifts are mental abilities.

Supernaturals - Inclusive term for all the magical species such as fairys, dragons, goblins, shapeshifters, witches, and so on

Territory - Wolven packs residing in the US define their boundaries by county or the same equivalent. Wolven Council law states that no less that two pack-free territories must separate those ruled by a wolven pack. Wolven packs are identified by county/state.

Warden - Protector of the Pack. Members of a pack whose job it is to protect and police the members.

Wolven - The proper term for a shapeshifting wolf

Wolven Council - Managing body of wolven (shapeshifting wolves) who make sure that no pack, wolven individual, or outsider endangers their species

Behind her, the yip-yip of wild coyotes drowned out the crunch of dead leaves underfoot.

She stumbled, righted herself, and ran, before the snarling, snapping pack closed in.

Stop and she would die. Horribly. Bloody images from a late night horror movie spurred her on.

If she didn’t stop, her burning lungs would burst.

She scrambled over a deadfall tree. Wheezed for air. Halfway over, the break in the run brought her focus back to herself. Dirty khaki shorts and a fitted tee shirt were no protection from the biting thorny vines and dead brush in Dogwood Park.

Every bloody scratch on her bare arms and legs began to sting. Her limbs trembled. She gulped a breath.

A deadfall tree blocked her flight. Mid-scramble over the thigh-high obstacle, her shoestring lodged in the rough bark. Yip-yips and a chorus of coyote howls brought the terror back in an adrenaline filled rush. Diana jerked her foot loose. She stumbled, making the mistake of looking back.

No time to retie the shoestring. No time at all. Four red-brown coyotes crashed out of the brush behind Diana. Big, hungry coyotes. The animals growled, advancing in slow fits and starts. Eerie intelligence gleamed in their eyes. Foamy saliva from their exertion dotted their muzzles with white.

She was dog food. Dead. The excitement of the hunt washed over her, proving again that feeling others’ emotions was not a gift, psychic or otherwise. It was a curse.

Her fear of being eaten crippled her mental shields, leaving her mind open like a sponge, to soak up all available emotion from those around her.

The animals’ lust for blood incited a fresh wave of terror from her. The coyotes smelled her fear. The fear spiked their excitement, which scared her more. In her mind, she felt the slavering hunger.

They spread out for the kill. Diana lurched off of the downed tree trunk and fell.

She scrambled to her feet and gasped. Her stomach somersaulted and dropped to the ground.

Two wolves, one black, one brown, jumped into Diana’s path. They were huge animals, twice the size of the coyotes. The wolves’ ears were pinned flat against their skulls. They bared the strong sharp teeth of healthy carnivores and growled. The newcomers’ anger slapped into her mind, hot and possessive.

She never picked up on animal emotions. Only human’s. Tonight was a fine night to learn a new skill set. The last thing she would feel would be how tasty she was when the coyotes and wolves ripped her to pieces.

The wolves bounded past her, tails high, clearing the fallen tree in a graceful leap.

They descended on the coyotes, growling and barking.

Diana ran. Sounds of the vicious dogfight behind lent her speed.

There were coyotes
and
wolves in the park. The excess emotion and confusion cleared from Diana’s mind with every bit of distance she put between her and the animals.

Teenagers.
A new horror gripped its claws into her. Teenagers hung out here at night. Like her son, Matthew, who was stranded somewhere out here in the park.

She had to warn someone. Police, Animal Control.

Diana’s new goal became her car and the cell phone in the glove box. She prayed that any teens parked out here had their windows up.

Not dogs, wild animals. She knew the difference. Matthew, her son, had written a term paper on them for graduation. Coyotes and wolves. Hungry ones. They weren’t supposed to be in East Texas. At least the wolves weren’t supposed to be here. Coyotes were a common nuisance, but weren’t this big. The wolves too, were twice the size of normal animals.

Please God, she prayed, let Matthew’s car have started. Let her son be safe. She had to find the spot where he and his girlfriend had broke down.

No. Diana changed her mind. She didn’t want to put anyone else in danger.

The shadows of more animals materialized beside and behind her.

More wolves. They kept up easily and didn’t immediately leap on her. She felt the animals’ excitement. But unlike the coyotes, the wolves were not slavering for her blood.

A psychic, she
felt
the difference in the animals emotions.

She wasn’t stupid. She was no athlete, either. They were toying with her, wearing her down for an entertaining kill, she imagined.

The wolves could take her if they wanted.

Named for the copious spindly trees, Dogwood Park had few trees big enough to climb to safety. Without decent light, without time, she had no way to scope out a good climbing tree without first running headlong into it.

She wished for an oak or something equally tall and strong to smack into.

A wolf snapped at her heels and barked impatiently. She wasn’t running fast enough for its,
his
entertainment. Male emotions had a different flavor than female. The wolves were male.

The stitch in her side was unbearable. She stumbled and kept running. They wanted her to run. She felt their need in her mind. Chase the prey and take it down. Why didn’t they take her?

A big one, black in the night, ran alongside her. A patch of hair was torn from his neck. He was one of the wolves that had fought off the coyotes. She didn’t trust that saving her from being eaten before meant that she wasn’t on the menu anymore.

The brush of the wolf’s fur against her bare leg startled her into stumbling.

It barked at her.

Diana felt the wolf’s irritation. Irritated was bad. Where was the tree she needed?

She lunged forward blindly and smacked into something solid.

Diana rebounded, landing hard on her butt, arms and legs akimbo. She looked up and sucked in a breath.

Monster.
She believed in monsters. Now.

His face was a horrific mask of animal and man. Anger boiled out of him, drowning out the wolves’ excitement, scalding her psychic senses.

Red eyes shone in the dark. A muzzle full of teeth snarled down at her out of a furred half-man/half-wolf face. Powerful arms ended in sharp claws. His muscled body was covered in pale silvered fur and ... sweatpants?

Even his big, pale, furred feet were tipped with claws, weapons for rending and tearing.

Diana closed her eyes and gulped. She heard the quiet rustle as the pursuing wolves stopped. Time drew out as she waited for the attack.

Her head spun from lack of oxygen. Her mind whirled while imagination became reality.

A monster. A werewolf. She was going to die, eaten in Dogwood Park by a werewolf while her son necked nearby with his girlfriend.

She took a breath and forced her eyes open, daring to look her death in the face.

Was she stupid or what?

When Diana looked back up, she doubted her own sanity as she gazed into the chiseled face of the best looking man she’d ever laid eyes on.

Monster? What monster? She was delusional from running. The man was gorgeous. The stitch in her side was barely noticeable. Her breath came in small pants.

She met his eyes, nearly colorless eyes in the night, and felt a jolt of connection.

Magic, power, psychic energy, whatever it was called, flowed from the man in a live current. The energy flooded her senses, linking her directly into his emotional turmoil.

She tried to throw up a mental barrier. Wasted effort, she was too tired. Her defenses had been breached earlier and were useless. It was like trying to mop up a dam with a paper towel. The flood threatened to wash her away, taking her sanity with it.

The man’s voice cut through her, breaking the enthrallment. Diana struggled against the surge of his power, trying to find the shreds of her mind somewhere in the chaos. Her fingertip hold on sanity turned into a tentative grasp. Attempting to strengthen her hold, she reached out with her psychic abilities. She made a connection.

What she found was a wild mental image of woods, earth, and running free. Diana was an empath. Her psychic gifts had never included visions before. Instinctively, she took the image, taking it for her own as a refuge against the man’s overwhelming power and emotions.

Diana embraced the purely emotional and metaphysical thunderstorm that raged from the man. His anger, grief, and frustration filled her. Fumbling, she tried to use her empathic gift in reverse. She set aside the fear and reached for her hard won inner peace, pushing some of the peace she sensed he was searching for into him.

The sudden bark and whine reminded her of the danger. Diana snapped from her attempt to help. The sudden shift sending her back into panic mode.

Beard on Bread by Beard, James
Ominous Parallels by Leonard Peikoff
The Lost One (Lost Series Book 1) by Lovelock, Liz
Flawed by J. L. Spelbring
Hidden Bodies by Caroline Kepnes
Notes from a Spinning Planet—Papua New Guinea by Melody Carlson
The Story of My Father by Sue Miller
The Jewish Annotated New Testament by Amy-Jill Levine
Bowled Over by Victoria Hamilton
The Beast Loves Curves by J. S. Scott