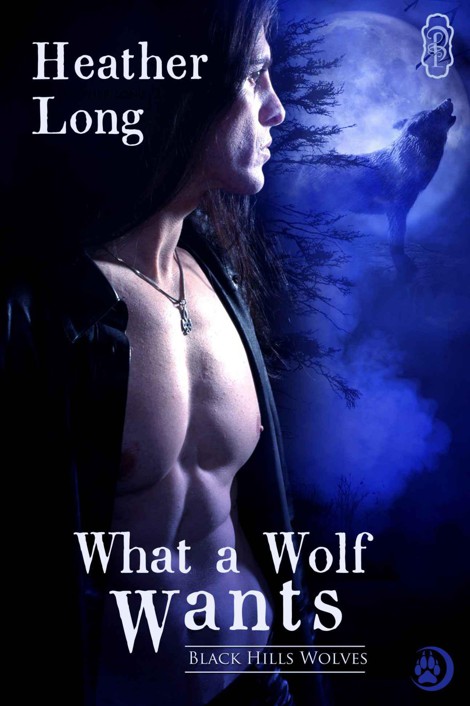 Portrait of a Lone Wolf

Series so Far (in order by release)

Once Her Man, Always Her Man

Retreat Hell! She Just Got Here

Tell It to the Marine

Features an appearance of Logan Cavanaugh

Proud to Serve Her

No Regrets, No Surrender

The Two and the Proud

A Marine and a Gentleman

Jazz makes an appearance via phone

What Part of Marine Don’t You Understand?

Appearances by James and Logan, Damon is mentioned

Marine in the Wind

A Marine of Plenty

A Candle for a Marine

Marine Under the Mistletoe

Have Yourself a Marine Christmas

Lest Old Marines Be Forgot

For Becca. Working with you remains a joyous privilege.

The bite of snow curled through the winter wind. Any other time, Ryker would be in Wolf form, racing through the hills. Unlike so many in the broken pack, the moon had never bound him. Though her sway didn’t call to him as it did to the others, the lack had never prevented him from joining the hunt each month, when the moon-called shifted, and shadowing their progress.

Few were those who ventured out unless they had to, and less was their joy—until Drew finally came home. The boy had—did—provide a fresh resource for the pack. Though desperately frayed and facing challenges on all sides, the pack bonds had begun to heal. But it would take time.

Of course, anything worth having should take time. Magnum hadn’t decimated them overnight. Just the thought of the previous Alpha was enough to have Ryker’s upper lip curling. His death should have been celebrated for months, but they’d only been able to sigh in deep relief.

A relief he, the deadly, highly-feared enforcer, shared. He had given thanks for every bloodless evening since. Even chastising three over-exuberant youths, who’d been caught on camera, hadn’t diminished his contentment.

The death of Magnum had freed Ryker from a blood oath that bound him in a chokehold, preventing him from killing the demented beast himself. He could walk amongst the pack, see them in the light of day, without worry Magnum would forget himself, giving an order so specific Ryker couldn’t find a work-around.

Killing had never troubled the enforcer. Death was a natural product of life—to protect the Black Hills, the wolves in the pack, their mates, and their children? Ryker would hunt, maim, and even kill as needed.

Magnum had only known how to butcher. More than once, he’d thought Ryker’s place was to be the vicious attack dog. Isolating himself had been the only option—distancing himself from the pack until all he could do was protect from afar, averting threats before Magnum knew about them…and wait.

Fortunately, the madness in the old Alpha had prevented him from realizing that, without utter specificity, Ryker could turn most kill orders into something else. He’d gotten really fucking good at it.

He smiled briefly at the scent of cinnamon touching the air. Tasha had been in the area recently. Most likely on another stealthy visit to his cabin. The little Beta appeared at random times. After her visits, he would find a torn shirt had been mended, his dry goods had been restocked, and a plate of cookies awaited him.

Always cookies. Depending on her mood, the type of cookie varied. Though not a fan of those types of sweets, Ryker always ate them. She was the only Beta to give a damn about him since he’d sent his sister and her family—along with so many others—away to safety. If Tasha wanted to make them for him so he wasn’t so alone, then he would eat them.

Sometimes, she came just to get away from the sadness of the town. His cabin was miles from Los Lobos, deeper into the woods—as far from Magnum as he could get yet still be close enough to help the pack if they needed him. In a way, allowing Tasha to care for him was her way of allowing him to care for her. Damaged and scarred after a vicious attack, her soul needed more than he to heal.

Movement in the chill night reached his ears. In the hush of the oncoming storm, it was a faint sound. A claw on stone, the barest crackle of dead leaves combined with the rustle of the breeze along fur—all of these things scraped his senses. The stealth held the promise the danger. Something hunted and had tried to stay downwind to avoid his detection, but the incoming storm shifted the wind, swirling through the trees.

Fools
. Lifting his chin, he waited. The hunter would know he had lost the element of surprise, so Ryker allowed him a choice. If he retreated, the other wolf might live to see the beauty of the snow-kissed land.

A huff of breath followed by the explosion of sound as a deep gray-colored wolf rushed him from the west was the wrong answer. It took only a moment for Ryker to recognize the scent—less still to respond. He caught the animal in mid-leap, using the beast’s momentum against him as he twisted and flung the beast away. Garrick slammed into a tree, the
crack
of his spine breaking severing the silence.

The gray wolf slumped to the ground, his back legs useless, his front weakly scrabbling against the land. Ryker paced over, meeting the pain-filled eyes of the other. Squatting down, he read the riot of emotion. Garrick had chosen death rather than obey Drew. The Alpha had given the mad wolf one chance to prove his loyalty by returning to the pack—no more hunting people, no more drinking…no more threatening females.

One chance. Instead, he’d chosen suicide by Ryker.

“Good journey to your next life. May it be more forgiving than I.” With a twist, he snapped Garrick’s neck, ending him. Garrick’s attack was the third such suicide in as many weeks. How many more would he have to kill before the last of the broken threads fell away?

Shouldering the wolf’s weight, he rose. He would bury him before he let the Alpha know what Garrick’s answer had been. Mad or not, the choice would leave the new Alpha a bit bruised. Drew felt for his pack, even the more deranged members, and each loss left the younger Tao a little bloodied. It would make him a better Alpha in the long run, but that didn’t mean Ryker had to enjoy telling him.

Five more steps and a new sound reached his ears. One promising a different kind of trouble.

A car on the road. Either another of the pack had found their way home—to challenge or to return, who knew?—or, worse, some errant traveler was making their way through what would soon be a whiteout. The sound continued, not slowing for the only turnoff leading to Los Lobos.

With a grunt, Ryker began walking again. Fat flakes had already begun to fall. The retreat of the engine noise sputtered twice, metal grinding on metal, then the sound shuddered and choked off into silence.

Sighing, he adjusted the weight of the wolf before continuing. He’d traveled less than a half-dozen yards when another scent reached him.

It took him a minute to find a hollow to stash Garrick’s limp body—rigor wouldn’t set in for some time. But if he took too long, the body would stiffen. When rigor passed, then and only then, would Garrick resume his human form. Ryker would rather bury the wolf. At least it had chosen an honorable death over the man’s pathetic existence. The human’s scent continued to surround him in the gusts of wind battering the landscape.

As his senses had promised, snow fell steadily, sticking to the frozen ground without struggle. Picking up his pace, Ryker jogged toward the road, following the direction he’d last heard the engine. Covering the distance at a brisk pace, he barely noticed the strain. While he’d rather be on four feet than two, this was at least a run through the snow.