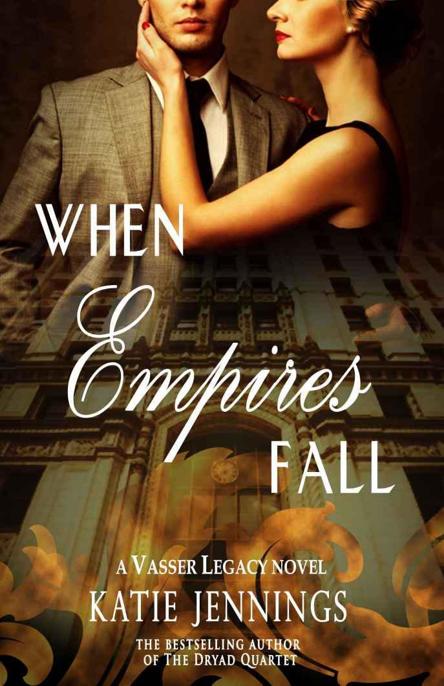 “Wow. Such an amazing book. The detail is amazing and so beautifully written. It is as if you are right there with Capri.”

“Katie Jennings weaves a beautiful tale filled with vivid characters, intrigue, romance and adventure. The world she creates for the mystic beings that reside there and rule the elements around us and our very lives, is wonderfully rich. The Furies, the Fates, the Dryads, Mother Earth and Father Sky - this author can handle a large cast and each character retains their individuality, their voice. Capri is a wonderful heroine, so damaged but with such a wealth of untapped strength. She, an orphan (or so she thought), is thrown back into a world she had forgotten existed filled with people who know her, but whom she doesn’t remember. Who can she trust? Who can she love? Why do the demons want to destroy her happiness so badly?”

“I really liked her style of writing and the story kept me engaged throughout. The author writes in a way that really captures your imagination […] There are plenty of twists and turns. I can imagine the series being adapted into a Television Series where all the characters are beautiful, this is how I imagined them to be whilst I was reading the story.”

“Jennings has created a world unlike any I have read about. By the end of the book I wanted more of Euphora....and jumped straight into the next book in the quartet.”

“This is a story that truly captures the imagination from the start. Capri’s story of love and loss draws you in and you can’t put it down. With plenty of twists and turns to keep you on the edge of your seat, this book will make you want to find out what will happen next and leave you anxious for the next installment. A definite must read!”

“Second in the series and so much better. I liked
Breath of Air
, the first in the Dryad Quartet, but I loved
Firefight in Darkness
. The book had a good pace and the storyline was action packed. The powers of the two girls formed the whole feel for the stories, not just their personalities. I enjoyed that this felt more grown up than the first. There was adult subject matter (bad parenting, infidelity, family betrayal), even cursing when appropriate. The author let it be what it was and didn’t pull any punches to make it fit into a particular genre. It is YA and very appropriate for all audiences, but I didn’t feel like I was reading a children’s book.”

“Not sure it can get better than a fiery redhead serving up demon on a platter! Katie Jennings has out done herself again on the second installment of The Dryad Quartet,
Firefight in Darkness
! Once again we are brought back to the world of Euphora, but only for a short while. Blythe’s journey will take her on a dangerous adventure to earth, where she literally hunts down the demons of her past.”

“Read this book in one sitting. Passionate, Adventurous, Dangerous, all with great characters and written well. I loved the combination of Jax and Blythe.”

“
A Life Earthbound
gives you a deeper understanding of what life was like for Rhia, and I was totally mesmerized by the true love that Liam felt for her. I have really enjoyed this series of books!”

“
A Life Earthbound
is a coming of age story of a young girl and hard working young woman that must battle with her emotions and determine what she truly wants in life. A must read.”

“I highly recommend this whole series for anyone who wants to see magic, romance, and conflict woven together […] I guess my desire to see more of them speaks for itself.”

“Loved, Loved, Loved
Of Water and Madness
!! I fell in love with these books from the beginning. What an amazing fourth book. I do love a happy ending. I plan on reading them again!”

Dedicated to my family,

who have been my biggest supporters from the beginning. 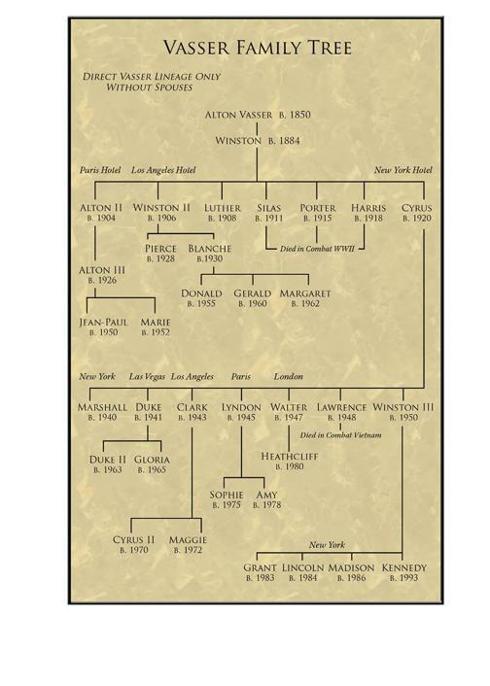 Some rise by sin,

And some by virtue fall…

I
f someone had compared him to the great Captains of Industry who had built America from the ground up, he would have laughed. Surely he was no Rockefeller, and he’d be damned if they likened him to Carnegie, the bighearted fool. But perhaps there was some truth to the statement, if one considered hotels to be of equal importance to railways and steel.

And to Winston C. Vasser, hotels were everything.

In his old age, he now understood that hotels had not given the country the same core benefits that other industries like steel and railroads had, but he and his father before him had recognized that where there was money to be made, there was also money to be spent. And the men who profited from luck and good old American ingenuity needed a place to spend the riches they had accumulated. Hence, the luxury hotels of America were born.

And by God had it boomed. What had started as a single hotel in 1899, housed inside a building that had once been a coat factory in midtown Manhattan, had paved the way for an empire the likes of which America was rapidly becoming known for. It was a country for men with big ideas and great dreams, and the willingness and tenacity to make them come true.

Which was why Winston knew he would live out his remaining days right there in New York, the most magnificent city the world had ever seen.

If only he knew how limited those days were to be.

He settled in to his plush desk chair in the center of his quiet study, his eyes drifting to the view of the city lights beyond his window, the dark scene spotted with falling winter snow. It was picturesque, as the view always was from the suites of the Vasser Hotel, and rather calming to him despite the circumstances.

He was, in many ways
un
like his father before him, an honest man. Winston prided himself on being straight with people, and on his word being as solid as a firm handshake. Which was perhaps part of the reason why the deception he had begun to weave was so troubling to him.

In his prime he had been sturdily built and taller than most, with a clear, booming voice and enough charm to outwit even the stealthiest of opponents. Generally that charm was used to get what he wanted, and he was damn good at it most of the time.

He had managed to take what his father had started and ride on the growth of the country as it exploded into the robust 20
th
century. One hotel had quickly become two in the United States, with a third and fourth abroad in Europe. And he was thrilled to imagine a day when there would be a Vasser luxury hotel in every worthwhile major city across the globe. After all, the century was only half over, and God only knew what lay ahead for the Vasser Hotel empire, and for the greatest country the world had ever seen.