Read When I Was You Online

“Nah,” Amber says. “It’s not the house you’ll miss. It’s the memories. You can take those with you.”

I’m trying my best to keep this moment positive, so I don’t vocalize the fact that all these happy memories I’ve associated with this house were marred by a con man by the name of Shane Knudsen.

I refuse to so much as breathe his name ever again.

I’m not proud of what happened. I’m not proud of being made a fool, of trusting a complete stranger all because he said and did all the right things and made it so easy to believe him.

My phone buzzes across the room, but I’m too sore from packing and moving to so much as attempt to go for it. Odds are it’s an email from the forensic accountant I hired to recover some of the funds Shane stole. He promised an update by the end of today. It hasn’t been easy tracking down the funds. Nor has it been cheap, but they’ve managed to retrieve about half so far. The bastard had the forethought to diversify, hiding it in various accounts as well as a handful of cryptocurrencies, which have since fallen in value by over 60 percent.

My attorney thinks he’s holding out, thinking he can get a reduced sentence if he ponies up some of the account numbers, but we’re not giving in to any of his demands, and honestly, I’m not sure we ever will.

They also found a syringe of potassium chloride in his possession—the very same medication used to stop a human heart. They were able to trace it back to the hospital where he worked, so the police have since added drug charges to their case against him. They also found a jug of antifreeze on the top shelf of his bedroom closet—a curious place to find something that belongs in a garage. After taking samples of various items around the house: mouthwash, milk, coffee creamer, and the like, they found them all to be contaminated. They concluded that he was trying to poison me, and if that didn’t work, he likely intended to kill me—a single injection to stop my heart.

This situation was already a nightmare come to life, but the realization that it could have gotten much, much worse makes me physically ill when I think about it for too long. It seems that he was willing to do whatever it took in order to see his plan succeed.

I could have died.

And he could have gotten away with this.

I’m just glad Shane never came across the rest of the money my grandparents had left me in a trust. Keeping those account numbers locked away in a safe-deposit box was probably one of the smartest things I’ve ever done. I’d always done fine on my own, and they’d already left me the house, so I’d let the money sit there, accruing interest for years. I couldn’t even begin to guess what it’s worth these days, but I do know the entire thing would’ve likely been wiped clean had he gotten his hands anywhere near it.

“So where to first?” Marisol asks, plastic cup in hand.

We spent the day loading all my boxes into a moving van after some hired college students moved the furniture for us, and tomorrow, we’ll unload it all into a storage facility on the north side of town.

I’m officially without roots, though I’ll always have a home here. With my friends. With the memory of my grandparents and my childhood. In Quinnesec Bluff.

“My flight leaves tomorrow evening,” I say. “Going to start in Seattle and work my way across the country. This time next year, I’m hoping to be on the other side of the Atlantic.”

My whole life I’ve stayed in this bubble that is Quinnesec Bluff, with the exception of my college career—the four years I spent in a town less than an hour away.

I want to experience it all so I can put the past behind me.

Something tells me if I stuck around here, I’d spend the rest of my life jaded, not trusting any person who dared to step into my life, and all this would have been for nothing.

What Shane Knudsen stole from me—my dignity, my sanity, my money—was more than made up for by the fact that he gave me my life back—the only one I have.

The only one I’ll ever have.

The one I’ll never allow anyone to take from me again.

First and foremost, my sincerest gratitude to editors Jessica Tribble and Charlotte Herscher. Cheri, too! This book would not be what it is without your unstinting enthusiasm, encouragement, and discerning expertise.

To my husband—thank you for always picking up the slack when I’ve stacked my plate a little too full. I know it’s not easy being married to me during my crunch times, but I hope the fun we have during my noncrunch times makes up for it!

To Heather, my oldest and dearest friend, thanks for keeping me on track while I was writing the first draft of this book. (And for not judging me when my writing software crashed, I lost almost a third of my novel, and I cried.)

To my agent, Jill Marsal—thank you for your invaluable industry knowledge and for always quelling my anxieties with your no-nonsense optimism.

To the wonderful Thomas & Mercer team at APub—thank you for your tireless behind-the-scenes efforts and for helping put my books in the hands of readers all over the world. 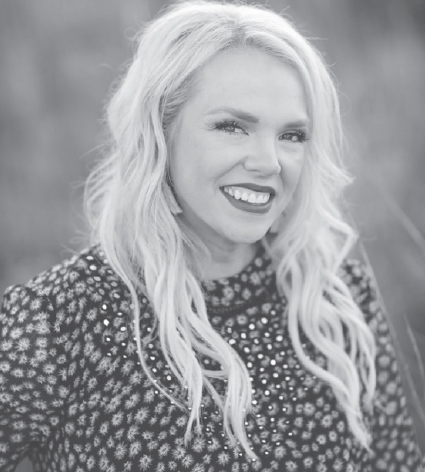 Minka Kent is the
Washington Post
bestselling author of
The Stillwater Girls
,
The Thinnest Air
,
The Perfect Roommate
, and
The Memory Watcher
. She is a graduate of Iowa State University and resides in Iowa with her husband and three children. For more information, visit
www.minkakent.com
.

For the Win by Sara Rider
Opposing Forces by Anderson, Juliet
Picture Perfect by Dixon, Camille
What a Man's Gotta Do by Karen Templeton
Sound Of Gravel, The by Ruth Wariner
the Big Time (2010) by Green, Tim
La saga de Cugel by Jack Vance
The Reluctant Elf (Kindle Single) by Michele Gorman
Basil Instinct by Shelley Costa
The Girl Who Fell Beneath Fairyland and Led the Revels There by Catherynne M. Valente