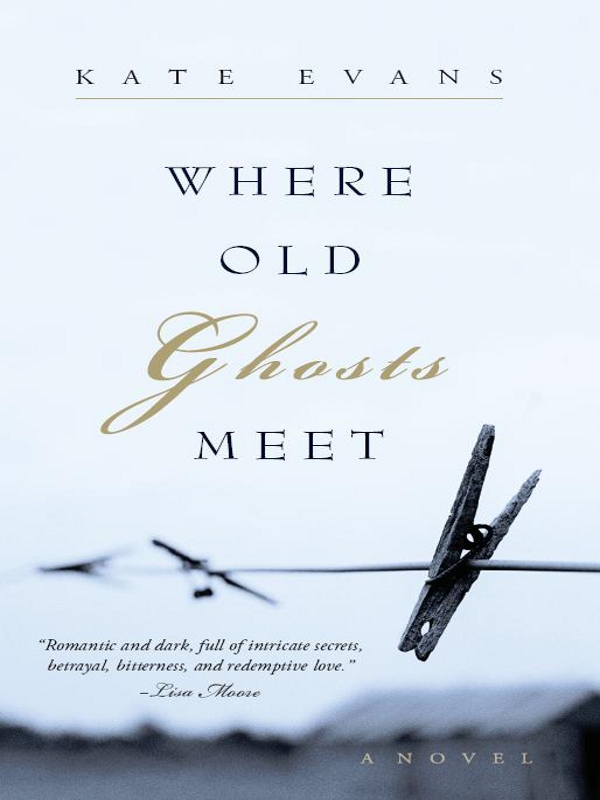 ALL RIGHTS RESERVED.
No part of this publication may be reproduced, stored in a retrieval system or transmitted, in any form or by any means, without the prior written consent of the publisher or a licence from The Canadian Copyright Licensing Agency (Access Copyright). For an Access Copyright licence, visit
www.accesscopyright.ca
or call toll free to 1-800-893-5777.

FROM “ON RAGLAN ROAD,” PATRICK KAVANAGH

The
dank smell of autumn filled the air. Crusty leaves like tiny field mice scurried fretfully across the lawn and settled in dark corners. Pale and tired, Nora Molloy closed the front door on the last of the stragglers and switched off the porch light. The house on Hawthorn Road settled into a quiet lull and seemed to breathe a long sigh of relief. Nora shivered and went to join her sister Maureen in the sitting room of the family home.

“That was a grand send-off for the Da,” Maureen said, intent on stoking the fire and banking the coals with hard dry turf. A single flame leaped upwards as the sods came to life. Maureen stood back, admired her handywork and then collapsed into the big armchair. “Now, I'm not sure that he'd have approved of a shindig.” She turned to smile at her sister. “But it's too late for that.”

“Now don't start on the Da, God rest him. He wasn't so bad.” Nora kicked off her high-heeled shoes and threw her sister an irritated look that quickly changed to a grin when she spotted the devilment in her sister's eye. “And by the way, it wasn't a shindig. It was a â¦”

“Call it what you like, he wouldn't have approved anyway.”

They hadn't been together for almost two years, not since their mother's funeral in '68. Those had been days fraught with tension, reflecting nothing of their mother's life: her warmth, her interests, and her love of company. Nora remembered how she had wanted to pick armfuls of fresh flowers from her mother's precious garden and fill the little church where she lay with their colour and fragrance. It would have been so right, what she would have loved. But, “no,” her father had pronounced, “a couple of small bouquets would be sufficient,” and that was that. It was shortly thereafter Nora decided to leave her father to his own devices and left home to go to Canada, to Montreal, where she still lived and worked as a teacher.

This time around things had been handled differently, resulting in the arrangements taking on a slight air of defiance. Following the funeral, Nora had organized a get-together to which relatives, friends and neighbours were invited. There was food for all and plenty of whiskey and stout to drink. It had been a grand time: a final salute to the family and the old neighbourhood. Nora couldn't help but feel a twinge of guilt. It was not what her father would have wanted but deep down she felt good and she had no regrets.

The sisters talked late into the night. With the house to themselves, they revelled in their newfound freedom, they laughed and cried, drinking hot whiskeys with cloves and lemon to fuel their spirits and telling stories of old times, stories of the Da and his many eccentricities.

“My God.” Maureen sat forward in the big chair. “Do you remember the day he took the bread knife to the new sideboard because it was an inch too big for the alcove?”

“I thought Mammy would have a heart attack.” Nora could hardly get the words out with the laughter. “And the day he headed out to the back garden with a brush and a gallon of bright green paint, hell-bent on painting the concrete wall around the garden. He was going to âexpand his boundaries,' so he said.”

“I think there might be a ripple of lunacy in the lot of us, not enough to count, mind you, but enough to make us difficult.” Maureen settled back in her chair satisfied that she had just made a critical statement.

“You speak for yourself. I'm sound as a bell.” Sparks flew as Nora threw another sod on the fire. The yarns became more outrageous, and the louder the laughter, the better was the telling so that in the end it was hard to distinguish truth from fiction. But the stories were there nonetheless, both real and imagined, stories that had never before found voice under their own roof, stories that sometimes brought the unexpected sting of tears. Of course the old story of the Da's da, and his disappearance so long ago, surfaced and the same questions about his mother, their grandmother, and her total absence from their lives were asked. But there were no answers. It was all a mystery and neither one of the sisters seemed to care that much anymore.

Eventually Maureen went off to bed but Nora lingered behind, reluctant to let the night end and simply feeling the need to be alone. Being an emigrant made things different. Maureen would go back home to her family in Dublin and she, Nora, would return to Montreal to her job and her small rented apartment, and from then on she would be a visitor to Ireland, staying with Maureen or whoever could accommodate her at the time. This was the end of home as she had known it, she thought as she glanced around the room. The Molloys, the model church-going family, law abiding, talented and successful, were moving on and with them all the inner tensions and uncertainties created, in large part, by a father who frequently distanced himself from those he loved and who believed, with an unfailing conviction, that he alone knew what was best for everyone. Tomorrow she would speak with Maureen about selling the house and furniture. There were a few items she would keep: books, family papers, photographs, small treasures wrapped in tissue paper. There was little else.

Nora went to the kitchen, made cocoa and wandered back into the sitting room, clutching the hot mug, absorbing its comforting warmth. She surveyed the room and decided to empty the ashtrays but otherwise to ignore the mess. The cardboard box containing her father's papers sat in a corner. She had taken it from behind the wardrobe in her father's bedroom a few days before, looking for her father's birth certificate, and had then put it aside. Nora pulled the box towards her and found a comfortable spot on the floor in front of the fire and began to sift through the contents. Her father had been a meticulous record keeper. Old receipts and bills from years back, guarantees, certificates of births, marriage and deaths, all kinds of old documents, were neatly filed. That was his way. There was a slight catch in Nora's throat as she unfolded the faded hire purchase agreement for her mother's first Hoover washing machine. It was dated July 14, 1959. Nora remembered well the day it arrived and how her mother's eyes had sparkled, lighting up a face grey with exhaustion.

She picked up a thick wad of faded newspaper cuttings tied together with a brown string and carefully unfolded one, then another and another. Many of the articles had minutely scripted annotations and comments written in ink in the margins. She read rapidly, skimming from one to the next until finally, feeling overwhelmed, she decided to set them aside for another time.

At the bottom of the box she found a plain sealed envelope. She hesitated for a moment then turned the envelope over and gently eased open the flap. The glue was dry and brittle and came apart easily. There were two envelopes inside, each one neatly slit across the top. She examined both carefully. One was yellow with age but otherwise looked untouched. The postage stamps were American, the postmark New York, and it was addressed to Mrs. Sadie Molloy, Ballyslish, Cullen, County Roscommon, Ireland. Cullen, she murmured under her breath: her father's hometown. She felt a dull tapping in her chest as she turned the letter over. Sadie Molloy? Was she his mother, her grandmother? On the back of the envelope was a note, written in her father's hand:
This letter was found amongst the effects of my late
uncle, Mickey Dolan, who died September 17, 196O. At that time it was
unopened and so I suspect, unread.

The Princess is Pregnant! by Laurie Paige
Love's Savage Bonds by Jeb
Solomon's Oak by Jo-Ann Mapson
His Royal Prize by Katherine Garbera
Near Perfection [Aspire 1] (Siren Publishing Ménage Amour) by Allyson Young
Erica's Choice by Lee, Sami
Alone Against the North by Adam Shoalts
Seduced By The Alien by Rosette Lex
Star Struck by Halpert, Paige
The Eagle's Covenant by Michael Parker