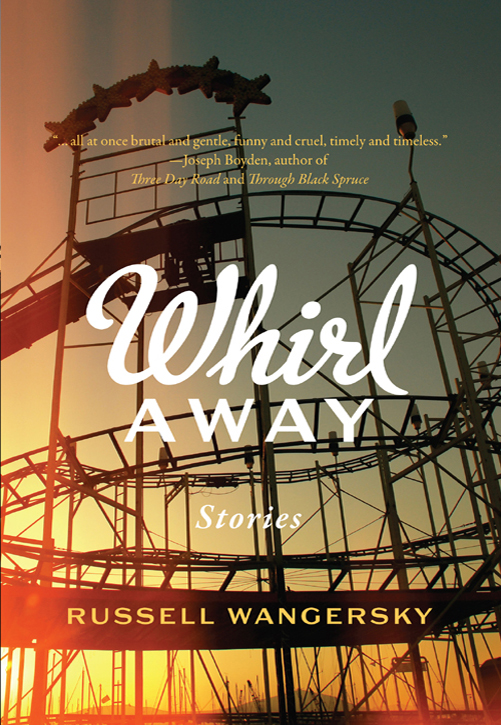 Russell Wangersky's most recent book,
The Glass Harmonica
, won the 2010 BMO Winterset Award and was long-listed for the Relit Awards. His previous book,
Burning Down the House: Fighting Fires and Losing Myself
, won the British Columbia National Award for Canadian Non-Fiction, the Rogers Cable Award for Non-Fiction, Newfoundland and Labrador Book Awards, and the Edna Staebler Award for Creative Non-Fiction. It was also a finalist for the Writer's Trust Non-Fiction Prize and was a
Globe and Mail
Top 100 selection in 2008. His 2006 short story collection,
The Hour of Bad Decisions
, was long-listed for the Scotiabank Giller Prize and was short-listed for the Commonwealth Writers' Prize, First Book, Canada and the Caribbean. It was a
Globe and Mail
Top 100 selection in 2006. Wangersky lives and works in St. John's, where he is an editor and columnist with the
St. John's Telegram.

The Hour of Bad Decisions

Burning Down the House 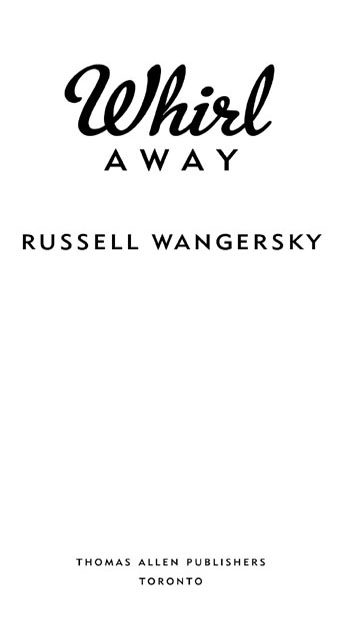 All rights reserved. No part of this work may be reproduced or transmitted in any form or by any meansâgraphic, electronic, or mechanical, including photocopying, recording, taping, or information storage and retrieval systemsâwithout the prior written permission of the publisher, or in the case of photocopying or other reprographic copying, a licence from the Canadian Copyright Licensing Agency.

The publisher gratefully acknowledges the support of The Ontario Arts Council for its publishing program.

We acknowledge the Government of Ontario through the Ontario Media Development Corporation's Ontario Book Initiative.

We acknowledge the financial support of the Government of Canada through the Canada Book Fund for our publishing activities.

For Leslie, who whirls.

No Harm, No Foul

T
HE BOLT
came through the open back window of the truck. It came in end over end. From a distance, if anyone had been watching it, concentrating, it might actually have appeared that the truck was doing the tumbling, and that the bolt was flying perfectly straight.

Just a rusty bolt John had found in the driveway, a bolt that he'd tossed in the back of the pickup with the duffle bags and the mitre saw and the rest of his stuff.

He didn't hear the bolt whisper as it spun, the rushing air whistling along the even gaps of the threads; he had his hands full trying to figure out just what was happening to the pickup as it cut through the bright pink flowering fireweed, the truck leaving a four-wheeled, mown trail behind it, the wheels throwing up grass and mud and the petals of the flowers.

The bolt caught him in the curve at the back of his skull, at the midline and just below his hair, hitting that smooth dent where a lover might rest the heel of her hand. John had a brief moment to think about what-ifâwhat if he hadn't reached across the seat towards the glove compartment, what
if he hadn't over-corrected when the wheels touched the shoulder. He didn't even get to “What if I hadn't put the bolt in the back?” or more importantly, “Why did it fly so straight?” or “What are the chances of that happening?”

The bolt was still moving at close to a hundred kilometres an hour, the same speed the truck had been going before the front end smashed nose first into the bank. John, safely held in the grasp of the seat belt, had slowed as quickly as the truck had. He didn't feel the bolt hit.

John, for once, didn't feel anything at all.

The truck ended up on its roof, one wheel crookedly spinning long after the other three had stopped, and no one noticed the wreck until the next morning. Then a long-haul driver, riding high up in the cab of his Freightliner, saw the rusting bottom of the chassis standing out against the green and pink of the fireweed, rectangular and ochre and perched on the edge of a small peaty stream. There was already cold dew on the windshield when the driver waded down through the high plants to look through the window on the driver's side.

“Yes he was, bitch. He was on his way here when he crashed. He was coming home for good. Why do you think he had all his stuff?”

“You're lying.” Anne said the words quickly, as if saying them could force the doubt away, but she heard the tremble in her own voiceâand she hated herself for betraying that
feeling, even slightly. Because she hadn't known where he was going. Sleeping, caught up in the false, warm security of comforter, sheets and pillow, she hadn't even realized he had left.

They were speaking in undertones, barely more than hissing the words, aware that there were other people in the funeral home but focused on each other. Outside, the sun had come out around a huge grey bank of cloud, and individual shafts of sunlight were sifting down onto the surface of Bay Bulls, lighting irregular, ragged patches of ocean as if the light actually meant to single something out amongst the choppy grey waves.

Bev was small and blond and strangely angular. She gave the sense of always having her elbows in close to her sides and her hands up high, as if spoiling for a fight. That, and she finished her sentences by pushing her face forwards, like she was punctuating her words with her chin, daring the other person to disagree. It was the sort of habit that some people found off-putting, as much of a shove as if she had reached out and pushed them with both hands palm-flat against their chest.

Whenever she saw Bev, whenever she spoke with the other woman, Anne was always left with the same disconcerting thought: just how had John ever ended up married to her? It made her wonder if there was some kind of hidden, underlying character flaw in him that she knew nothing about, or that she was trying to ignore.

When she asked John about it, after they'd moved in together, he would shrug. “I was young, okay?” he would
say, as if that was excuse enough. “We were both young.”

But she found that hard to acceptâtrying to imagine how it was that someone as easygoing as John would choose to marry someone so abrasive. Other people offered up old sayings like “Opposites attract,” but Anne couldn't see it.

“No, really,” she'd ask him. “How'd you even get in the same room with each other, let alone end up married?” And John would do what he always did, pushing his hands through the hair at his temples, where it grew coarser and with slightly more curl than on the rest of his head. It was a motion that always dislodged flecks of fugitive sawdust from the day's work with the sander or fine curls of shavings from the planer. There was always sawdust on him somewhere, Anne knew, fragrant small chips that gave him an unexpected air of solidity, the green of birch, the closer, sticky familiarity of pineâa smell that was as much him as any other. He'd push his hands through his hair once or twice every time, but it was a way of saying that he wouldn't answer, that the conversation was done. It was a signal that he was about to shut down. It was the one thing about him that she found infuriatingâthe ability to stop any discussion by withdrawing completely. He'd always done it, even before they'd moved into the old green house on the side of the hill, before he'd put up the new clapboard and trim on the outside, before he'd taken every single window down and replaced it with a new one. Before he'd built the walkway and the tidy, hip-high white fence with the gate and the big deck where they sometimes sat late into the night and looked out over the water at the wide white strip of reflected moonlight.

From the house, Anne could look across the flat bay and see the cream-coloured, weathered side of Bev's house, the blue car nose down in the driveway, and she imagined that Bev got up every morning and saw exactly what she saw too, only in reverse. Bev would have to look out over the metal grey of the bay and see John and Anne's house, and her mouth would tighten.

Bev's house was on the north side of the harbour, Anne and John's on the south, but both houses were high up above the water in timothy meadowâboth hills bright green in the spring, straw yellow by mid-August.

So much the same, she thought, but so very different.

Anne wondered if the other woman ever even came close to seeing what she did when she stood outside the house; whether Bev saw the simple roses tangling in the ditch by the road, the alder catkins turning slowly through waxy hard green to brown. Whether she actually smelled the same wind, felt the same smooth surface of beach rocks between her thumb and forefinger. Somehow, Anne couldn't imagine that she did, couldn't imagine that Bev actually framed anything more than practical thoughts.