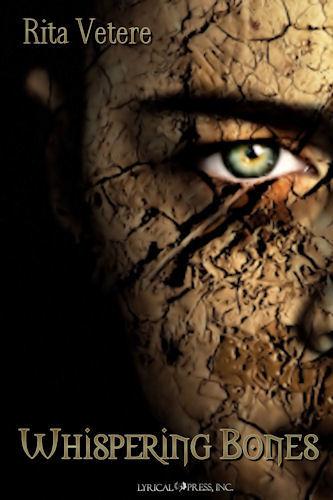 When someone dies in outrage, a curse is born.

In 1576 Venice, during the second and worst outbreak of the plague, a dying child is shown no mercy. Her death spawns a curse, one which has endured for more than four centuries.

In 1927, the curse manifested in acts of madness and murder in a newly constructed asylum, events which, almost a century later, have not quite been laid to rest.

Now, in a rendezvous with fate, architect Anna LaServa has arrived in Venice, opening the door to the next fulfillment of the curse. She will uncover the reason behind her confrontation with the barbaric executioner whose name is... Revenge.

From the open cylinder of the incinerator, a hand shot out. By the light of the trembling flame, she could see the raised purple veins covering it. Ragged black fingernails scraped against the metal as whatever was on the other end tried to claw its way out. Anna screamed and dropped the lighter again.
Oh God...
O
h God, please
.

Panic bit into her as she frantically felt around the floor for the lighter. The scraping of nails across metal sounded behind her again, followed by a slithering, dragging sound. Her frenzied hands couldn’t locate the damned lighter. Whatever was in the room with her would reach her in a minute and—

Her fingers brushed against the lighter and she grabbed it, flicking it on, terrified that the thing had clawed its way out and would be at her side. But the incinerator door hung open, the cylinder empty.

Without wasting a second, Anna whirled, lifted the heavy bar securing the doors and tumbled outside. Shaking all over, her heart pounding painfully, she backed away. What had just happened in there? Something had tried to crawl out of the incinerator. Something not
alive
.

eBooks are not transferable. All Rights Are Reserved. No part of this book may be used or reproduced in any manner whatsoever without written permission, except in the case of brief quotations embodied in critical articles and reviews. The unauthorized reproduction or distribution of this copyrighted work is illegal. No part of this book may be scanned, uploaded or distributed via the Internet or any other means, electronic or print, without the publisher’s permission.

PUBLISHER'S NOTE:
This book is a work of fiction. The names, characters, places, and incidents are products of the writer’s imagination or have been used fictitiously and are not to be construed as real. Any resemblance to persons, living or dead, actual events, locale or organizations is entirely coincidental.

This one’s for Sandy and Paul, with much respect

Thanks to everyone at Lyrical Press who worked with me on this story, in particular, my editor, Nerine Dorman, and Renee Rocco, whose cover art is always superb.

The motor boat sliced through the dark water of the Orfano Canal, headed for the Lido in the Venetian lagoon. Seated at the stern, the girl extended her arm over the side to catch the foam racing past the vessel. Her father stood at the wheel, nudging the throttle forward to pick up speed. The sun had dipped below the horizon, leaving a crimson trail in its wake.

As they swept by the darkened shore of Poveglia, the island situated between Venice and the Lido, the girl studied the eerie silhouettes of its low-lying buildings and the bell tower rising ominously above the trees. The island, she knew, was abandoned. During the day, the
carabinieri
patrolled its shores to make sure no tourists docked there. Apparently, the old buildings were in a state of disrepair and not safe.

In the fading light, black waves lapped at the stone steps leading onto the island. The
carabinieri
had left for the day and there were no boats nearby. As the girl glanced at the tower jutting up from the overgrowth again, she heard a bell toll, resounding loudly over the dark lagoon.

“Papa, why are they ringing the bell?” she shouted, to make herself heard over the din of the motor.

Her father turned around. “
Cosa
?”

“The bell. There.” She pointed to the island tower. “Why is it ringing?”

Her father’s face changed abruptly. “You hear a bell?” He sounded terse.

He did not respond, but in the next second, the boat swerved rapidly at full throttle, causing her to almost fall from her seat. At the same time, a spine-chilling scream pierced the night, riding across the waves toward them, followed by a ghostly wailing that made the hair on her nape stand at attention. As her father quickly veered the boat away from the island, he did something that caused the girl to become even more frightened. He made the sign of the cross.

She turned back to look at the receding island, now only a black stain on the horizon. It was silent once again.

The woman behind the desk on the second floor of the nursing home looked up and smiled. “Hello, Anna. She’s just fine. Stubborn as ever, though.” She gave a wink.

Esmeralda’s good-natured laugh followed Anna as she continued down the hall. Her grandmother, although tiny in stature, had always displayed a will of iron, a quality she had managed to carry with her to the advanced age of one hundred and three, and one she apparently asserted daily over the nurses charged with her care. Not for the first time it occurred to Anna that her grandmother’s longevity was probably directly attributable to her sheer tenacity.

She walked along the tiled corridor and entered the last door on the left. Her grandmother sat in a wheelchair by the window of her private room, fast asleep. Anna spent a moment studying her in the beam of sunlight pouring in from the open window. The shriveled form in the wheelchair no longer bore any hint of resemblance to the energetic woman who had raised her. Her grandmother’s head, bowed low, rested on a frail chest that rose and fell with shallow breathing. Parchment-thin and wrinkled skin hung from hollow cheeks, giving her a cadaverous appearance. Her wispy, snow-white hair, thin enough that her scalp showed through in some places, had been combed back and tied in a small bun. Boney hands, mottled with age spots, rested in her lap.

She appeared a portrait of fragility, but when Anna patted the old woman’s scrawny, sweater-clad arm, the faded blue eyes that opened looked sharp as tacks, and immediately alert.

Her grandmother’s sagging lips broke into a toothless grin.

“Where are your teeth?” It always disconcerted Anna to see her without her dentures.

“They hurt my gums,” the old woman grumbled. “I only put them in when I have to eat. But since you’re here...” She wheeled herself slowly over to the table next to the bed, retrieved her dentures from a plastic container and inserted them.

“I had a bowel movement this morning. So, good.”

Anna felt a stab of compassion for her grandmother, a prisoner to her wheelchair with only empty days to look forward to. “I brought you some fresh nightgowns—and apricots. I know how much you like them.”

“
Grazie
,
Bella
di
Nonna
, I do,” she said, using the term of endearment Anna remembered so well from her youth.

Anna hung the nightgowns in the closet nearby while her grandmother helped herself to an apricot, selecting a ripe one and breaking it in half to remove the stone before taking a bite.

“Today is not Sunday. Why are you visiting today?”

“I won’t be in town tomorrow, and I have some news I wanted to share with you.” Anna returned to sit beside her.

“You are getting married?” The old woman looked sharply at Anna.

Anna rolled her eyes in anticipation of the ritual conversation. “No.”

“You’re—what? Forty-seven? Forty-eight?” Her grandmother shook her head in disapproval.

Anna gave her standard response. “Old enough to take care of myself. I’m fine on my own, you know that. I make more than enough money, and I can do as I please. What’s wrong with that?”

“
Niente
. Nothing. As long as you’re happy.” The old woman gave her a look, clearly conveying this was not a satisfactory situation.

It was a lie, but one that Anna had grown accustomed to. Although she enjoyed a prestigious career and had carved out a secure life for herself, what little happiness she’d known had departed long ago, just after her fifteenth birthday—the day she’d been brutally raped by a stranger while riding her bike in the park. That traumatic event, and what happened afterward, had cut a deep swath across her soul, one that, despite the passage of more than three decades, had never really mended. Since that day, she’d been dogged by melancholy, a certainty that she was doomed to misery. The old wound remained, as much a part of her as her arms or legs.

She realized her grandmother was speaking to her and blinked her thoughts away.

“Next week is the anniversary of your mother’s death,” her grandmother said.

“Yes,” Anna responded, “I know. I’ll be going to the cemetery after I leave here.”

The old woman’s eyes clouded over, and Anna knew her grandmother was remembering the daughter she had lost forty-five years ago.

“You’re going today to the grave?” she asked Anna absently.

“Yes. I’m booked on a flight tomorrow. That’s why I stopped by to see you now. A job’s come up—a very important one,” she added. “I’ll bring some flowers for you, too, when I go to the cemetery, all right?”

The faraway look in her grandmother’s eyes vanished and she returned her attention to Anna. “What kind of job?”

“Well,” she said, relieved to change the subject, “it turns out I’ve been put in charge of a very big project. I’m to head up the design of a luxury hotel.”

“Big-shot architect, eh?” A spark of pride lit up her grandmother’s ancient eyes.

“Enough that I got written up in
Architectural Digest
last month,” Anna said. Aside from the startling news of her latest assignment, that article had been the feather in her cap.

“Good.
Brava
. Where is the hotel you’re making?”

“Italy. Venice, in fact.” She waited for her grandmother’s reaction. Nonna hailed from Venice, as had Anna’s mother, and she suspected the fact she’d be designing a hotel there would please her no end. Instead, she was met with stony silence.

Finally, her grandmother said, “What, they have no architects in Italy? They need
you
to go there?”

Her cutting remark took Anna by surprise. “I thought you’d be pleased, seeing as it’s your birthplace.”

“I have no good memories from there. Why would I be pleased?”

Anna said nothing, more than a little taken aback by her grandmother’s disagreeable reaction. True, Nonna seldom spoke of her life back in Venice, and had never expressed a desire to return to her homeland. But this project was an important one. She should have been happy for her.

Perhaps her grandmother sensed Anna’s resentment, because her voice softened a bit when she asked, “Where in Venice are you making the hotel?”

Anna decided not to take umbrage at the old woman’s remark. “An island, just off the coast of Venice. I’m flying out tomorrow to have a look at the site.”

A look of confusion, and something else, crossed her grandmother’s face at the words. “Which island?” she asked.

“It’s called Poveglia. Do you know it?”

“Nonna, what’s the matter? Why are you upset?” For the first time in memory, her grandmother looked truly old and defeated.

“Do not take this job, Anna. You must not go,” she said in a tremulous voice.

Maybe Nonna was less well than she let on, and concerned that Anna wouldn’t be around to visit.