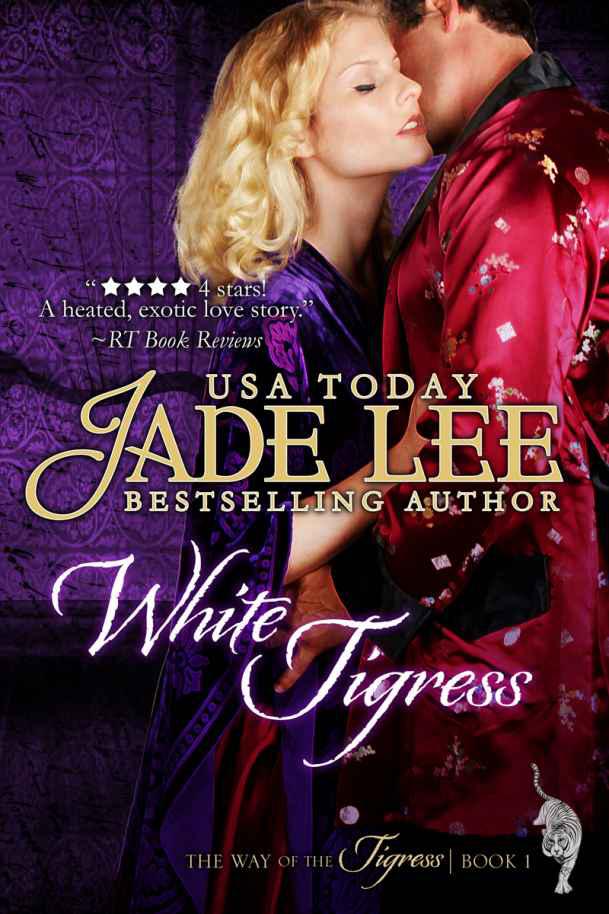 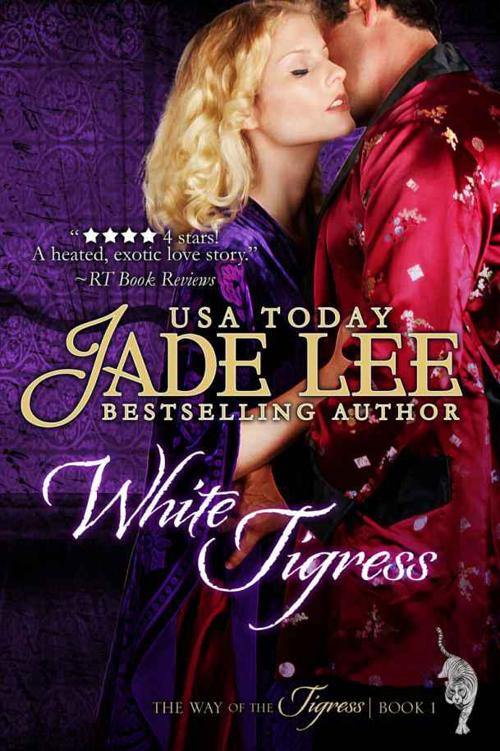 The Way of The Tigress

Copyright © 2005, 2012 by Katherine Grill. All rights reserved under International and Pan-American Copyright Conventions.

He owes an apology to Sodom and Gomorrah.

"Aaaah-ho. Aaaah-ho." The low, dirgelike chorus drifted across the Wangpu River, settling into Lydia Smith's ears until she shivered in excitement. She had heard stories about the sound. It was the mournful beat of the poor Chinese laborers—the coolies—as they built houses in ever-expanding Shanghai. And now, at last, she was hearing it for real.

"Aaaah-ho. Aaaah-ho." It was a slow sound, monotonous and dull, like the low beat of the city's heart, and Lydia strained to hear every pulse. Just as she struggled to hold the smoky air inside her lungs and see the white bungalow houses behind the brick walls of this new and flourishing city.

She couldn't, of course. The forest of masts obscured all but the boats that clogged the port, and yet Lydia still stood, grasping the rail with her smudged white gloves as she tried to absorb it all.

"It's so beautiful," she whispered, though it wasn't. The sky was overcast, and the air caught thick and moist in her throat. And it tasted faintly of ginger. Still, she repeated over and over, like a litany, "Beautiful Shanghai. My new home."

"Yer sure no one's meeting yuh at the docks, Miss Smith? Not even yer fiancé's servant?"

She jumped as the captain's broad shadow darkened the railing. She turned, wariness mixing with the excitement in her blood. She hadn't liked the looks of him from the beginning, but the temptation of a discounted passage from England to China helped her overcome her scruples. Especially as that meant she was now arriving a full two weeks early.

She couldn't wait to see Max's face when she surprised him.

Meanwhile, the captain was shuffling his feet, apparently concerned for her welfare. "It ain't safe in Shanghai. Not fer a lady alone."

Lydia smiled as she clutched her fiancé's last letter to her heart. "I have his directions and Chinese coins. I shall manage just fine."

"But you don't speak the language, miss. Not a word," the captain pressed, and Lydia felt herself relax at his concern. The man had grumbled about her presence nearly the entire trip, but now that they had arrived, he was obviously worried about her. In truth, he reminded her a bit of her father—gruff on the exterior, but with a heart of gold inside.

"Oh, I know a great deal more than a word." She wasn't fluent, but she was getting the hang of Chinese. "The crew has been teaching me some, and I had an instructor before that. A missionary who'd lived here for years."

He grimaced and began to walk away. "Shanghai's a dangerous place," he grumbled. But if he said any more, she didn't hear it; her attention had turned back to the docks.

Normally, the business of docking at a port would interest her. She'd learned quite a bit about sailing during the journey, had even made some friends among the crew, so she would have liked to be interested in their work right now—these last few moments among her own countrymen. But, of course, nothing could compete with the slowly clearing view of Shanghai. She saw now that it was a cramped city—not unlike London in that regard. The rich and the poor moved side by side, neither noticing the other except to grumble. The rich looked just like they did in London, including the latest fashions and equipages. Even the poor coolies seemed familiar, appearing like sailors to her, with their shortened pants and no shirts they squatted on the muddy banks. Behind them, the tenement houses rose inside bamboo scaffolding, imposing and ugly, in the way of all such buildings.