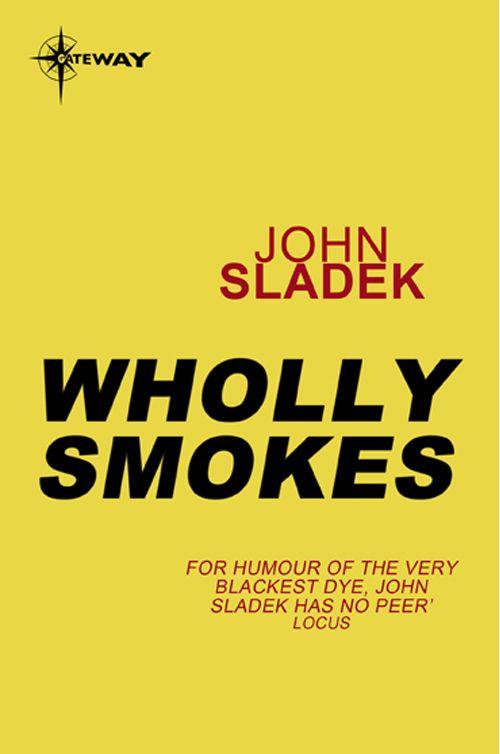 The Rise and Fall of the GST Tobacco Empire

Samuel Badcock and the Gob Heard ‘Round the World

Jezreel Badcock and the Gettysburg Address

As American as Base Ball

A Cure for Malaria

A Good Cigar is a Smoke

A Lucifer to Light Your Fag

Charleston Snuff, and Other Disasters

Sophisticated Ladies, Satin Dolls, and Brothers Who Could Spare a Dime

Hazardous to Your Health

Today, in 2020 A.D., it is easy to look back and dismiss GST as “just another tobacco company.” But this kind of 20-20 (or 2020 A.D.) hindsight is possible only because we have forgotten so much. There was nothing ordinary or common about GST; it was one of a kind. If we Americans loved it – if we hated it – it was always for GST itself, and never because it was “just another” anything.

It is hard to find a company more deeply American than the General Snuff and Tobacco Company (GST). The roots of GST are deeply twined around the roots of the USA. It has grown with this nation, from the settlement at Jamestown to the War of Independence, to the Civil War, the dawn of baseball, two world wars, and on into the twenty-first century. The story of GST is also the story of the Badcock family, who owned and operated the company throughout its magnificent history.

But the history of GST is also the history of advertising and marketing in America. An early GST genius not only inventedbaseball cards, but made sure that all ballplayers henceforward would chew and spit their way through games. Later the “Lady Fantasy” campaign brightened the lives of American soldiers through a world war. Still later, a GST market research study led to the
Hindenburg
disaster. And will America ever forget the (1950s) audacious live TV commercial of Horace Badcock? Or the (1990s) even more audacious – some would say outrageous – campaign for the hearts and minds of America’s children – called “Operation Puff Love”?

Whether we read it as a great family romance or a cautionary tale, the story of GST is a story for all times, all Americans, all family folk everywhere. 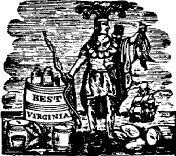 The earliest European visitors found the natives of the New World using tobacco in most of the ways we know of today: they smoked it in pipes (called tobagos) and cigars, they made cigarettes of thin perfumed reeds, and they chewed. As early as 1511, Roderigo de Jerez observed natives “drinking” smoke through a rolled-up leaf, and began smoking himself. He took the habit back to Spain, where the Inquisition imprisoned him for it. Seven years later, when he was released, smoking was already a fad in Spain. Soon, Spanish colonists were cultivating tobacco in Cuba.

The broad-leafed plant was just as popular
across Europe. Catherine de Medici, queen of France, used snuff in 1566 (as a cure for migraine). Sir Walter Raleigh persuaded Queen Elizabeth to try smoking in 1600.

In England, tobacco became known as “sotweed,” because it was believed to make the user “besotted”, or drunk. Some thought it had medicinal properties, curing everything from asthma and flatulence to cancer and epilepsy. Others argued that breathing smoke made men as sick as chimney sweeps. Whatever its effects, tobacco was colonial gold. Virginia and Maryland, which had little success selling other crops, grew prosperous on tobacco.

In 1604, James I of England wrote
A Counterblaste to Tobacco
, denouncing it as

[a] custome Lothsome to the eye, hatefull to the Nose, harmefull to the braine, dangerous to the Lungs, and in the black stinkingfume thereof, nearest resembling the horrible Stigian smoke of the pit that is bottomlesse.

His words fell on deaf ears. Englishmen (like all other Europeans) continued to use the vile weed from America in ever-increasing numbers. “Hatefull” it might be, but tobacco, from the very beginning, earned money for everybody, including the government. Holding its Nose, James’s
government raised the tobacco tax by 4,000%, and soon grew rich by taxing the Lothsome substance.

Still, the royal family continued to rail against the new substance. James’s son and successor, Charles I, declared that Virginia was “wholly built on smoke.”

The strange story of GST begins in James-town, Virginia in 1614, at the wedding of John Rolfe to the Indian princess Pocahontas. Rolfe had recently introduced a Caribbean variety of tobacco into Virginia. Stronger, sweeter than the local weed, it would become popular both in the colony and in England. Everyone at the wedding feast agreed, this was the best tobacco ever tucked into a clay pipe and touched by tinder.

No one was more enthusiastic than Henry Porteus, a young cousin of the bridegroom. Having accepted a cigar from one of the Native American guests, young Henry liked it so much that he made it the subject of his speech at the wedding feast, calling it “The Noble Red Man’s Gift of Golden Tobacco.” He made the startling (and at the time, treasonous) prediction that tobacco wouldbuild a new “Empire of America – the mightiest the world hath ever beheld.” How right he was! America would indeed rise to become a mighty world power, and the General Snuff and Tobacco Company would rise with it.

Henry was of course speaking simply as a
high-spirited youth, boisterous with tobacco and wine. He became increasingly tiresome throughout the evening, making endless ribald toasts to the happy couple, repeatedly claiming kisses from the bride, and boasting that smoking augmented his own manliness, “making mee large and stiff as any cigarro.” Finally he capped off the evening by abducting the bride.