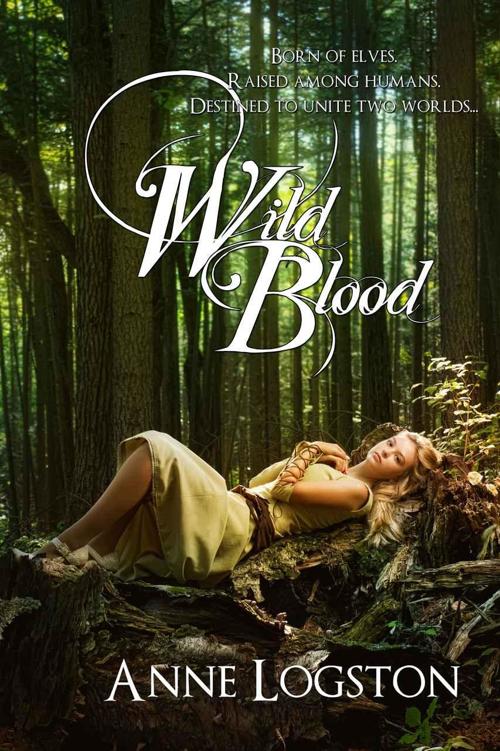 Excerpt from High Lady Rivkah’s written history of the attempted invasion of Allanmere:

“...rumors of an invasion force of barbarians sweeping down from the north, looting and destroying every settlement in its path. High Lord Sharl, then in Cielman at the time, arranged for additional shipments of supplies and negotiated for additional troops, the hiring of mercenary soldiers and mages, and other defensive measures for the city. He arranged also for the manufacture and shipment to Allanmere of a wagon full of trade goods in the hope of entering into a treaty with the elven clans in the forest known as the Heartwood near Allanmere, although these elves had previously reacted with hostility to any approach of the forest.

“High Lord Sharl conveyed both the elves to Allanmere, although an attack by hostile elves near the edge of the forest cost him the life of his guardswoman Doria. High Lord Sharl made the elves welcome in his home and began the fortification of Allanmere in preparation for battle. He received into his house and protection those elves coming from the forest begging for food and shelter. High Lord Sharl took to wife his companion Rivkah and pledged that she would bear the people of Allanmere an heir.

Sharl sought to focus the brunt of the barbarian attack against the city, hoping that the elves in the forest would be left in peace, and to that end ordered a mighty storm to counter the barbarians’ fire. High Lord Sharl’s mages conjured the image of a great fire god, the enemy of the barbarians’ ice god, and a great earthquake, which caused the barbarians to flee the city. In due course the mighty magics and bold warriors of the city were able to repel the attack and send the barbarians forth, though at a cost of considerable damage to the city.

“When it became apparent that the city had been rendered unfit for habitation by the damage during the attack, High Lord Sharl resolved to return to Cielman to raise money to rebuild the city. He first visited the forest to learn how the elves had fared and was told by Rowan that there was no longer any unity among the elven peoples. The elf Chyrie, who had been with child and whose husband had perished in the battle, had borne twins, a boy and a girl. She gave the girl-child, Ria, to High Lord Sharl and High Lady Rivkah to foster in the hope that one day the elves of the Heartwood and the people of Allanmere could again stand together in peace and unity.

“To understand these events surrounding the founding of the great trade city of Allanmere, it is first necessary to understand the proposed economic base of the city and High Lord Sharl’s expectations...”

From the oral clan history as told by Raman, Eldest of the Inner Heart Clan:

“...so it was that Rowan of Inner Heart had joined the clans of Inner Heart, Moon Lake, Redoak, and Owl Can until they lived as one clan, and the women who had ripened danced the High Circle together, and fruit was brought to loins thought barren. And it was Rowan’s desire that other clans be brought to deal in friendship with Inner Heart and with each other, so that all in the Heartwood should prosper together.

“It was in that time that Valann and Chyrie of the Wilding Clan, who were mates, Valann gifted as a healer and Chyrie as a beast-speaker, journeyed to the Forest Altars upon Chyrie’s ripening, to seek the Mother Forest’s blessing of their coupling that they might conceive a child. Thus they came together at the Altars that Valann might plant seed in Chyrie’s womb, but were most foully attacked by fur-clad humans who, despite Valann and Chyrie’s fiercest struggles, rendered Valann insensible and took Chyrie’s body by force. They were in turn attacked by the humans Sharl, Rivkah, Romuel, and Doria, who dared to draw their weapons and spill blood on the most sacred earth of the Forest Altars, but did thereafter somewhat heal Valann and Chyrie by use of their outland magic.

“Our Gifted One, Dusk, completed Chyrie’s healing and so learned that Chyrie was with child, but that she bore two sparks of life in her womb, a great and unknown blessing of the Mother Forest portending events of the greatest import.

“Under truthspell the humans were forced to admit that they had knowledge of a great barbarian army approaching the forest from the north, posing a threat to both the forest and the human city. They had deliberately sought to conceal this knowledge and had abducted Valann and Chyrie with the intention of holding them hostage to force the elven clans to grant trade favors to the city.

“In punishment for their crimes against Valann and Chyrie, Rowan placed a geas on the humans to grant asylum to those most precious to the elven clans, the children, pregnant and ripe females, and those too sick to fight in defense of their land, within the city during the battle, and to render unto the forest clans such weapons and aid as the human city possessed. Rowan bound the humans to say nothing of the geas laid upon them or of the crimes they had perpetrated, that those who looked to the human Sharl for leadership should obey him more willingly. Rowan sent Valann and Chyrie to watch and assure the humans’ fulfillment of their obligations to the forest, and to shield Chyrie and the lives she bore from harm. Rowan sent messages of goodwill to all the clans of the Heartwood, bringing together many to fight as one against the enemies approaching, and inviting them also to send some of their people to the city to shelter.

“So it was that Valann and Chyrie journeyed from the forest into the human city, where they gave welcome and comfort to those of our clans who came to the city for shelter, and shielded them against the taunts and abuse of the humans of the city. Valann and Chyrie and the elves who came to the city worked together to help the humans, to teach them in the ways of preparing and preserving food and in the magic of the forest.

“In time the barbarian force swept down from the north like a great tempest, ravaging the edges of the Heartwood as they journeyed around it toward the city. Many brave clans fought and fell to keep the invaders from the forest, and many clans who had fought fiercely one against the other now stood back to back as if born of the same womb, binding together their gifts and their swords striking as one against the enemy. Still the invaders won deeper into the forest, ravaging its very heart so that it seemed that the forest must fall.

“Inside the human city, those who had gone to shelter fought bravely as well, but in a great strike the barbarians slew Chyrie’s mate. So it was that Chyrie, heavy with child and dark with grief, flung her spirit into the very heart of the Mother Forest and raised the forest itself against the invaders, raising vine and tree and every beast of the forest against the barbarians. And a great shaking came from the earth, and the barbarians fled northward once more, leaving the forest gutted and half-dead behind them.

“And in these great trials the alliance of the elven clans was no more, for many clans had died and many others had lost their lands, and there was little game. But Chyrie in her time bore twin children of elven and human blood mixed together, and she gave her daughter Ria to the human lord Sharl and her son Valann to Rowan as the Mother Forest willed, as a symbol of hope that humans and elves might once more thrive and dwell as peaceful neighbors. And Chyrie returned to the forest, where she who was most greatly tried and most greatly blessed by the Mother Forest dwells and stands as guardian of the peace and prosperity of our lands.

“And so it is that the Mother Forest has decreed that a great destiny awaits the children of Chyrie, that one day all the peoples of the forest will once again stand together in friendship, and that peace will be made between the forest and the humans as well.

“And so it was that Rowan set about rebuilding the village of Inner Heart, where many had perished and the lands had suffered and the game had fled...”