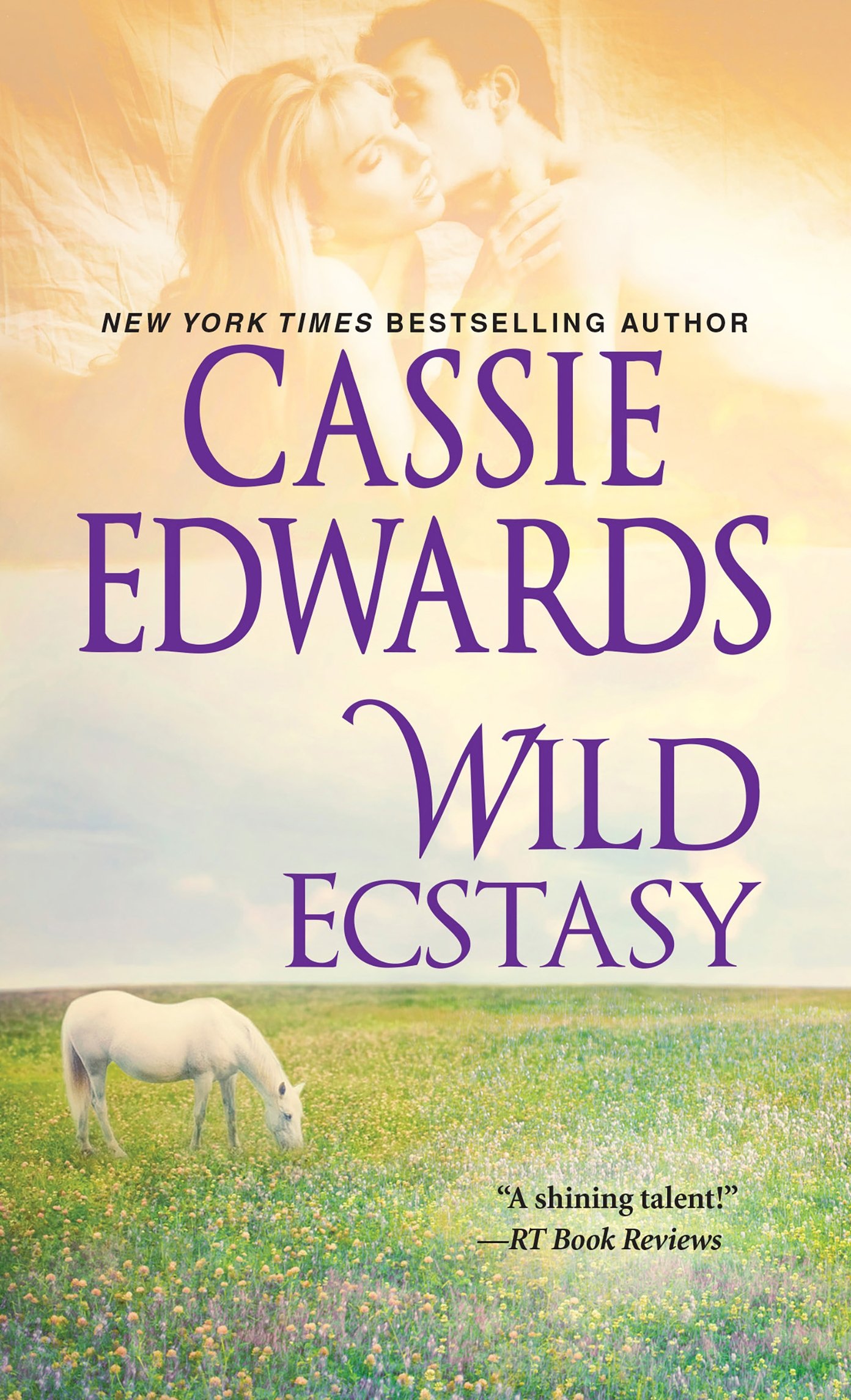 NEW NAME FOR LOVE
She was no longer Mariah. She had a new name to go with her new life among the people who had saved that life.
No-din
. At first it seemed so strangeâyet from Echohawk's lips it did not seem strange at all.
“
No-din
,” he said. “Woman of the wind. Such a beautiful name.” He reached a hand to her face. “You are as beautiful as your name. Your features are delicate. Your lips are as soft as a rose petal.”
His sudden, burning kiss caught her off-guard, stealing her breath away. But then sweet, unbearable desire twined her arms around his neck as she returned the kiss with a passion that she had never known was locked inside her . . . waiting to be released by love's magic key. . . .
Also by Cassie Edwards
Rapture's Rendezvous
Â
Silken Rapture
Â
Portrait of Desire
Â
Wild Desire
Â
Wild Thunder
Â
Wild Whispers
Â
Wild Splendor
W
ILD
E
CSTASY
CASSIE EDWARDS