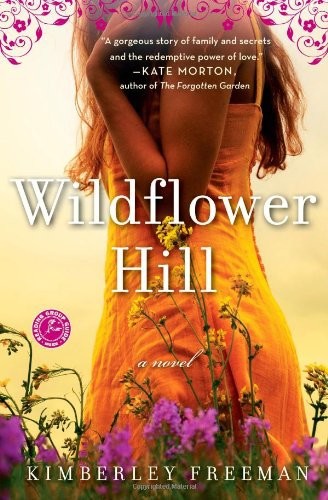 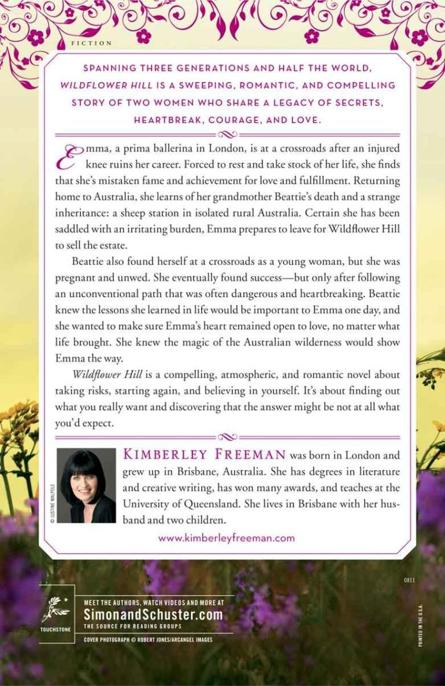 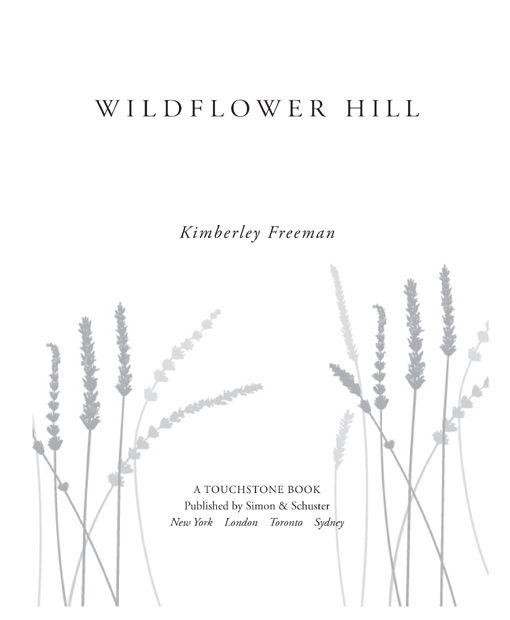 Originally published in Australia in 2010 by Hachette Australia Pty. Ltd.

All rights reserved, including the right to reproduce this book or portions thereof in any form whatsoever. For information address Touchstone Subsidiary Rights Department, 1230 Avenue of the Americas, New York, NY 10020.

for Janine, who is precious

“Emma, your grandmother asked you a question.”

“Hm?”
Left leg, pas de chat. Left leg, petit jeté.
On and on across the parquetry floor, from one sunbeam to the next. She loved Grandma’s house, especially the music room, where the sun patterned through the gauzy curtains, and there was enough space to dance and dance.

“Leave her be, dear,” Grandma replied in her quiet, musical voice. “I’m enjoying watching her dance.”

Grandma chuckled. “She’s only eleven. Plenty of time to learn manners when she’s older. And you do insist on putting her in those uppity schools.”

Left leg, pas de chat
. . . “No, no, no!” Emma stamped her foot.
Deep breath. Start again. Left leg, pas de chat. Left leg, petit jeté
. . . She became aware of the silence in the room and glanced up, expecting to find herself alone. But Grandma was still there, on a deep couch beside the grand piano, watching her. Emma shook herself, pulled her spine very upright, and gazed back. Above Grandma’s head hung a large painting of a gum tree at sunset: Grandma’s favorite painting. Emma didn’t really understand how anyone could be so interested in a tree, but she liked it because Grandma liked it.

“No, I’ve been watching you. Your mother left ten minutes ago. I think she’s with Granddad in the garden.” Grandma smiled. “You certainly love your dancing, don’t you?”

Emma could only nod. She hadn’t learned a word yet to describe how she felt about dancing. It wasn’t love, it was something much bigger and much weightier.

Grandma patted the couch next to her. “Sit for a wee minute. Even a prima ballerina needs to rest.”

Emma had to admit that her calves were aching, but she didn’t mind. She longed for aching muscles and bleeding toes. They told her she was getting better. Still, Grandma had been very kind to watch all this time, so she crossed the room and sat. Somewhere deep in the house, music played: an old big-band song that Grandpa liked. Emma preferred Grandma to Grandpa infinitely. Grandpa went on and on, especially about his garden. Emma knew her grandma and grandpa were important people with a lot of money, though she cared very
little about what it was they did or had done. Grandma was fun and Grandpa was a bore, and that was that.

“Tell me about your dancing,” Grandma said, taking Emma’s slight hand in her soft fingers. “You’re going to be a ballerina?”

Emma nodded. “Mum says hardly anyone is a ballerina, and I should do something else just in case. But then there wouldn’t be enough time to dance.”

“Well, I’ve known your mother all her life.” Here Grandma smiled, crinkling the corners of her blue eyes. “And she’s not always right.”

“You must work hard, though,” Grandma said.

Emma grew serious, lifting her chin. “I already do.”

“Yes, yes, by all accounts you work so hard on your dancing that you haven’t time for anything else. Including making friends.” A look crossed Grandma’s forehead, one that Emma couldn’t decipher. Was it worry? Or something else? They sat in silence a few moments. Outside, the autumn sun slanted on rattling branches. But inside it was very still and warm.

“You know,” Grandma said, shifting in her seat and squeezing Emma’s hand before dropping it, “I’d like to make you a promise.”

“If you do become a ballerina, I will give you a present. A very precious one.”

Emma didn’t want to seem rude, but she couldn’t fake excitement. She smiled sweetly and said, “Thank you,” as her mother would want her to.

This made Grandma burst into laughter. “Oh, dearie, that doesn’t thrill you at all, does it?”

Emma shook her head. “You see, Grandma, if I become a ballerina, then I will already have everything I want.”

“Nevertheless, I will keep my promise,” Grandma said. “Because you’ll need something for after. Ballerinas can’t dance forever.”

But Emma was already off again. Thinking of making her dream come true had lit up all her nerves and muscles with desperate energy: she had to move.
Pas de chat. Petit jeté.

“Emma,” Grandma said softly, “do try to remember that success isn’t everything.” She sounded sad, so Emma didn’t look around.

Murder at the Blue Plate Café (A Blue Plate Café Mystery) by Alter, Judy
Royally Lost by Angie Stanton
The Dead Fish Museum by Charles D'Ambrosio
Heraclix and Pomp: A Novel of the Fabricated and the Fey by Forrest Aguirre
Dreams of Perfection (Dreams Come True) by Heflin, Rebecca
Dead Zero by Hunter, Stephen
Sybil by Flora Rheta Schreiber
The Accidental Apprentice by Vikas Swarup
All That Glitters by Catrin Collier
Child of the Light by Berliner, Janet, Guthridge, George