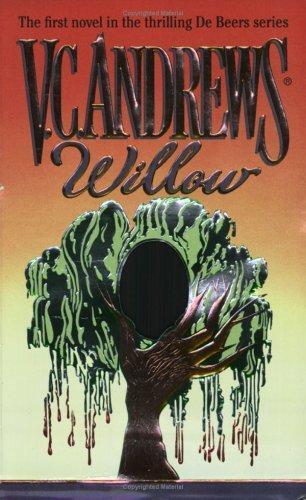 Prologue
.
I walked hesitantly down the corridor to my

sophomore English class at the University of North Carolina as if I already knew the trouble that awaited me.
I
could actually feel the increasing trembling in my body, the quickening of my heartbeat, and the spreading of the small patch of ice at the base of my spine. The moment I had awakened this morning. I sensed something was seriously wrong back home. It was as if a dark storm cloud had floated by earlier and had paused overhead long enough to rain a chill down into my heart. Almost as soon as I opened my eyes. I wanted to call Daddy, but I didn't. My boyfriend. Allan Simpson, a prelaw student, was fond of teasing me whenever I had what my Portuguese nanny. Isabella Martino, used to call the
dreads
-- dark, ominous feelings that moved up your spine like mercury in a thermometer.

"I can't believe you let a superstitious old woman affect you like that," he said. "The dreads? The ability to feel trouble coming? Really. Willow, you're almost nineteen. You're not a child."

I knew I wasn't a child, but how could I not have been influenced more by her than by anyone else and carried that influence into my adulthood? Up until I was nearly seventeen, when she finally left us to return to her family in Brazil. Isabella, whom I fondly called Amou, had more to do with my upbringing than my own mother, who had leaped upon the opportunity to let me know I was adopted as soon as I could understand what the word meant. Afterward, she didn't hesitate to put the word in front of mother whenever she used it in reference to me. Other children my age had mothers,
I
had an adoptive mother.