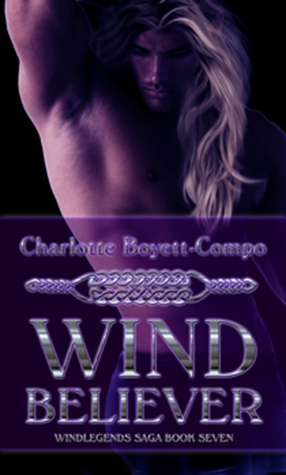 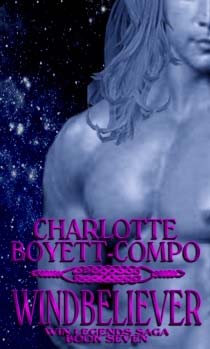 Abdul Hussein: Owner of the Kilnt quarry in the Inner Kingdom Ageless Ones: Depraved demons who control the wickedness of man Amber-Lea MacFadden: Red-haired beauty who first catches Conar’s then Brelan’s eye; was lover to both.

Asoteks: Fierce war-like tribe who lived on the land before it became Chrystallus.

Alel’s Force: Men and women who fought against the evil that sprang up after the Burning War.

Baybridge Harbor: Entrance to the capitol of Virago

Boris Micalovek: One of the Outer Kingdom warriors

Brotherhood of the Domination: An ultra-secretive society of sorcerers dedicated to ruling mankind through black magic

Brothers of the Wind: Priests who take care of the temples in the Seven Kingdoms Burning War, The: Last war in which mankind was all but eradicated.

Catherine Steffenovitch: Daughter of Tzar Anton of Outer Kingdom; wife to Conar and mother of Brianna

Celene McDonough: One of the women at Abbadon

Century: Where the Temple of the Winds is located.

Ching-Ching: Master of the martial arts in Chrystallus

Chrystallus: Ruled by the Shimota family; keep is called Binh Tae Palace, capitol at Nyotoka Ciona: Seaside town that is the home of Brelan Saur

Clere: The lawgiver God of the Seven Kingdoms

Conar Aleksandro McGregor: Prince Regent of Serenia; son of Gerren and Moira Codian McGregor, Prince: Son of Glaen and Liza; known as Cody; had a twin brother who died at birth.

Colsaurus: A town in Serenia

Corinth: Town near the Temple of the Winds

Coron McGregor, Prince: Son of King Gerren and third in line to the McGregor throne Courts of the Seven Kingdoms:

Cyle Alla Jemann, Princess: Galen McGregor’s first wife who died from a fall from the balcony at Norus Keep

Daughters of the Multitude, The: Secret society of high born ladies dedicated to bringing harmony and peace back to the world

Deathwielder: Sword given to Conar when he was invested with his powers in Chrystallus Demonicus: An arch-prelate of the Domination

Dunswitch: A town near Norus Keep where Conar and his men were attacked and Rayle was killed

Dyllon McGregor: Son of King Gerren of Serenia and fourth in line to throne; married to Grace Brell, sister of Tyne

Galbrath Convent: Brutal nunnery run by the Brotherhood of the Domination Gatherer, The: The Angel of Death

Great Lady, The: Leader of the Daughters of the Multitude aka Lady of the Waters; she is the Windmaster’s Mate and Keeper of the gate

Grotto, the: Underground waterway where Prince Tristan was conceived, where Conar nearly died and Galen was murdered

Holy Dale: Ancestral home of the Sorn family; near Wixenstead Harbor and not far from the Carbondale Gate.

Hound and Stag Tavern: Where Conar and Liza met

Illuvia: One of the god Alel’s many wives; goddess of the seas (spelled Alluvia and Aluvia in some other countries)

Inner Kingdom: Country in the Ventura Province; Capitol is at Tasjorn and the royal family is Alla Lajeel.

Iomal: The city of Insults in the Southern Zone of Norus; once owned by Chale but now houses a contingent of the Southern Forces.

Ionary: Small principality ruled by the Montyne family; capitol at Derbenille and the keep there is called Ravenwood

Ipsmal: Town that is Zone capitol of Zephyrus ruled by Prince Dyllon Ivor Keep: Estate owned by Legion A’Lex and given to him by his father, King Gerren; near Epstein in Boreas Zone; where Conar was conceived

Jabal: Inner Kingdom emirate just north of Rysalia. It has two princes, Raman and Nadar who were sent to the Labyrinth.

Jabol: One of the dual capitols of Kensett

Jabyl Jemann: Sheik of the Hasdu tribe; father of Princess Cyle Jah-Ma-El: Illegitimate son of King Gerren; a priest in the Domination Jaleel Jaborn: Hasdu Prince from Dahrenia who wished to marry Princess Cyle and took his revenge for her death out on Conar

James Alel: Commander of the North American Force fighting during the Burning War.

Janusk: Country in the Inner Kingdom

Julian Faustine: Illegitimate son of King Gerren and twin of Morgan Kaileel Tohre: Archbishop of the WindWarrior Society and Cardinal of Ordination for the Brotherhood of the Domination.

Kanan: Cousin of Chaim and servant to Princess Sybelle.

Keil Jabyur: High Priest who trained Jah-Ma-El at the Great Abbey of the Domination Kensett: Country that is the emirate of King Soabe Ben-Alkazar, father of Sajin and Sybelle; dual capitols at Kharis and Jabol in the Capstanian Mountains Khamsin: The name onar takes in the Inner Kingdom when he leads the Samiel (Wind Force) there.