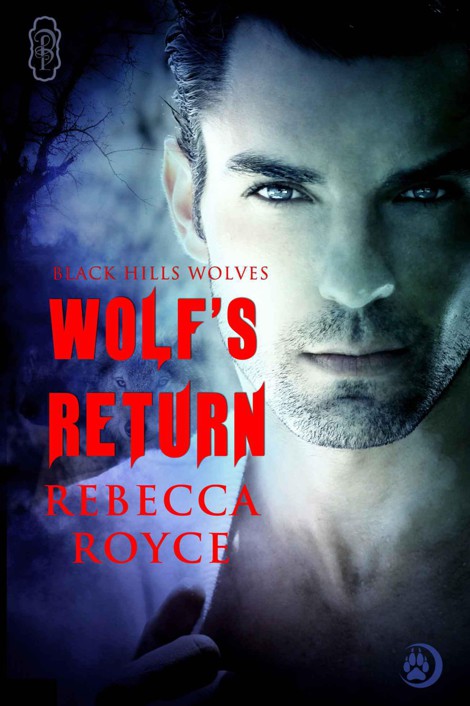 Portrait of a Lone Wolf

Out of Place Mate

Mate by the Music

Return to the Sea

I’ll be Mated by Christmas

One Night With a Wolf

Love in One Night

To all the authors who said “yes” when I said we should do a series like this.

I couldn’t have done this without you.

The rain pounded on the roof of the white center hall colonial, a strong, loud rhythm Drew Tao had come to associate with New Jersey in the early winter. Cold, windy, and gray without any snow to bring beauty to frigid air. But none of that mattered. Not when he could be indoors working. It could be one hundred degrees and sunny. When he was working, he hardly noticed. Finishing his task mattered more than anything else.

Drew stepped back to survey the entertainment unit he’d spent the last two days building for his client—a couple in their early twenties had commissioned his custom work for their sixty-inch flat-screen television. They would be happy with what he had created. He’d left ample space for every accessory they wanted and some places for the wife to display decorative touches. All oak, as they’d requested.

He smiled; finishing the piece was a good day’s work, and he took satisfaction in knowing the few useful skills he had in this human world could make others happy. His hands tingled. It was almost time for him to move on. Staying in one place for too long made his wolf-side twitchy. When things started to feel too much like home, he suddenly craved his pack.

And the spirits knew he’d never have that again.

The phone in his pocket vibrated, and he ignored it. Several clients were waiting to hear from him about whether or not he’d be able to work for them in the next couple of weeks. Since he needed to move on, the answer would have to be a resounding no. He could wait a few more hours to send his regrets.

It vibrated again, and he groaned. “Pushy client.” Maybe he’d dodged a proverbial bullet by deciding it was time to go.

He pulled his phone out of his pocket and looked at the message. It wasn’t a number he recognized, but he never stored any names. What was the point? Anyone calling or texting constituted a temporary client who became a temporary acquaintance during his time with them. No one worth remembering—no possibility of friends or family.

Drew forgot to breathe for a second.

Another message came through.
Are you there?

Drew had to read the words several times before his brain made sense of what he saw. He exhaled loudly and walked to the window to look outside at the rain. Despite the improbability of anyone from his pack being able to get in touch with him after ten years away, he had no doubt the
he
in question was his father. No one else’s death—short of B’s—would matter enough to warrant reaching out to him.

Of course, it could just be a trick, meant to lure him home so the old man could finally kill him.

Are you there?
Was he? Drew could do what he usually did when something brought up memories of home—he could ignore the message. Throw out this phone, get a new number. Move the fuck on.

Are you there, Drew?
His phone vibrated again.

“Oh, what the hell?” Truth was, he couldn’t keep going on as he’d been doing. Sooner or later, he had to go home. He had to return to the Black Hills and the pack he’d been exiled from. If the Alpha was really dying, then he had to go back.

The answer came less than a few seconds later.
Who else would be texting you, boy?

He smiled. For the first time in longer than he could remember, he laughed aloud. Gee. The old Bear. Of course he’d be the one to reach out to him. Not part of the wolf pack, the were-Bear wouldn’t care in the least about the fact that his father had made it illegal for anyone to contact him. Gee lived by his own set of rules, and they were the only ones the Bear cared to follow.

Decided, he texted.
I’ll be back tomorrow
.

Ten years away from the Hills. Would they still feel like home? Would the trees smell the same? Would the woods speak to him?

Well, that remained to be seen. What was the worst thing that could happen? His father had already ripped out his soul when he sent him into exile.

The creek trickled in front of Drew, not frozen but bound to be before too long. Winter was a harsh master and had to be properly obeyed lest he find himself frozen to death from lack of care.

He turned at the sound. He’d stayed on the edge of pack land. It had seemed easy enough when he’d set out to come home. However, standing in the Black Hills of South Dakota, so close to the werewolves whose absence he had felt for a decade like a hole in his gut, he found it hard to move his feet.

His mate was somewhere within the borders, too. He had to push thoughts of B from his mind. Thinking of her was too much. Even wondering about B had the ability to bring him to his knees.

He must have been really out of it, or it had been too long since he’d had to watch his back, because he’d failed to hear the Bear approach. Or maybe that was just what Gee had wanted.

“I told you I would.” He regarded his old friend and mentor. The Bear hadn’t aged a day. His long narrow face and sunken eyes stared at him like he knew his every secret in the world.
Hell, he probably does
.

Gee guarded his privacy like it was his most prized possession, and Drew really had no idea how old the other man was. If Gee wanted him to know, he’d tell him. If not, Drew would probably live and die never knowing certain facts about the were-Bear. In fact, on Drew’s deathbed, he’d likely look up and see Gee appearing exactly the same as if he’d not aged a day.

It had freaked him out as a child. These days, he found it strangely comforting. Some things should stay the same. Even if it was only Gee’s facial features.

“How was your trip?”

He smiled at the other man. “You don’t really care how my trip was.”

The Bear nodded, his shoulder-length brown hair moving when he did. “No, I don’t.”

“Since when do you text?” He had to say something. The urge to throw himself at his childhood mentor and hug him felt too strong. Neither of them would be comfortable if he gave into his strange need. Resistance seemed to be the name of the game.

“Doesn’t everybody text?” Gee looked at the sky, sniffing the air. Drew followed suit, but all he could smell was the winter on the trees and the wood smoke of a small fire in the distance. Someone was always camping in the Hills.

“How did you get my number?”

Gee grunted, and Drew clenched his teeth. If he’d gone noncommunicative, then that was going to be the end of the line of questioning. How Gee had acquired his phone number would remain a mystery.

“Do you guys have wireless here?” It was easier to talk about meaningless details than face what waited for him nearby.

Another grunt and Gee walked past him into the forest. Drew supposed he was meant to follow, and so he did without comment. Maybe it was time to man up and just ask what he needed to know. He gritted his teeth before he spoke. “What is he dying from? Someone finally stab him in the stomach?” Like Drew should have done years ago. One good shove of a blade….

Only that wasn’t the werewolf way, and since he hadn’t been able to battle his father the right way, no fight had happened.

“He’s been poisoned. Slowly. Over time.”

“What?” He stopped walking. Talk about not the werewolf way. “Someone has been slowly murdering him?”

“He still might survive.” Gee went left, and Drew hurried to catch up to him. “His food is being better monitored.”

“So, the part about his dying was what, a lie?” He shouldn’t be surprised. Everyone had a stake in the Hills. Even Gee bent the truth when he wanted to. The question then had to be why Gee had wanted him back and not any time in the last ten years.

“Subjective word choice. He is dying. That does not necessarily indicate he
will
die. I didn’t say that.”

Drew rolled his eyes. Five minutes back and Gee had already schooled him. “Subjective my ass.” A question formed on his tongue. He wanted to ask, needed to know about B. For ten years she’d haunted him, tempted him, and driven him to near madness in his dreams. His body craved hers. But he didn’t say a word because he had forsaken the right to do so when he’d left.

Gee stopped moving, and Drew almost plowed into him from behind. “We’re no longer going. We have arrived.”

“Thanks.” The scent of another shifter reached his nose, and in less than a second, he knew who he’d been brought to see. Ryker Grey. Pack Enforcer. The one who made sure they all obeyed the rules and who brought them to justice if they didn’t. His father’s violent right hand. “Seriously? Did you bring me all the way back here to be killed?”

“If you had come to Ryker ten years ago instead of leaving like you did, then things would be quite differently.” Gee didn’t talk much. Ryker wasn’t much of a conversationalist either. Or at least he never had been before. Why use ten words when one would do?

One Night with Sole Regret 01 Try Me by Olivia Cunning
Swimming by Nicola Keegan
The Devil in the White City by Erik Larson
Then You Happened by Sandi Lynn
Nightwatcher by Wendy Corsi Staub
The Fountainhead by Ayn Rand
The Ming Dynasty Tombs by Felton, Captain Chris
Flynn's World by Gregory McDonald
Losing Israel by Jasmine Donahaye
Naked Came The Phoenix by Marcia Talley