Read Writing the Paranormal Novel: Techniques and Exercises for Weaving Supernatural Elements Into Your Story. Online

Writing the Paranormal Novel: Techniques and Exercises for Weaving Supernatural Elements Into Your Story. 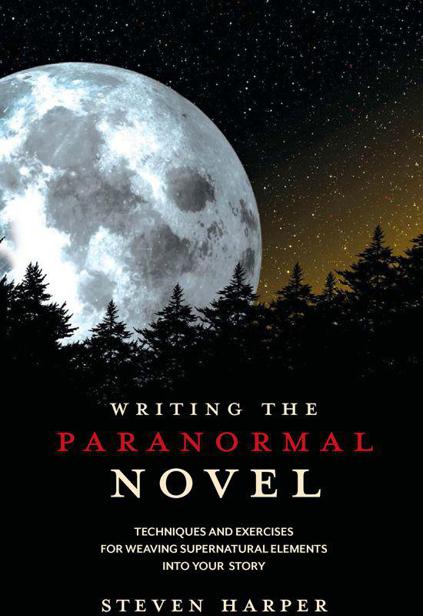 TECHNIQUES AND EXERCISES
FOR WEAVING SUPERNATURAL ELEMENTS
INTO YOUR STORY

Writing the Paranormal Novel
. Copyright © 2011 by Steven Harper Piziks. Manufactured in the United States of America. All rights reserved. No other part of this book may be reproduced in any form or by any electronic or mechanical means including information storage and retrieval systems without permission in writing from the publisher, except by a reviewer, who may quote brief passages in a review. Published by Writer's Digest Books, an imprint of F+W Media, Inc., 4700 East Galbraith Road, Cincinnati, Ohio 45236. (800) 289-0963. First edition.
For more resources for writers, visit
www.writersdigest.com/books
.

To receive a free weekly e-mail newsletter delivering tips and updates about writing and about Writer's Digest products, register directly at
http://newsletters.fwpublications.com
.

Steven Harper Piziks
is the author of
In the Company of Mind and Corporate Mentality
, both science fiction books published by Baen Books. Writing as Steven Harper for Roc Books, he has produced The Silent Empire series for Roc and is currently writing The Brain Plague steampunk trilogy for DAW. He's also written books based on
Star Trek, Battlestar Galactica
, and
The Ghost Whisperer
, as well as the movie novelization
Identity
. When not writing, he plays the harp, wrestles with his three sons, and spends more time online than is probably good for him.

PART I: GATHERING THE ELEMENTS

CHAPTER 1:
The Nature of the Paranormal

CHAPTER 3:
The Paranormal at Large

CHAPTER 5:
The Paradox of Clichés

CHAPTER 7:
Magic and the Superhero

CHAPTER 10:
Fight Scenes and Flashbacks: How to Handle Paranormal Pacing

PART I: GATHERING THE ELEMENTS 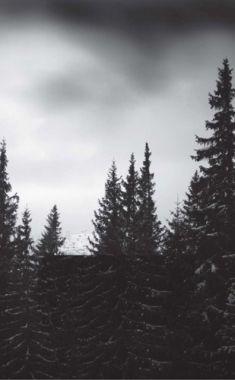 CHAPTER 1:
The Nature of the Paranormal

W
elcome to a wonderful world of weird. You can find just about anything here: lovely bones, lightning thieves, graveyard books, wild swans, half magic. The list is as endless as imagination. And you've decided to write in it. Cool!

We do have a few rules. Sorry, but there it is. You can't do just
anything
. You only get three wishes. The magical gate closes at sunset. The handsome stranger doesn't drink … wine. Even the supernatural world has its little ways.

Don't fret. We'll walk you through, open all the doors, and reveal all the secrets. Please keep your arms and legs inside the tour bus at all times (lest they get bitten off) and remember to tip the driver (he gets testy if you don't). And at the end of it, you'll have your own paranormal manuscript.

JUST WHAT IS A PARANORMAL BOOK, ANYWAY?

If you want to write science fiction — bear with me here — you have to create a story with some piece of extrapolated science (such as dinosaur cloning or the ability to zap a corpse back to life) that's so integral to the plot, you can't remove it without destroying the story. Remove the cloned dinosaurs from
Jurassic Park
, and you have no story. Remove the reanimated dead from
Frankenstein
, and you have no story. Science is the element that makes these novels into science fiction instead of, say, adventure or romance or gothic.

Paranormal novels work the same way. You need some element of magic or the supernatural that's so deeply integral to the story that the entire novel would collapse if you removed it. Try removing the supernatural element from
Dracula
and see how far you get. The book has a romance, but without the vampire count to move things along, author Bram Stoker would have no story. On the other hand, if your protagonist's werewolf boyfriend could just as easily be a muscular guy who loses his temper once a month right around the time he needs a haircut, you aren't writing a paranormal novel, you're probably writing a romance with supernatural trappings — and your readers will see right through it.

People have been telling supernatural stories from the beginning of human civilization. Such stories form the basis of every mythology that ever existed. These tales explain how the world came to exist, why we have earthquakes, who stole fire from the gods, where people go when they die, or anything else that needed explaining. Other supernatural stories spin grand adventures of bold heroes: Odysseus and Gilgamesh and Lemminkäinen and Aladdin. And it wasn't just the stories themselves that endured — the concepts remained as well. Who doesn't want to be swept away from this dull, mundane world to a wondrous, magical land? Who hasn't fantasized about finding a magical object of great power and having fun with it? Who hasn't fervently wished for the perfect magical lover to tell us we're irresistible? These and other supernatural concepts have hung on for generations for one reason: They're
fun
to think about.

The Penwyth Curse by Catherine Coulter
Notebook for Fantastical Observations by Holly Black, Tony DiTerlizzi
Fatal by S.T. Hill
Star Toter by Al Cody
The Destiny (Blood and Destiny Book 4) by E.C. Jarvis
Arrows Of Change (Book 1) by Honor Raconteur
Prey by Rachel Vincent
Protected by Shelley Michaels
There Is No Otherwise by Ardin Lalui
Playing Hearts by W.R. Gingell