Read You Must Change Your Life Online

You Must Change Your Life 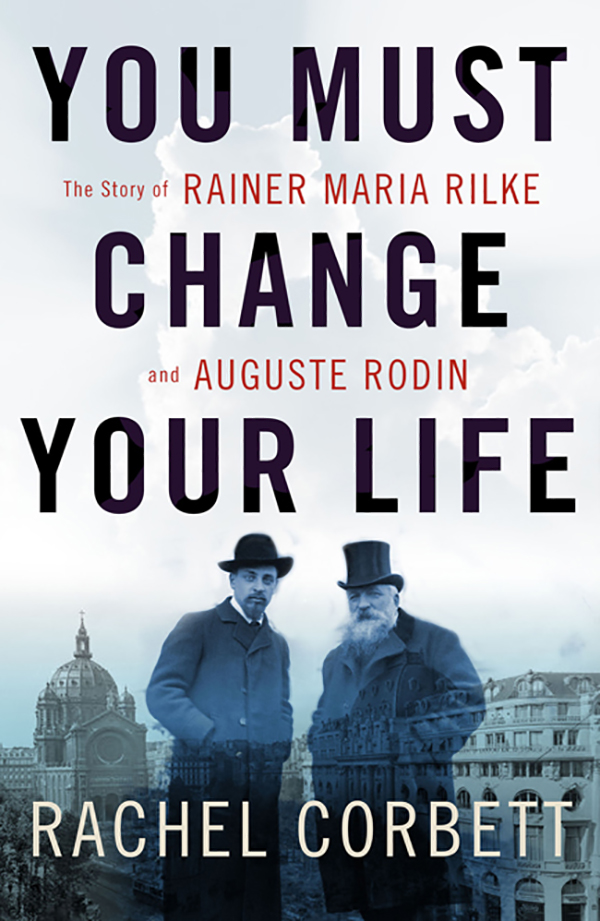 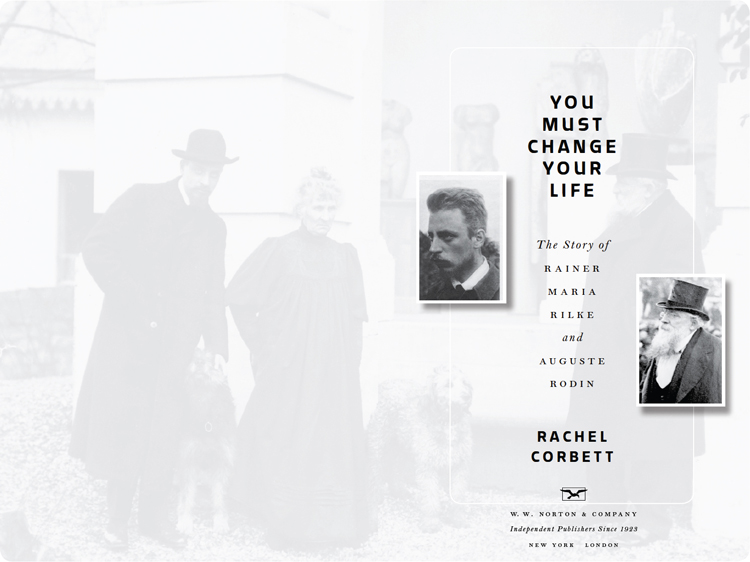 I
FIRST READ
LETTERS TO A YOUNG POET
WHEN I WAS TWENTY
years old. My mother gave me the square, slender book with the title words “
Young Poet
” splayed grandly across the cover in gold script. The author's name, Rainer Maria Rilke, was strange and beautiful.

At the time, I was living in a Midwestern college town a few miles from where I grew up, in a mono-colored landscape of bland struggles and unspecial children. Like everyone else I knew, I had no interest in becoming a writer. As graduation loomed, the only drive I felt unmistakably was the will to leave. But I had no money and no clear destination. My mother said she had taken some comfort in the book when she was a younger woman, and thought perhaps I would appreciate it, too.

Reading it that evening was like having someone whisper to me, in elongated Germanic sentences, all the youthful affirmations I had been yearning to hear.
Loneliness is just space expanding around you. Trust uncertainty. Sadness is life holding you in its hands and changing you. Make solitude your home
. I saw how each negative in my mind could be reversed; having no prospects also meant having no expectations; no money meant no responsibilities.

Looking back, I see how Rilke's advice could be taken rather recklessly. But one can hardly blame him for that. He was only twenty-seven
himself when he began writing this series of ten letters to an aspiring nineteen-year-old poet, Franz Xaver Kappus. He could not have fathomed then that they would be canonized as
Letters to a Young Poet
, one of the most frequently quoted texts at weddings, graduations and funerals alike, and what may today be considered the highest-brow self-help book of all time.

As the fledgling poet formed the words, the words formed him, allowing us to witness the making of an artist. What gives the book its enduring appeal is that it crystallizes the spirit of delirious transition in which it was written. You can pick it up during any of life's upheavals, flip it open to a random page, and find a consolation that feels both universal and breathed into your ear alone.

While the genesis of
Letters
is by now well known, fewer readers know that the insight Rilke transmitted to Kappus was not exclusively his own. The poet began sending the letters shortly after he moved to Paris in 1902 to write a book about his hero, the sculptor Auguste Rodin. To Rilke, the raw, rough-hewn emotion of Rodin's artâthe hungry lust of the
The Kiss
, the alienation of
The Thinker
, the tragic suffering of
The Burghers of Calais
âgave form to the souls of young artists everywhere.

Rodin was at the pinnacle of his powers when he granted the unknown writer entrÃ©e into his world, at first as his hovering disciple and then, after three years, his most trusted assistant. All the while, Rilke wrote down the master's every adage and bon mot and often paraphrased them for Kappus. In the end, Rodin's voice emanates loudly from behind the pages of the letters, his wisdom reverberating from Rilke to Kappus and to the millions of pleading young minds who've read
Letters
in the century since.

OVER THE YEARS
I had heard in passing that Rilke once worked for Rodin. The details rarely went beyond this snippet of trivia, but it always remained a curiosity in my mind. These two personas seemed so incongruous that I almost imagined them living in different centuries
or continents altogether. Rodin was a rational Gallic in his sixties, while Rilke was a German romantic in his twenties. Rodin was physical, sensual; Rilke metaphysical, spiritual. Rodin's work plunged into hell; Rilke's floated in the realm of angels. But I soon discovered how tightly their lives intertwined: how the artistic development of one mirrored the other and how their seemingly antithetical natures complemented each other; if Rodin was a mountain, Rilke was the mist encircling it.

As I struggled to grasp how these two figuresâone in old age, one as a young manâunderstood each other, my research brought me to empathy. What we understand today as the capacity to feel the emotions of others is a concept that originated in the philosophy of art, to explain why certain paintings or sculptures move people. Rilke studied the theory in college as the word was first being coined, and soon it appeared in seminal texts by Sigmund Freud, Wilhelm Worringer and other leading intellectuals of the time. The invention of empathy corresponds to many of the climactic shifts in the art, philosophy and psychology of
fin-de-siÃ¨cle
Europe, and it changed the way artists thought about their work and the way observers related to it for generations to come.

As the compatibilities between Rilke and Rodin came into focus, so did the point of divergence that eventually drove them apart. Their relationships with women, and what they believed about a woman's place in society, played a prominent role in the way they saw each other. Both men were attracted to ambitious, independent women, but ultimately married those who sacrificed their own aspirations to support their husbands. Rodin often warned Rilke against womankind's manipulative tendency to distract men from their work, and for a long time Rilke did not question his mentor's chauvinist views. But the death of Rilke's beloved friend, a painter whose genius was cut short by an ill-fated pregnancy, upended everything he thought he knew about what it means to suffer for one's art.

In the end, this book is a portrait of two artists fumbling through the desultory streets of Paris, finding their paths to mastery. But more than that, it is the story of how the will to create drives young artists
to overcome even the most heart-hollowing of childhoods and make their work at any cost. “You Must Change Your Life” was not just art's injunction to Rilke, but one which he commands to all the caged, frail, and hungry-eyed youth who hope to one day raise a timid hand in the air, grasp a tool and strike.

AFTER I READ
the last page of the copy of
Letters to a Young Poet
that my mother had given me, I held the cover closed in my hands for a few moments the way one does when they've finished a book they know they'll never fully get over. Then I flipped it back to the beginning and saw that the book had been previously inscribed to my mother. A friend had given it to her when she was around my age, struggling with transitions of her own. He had copied one of Rilke's most famous passages onto the inside cover: “Perhaps all the dragons in our lives are princesses who are only waiting to see us act, just once, with beauty and courage. Perhaps everything that frightens us is, in its deepest essence, something helpless that wants our love.”
Go
, it seemed say.
Fling yourself at the unknown. Go where you're uninvited, and keep going
.

A
LL ARTISTS MUST LEARN TO SEE, BUT THE IMPERATIVE
was literal for young Auguste Rodin. He squinted through five years of boarding school before realizing that the obscurities on the blackboard were the effects of nearsightedness. Instead of gazing blindly ahead, he often turned his attention out the window at a sight too commanding to overlook: the great CathÃ©dral Saint-Pierre in Beauvais, an ancient village in northern France.

To a child, it would have been a monster. Begun in 1225, the Gothic masterpiece was designed to be the tallest cathedral in Europe, with a pyramidal spire teetering five hundred feet into the sky. But after two collapses in three centuries, architects finally abandoned the job in 1573. What they left behind was a formidable sight: a house of cards in rock, glass and iron.

Many locals walked by without even noticing the cathedral, or perhaps only half-consciously registering the fact of its enormity. But for young Rodin it was an escape from the inscrutable lessons in front of him and into a vision of endless curiosity. Its religious function did not interest him; it was the stories written on its walls, the mysterious darkness contained within, the lines, arches, shadow and light, all as harmoniously balanced as the human body. It had a long spinal nave
caged in by a ribbed ceiling, flying buttresses flung out like wings or arms, with a heart-like chamber at the center. The way its stabilizing columns swayed in the gales off the English Channel reminded Rodin of the body's perpetual steadying of itself for equilibrium.

Dark Dream by Christine Feehan
Burning Your Boats: The Collected Short Stories by Angela Carter
Sepron the Sea Serpent by Adam Blade
It Had to Be Fate (An It Had to Be Novel Book 3) by Tamra Baumann
The Last Man Standing by Davide Longo
Christmas Moon by J.R. Rain
The Tanglewood Terror by Kurtis Scaletta
Passion After Dark by J.a Melville
Needed: Full-Time Father (Medical Romance) by Carol Marinelli
Petr's Mate by April Zyon