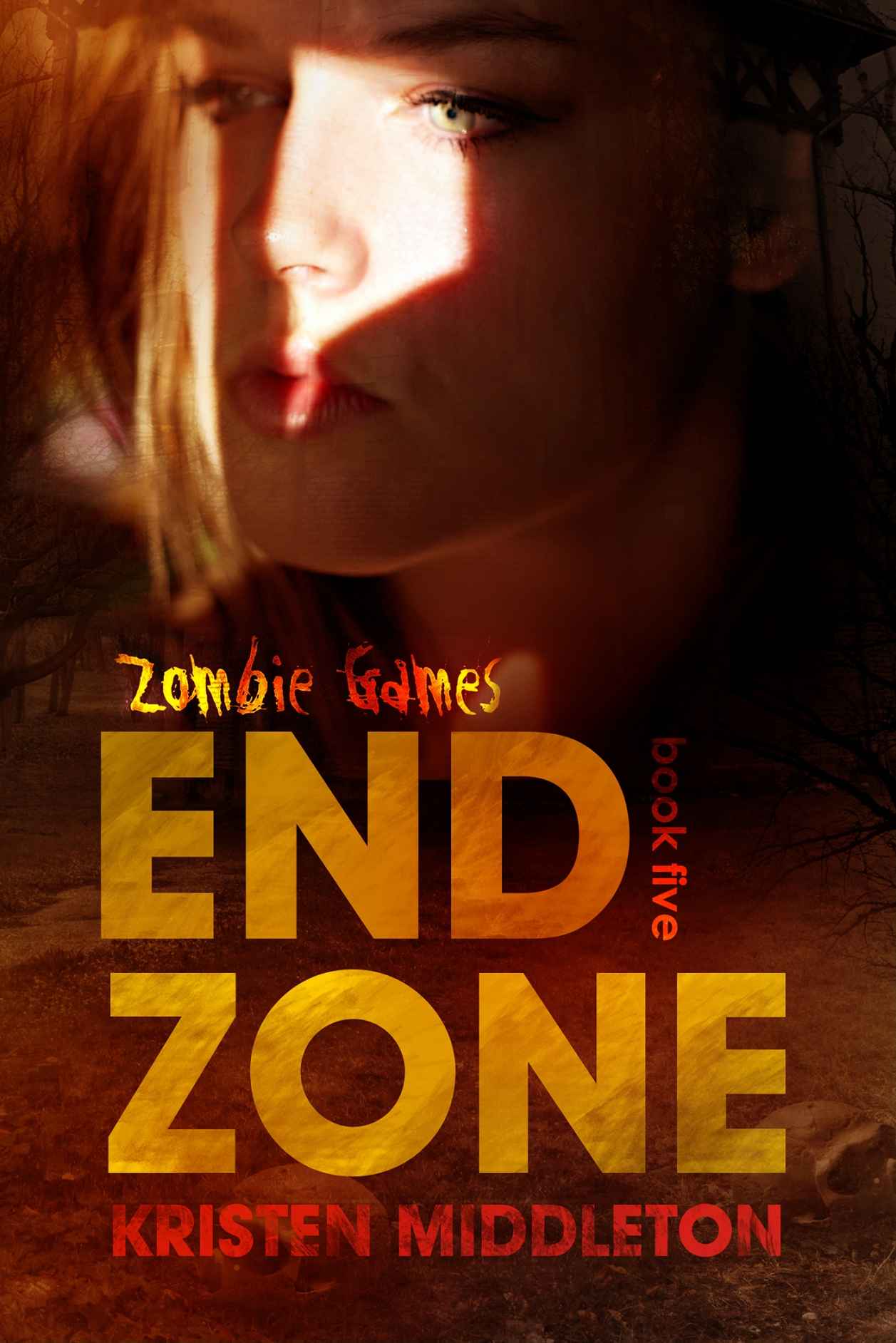 This book is fiction. Any resemblances of characters to actual people, living or dead, is coincidental. The author holds exclusive rights to this work. Unauthorized duplication is prohibited.
No part of this book may be reproduced, or stored in a retrieval system or transmitted in any form or by any means, electronic, mechanical, photocopying, recording, or otherwise without express written permission of the author.

This eBook is licensed for your enjoyment only. It may not be re-sold or given away to other people. If you would like to share this with others, please purchase additional copies for each individual. If you are reading this book and did not purchase it, or if it was not purchased for your use only, please return it and purchase your own copy. Thank you for respecting the hard work of this author.

A huge thank you to:

Those who’ve encouraged, inspired, and supported me on this journey.

And a special thanks to Carolyn, who must cringe every time I release a new story before she gets a chance to review it.

He inhaled deeply, enjoying the smell of rot and decay as the zombies stumbled around in the indoor amusement park below. To him, the scent of death meant victory was on the horizon and this brought him great pleasure.

Smiling
in approval, he reached for the cigar tucked behind his ear and bit off the end. Lighting it with his fingertip, he wondered how the ally from the east was fairing, not that it truly mattered. The human population had dwindled to such an insignificant number, that it wouldn’t take much to control the remaining survivors.

He looked up towards the glass ceiling of the mall. “And you thought that you could outwit
Lucifer
? Obviously, you underestimated
his
power.”

Lightning flashed across the sky, followed by a thunderous boom that made his teeth vibrate.

He sneered. “Really? That’s all you got?”

Jennifer, his newest follower
, cleared her throat. “Excuse me, sir?”

He turned
round to find the lovely and easily manipulative young woman standing next to a man dressed in black.

“Good evening,” said the stranger, his blue eyes twinkling.
He was in his sixties, with white hair and a kind face that hid the true nature of the soul lurking inside.

Travis
puffed his cigar and released a thick stream of smoke. “Well, look what the cat dragged in? I was just wondering if and when you’d show up.”

“It wasn’t an easy journey here, let me tell you.”

“If it were easy, then I’d be concerned.”

The priest hesitated. “You’re not exactly what I expected.”

“Sorry to disappoint. He made me leave my horns at home. True story.”

The priest’
s laughter turned into a rattling cough. “Sorry,” he said in a raspy voice as he pulled out a handkerchief from his trouser pocket. “Bronchitis.”

He
tapped his cigar, sending ashes to the ground and grunted. “I take it that a celebratory stogie is out of the question?”

“Probably not a good idea, sir.”
The priest wiped the spittle from his mouth and then shoved the handkerchief back into his pocket. “It’s an honor to finally meet you, face-to-face. I’ve waited so long… I-”

“
Save the handshake,” he interrupted as Father Brambati raised his hand and took a step towards him.

The priest froze. “Of course.”

Travis nodded towards Jennifer.  “Leave us.”

She
lowered her eyes and walked away while the priest turned and watched her hips move in a way that would shock his church congregation.

Travis
chuckled. “Ah… the sins of the flesh.”

The priest
licked his lips. “She’s a lovely young woman.”

“
Be honest, she’s not really your type, however, is she? A little too… womanly?”

“Hell, I’m not judging you.
” He smiled darkly. “We’ve always admired your insidious ways, Father. Anyway, all of that aside, I have some excellent news.”

The priest leaned forward
in expectation.

Father Brambati’s
bushy white eyebrows shot up. “Is that true? Are you certain?”

“
The signs that Lucifer mentioned pointed to the small group of survivors from this part of the world. When I finally located these people, she was among them.”

“Yes, the infant is a girl.
It just goes to show that the man above tried to pull one over on us but,” he smirked. “failed.”

Father Brambati frowned. “Well, I hope
that you’re right and this really is the one we’ve been searching for. It will certainly save us a lot of time.”

“We’ll know soon enough,” he replied
, his eyes turning the color of molten lava. “If that little shit really is the second coming.”

Belinda parked the car across the street from the C.D.C. and shut off the lights. She looked over at the sleeping boy next to her and hi
s furry companion, the young pup who never left Bobby’s side.

Closing her eyes, she sighed, yearning for a cigarette. It had been thirty-six hours since she’d smoked her last one and was now completely and totally out. It was making her edgy and more than a little frustrated. A zombie apocalypse was
never a good time to stop smoking. If anything, it was a reason to start.

Bobby’s eyelids fluttered open.
He sat up and looked around.

“The prince has risen,” she said, ruffling his dark brown hair.

“A
re we there, Linny?” he asked, stretching his short little arms.

She wrapped her own arm around the boy’s s
houlders and pulled him in closer. He smelled of baby shampoo and the cherry sucker she’d given him earlier. “Yes, honey.”

He hugged her
back and closed his eyes. “Good.”

For the past few days, he’d insisted that she drive him to this place, never letting up. Originally, she’d said ‘no’, shocked that he’d even been aware of the C.D.C. But he’d thrown a few fits, which
she wasn’t like him. In fact, Bobby was normally so mild mannered and sweet, that she hadn’t been prepared to deal with such tantrums. Grown men with tattoos and beer bellies- yes, but not a small boy with Down’s syndrome, one who’d wrapped her around his finger already. In the end, because he’d been so adamant and Belinda hated to see him so upset, she’d caved in.

“I love you, Linny,” he whispered.

A wave of emotions made her eyes burn. She blinked back tears, not wanting him to see them. “I love you too, Bobby.”

He smiled
up at her and her heart swelled.

“Oh Bobby,” she said, kissing the top of his head. “How did you get to be so damn
cute?”

She chuckled at his innocence, loving him even more for it. In just a short period, she’d grown so attached to Bobby, loving the child like he was her own. In fact, the truth was, although they were in the middle of a zombie apocalypse, she’d never felt more alive. Caring for him had opened up a part of her life that she hadn’t even realized she’d been missing.

Now, she wasn’t about to give it up for anything. As far as she was concerned, Bobby was now her resp
onsibility until Bryce returned.

She
touched the boy’s cool cheek. “Bobby, do you know why we’re here?”

He looked up at her, his large almond
-shaped blue eyes unusually serious. “Yes.”

“Well, would you mind sharing it with
Linny?”

Out of the corner of her eye she noticed three zombies stumbling
down the block, towards the Cadillac and grew tense. She quickly locked the doors and then grabbed her gun from the glove compartment. Although Atlanta was still riddled with zombies, she’d never get used to their constant presence.

“It’s okay,” said the boy, smiling up at her reassuringly. “They won’t hurt you.”

“Right,” she said, expecting the zombies to surround her car, drooling and moaning like they usually did. Instead, this time, the creatures ignored the car and walked aimlessly by as she held her breath. Belinda released a ragged breath and slid the gun under her seat.

Goldie, who’d been sleeping in the backs
eat, raised her head. She turned and growled towards the back window at the retreating forms.

“Yeah, you tell them,” said Belinda, reac
hing back to pet her fur.

“Tell them what?” asked Bobby.

Belinda grinned. “Nothing, honey. I’m just trying to be silly.”

“Well, not like us.” Belinda looked at her watch and frowned. It was almost six-thirty in the morning, and the sun had not yet even begun to rise. It was very odd. She turned to Bobby. “Wow, I can’t
believe
that I let you talk me into coming out here this early in the morning,” she said. “And without my morning coffee.”

“Why you o
ught to be,” she teased, tickling him.

Fortunat
ely, the generators were running in the hotel at a bare minimum, and she was able to still have her coffee in the morning. That, along with the other small luxuries she’d enjoyed at the hotel, like warm meals and hot baths were a privilege. She knew they weren’t going to last if things didn’t change soon. The government, whatever was left of it, hadn’t been able to contain the virus or the zombies as of yet, Professor Schultzenheimer wasn’t having any luck coming up with a cure for the and from what she understood, the generators ran on fuel and that
had
to be getting scarce. Luckily, the night before, some of the other survivors had been able to confiscate a fuel rig that had been abandoned just outside of town and bring it to the hotel. When that ran out, however, she wasn’t sure what would happen. She could only hope that Bryce, Henry, and the others returned soon.

Admittedly, she had a soft spot for that old fart as well. He was a little past his prime, but he certainly had charm. And his stories, she could sit and listen to him talk about his days in the rodeo for hours. She hoped he made it back in one piece as well. She’d grown very fond of him.