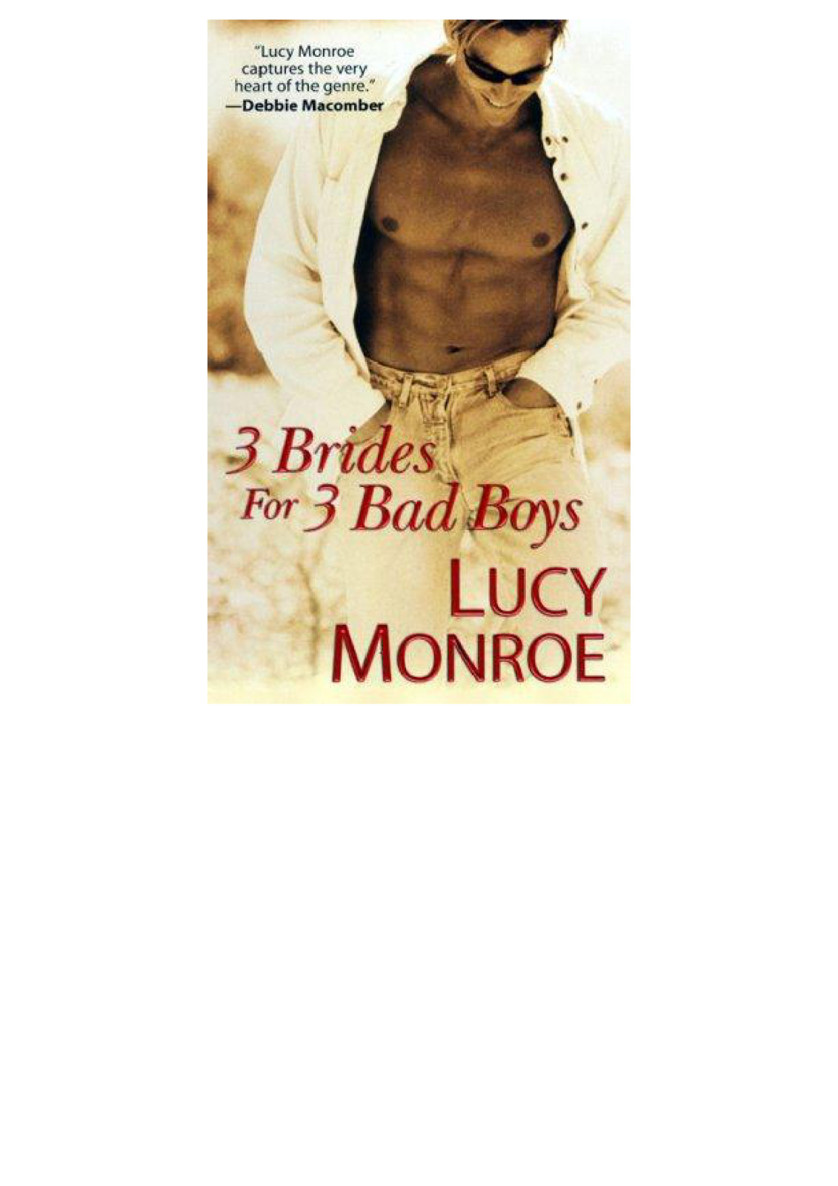 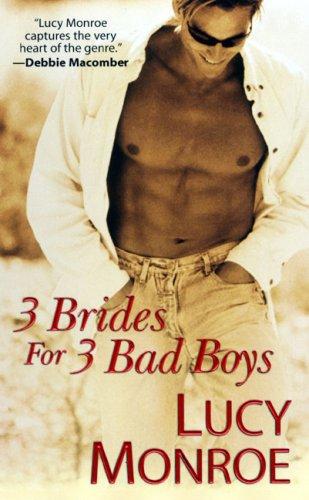 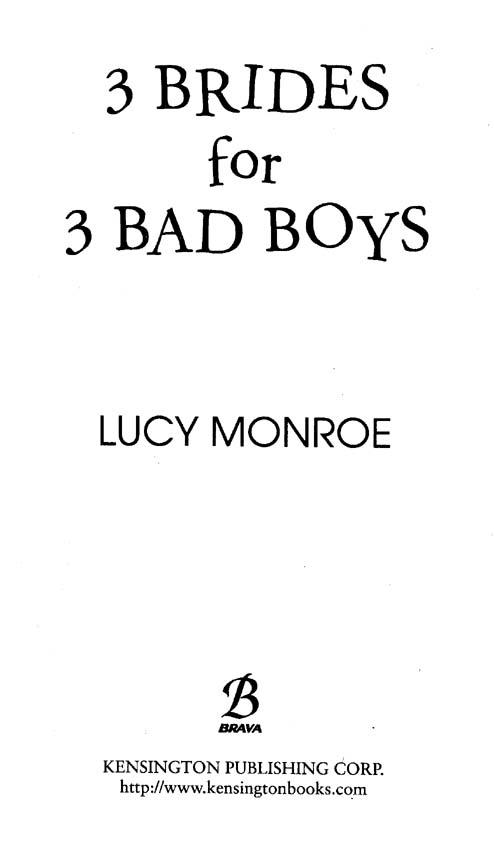 Because he impacted Phoebe's senses like a nuclear power plant going into meltdown.

She sucked in air, trying to regulate breathing that had gone haywire the moment his to-die-for body had filled the doorway of the swank hotel's reception room.

Heart racing, she fought the painful intensity of desires that would shock Rand silly.
Like she always did.
Every time the man walked into the room, she lost control of her body's reactions.

And he didn't even notice.

It wasn't that he ignored her. They were friends, after all, but if she danced naked on the hood of his car, he would politely ask her if she needed a hand down. All the while his real focus would be on something, or someone, else.

Like the blonde whose dress looked as if it was made of shimmering silver spangles glued to her body. The one that had just caught his arm and his attention.

"He looks wonderful, doesn't he, Phoebe dear? So mature now." Aunt Emmaline's voice buzzed at the edge of Phoebe's consciousness like a bee trying to alight.

"Fancy him coming back after all these years and still unattached."

Of course he was unattached. He had buried his heart with his wife and son six years ago.

"Oh, look, he and his mother are coming this way."

It was only as her aunt's last words registered that Phoebe realized the old woman was not discussing Rand, but rather his half brother, Carter Sloane. Her ex-fiancé.

While Rand turned aside to talk to the blonde, Carter was indeed headed their way. Walking beside his elegant mother, he looked more like a California golden boy than an East Coast executive.

"Carter, how well you look." Aunt Emmaline beamed at him.

"Thank you, and may I return the compliment?"

The old woman's paper-thin cheeks pinkened under the warmth of Carter's smile. It was the same smile that four years ago had made Phoebe's heart race, but it did not have the slightest impact now. Rand, on the other hand, only had to look at her and her brain stopped working.

The older women greeted each other.

"Phoebe, how are you?" Carter's attention was fixed wholly on her now, and she tried to return the favor.

Only Rand and the other woman were laughing together, and the sight of red fingernails against a white dinner jacket had Phoebe fighting green demons she hated almost as much as her status as a twenty-five-year-old virgin.

"I'm fine, Carter." She forced her eyes away from the couple on the other side of the room. "It's been a long time."

"How long will you be staying?"

He shrugged. "I may be back for good."

His mother looked unmoved by the prospect, but not so Aunt Emmaline. "How wonderful!" She smiled with a definite gleam in her eye. "You and Phoebe will have to catch up on old times."

A sinking feeling in the pit of her stomach told Phoebe she had to divert this conversational tangent but fast. "The past is over, and I'm sure Carter has no more interest in it than I do."

"I do." Phoebe smiled at Carter to show no offense was intended by her blunt declaration, but blunt was all that worked with her great-aunt.

"Standing on four-year-old pride makes for a lonely existence." The acerbity of her aunt's tone didn't bother Phoebe nearly as much as the implication she'd spent four years pining for a man who'd dumped her.

"I'm not being proud, just practical. It's only fair to tell you that if you're considering Carter as a candidate for great-nephew-in-law, then don't bother.

We've been there, done that, and it didn't work. Right, Carter?"

She turned to Carter and willed him to agree with her.

His expression was regretful, but he remained quiet, which did nothing to help the situation or settle her temper.

"I suppose you think Rand Alexander is a better prospect?" Aunt Emmaline demanded, warming to an old argument. She glared in disapproval toward the couple on the other side of the ballroom, now blatantly flirting.

"That could hardly be the case." Mrs. Sloane's well-bred sneer grated on Phoebe's nerves.

She had her reasons for resenting Rand, but Phoebe would not stand silently by while she and Aunt Emmaline criticized him.

"You're interested in my half brother?" The incredulity in Carter's voice was almost enough for her to answer in the affirmative, putting her feelings for Rand on public display.

Almost, but her pride was still stronger than her indignation, so she remained silent and let Carter draw his own conclusions.

"He's not really your type, Phoebe." Carter sounded as though he almost pitied her.

And that hurt because although he was dead wrong that his half brother wasn't
her
type, there was no denying she wasn't in a league to entice Rand, and that amounted to the same depressing thing.

Aunt Emmaline bristled as only very correct old ladies could do. "Of course he's not."

Phoebe turned on her aunt. "What's wrong with Rand?"

"That's ridiculous. He's an incredible man. His charitable contributions last year were twice that of any other businessman in New Hope. You know he is one of tonight's major supporters."

Aunt Emmaline went to speak, but Phoebe plowed on, her fury overcoming her good sense. "He's only thirty years old and the business he started without any help from his family
is already a Fortune 500 company. His father may have been an unfaithful rat, but Rand never even flirted with another woman during his marriage."

Her hand flew to her mouth. She hadn't meant to say that, and she belatedly looked at Carter and his mother to see how they'd taken her reference to Hoyt Sloane. Carter's expression looked carved from granite, and his mother was doing her best to pretend not to have heard. Filled with remorse, Phoebe opened her mouth to apologize.

"He may have been faithful during his marriage," Aunt Emmaline said, forestalling the apology and completely ignoring Phoebe's reference to Rand and Carter's father, "but he's certainly made up for it since his wife's death. The man's a womanizer, plain and simple."

"Rand is not a womanizer!" Phoebe slotted in.

"Sweetheart, you've got to admit that you're not up to Rand's speed." Carter's tone was conciliatory, but Phoebe didn't feel like being soothed.

"And why would she want to be?" Mrs. Sloane asked.

Regret for her hasty words dissolved, and Phoebe's slow burn rose to a boil.

"My niece can do much better," Aunt Emmaline added with a significant look at Carter.

"I'd give up my trust fund to have Rand Alexander notice I'm female." Ignoring the inner voice that warned her to stop while she was ahead, she added, "And I'd give everything I own for just one week in his bed."

Aunt Emmaline's lips moved, her mouth opening and closing, but no sound came out. Her eyes focused over Phoebe's shoulder, and she waved her hand in front of her face like a fan. Carter looked like he'd swallowed a fish whole. Mrs.

Sloane's lips pursed as if she'd just sucked on a lemon, but they remained closed.

Good. That had finally shut them up.

She heard the voice, and everything inside her rebelled at the knowledge of who it belonged to. But even if the sexy timbre wasn't undeniably familiar, she could not mistake the
feel
of Rand's presence.

It took all of her courage to turn around and face him. He was alone. Relief whooshed through her. It was bad enough that he had heard her, but to have the spangle-clad blonde privy to Phoebe's stupidity would have been the limit.

She went hot, then cold with embarrassment as she forced herself to meet his eyes. "Good evening, Rand."

He didn't so much as crack a social smile. "I don't need the inducement of your trust fund to recognize you are a woman." Another man would have pretended not to hear, but Rand lived by his own rules, and none of them included polite social lies.

"Of course not. I mean, it's obvious I'm not male." Then mentally considering her curves that could better be described as bumps, she amended, "Fairly obvious anyway."

He raised his brow, his gaze sweeping over her with tactile intensity. Things happened to her insides that had no business happening in the current situation.

He took her wrist in his hand. "Are you ready to go?"

The feel of his skin against hers had her staring at him stupidly. For all the time they'd spent together since Carter's desertion, he'd never touched her before.

"You said you'd give everything you own for a week in my bed. I'll settle for the deed to Luna Island."

"Are you coming?" Rand asked, his eyes cold, metallic silver.

But his thumb rubbed the inside of her wrist, and a totally inappropriate answer to his question came to mind. She wanted to come. Only not the kind of coming he was talking about and only with him.

Her silence didn't phase him, and he started tugging her toward the exit.

Her aunt made a squawking sound, and Carter said something to Rand that he ignored.

Suddenly, Carter's hand clamped down around her other wrist. His hold was not nearly as gentle as Rand's, and it pulled her to an abrupt halt. Rand stopped and turned. His eyes seared Carter, and she was really glad that look wasn't directed at her.

"No." Carter looked pretty intimidating himself. "You aren't going to take advantage of her feelings for you to get the island."

"Isn't that what you planned to do, or are you going to try to convince me you came back at this particular point in time to renew family ties?"

She didn't understand what Rand was talking about, but no one could miss the frozen scorn in his voice.

"My reasons for coming back aren't the issue here."