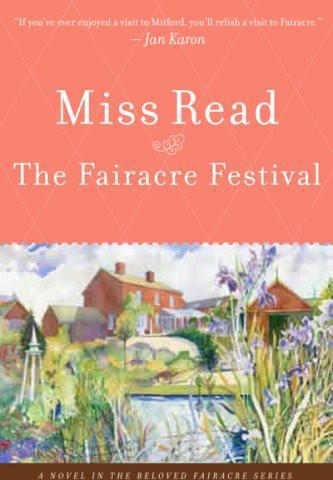 Tthe first day of October brings an unheralded and violent storm, which whips through Fairacre, blowing down trees and telephone poles -- and, worst of all, damaging the roof of St. Patrick’s Church. The inhabitants of tiny Fairacre can’t imagine how they will be able to afford the repairs, until Mr. Willett suggests a fundraising festival. Preparations for a food sale, a concert, a school play, and a gigantic Christmas bazaar are soon made -- but will they be enough? With her customary humor and grace, Miss Read recounts a story of catastrophe and courage. 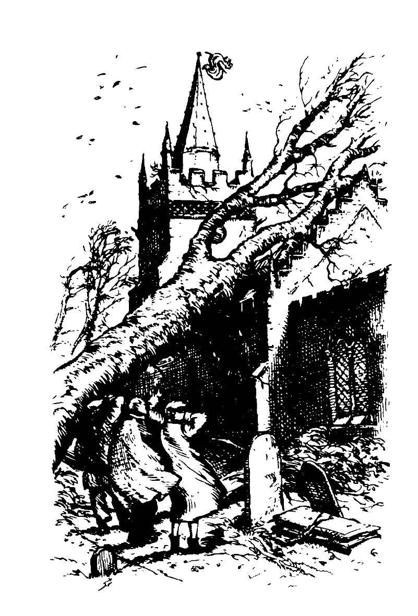 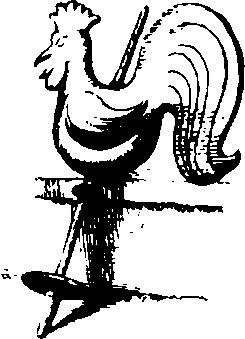 FOR ANNE
with love from her godmother

O
N
the first night of October a mighty wind arose and smote the countryside around Fairacre. The violence of that wild night took almost all by surprise. Only the exceptionally weather-wise, such as Mr Willet, had any inkling of the devastation which lay in store, and even they admitted, as they surveyed the wreckage the next morning, that it was 'a durn sight worse'n they'd thought it would be'.

We had enjoyed a week of mellow sunshine at the end of September. Butterflies clung decoratively to the Michaelmas daisies, wasps lurched drunkenly from ripe pears to ripe plums, and the schoolchildren at Fairacre School were more comfortable in their cotton frocks and thin shirts than they had been on many other occasions during a changeable summer.

Harvest Festival was celebrated on the last day of September and, as usual, we helped to deck the ancient church of St Patrick's with "all things bright and beautiful". Coral-berried bryony from the school hedge wreathed the font. At the foot lay mounds of apples, pears and marrows. Carrots, parsnips and onions lined the ledges, and two fine sheaves of corn gleamed and rustled in their time-honoured place, one on each side of the chancel steps. The ladies of the parish had put their natural talents, and the expertise learnt at the local floral society, into the handsome flower arrangements, and it was generally maintained by the congregation that the church had never looked so magnificent.

Monday morning dawned as benignly as ever. I watched the children, summer-clad and relaxed, as they drank their morning milk, and congratulated myself on postponing the lighting of the two tortoise stoves. Far too often, in the autumn term, I have asked my curmudgeonly school cleaner, Mrs Pringle, to light these monsters, only to experience a spell of humid weather in which we have all sweltered in the classrooms. Mrs Pringle never lets me forget these unfortunate errors.

'Remember last year?' she demands belligerently, massive jaw out-thrust. 'You would have it. Said the children was cold, and up I come with paper, with sticks, with matches, although my leg was not what it should be—.'

'But it
was
cold,' I begin, but am swept aside.

'I fetches the coal, fetches the coke, goes down on me hands and knees for a full quarter of an hour to get the stoves to draw—and what happens?'

I don't bother to answer. This, I know from experience, is a rhetorical question. Sometimes I think what a wonderful actress the stage has lost in Mrs Pringle. Her looks are definitely a drawback, but she has a fine sense of drama and puts plenty of punch into her lines. 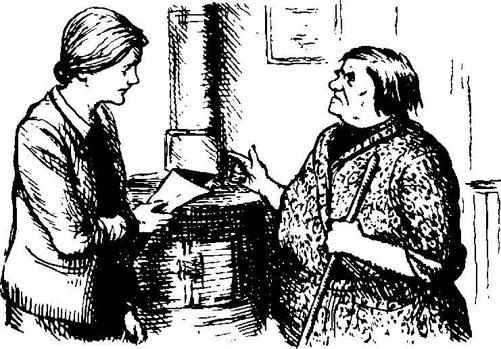 'We gets a hot spell. All my work's for nothing, and the coke's got to come out of us ratepayers' pockets. What's more, the children's pores are left hanging open for all the germs to get in as soon as they goes out into the cold playground!'

This year, I told myself, on that fair Monday morning, I had behaved in an exemplary manner. Tomorrow would be October the second, and after that the lighting of the stoves must surely be considered acceptable by my task mistress.

But, by midday, I was beginning to have doubts. The sun went in, the temperature dropped sharply, and the children began to rub their goose-pimpled arms. By the time they ran home in the afternoon, a cold wind had sprung up, snatching the yellow leaves from the plum tree in my garden and sending me scuttling to light my sitting-room fire.

As darkness fell, the force of the wind increased. It roared in the elm trees towering above the school. It screamed round the school house, spattering leaves against the window and sending the dustbin lid clanging across the garden. The little house shuddered at its onslaught. Safe by the leaping fire, with a pile of exercise books to mark and the cat asleep by my feet, I gave the elements scant attention.

But later, in bed, I became anxious. Never before had I heard the wind quite so violent in Fairacre. I remembered the doleful tales about elm trees which Mr Willet never tired of telling me. If one of those hefty branches fell across my roof it could be pretty damaging. And what about the roof tiles? It seemed incredible that anything could withstand the fury of the wind tonight. Strange creaks and groans seemed to come from the loft above me and an ill-fitting window let in a piercing draught accompanied by an ear-splitting whistling.

I pulled the bed clothes up round my ears, thanked heaven that I was a schoolteacher and not a sailor, and slept amidst the uproar.

Throughout the night the wind wreaked destruction. In the streets of Caxley it wrenched slates from roofs and toppled a dozen chimney-pots into the gutters. A flying tile broke the plate-glass window of Howard's restaurant in the market square, and a poor unfortunate man, cycling head down against the onslaught on his way to night shift, was blown from the towpath into the cold waters of the Cax, and there drowned.

Just outside Caxley station a telegraph pole fell across the line throwing all into confusion, and on the road to Beech Green a tree had crashed, tearing down the telephone wires in its fall. But Caxley, tucked in its hollow, came off comparatively lightly. It was the windswept villages on the downs which bore the full brunt of the wind's savagery and it was Fairacre which suffered the most shattering blow.

On a little knoll of high ground between the vicarage and St Patrick's a cluster of ancient elms stands, cradling a rookery in the topmost boughs. We, in Fairacre, admire the way that these lovely old trees form a background to the church. Rosy-purple in spring as the buds swell, providing dense shade in full summer, turning to clear gold in the autumn and spreading a black lacy tracery against the winter skies, they are a constant pleasure to the eye.

But Mr Willet has never been one of their admirers.

'One of these days,' he has said, on many occasions, 'them dratted elms is going to cause trouble. Got no proper root growth has elms. All spread out too near the surface for my liking. A good wind up top and over they goes.' And he was to be proved right.

About two o'clock the fury of the wind was at its height. Its screaming woke me. The loose window shuddered and thudded, and the roaring outside was terrifying. It must have been this particular gust which caught the tallest of the elms nearest the church and sent it toppling. The topmost branches swept St Patrick's stubby spire, and bent the proud weathercock until it drooped head-down from its twisted stay. The heavy branches came to rest across the nave, scattering tiles and damaging the roof for which the church is famed. The massive trunk lay athwart the graveyard and the old roots, torn from the turf, writhed above a huge gaping hole.

I did not hear the crash; nor do I think anyone else did. The noise was so continuous that it was impossible to pick out any particular incident. But the vicar said later that he awoke at that time and was conscious of some extraordinary commotion at the heart of the storm, and confessed frankly that he had felt very frightened.

When light returned, the damage was discovered, and in no time at all a bevy of villagers came to survey the wreckage. Mr Willet was first on the scene, and with commendable magnanimity forbore to say: 'I told you so!' It was he who broke the news to Mr Partridge, the vicar, who was shaving when the bell of the back door rang.

Lori Benton by Burning Sky
Son of the Hero by Rick Shelley
Off to Be the Wizard by Scott Meyer
Folly Cove by Holly Robinson
Victoria Confesses (9781442422469) by Meyer, Carolyn
The Blue Hour by Donahue, Beatrice
Mothers & Daughters by Kate Long
The Vanishing Sculptor by Donita K. Paul
Milkrun by Sarah Mlynowski
An Escape to Love by Martel, Tali