Read A Boy and His Dragon Online 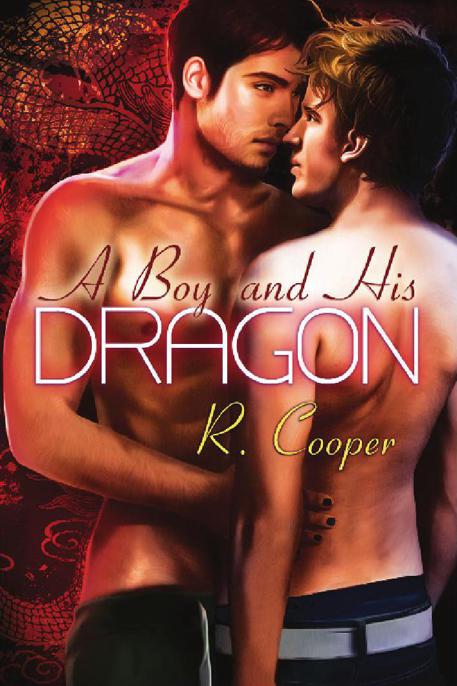 Let There Be Light

Some Kind of Magic

Winner Takes It All

A Wealth of Unsaid Words 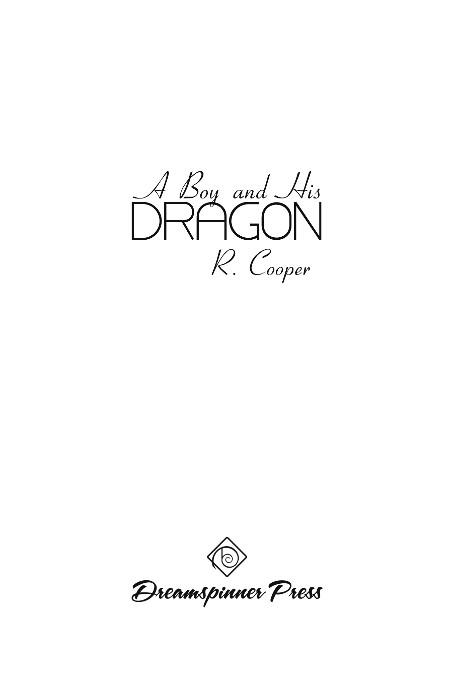 Printed in the United States of America First Edition

This would not have been possible without help from the ladies of Ladywood, the discussion group/book club/bowling team that never bowls. But it would never have existed at all if not for those who came before.

To the original Bertie, and his Godric.

1. They have existed since before the first written human records in almost every human culture.

2. They “came out” around the turn of the last century when the other magical Beings started to emerge from hiding both during and after the First World War, though many did not come into public view until the mass exodus of Beings from the countries torn by war and strife during the Second World War. This includes Russia, China, Northern Africa, the islands of the Pacific, and most of Europe.

3. Like fairies, they are said to possess powerful magic.

THE dragon was staring at him.

His legs wouldn’t carry him. He was certain that if he even tried to back up, head out the door, run toward his bike, he’d collapse to the floor and then… and then he wasn’t sure what would happen, but it probably wouldn’t be good. Best-case scenario, he wouldn’t get the job, and he
needed
this job; worst case, the dragon might eat him.

None of that mattered because Arthur got one look at that dragon’s size, at his strong jaw and his white, wicked teeth and knew that the dragon could swallow him whole if it wanted to.

If
he
wanted to, Arthur corrected himself, only a little hysterically. The dragon was a he, was a
Jones
of all things, and no one with the last name Jones should be threatening. When Arthur left Professor Gibson’s office with the contact information, he had even thought it was funny that the dragon in need of an assistant was a Dr. Jones. Dr. Jones was even a historian—maybe not an archeologist, but close enough. Arthur actually had a tiny feeling of hope, as he prepared for this interview, that this job might not be too terrible, that he’d get it even without the best qualifications, that maybe it would give him a chance to get ahead of everything for once, give him room to breathe.

He swallowed air then choked and wondered if his face was now red. It was embarrassing, but it could have been the heat in here A Boy and His Dragon

and that was what he would say if asked. He was so hot. The fall air outside had left him chilled even after pedaling halfway across town, but the startling heat inside the house was starting to make him feel dizzy.

If he fainted, either from fear or from the heat, it wasn’t going to get him the job. He needed this job, he reminded himself. He made himself think of the phone calls, the letters, and his sister counting on him. He looked back at the creature studying him from the upstairs landing.

The creature, the dragon, stared back for another moment, and then opened its mouth so a long forked tongue could loll out. Arthur quickly looked elsewhere, anywhere but at that open mouth and those teeth. They made him think of saber-toothed tigers or daggers carved of ivory.

The banister was of dark wood, with sloping balusters that unfortunately did not block his view of the dragon lying—

standing—on four legs as it peered at him. It seemed frozen, as if Arthur had startled it, which made no sense because Arthur would swear that he’d heard a rough voice bark “Come in” when he knocked on the front door.

Not that he knew if the dragon could talk like that, and not that he was quite ready to look at its mouth again. He focused on the claws instead: sharp, sharp, black-tinted talons, five on each hand, or paw. Seeing five claws depicted in dragon art was important to many dragon societies—he remembered that from the reading he managed to get in on the subject before today’s interview, the reading he had done late at night while jotting down a quick list of irrefutable facts about dragons. Arthur knew it was nerdy, but he’d always liked lists and facts, and he’d enjoyed doing the research for today so he wouldn’t make a fool of himself. Clearly, he’d been unsuccessful.

He inhaled a deep, heady breath of warm air and heard the sound of the dragon doing the same. Arthur tried to think about his list of facts again.

The number of claws a dragon had in any depiction of him was a sign of nobility: the more claws, the higher the rank. Or it had R. Cooper

supposedly been, back before dragons walked as freely among humans as they did since the other Beings came out of hiding.

Arthur remembered that fact and focused on it. Facts were steady, even if they could change. It was why he liked learning and why he picked a major that left him surrounded by books. Facts were calming.

He lifted his head to look at the dragon again. The dragon’s body was a little bigger than a large man’s, with the tail making it even longer. There were wings at its back—small, leathery wings like those of a European dragon that couldn’t fly—but unlike a European dragon, this dragon had a mane, ebony black and somehow lighter than air as it shifted in an imperceptible breeze.

The mane looked soft, like the tiny beard under the dragon’s chin.

That beard was something usually only found in Asian varieties of dragon, Arthur remembered distractedly. This dragon was built more like an Asian dragon too. No towering height as it stood on its hind legs, no fat belly, no plates down its back like the old pictures of what dinosaurs looked like; it was sleeker, exactly like a big lizard, with the famed gleaming, shining scales down its back that rippled like water when it moved.

Legend held that dragons had eighty-one scales on their back, and each one held more magic than most humans could ever hope to touch. The legends also said dragons liked to feast on those who would attempt to take one but would give them freely to those they deemed worthy.

He tried to push away the thought of stolen scales and the exorbitant prices people paid for black-market dragon parts. He imagined this dragon in pieces for sale and felt ill. Money wasn’t something that should matter that much, but he knew it was and always would be to some people, to desperate people.

He thought of his sister again, and the messages on his phone.

Then he frowned and looked right at the dragon, since it was still looking right at him.

The dragon—Dr. Jones, Arthur forcefully reminded himself; this was
Dr. Jones
—pulled its tongue back into its mouth and flared A Boy and His Dragon

Maybe it was those eyes. He couldn’t look away from them once he met them. They were almost all pupil. Big black spaces that shone and had impossible layers. Like agate, like molten gold or lava rock, they gleamed as blackly as the silvery onyx of those scales, with only a thin circle of pale brown to show the dragon’s eye color. The dragon had long eyelashes, flirtatiously long, Arthur decided, and then he felt the heat in the house all over again with a sudden awareness of his body, of how he was standing.

He moved. He didn’t think he was imagining the glittering of those dilated pupils; he just didn’t know if it meant he was supposed to be lunch.

They said dragons no longer ate people, but Arthur’s gut knew that was only
mostly
the truth. The fluttering in his stomach said the truth was that dragons didn’t eat people anymore unless the dragon was provoked or someone tried to steal its treasure, and—as many states operated under the Castle Doctrine, which said a man’s home was his castle and he had the right to defend his property—such behavior would be totally acceptable in most courts of law.

The problem was the matter of how much the dragons might enjoy it. All of mankind’s uneasy relationship with magical Beings could be summed up in dragons: worshipped and feared across the globe since the dawn of time.

Arthur’s legs were still weak, which made him think about falling to his knees. This in turn reminded him of the last few lines of one of the articles on dragons he’d glanced through, where the author wondered if dragons had truly been praised for their wisdom and benevolence, or merely to appease their terrifying hunger.

Hunger.
Arthur was hot, dizzy, and breathing too fast. This dragon wanted to consume him whole, he was suddenly certain of it.

His chest tightened, his heart thundering even as his mouth went dry, and he reached out, vaguely recalling childhood stories about knights battling dragons; wishing for any kind of defense. A shield maybe, since he wouldn’t use a sword.

The moment he moved, the dragon’s mouth fell open wider in what Arthur could only describe as a grin, and then those long eyelashes swept down over one eye in a definite wink.

“My apologies,” the dragon rumbled slowly as a hint of smoke scent carried down to Arthur, who was gaping. “But I thought it best that any applicants confront the beast, as it were, head on.” Maybe it was the quiet British accent or the soft apology or maybe just that bold wink, but Arthur put his hand down and cleared his throat so he at least wouldn’t seem as stupid as he probably looked a second ago.

“Dr. Jones?” He let out a long breath and watched the dragon angle his head at him for another moment in a move not unlike a cat—perhaps a Cheshire cat with that grin—before Dr. Jones moved back in a sinuous motion. Only when he turned did Arthur register the statue on a table behind him on the landing. It was a stone gargoyle. It had to be there as a joke.