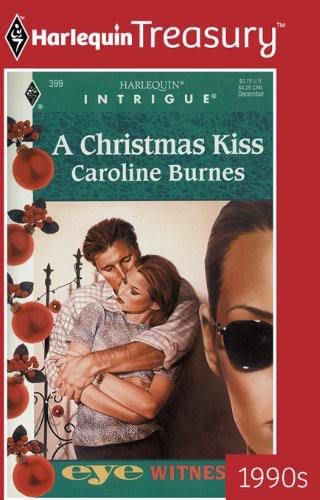 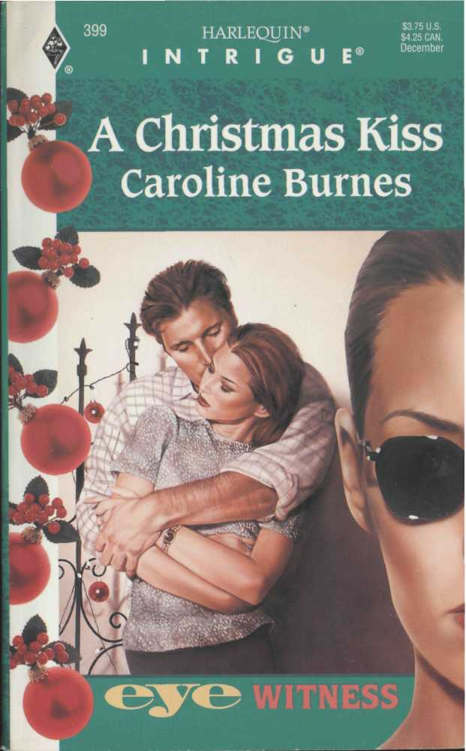 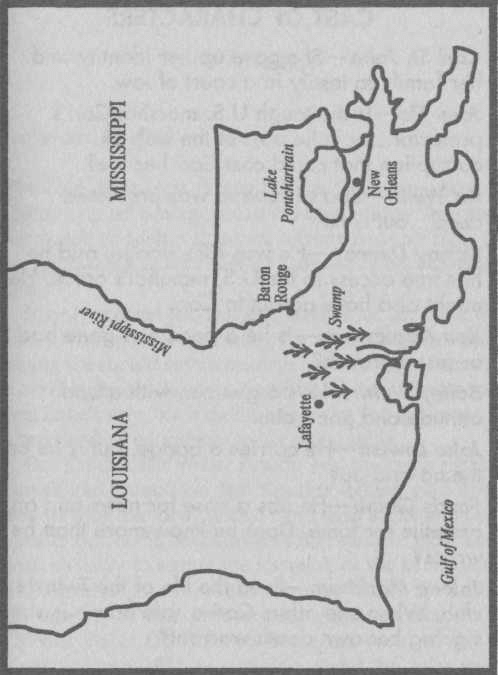 Cori St. John
—She gave up her identify and her family to testify in a court of law.

Joey Tio
—Is the tough U.S. marshal Cori's protector...or is he part of the web of corruption that could cost Cori her life?

Kit Wells
—Cori's husband was presumed dead...but is he?

Ken
Applewhite
—Is he a good cop gone bad or just a grouch?

Bailey Smith
—He's a gunman with a bad attitude and good aim.

Jake Lewish
—He carries a badge, but is he on the up-and-up?

Farris Quinn
—He has a nose for news and an appetite for fame. Does he know more than he writes?

Jolene Markham
—lived the life of the Twinkle club. When she offers Cori a safe haven is she signing her own death warrant?

She checked her watch and felt a flutter of anxiety emanate right from her heart. Kit was late. And he had assured her he was never late.

Brently crossed her feet and thought of her older sister, Lane, who was always teasing her about her tiny ankles--saying she should have a message taped to one of them, like a carrier pigeon. It was a backhanded compliment, which was Lane's way, but it didn't help a shy young woman with a zero level of confidence in her social skills.

But Kit did. Kit Wells. Brently said the name silently to herself and pressed her feet together tighter, glad that she was wearing her new, festive Christmas socks and the red sweater that made her mahogany hair sparkle. How had she been so lucky to attract the attention of the handsome police detective? Even as she checked her watch, she smiled at the memory of their first meeting. She had called the New Orleans Police Department, better known to all city residents as the NOPD, to complain about the noise and the "bad element" from the bar next to her studio. The lowlife who ran the club was out in the street threatening to pistolwhip one of his dancers. She had finally had enough and insisted that a unit be sent, stating she would press charges.

Kit had come to take her complaint, a professional worn-out with the endless bickering of the mishmash of tenants in the crowded French Quarter of New Orleans. Watching from her studio window, she had seen him drive up to answer her call. He had parked halfway in the street, as if he were in a movie, with the blue light in his windshield flashing away. No siren, though. Just the light. Getting out of the car, he had been big and smooth, and he had walked up to the bar owner and pushed him back from the girl. A gesture that spoke of his power and his contempt for men who made their living off women.

Kit had all the makings of the man of her dreams.

As she relived their first meeting, she sipped the wine she'd ordered and checked the big front door of the restaurant-bar, hoping for a glimpse of a sandy head and strong shoulders. Augustine's wasn't big, and it was always packed. It virtually reeked of the history of the city, which claimed kinship to French, Spanish and Indian heritage.

"Are you ready to order, ma'am?" the waitress asked for the third time.

Brently looked into the face of a pretty woman with jeans and a sweater just a little too tight and an attitude a little too tough. "I'm, uh, waiting... I haven't made up my mind." She'd feel like a fool if she said she was waiting for someone and Kit didn't show. After all, she didn't know him
that
well, and he was working today. What if he'd been called out on a homicide or some other crime spree? Would he at least telephone the restaurant and let her know? Perhaps he'd left a message at her studio. She thought about going over to the pay phone and calling her answering machine.

"How about another glass of water?" the waitress asked sarcastically.

Brently heard the irritation in the woman's voice and knew that she'd occupied the table too long without ordering food. She'd occupied space where a tipping customer might have sat.

"I'll have another wine." Brently glanced at her watch. It was twenty after twelve.

A blast of air much colder than the normal December temperature drew her attention to the door, and a tall, broad-shouldered man with his face red from the sting of the wind stepped inside. In five long strides he was at her table. Ignoring the waitress, he bent to kiss Brently's cheek. "Sorry, we had a body down in the river, and I had to wait for the pathologists."

"It's okay." Brently felt positively light-headed with relief. He'd come. Until then, she hadn't acknowledged how much this lunch meant to her.

Kit took a chair opposite her and signaled the waitress for an iced tea. "I'm on duty," he said. "Not like you artistic types. I hear you paint better when you're relaxed."

"I may paint better, but I'm not so sure I can hang pictures straight, and that's what I have to do this afternoon. Remember?" She tried to sound casual. "We're having the opening for Selma Gray's show tomorrow night. Our big Christmas gala."

"The artist from Alabama?" Kit nodded. "This is the event I have to wear a monkey suit to." He grinned to take the sting out of his words.

"That's the one." Brently beamed. He was coming.

"Wouldn't miss it for the world." He motioned the waitress back to take their orders. "Although, I don't have a clue what those modern painters are doing with their splotches of color here and there all over the canvas."

Brently laughed out loud. "Selma is a primitive. Bright colors, simple figures. Her paintings tell a story. You'll love her work, and her, too."

"If you say so." He pointed to the menu. "Want to split
a muffaleta?"

"Wonderful." The big sandwich with salami, Greek olives and bread fresh from the stone ovens was more than enough for two hungry people.

As another blast of cold wind swooped over the stone floor, Brently and Kit looked up at the man who swept in with the chill and the faint tinkle of Christmas bells from one of the street vendors outside.

Brently studied the handsome man who stood in the doorway, his overcoat impeccably tailored, his eyes hooded. The sun-streaked hair was honey-brown, but there was a faint hint of darker stubble on his lean jaw. The trademark cleft in his chin was a dead giveaway. "That's him. I heard he was going to run for the senate seat that Crosby is vacating." It was a rumor ripe in the French Quarter—and probably all over the state. The DeCarlo family was big, powerful and, some said, hardly ever on the right side of the law.

"Why shouldn't he join the rest of the crooks in Washington? He'll fit right in." Kit shrugged his shoulders. "It's all I can do to keep up with city politics. I hope DeCarlo runs and wins. It'll be one less crime boss for me to worry about."

Brently shifted her wine so the waitress could put down her plate. When she looked up again, Ben DeCarlo was still standing in the doorway. His gaze was fixed at the back of the room.

"Listen, before I pick up this sandwich, I want to wash my hands." Kit stood. "Police work isn't the cleanest business in the world." He was gone just as the waitress brought catsup and mustard and whirled around to another table.

Reaching for the pepper, Brently caught sight of Ben DeCarlo moving through the restaurant.

Something about his stride made her pause in mid-reach. He passed her table and kept going, his gaze never shifting. The dark brown overcoat flapped at the back of his calves, just a shade lighter than the expensive Italian shoes he wore. He didn't stop until he reached a table in the back.

"Ben?" An older gentleman at the table started to stand. "Come and have lunch with us, son."

"Sit and eat with us___" the woman said, her word trailing off as she motioned to a chair beside her.

Brently had a clear view of the table. She watched as DeCarlo reached into his coat. The gun he withdrew was dark, deadly-looking.

"I won't run for senate. I'm sick of you interfering in my life. You may run this town, but you don't run me!"

The two shots that rang out seemed to freeze everyone. Brently felt the pepper shaker slip from her fingers but she was unable to move her arm. She watched in horror as blood blossomed on the chest of the man as he fell back in his chair. The woman, who was still sitting at the table, slumped to the side, blood gushing from her throat.

Ben DeCarlo turned directly to face Brently. His handsome face was twisted into a mask of rage and hatred. The gun was still in his hand, and he aimed it straight at her for a split second. Then he turned and began to run.

The Cafe du Monde was bustling with activity as the woman now known as Cori St. John took a seat toward the rear of the open restaurant. Grateful for the warmth, she wrapped her hands around her cup of steaming cafe au lait and smiled at the young Vietnamese waiter who served her and quickly withdrew. He had no time to waste. The wrought-iron tables of the caf6 were filled with Christmas tourists, all eager for the delicious mixture of steamed milk, sugar and the rich coffee famous in New Orleans. The cafe also boasted the best sugar-coated doughnuts, called
beignets,
served piping hot and messy. After a burst of warmth and sweetness, the eager shoppers would be ready to continue their holiday shopping sprees. There were only ten shopping days left until Christmas.

Instead of looking around at the splendor of Christmas that bedecked every shop along the two-mile strip of the Riverwalk shopping zone, Cori stared into her coffee as if she could read the grounds like some of the old voodoo women she'd once known. But she didn't have to read coffee grounds to see her future. The surface of her coffee was as smooth and blank as her life. How could you have a future when you had no past?

A lone trumpet player strolled up to the side of the cafe. A grizzled African-American, he looked homeless and hopeless. When he lifted the horn to his lips, a rocking, jazzy version of "I'll be Home for Christmas" had the breakfasters clapping their hands and tossing money into the open trumpet case.

Cori glanced away. Once she had loved New Orleans. She had loved every smell, every sound, the way the rain fell and glistened in slick pastels on the cobblestone streets. The city had been uniquely alive

And Christmas. It had been
her
holiday. Her favorite time of year. The one time when she had believed that every wish could possibly come true.

Especially the wish of love.

She felt her throat begin to close, and she swallowed the hot coffee to block the emotion. She shouldn't have come back here. In doing so, she had violated the terms of her contract with the federal government. Her handler in the witness protection program would be the first to say, given the pending retrial of Ben DeCarlo, that she had foolishly endangered her life. The efficient Joey Tio, from the U.S.