The immediate response from a different voice was, "Two one, do you have visual contact with the F-18 off to your right?"

"He is at my two o'clock for one mile and about a thousand feet higher."

"That's Adder Three.  He's on this freq. Coordinate a join up and assist.  What state?"

"Still four thousand pounds," Jose replied.  Controllers were trained that when pilots try to help other pilots the last thing they think about is their own fuel.  The controllers turn into nags always reminding you of how much or little fuel you have, but losing your own jet because you ran out of fuel happens too often to pilots trying to help someone else.

"Rae," Jose said over the intercom.  "You take over communications.  I'm going to fly the airplane."   Another dictum over emergency situations is that, if possible, the pilot in command should aviate while anyone else available can communicate.  Too often pilots have tried to communicate and screwed up the aviate.

"Rae darlin!  How nice of you to call!"  It was clearly Jack's voice.  "Would you scoot over to my right side and tell me what you see?  I've got her straight and stable right now anyway."  As they got closer, Jose and Rae could see the kangaroo in a circle roundel of the Royal Australian Air Force on the fuselage. 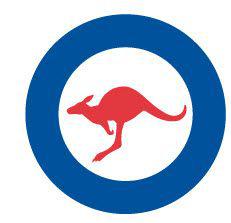 Jose had already climbed above the damaged jet's altitude and now he drifted to the right side.  A he dropped level he winced.  On the radio, Rae said, "Jack, you probably had a compressor blade fly off.  You have a big hole in the right side fuselage; most of your right side tail is gone.  I'd say you have no elevator on the right side. "

Jose trimmed the attitude of the F-5 and it moved forward slightly.  "Adder three, there are also holes in your right wing," Rae added.  "How's the fuel?"

"She's on fumes" was the reply.

"Come right to one nine zero for a straight in to the Nellis runway."  Rae had punched in the Direct command on her GPS and on the display she had a line from the nose of the F-5 to the centerline of runway at Nellis.  "Range Control, we need a straight in."

"Sneaky two one, we will coordinate that," the controller replied over the radio.  "Be advised that auxiliary field six is on your nose for seven miles.  Runway one eight there is six thousand feet by fifty feet wide. No crash rescue. Runway only."

"I don't want to punch out," was Jack's tense reply.  "We need to find out what blew up.  I can control it if the left engine keeps running. Fuel totalizer shows zip."

"I think you should go for the auxiliary field right on your nose.  You need to slow it down right now and get into an approach configuration."

Before she finished speaking, the landing gear on the Australian fighter came down.  "Gear down and locked." Jack reported.

At the same instant, Jose had cut the power to the F-5 and raised the nose.  Then, after he slowed to the speed of the F/A-18, he smoothly pushed down the nose and lowered his own gear.  "I have the field in sight." he said to Rae over the Intercom.  Rae pulled herself up to see low out the front of the airplane.

"Jack, you want to follow us to the field?"

"Lead the way." was the terse reply.

Jose put on a tiny amount of power and pulled ahead of the A/F-18.  "What's your stall speed, Jack?"  Rae asked.

"Who knows with all this stuff gone? I'd like a hundred and eighty knots and nose down to keep it together."   Jack wanted to keep the airplane fast because he didn't know when it would stall and just stop flying.

Jose was torn between raising the gear of the F-5 because of the excessive speed or leaving it down in case they inadvertently touched the runway.  He elected to leave it down so the picture looked right to the pilot of the damaged airplane behind him.  The F-5 moaned and howled with the excessive speed on the deployed landing gear.  Jose had them descending at fifteen hundred feet a minute and it wasn't enough.  The narrow runway was too close.  "Too high!" he told Rae on the intercom.

"Jack" Rae said.  Remember that twenty-degree space shuttle approach I taught you?  This is it.  Just get lined up and do a nice flair and you'll be good."

"Jose, altitude and fuel?"  Rae was being the perfect co-pilot.  She was reminding Jose on the intercom about the two things he could never have too much of.

"About one thousand feet above ground level and a lot of gas." was his reply.  Even as he said it, their descent rate took them down to five hundred feet over the beginning of the runway. "

"Adder three, cleared to land," was what Rae said to Jack.

"Going around." Jose said on the intercom.  He raised the gear on the F-5, went to maximum non-afterburner power on the throttle, and gently raised the nose.  Rae struggled to look back at Jack's plane.  She had no idea if he had maintained control when he tried to pull out of his steep approach.  Jack and his plane could have simply made a crater in the runway.

As Jose gained altitude he pulled back the throttle, stopped his climb one thousand feet above the desert runway, and made a tight bank to the right.  Looking down now out the right side of the canopy, Rae and Jose could see the Super Hornet off the far end of the narrow runway.  Jose continued  circling, instinctively doing a maneuver called a turn around a point, until the canopy of the A/F-18 went up and Jack waved his arms.

"Sneaky two one, helicopters are on the way.  Say fuel state and intent."

Jose pushed the transmit button on his stick to reply.  "Sneaky two one has three thousand pounds and is RTB."

"Return to base?" Rae asked innocently over the intercom.  "I was just starting to have fun."

Since they reported having a lot of fuel, the Nellis approach controllers took their time in getting Sneaky two one into the pattern behind fighters that had sucked their tanks dry in dog fights.  When they had parked their white jet, gathered their gear, and climbed down the ladders, Jose downed a bottle of water and started doing some paperwork for the operations log on a clipboard.

The air was filled with the sound of airplanes, but over that sound came a roaring.  They both turned to see a huge armored truck pulling up in the taxiway next to their airplane.  Three rugged looking men in camouflaged fatigues piled out.  They formed up, marched smartly to Jose, and the lead man saluted.  Even though he didn't have any headgear on, Jose snapped a smart salute right back.

Unlike Jack, this man's accent made the Crocodile Hunter on TV sound like he was from Chicago.  From a position of attention he said loudly,  "Sore, I've been ordered to fetch the pilots of Sneaky two one immediately."

Jose raised his eyebrows for a moment.  “Ordered by whom?”

"You and Air Commodore Grey are Australian, I take it?"

Jose looked at Rae who had a smile on her face.  "Well Sneaky two one pilot, this could be interesting."

The Australians insisted on taking their helmet bags.  Jose finished signing off the paperwork, handed the clipboard to a lineman, and they piled into the truck.  As it started off with a jerk, Jose said, "What do you call this impressive vehicle, Pilot Officer Bellinger?" 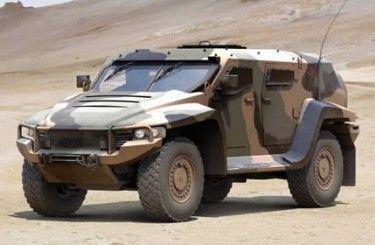 "Ooo, she's a Hawkei.  Built in Australia.  Tough piece of work she is."

They roared past base operations and into a series of low white buildings in the Red Flag compound.  The driver braked hard in front of a building with a sign proclaiming Royal Australian Air Force, Nellis Operating Location.  He beeped the high-pitched horn twice and three men in flight suits came out the front door.  The men piled into the back of the Hawkei and the truck roared off again.  They went out through a side gate of the base and into a residential neighborhood where they pulled into the driveway of a pleasant-looking desert-style Las Vegas home.  Rae and Jose got out of the truck's cab and were surrounded by happy Australians.

Jack's squadron mates introduced themselves quickly and said things like, "Jack wasn't going'ta punch out of that un.  Didn't want to lose it. I recun you saved his bum."   During the impromptu party in the driveway, a woman came out of the house and introduced herself as Nelly Grey.  She explained that she and her husband, Air Commodore Grey, rented the property while the Australian force was training at Nellis.  "Charles says he will probably be on the telephone line all day talking about Jack's airplane. It's morning in Canberra, so they'll be right chatty.  But, once he gets Jack out of the medics, Charles will send him over here."

As she led them through the door of the house, one of the Flight Lieutenants said, "Eh Major, what's your pleasure, Old or New?"  Jose gave him a blank look.

Rae spoke up, "Give him a New.  I don't think he drinks much.  An Old for me."  She was rewarded with a cheer from the Australians.  Rae said, "He wants to know if you want a Tooheys New, kind of a lighter lager, or a Toohey's Old.  Old is a dark ale and an acquired taste.  Toohey's is a beer that's been around a long time in Sydney."