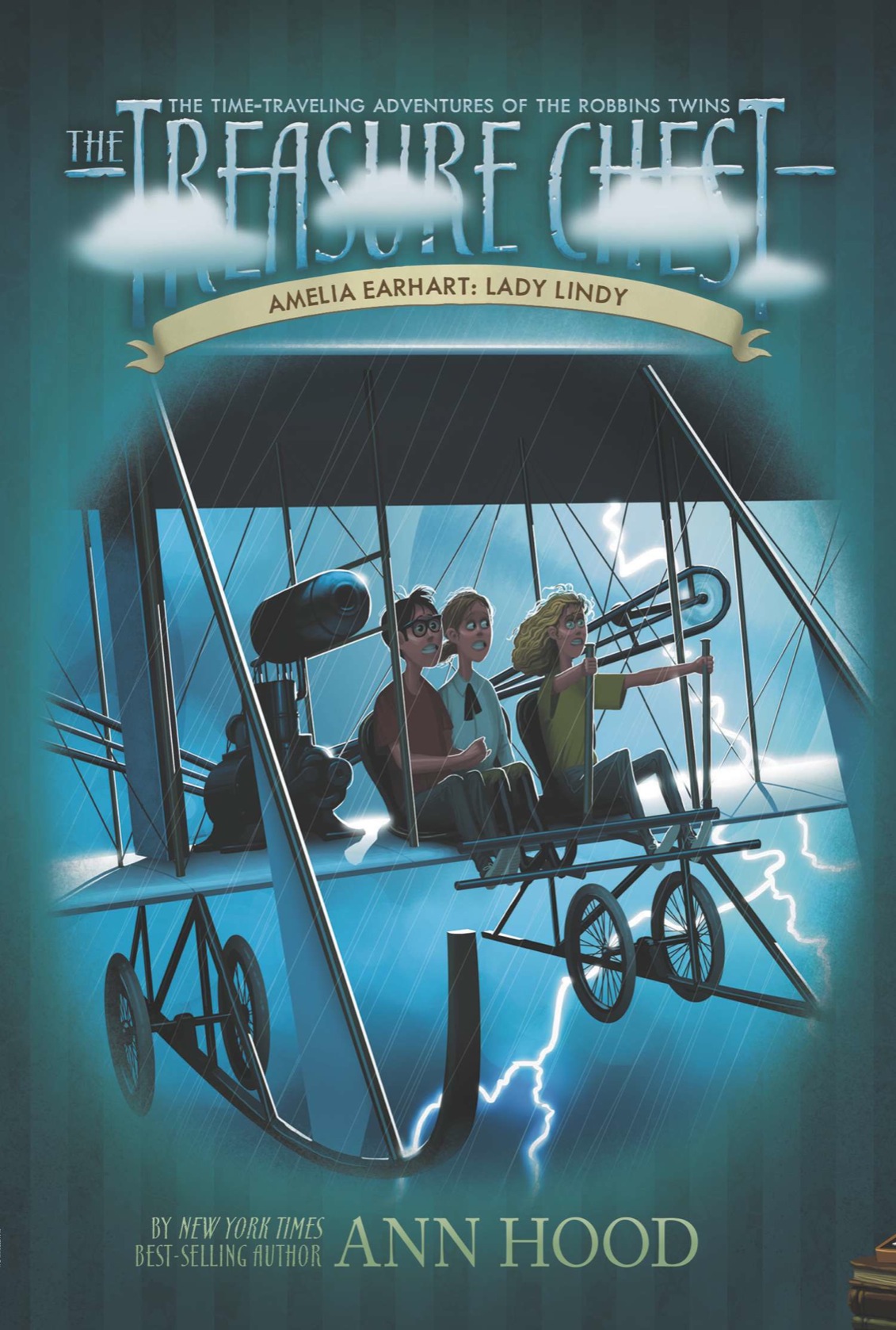 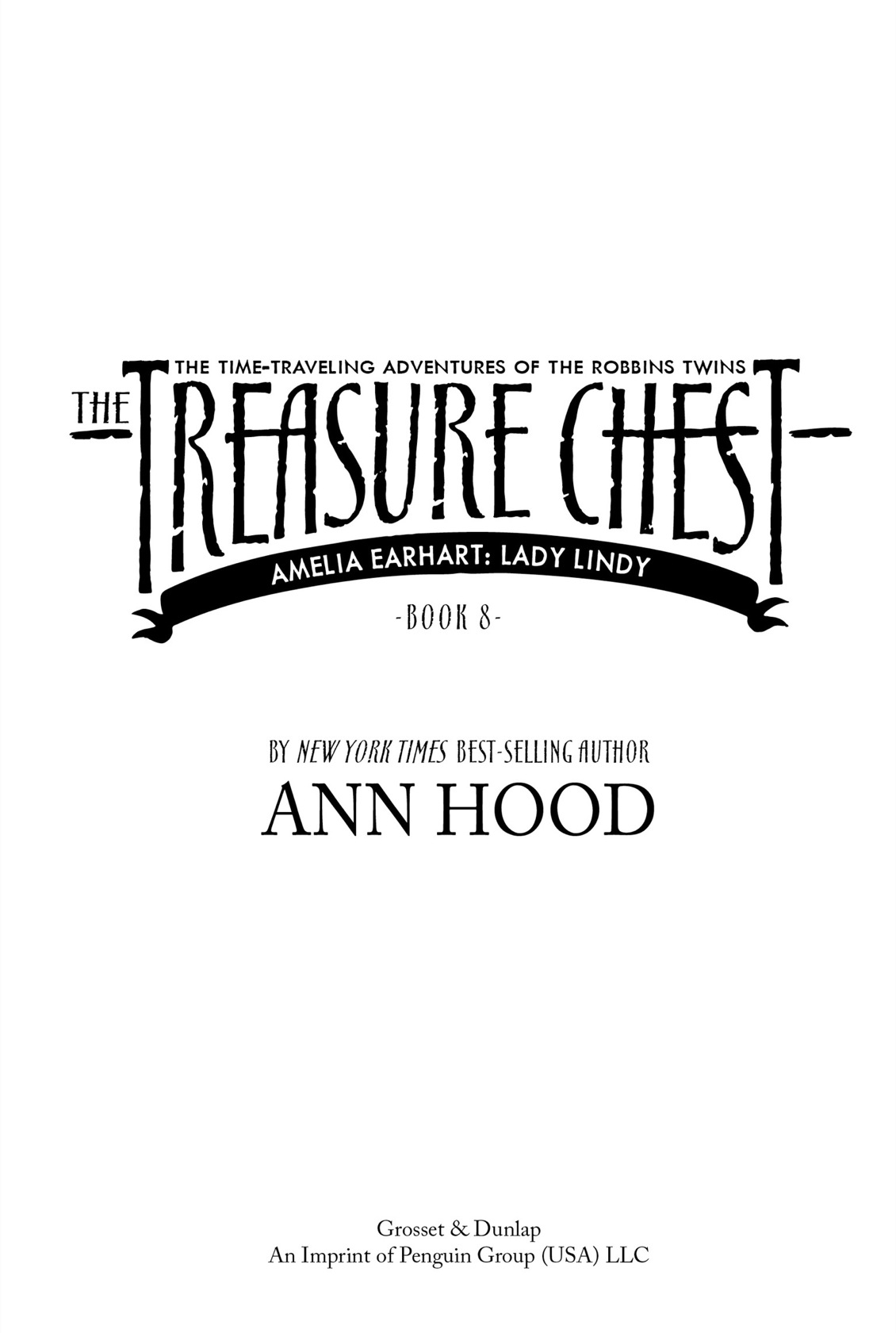 For Annabelle at Eight

M
aisie had survived a fire at sea. She'd escaped to Shanghai during the Boxer Rebellion, avoided arrows and lava, and managed to get out of a workhouse in London.
Why,
she thought,
I've even survived my parents' divorce and moving to Newport, Rhode Island, and being the new kid in school!
And she had hardly been afraid at all. During all of that. But what Miss Percy was asking her to do terrified her.

“Come on, Maisie,” Miss Percy said in her strong, aristocratic Boston accent, the one that Maisie's mother said sounded like she was one of the Kennedys.

She could be JFK's sister, the way she talks,
Maisie's mother had said after parentâteacher night. She said it like it wasn't a good thing, even though it seemed to Maisie that being related to President Kennedy would be a very good thing.

“You would be perfect as one of the girls,” Miss Percy persisted.

“I don't want to be in the school play,” Maisie said.

What she meant was that the idea of getting up on the stage in front of the entire schoolâall those people who thought she was weirdâand saying lines made her shake with fear and dread.

“But it's
The Crucible
!” Miss Percy said as if that mattered.

Of course Maisie knew the play was
The Crucible
. That was all Bitsy Beal talked about these days, how she was going to get the role of Abigail Williams, which was the lead, Maisie assumed, or Bitsy Beal wouldn't want it so badly.

“Arthur Miller!” Miss Percy continued, except she said it like “Ah-tha Mill-ah.”
“One of the leading American playwrights of the twentieth century!”

Miss Percy had dirty-blond hair cut in a chin-length bob, bright blue eyes, and a strong, pronounced jaw. With her trim, athletic body, her kilts, and her polo shirts, she looked like she should have a stick in her handâfield hockey, ice hockey, lacrosse. But no. Miss Percy taught music and headed the drama club. For music, she made them play “Hot Cross Buns” on the recorder, watch the movie
Amadeus
, and dance to African drumming. For the play, she was directing
The Crucible
, which apparently was about a bunch of Puritan girls accusing people of witchcraft. Bitsy Beal said it was really about Communism, but Maisie didn't care either way. She had stage fright.

Miss Percy handed her a pale blue book and smiled, showing all of her big horsey teeth.

“Here's the script,” she said. “Just come to auditions after school this afternoon. That's not too much to ask, is it?”

“Yes it is,” Maisie grumbled.

But Miss Percy just smiled even bigger and walked away in her penny loafers.

He held out his own little blue script book.

Maisie groaned. That meant Bitsy Beal and Felix and Jim Duncan and the rest of them would get all the good parts, and Maisie would be stuck as a maid or worseânot that she wanted any part, anyway.

“I don't want to be in the dumb play,” Maisie said.

Maisie glanced around to be sure no one could hear.

“I am calm,” she said, although her heart was racing and she felt all sweaty.

“You aren't afraid of anything, Maisie. You're practically the bravest person I know.”

In the distance, Hadley Ziff came down the corridor, waving one of the pale blue books, too.

“I want to be Tituba,” she said, her voice full of excitement. “She communes with the devil and gets everybody in trouble.”

“Of course!” Hadley said. “Maisie, which part are you going to read for?”

But she couldn't say anything more. She had grown up with a mother who'd had one glorious season in summer-stock theater, playing every lead role in every play. Even though her mother was a lawyer now, Maisie remembered when she still tried to be an actress back in New York. She remembered her mother practicing lines for auditions, acting in showcases where agents went to try to find talent, taking roles in plays in tiny theaters off-off-off Broadway. Maisie used to be awed by her mother's ability to memorize monologues and turn into a different person onstage, a murderer or a very old woman or once even an apple tree. But the thought of doing those things herself? In front of everyone at the Anne Hutchinson Elementary School? No way.

“âor you could be Betty or Ruth,” Hadley was saying. “They get to go into strange stupors, which is really cool.”

Hadley hung her tongue out one side of her mouth, crossed her eyes, and held her arms out zombie style to demonstrate.

“I don't want to be in the stupid play!” Maisie said much more harshly than she intended.

Embarrassed, she walked away from Felix and Hadley as fast as she could and went into Mrs. Witherspoon's classroom.

“I'm sick of everybody talking about
The Crucible
,” Maisie said, slumping into her seat.

“Thanks a lot,” Maisie muttered under her breath.

“And,” Mrs. Witherspoon continued, “she is vindictive when crossed.”

“She likes to get even,” Mrs. Witherspoon explained. “For example, if Bitsy Beal were making her life miserable, Abigail would get even.”

The second bell rang and everyone spilled into the classroom. But Mrs. Witherspoon did not look away from Maisie's surprised face.

Earlier in the year, they'd had an assembly about peer pressure. The school nurse, Miss Patty, a round redhead with a slight southern twang, had stood on the stage in the auditorium and showed the school a movie on bullying with bad actors pretending to be middle school kids. Then she showed an animated movie in which cartoon hedgehogs got peer-pressured into doing things appropriate for other animals but not for hedgehogs, like swimming and flying.

Most of the kids had laughed or passed notes back and forth or even napped. Miss Patty's pink face got pinker and pinker as she realized no one was really paying attention. Even though she wasn't a real nurse, Miss Patty always wore a nurse's uniform with white stockings and weird white shoes. Her body was round. Her face was round. Even her hair, pale and thin and red, was cut in a way that made it look round, too.

But no one did. Why would middle schoolers pay attention to cartoon hedgehogs trying to swim?

That assembly made Maisie angry. Even though the actors in the first movie were terrible, when a gang of them laughed at the weird girl, Maisie's stomach lurched. Bitsy Beal and her friends had been laughing at Maisie since she'd come to this school, hadn't they? Which meant that Maisie had been bullied, an idea that made her so mad she wanted to stand up and scream.

At least she didn't give in to peer pressure, she thought as she watched one of the hedgehogs jump off the branch of a tree, flap his little hedgehog arms, and fall straight to the ground. Everyone laughed, but Maisie even felt mad at that cartoon hedgehog.
Stand up for yourself!
she'd told him silently.

Now Maisie found herself in the auditorium after school, clutching that pale blue script, with everyone else. She absolutely did not want to be in
The Crucible
. Or any play, for that matter. But here she was, listening to Miss Percy talk about the Salem witch trials and Arthur Miller and the Puritans as if it mattered.

When Miss Percy said: “Many people believe that
The Crucible
is an allegory for Communism,” Bitsy Beal smiled and nodded and made sure everyone noticed her.

Miss Percy continued, “Arthur Miller says he wrote the play in response to the McCarthy hearings in the 1950s. You'll learn much more about McCarthyism in middle school. For now, let's just focus on auditions.” Maisie leaned back in the creaky chair and sighed. Wasn't she giving in to peer pressure by being here? Had she become nothing more than a dumb animated hedgehog?

“So here's how this works,” Miss Percy said, her eyes shining. “I call you up in groups of two or three and have you read some of the lines together. You might be called up here many times or just once. What I'm looking for is how you inhabit the different roles, how you look with the other people up here on the stage.”

“You're deciding who will play which part,” Bitsy said, overstating the obvious.

Bitsy looked smug, but Maisie sat up a little bit taller. Miss Percy had just kind of put Bitsy Beal in her place, hadn't she? And Bitsy didn't even realize it.

Maisie got that throwing-up feeling as she walked to the stage. She paused and took several deep breaths to calm her stomach. Throwing up in front of everyone would be worse than anything.

Jim Duncan was standing there, grinning.

Jim read his lines smoothly, but why wouldn't he? Maisie thought. He'd been standing up here forever practicing.

When Maisie opened her mouth, a strange croaking sound came out. Someone in the audience giggled.

“Oh posh,” Maisie said in a voice that did not sound like her own.

Miss Percy walked over to Jim and Maisie with her long, purposeful stride.

“A little louder, Maisie,” she offered, except she said “loud-ah.”

She put her strong hands on Maisie's shoulders and gave a squeeze.

She could hear her heartbeat ringing in her ears.

The stage directions told her to get closer to John Proctor and to speak winningly and with a wicked air.

Maisie stood as close to Jim Duncan as she dared.

“We were dancing in the woods last night,” she recited as winningly and wickedly as she could muster.

The room had gone oddly quiet.

“She took fright is all,” Maisie finished.

Jim Duncan smiled, just like the directions told him.

“Ah, you're wicked yet,” he said, sending goose bumps up Maisie's arms.

As Jim kept talking, everything except his voice and the words on the page disappeared. It was as if she
was
Abigail Williams and Jim Duncan
was
John Proctor.

“Give me a word, John,” Maisie said, moving even closer to him and trying to look feverishly into his eyes like Arthur Miller told her to do. “A soft word,” Maisie finished.

Jim Duncan turned from her. “Noâno, Abby, I've not come for that.”

For a moment, even though there were no more lines for them, Jim and Maisie both stood, feeling the power of what they had said.

Then, just as quickly, the spell was broken.

For the next hour, Maisie sat in the audience as kids were called up, rearranged, asked to read this part and that part. But Miss Percy never called her back up to the stage.

“Mercy Lewis is a good role,” Felix said optimistically as he and Maisie walked to school the next morning.

He thought his sister had read the part of Abigail Williams better than anybody else. But when Miss Percy didn't ask her to read anything else, or with any other boys, he knew that she was going to get a tiny part. Everyone knew.