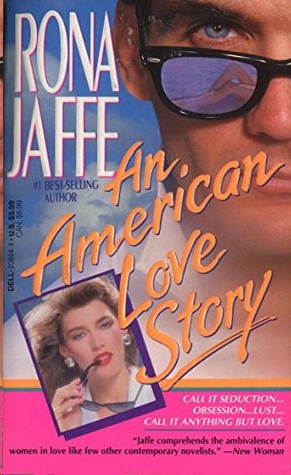 THE WOMEN WHO LOVED CLAY BOWEN—

LAURA MARRIED HIM ON HIS WAY UP …

A prima ballerina, she was already a celebrity when Clay was a mere talent agent, just starting to make a name for himself. Average height, average build, average looks—but charisma off the scale. Laura fell in love at first sight, married him, and became pregnant. She knew she’d have to sacrifice her stardom, but that didn’t matter—as long as she had Clay.

SUSAN LIVED WITH HIM AT THE TOP …

She was a starry-eyed student with her first article published in the college newspaper. Witty, energetic, ambitious, she knew she was going to be a writer, maybe even a great one. What she didn’t know was that ten years later she’d come into Clay’s seductive orbit … would become his lover, his partner, his everything—except his wife.

BAMBI USED HIM ON HIS WAY DOWN …

She lacked the talent of a Laura or a Susan, but she
did
have an obsessive desire to succeed, and an unerring sense of which men would help her to the next level. By the time she latched on to Clay, he was no longer the hottest producer in Hollywood. But he was still useful—for as long as he lasted.

NINA WAS ALWAYS THERE …

The love-starved daughter so adored him, she would risk anything to win the attention he withheld.

ALL BUT ONE OF THEM WOULD PAY A HEARTBREAKING PRICE

IF I COULD FLY AWAY by Frank Duval
MAGAZINE MUSIC, Musikverlag GmbH & Co. KG, Hamburg

All rights reserved. No part of this book may be reproduced or transmitted in any form or by any means, electronic or mechanical, including photocopying, recording, or by any information storage and retrieval system, without the written permission of the Publisher, except where permitted by law. For information address: Delacorte Press, New York, New York.

The trademark Dell
®
is registered in the U.S. Patent and Trademark Office.

The room was very quiet. The walls were a shell-pink and white Laura Ashley print, and there were matching curtains at the open window, moving slightly in the summer breeze. There was a single bed, a small bureau, and three chairs. Something about it seemed like a child’s room, or a place where you would be protected. The woman was sitting in one of the chairs, next to the window. Below her was an expanse of lush green lawn, trees, and four tennis courts, where people were playing. She was a pretty woman, but pale and inordinately still, her face drawn inward looking at secrets. Her hands were folded in her lap and she never turned her head to look out at the view. Then you saw that the window had bars.

There were two other women in the room; one her friend, the other her doctor. “Don’t you want to talk about it?” the doctor asked gently. No answer. “Do you remember anything at all?”

“What can we do?” the friend asked the doctor, looking frightened.

“I wish we could reach her,” the doctor said.

“She hasn’t said a word since she got here?”

“Maybe she’d like to talk about something else. Would you? Anything?” Silence. “Do you think she hears us?”

The doctor sighed. There was a pad of lined paper in a clipboard on the dresser, and next to it was a pen. The doctor brought the paper and pen to the motionless woman and smiling encouragement put them on her lap. “Why don’t you try to write something?” she said. “You like to write.”

The woman looked down at the pad, but did nothing.

“Perhaps you’d like to be alone,” the doctor said. “I know it’s easier to write when other people aren’t around. We’ll come back later. Okay?”

“I love you,” her friend said in a sad little voice, and then they left the room.

The woman sat there for a long time looking at the pad of paper. Then she touched it, as if relating to something that grounded her. Her fingers closed around the pen. Finally, slowly, in a script so small and timid it was almost illegible, she began to write.

A long time ago men outlived their wives. The women had a dozen children, many of whom died young, and then the wives died in childbirth and were buried in the midst of tiny tombstones. The husbands married again.

The woman reread what she had written several times. Then in larger letters, at the top, she wrote the title:
TINY TOMBSTONES
.

When the doctor returned with the patient’s medication the page she had written had disappeared. She had hidden it. It didn’t matter. A first step had been taken to unravel the past.

O
n this autumn night that would change her life forever, Laura Hays sat in front of her dressing room mirror for the last time, carefully penciling her eyes to make them huge, and thought what a miracle it was that every single one of her dreams had come true. For little girls training to be ballerinas, their dream was to be accepted by the famed Rudofsky at his Metropolitan Ballet. And greater than that, if a girl would allow herself such a dream, would be to have Rudofsky create a ballet just for her. If that happened, then forever after people who loved dance would remember her. Rudofsky had created
Sinners
for Laura Hays. She had danced the lead for three years now, to critical acclaim. And tonight at twenty-eight she was leaving her envied career, telling everybody good-bye with no regret at all, because the last of her dreams had come true: the baby she now knew she carried inside her.

Small and fiery, too thin, intense, nervous, she wore her dark hair pulled straight back, the way all the girls in the
company did; but on her it gave her the look of some kind of ethereal bird. She was pretty in such an offbeat way that it became beauty. She looked at herself in the mirror and smiled. Nobody but her doctor and her husband, Clay Bowen, knew that the baby would be dancing
Sinners
with her onstage tonight. That fragile little life, scarcely the size of a fingernail, the fragile little life she would protect forever, would be having the first of their shared experiences together.

The other girls would not be sorry she was leaving. The best ones would wonder which of them would be chosen to dance the lead in
Sinners
now. Rudofsky would be upset. He would not want to replace her, and would tell her she had to come back after the baby was born. It was nice to know he wanted her, but she wasn’t coming back. This baby would have a real childhood, which Laura had never had, and from now on she herself would have a normal life as a devoted wife and mother. No more mandatory starving. No more constant physical pain. No more fear of injuries, nor dancing through them, filled with painkiller that never seemed to work. And, the best: all her evenings spent with Clay.

Laura Hays Bowen … Mrs. Clay Bowen … It had taken her two years to get pregnant. They had been trying from the very beginning of their marriage, and finally this morning her doctor had confirmed the wonderful news. Something fluttered inside her. Fear? Certainly not the baby, it was too small to flutter, all it could do was cling. For a moment Laura wondered if it was dangerous to dance tonight, but then she put the fear aside. It would be so nice to tell her daughter—it just had to be a girl—that they had danced together on a vast stage in front of a huge audience, and that everyone had applauded and cheered and given them both roses.

Whenever she thought about Clay, Laura felt herself melting. She loved him so much.… She remembered the first time she ever saw him, at a restaurant where the dancers often went for dinner after the performance. Someone had brought him along, and he was at their large round raucous table. He was a talent agent at AAI, someone said; very up-and-coming, a boy wonder. At first glance he didn’t look so amazing: about five feet eleven,
average build, with sandy blond hair and hazel eyes—attractive but average, she thought. And then he leaned toward her and smiled, and suggested a drink she’d never had—a martini with vodka in it instead of gin—and it wasn’t what he said that was amazing, it was his charm. No, it was more than charm; it was genuine charisma, a way of making her feel that being with him would be an adventure, that tonight would be wonderful, and that he would take care of her.

And he had. He called, he sent flowers, he pursued her, he found times for them to be together every day or night, even though both their days and nights were filled with the demands of their careers. He talked to her about real things, not small talk the way other men did, he gently massaged her feet, and when she talked to him he really listened. His tenderness enveloped her. “Your poor toes in those toe shoes,” he said, holding her naked foot, “like little bound lotus feet from the ancient Chinese. It’s so barbaric. But you create so much poetry from it. With your strength. Your talent.”

They talked to each other about their childhoods. Hers had been comfortable, even privileged. It was an accident that her gym teacher had found her walking down the hall
en pointe
in her little sneakers, holding on to the wall. She was seven. Such natural talent! Such ambition! So her future began. Clay’s life was not so protected. Brought up in a very small town where his father worked in one of the liquor stores, he had been just a skinny, nondescript-looking boy, delivering wine and liquor after school to the rich people who lived on the nearby estates. He wanted to get out of that town, to go to New York, to go to college, to be somebody in show business. Yes, he wanted money, but he wanted his life to mean something. He knew how bored the rich people on those vast estates were, how unhappy, and that their lives held sad stories.

The Bernini Bust by Iain Pears
Sugar Rush by Leigh Ellwood
Beg Me by Shiloh Walker
A Comedian Dies by Simon Brett
Threads of Change by Jodi Barrows
Marriage at a Distance by Sara Craven
My Side by Tara Brown
Binding Vows by Catherine Bybee
The Queen's Bed: An Intimate History of Elizabeth's Court by Anna Whitelock
Evil Dreams by John Tigges