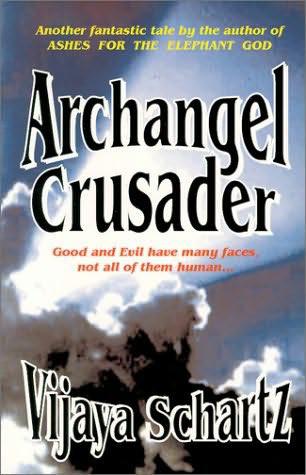 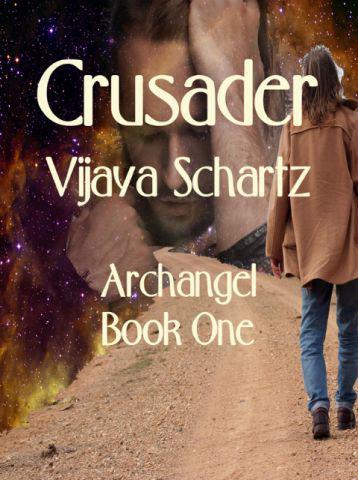 All rights reserved. Without limiting the rights under copyright reserved above, no part of this publication may be reproduced, stored in or introduced into a retrieval system, or transmitted, in any form, or by any means (electronic, mechanical, photocopying, recording, or otherwise) without the prior written permission of both the copyright owner and the above publisher of this book

Behind the blue Ouachita Mountains, the sunset bathed the reservation in cool shadows. Cross-legged on the ground of the sacred cave, the one with sienna drawings of coyotes and rattlesnakes on the walls, Maria faced the warm circle of rocks. The light of the flames caressed the copper skin of her bare breasts and her flowing black hair as she swayed to the rhythm of her monotone chant. Tonight, the young girl braved the spirits alone with only White Eagle’s talisman for protection. The arrowhead on a leather thong around her neck prevented evil intrusion from the Great Snake. Hopefully, the Great Spirit would grant her secret wish.

After sprinkling dry cedar twigs among the embers of the central fire, Maria poured water from a calabash onto the fiery rocks. Steam hissed and billowed, filling the cave. Mellowed by the peyote pipe, Maria surveyed the clouds that changed shape and color with the incantation. She expected a vision.

There, yes, there... A gentle spirit had come. His blue radiance filled her with serene rapture, as she felt enveloped by the song of angels. When the vapors condensed, Maria welcomed the loving presence and closed her eyes, heavy with peaceful oblivion... Losing track of the ritual, she surrendered to the blue light, sinking deeper into nothingness, well being, love... Ever so gratefully...

"Eh Blondie, two more pitchers!" a tall customer yelled over the music, slurring the words, while the three heavyweights at his table nodded approval.

At the bar, Michael Tanner nursed his bourbon, observing the room through the smoke. "You have to be bad just to have a good time," blared the country song in the background, though he could hardly hear the lyrics above the din. The young waitress in cut-off jeans and western boots smiled at him and he smiled back. Michael knew her by sight only. The girl was new, just a kid. In a few years, his own daughter would be old enough to wait tables. A frightening thought.

"Coming right up!" The girl loaded the tray and wove her way around the tables, straight and sassy, flaunting firm breasts through a white peasant blouse.

The big man watched her every move. Holding the tray high above her head, she pushed the ashtray aside, but he seized her wrist and pinned it to the table. "I bet you don't wear a bra under that flimsy shirt," he snarled.

The young girl blushed. "Let me do my work," she pleaded, struggling to free her hand while balancing the heavy tray on the other.

Michael didn’t like the big Yankee who’d sneered at his southern drawl earlier. He couldn't let that cur bother an innocent girl, so he started toward the table.

"You can't fight me, Blondie!" The man leered. "Don't look for the bouncer, he went to take a leak. Why don't you show us your tits?" The Yankee grabbed her waist.

The girl dropped the tray with a cry. It crashed to the floor, glass and beer scattering the sawdust on the concrete. The man's paw on the girl’s breast closed and ripped her blouse. She screamed.

Michael pushed himself between the girl and the man. "You need a lesson in good manners!”

"No ignorant Southerner will teach me anything!" The Yankee aimed a fist at Michael's face.

Michael stepped aside, avoiding the impact. When three heavyweights joined the fight, the bouncer tried to intervene, only to find himself buried in chaos. A punch missed Michael's left ear. Applying a ju-jitsu move, he sent his opponent to the floor, into broken glass, sawdust, ashtrays, and cigarette butts. The bartender reached for the phone while the waitress, disheveled, rather nude and pale in her torn blouse and cutoffs, cowered against the bar, protecting her small breasts.

Through the orange light, a booted foot flew to Michael's face. He caught it in mid air. A sharp twist to the right and his opponent's shoulder smashed a table, breaking it in two. A beer bottle sailed through thick haze and shattered on the heavy wall mirror, cracking it.

The kaleidoscope of jeans, cowboy hats, silver buckles, spurs, back kicks, sweat, and blood, made Michael’s adrenalin pump faster. He felt happy as a fish in cool water among the toppled tables and chairs, in the smell of whisky and stale cigar. Although past thirty, tonight he felt eighteen, as wild and passionate as ever.

When Michael leapt onto the bar to get a better view, his long hair caught the breeze from the ceiling fan. A smoky reflection in the cracked mirror revealed his tall stature, chestnut hair, good shoulders, strong jaw, high cheekbones, and strikingly blue eyes... A hard body from packing lumber and driving nails all day.

His balance, he’d acquired from walking on catwalks, scaffolding and ladders, and a few beers and bourbon on the rocks didn’t upset his timing by much. That son-of-a-bitch stepfather, who taught him martial arts as a kid, would be proud.

There was the muscular Yankee. Michael jumped down and headed in that direction. Blocking a strike, he dodged a chair, kicked another out of the way then leapt over a table. The man had cleaned up one side of the room and stood, waiting.

Michael felt the Indian half of his blood stir. He feinted to the right then threw a left punch to the chin. The target moved just in time to avoid the blow and sneered back. Mad as hell, Michael nevertheless controlled his anger. He turned as if to walk away. Another feint. In a blur, he kicked high and hard, left heel connecting with the man's face. A jawbone cracked. The Yankee tumbled down and slid all the way back through the open front door.

The lights went out. A cold draft chilled the place as an eerie silence fell. Michael stopped moving and listened. Darkness hovered like a disquieting presence. A shadow reflected in the mirror, and his heart stopped for a second. When he looked around, dim light returned and the bar came back to life. Michael tasted blood. It was dribbling from his brow, although he felt no pain and did not remember being hit. Front row, an oblivious drunk stared through the smoke screen in a daze.

A siren sounded in the distance. Michael had to get out before the police arrived. He could ill-afford getting caught, even in a simple brawl. Too many similar incidents already tainted his record. Who’d take care of his family if he went to jail? He headed for the restrooms, discreetly exiting through the back door. He needed a drink.

Ignoring the nip in the air, Michael ran up the dark alley and headed for the white Ford van with ladders and lumber on top. Sirens blaring, a flashing red and blue motorcycle entered the passageway.

"Damn cop!" At the brink of panic, Michael heard a loud whisper.

To the left, he glimpsed a narrow opening between two buildings. Michael dove into it and flattened himself against the wall, hardly daring to breathe. Sweat chilled his hands. The police motorcycle drove by without slowing down. Michael let out a sigh of relief.

A strange music startled him. He turned to meet blinding blue light... Blinking, Michael protecting his eyes with one hand while his vision adjusted. In the blue halo, he faintly distinguished a frail silhouette. His jaw fell open.

"What the hell?" Michael scratched his head. The blue being was gone, but a voice echoed in Michael's mind: "Do not thank me, Son." No one stood there. He stared at an empty spot.

It took Michael a few seconds to realize, or rather to doubt what he’d just seen. Or had it happened at all? Although sober now, he felt hesitant to take the wheel.

Maybe he should see a shrink. What if Dave was right and all these years of carousing finally caught up with him? But hell, if you let go of booze and women, what would be left in life?

Wearily, listening for any sign of pursuit, Michael reached the white van. The Ford Econoline fit his needs. He'd just had the wrinkles ironed out of it and the new white paint made it look clean. He stepped inside through the sliding door.

Rummaging in the tool chest, Michael caressed the steel barrel of a sawed-off shotgun and picked up an empty can of Pepsi. He crushed the flimsy aluminum with one hand and threw it in the recycle cardboard box in the back. Since Veronica still worked the graveyard shift, he felt in no hurry to get back to a lonely bed.

When Michael turned on the ignition, the radio blasted loud country rock. He winced, lowered the volume and turned the dial until he heard Bruce Springsteen. On the drive home, the empty streets of Northeast Philly glided past the windows. Letting a patrol car slide by quietly, Michael slowed down to resume speed on Roosevelt Boulevard. All the lights switched to green on the main artery.

"Michael, stop!" a voice blared in his mind.

Startled, he jammed the brakes and smoked the screeching tires. A front tire blew up. Fighting for control, Michael brought the van to a stop.

Out of the darkness, a black Mercedes crossed the intersection in front of him, against the light, without even slowing down. The ruthless vehicle with dark windows, all lights off, vanished silently into the night.

"Holy shit!" That was close... Michael hadn’t seen it coming. What madness was this? Why did he slam on the brakes? Thank God he did. His heart thumped, and sweat streamed down his back as he looked around, shaking. Michael stepped out of the van to check the damage. "Damn!" The flat was beyond repair.

Frustrated, Michael threw the keys on the ground and ran sweaty fingers through his hair. Of course, he had no spare. Since the nail in the Lumberyard yesterday, there had been no time to get it fixed. Dejected, Michael sat on the curb, feeling the chill from the concrete crawling through his jeans.

A cold mist started to fall, forming halos around the yellow mercury lights. Michael shoved his hand in the pockets of the sheepskin vest. In the haze, he caught a glimpse of a blue light, a frail silhouette. He rose and called out. "Eh! You! Yes, you!"

The blue opalescence was floating away and Michael had to break into a run, trying to catch up with it. The fog thickened. Michael stopped and, except for the pastel glow of the nearest streetlight, he could not see a thing. As silence enveloped him, he wondered whether to pursue the elusive light or return to the van, although he wasn't sure in what direction that might be anymore. The gray blanket had become quite opaque.

Blue brightness caught Michael's eye deep in the cloudy veil. Was it coming back? Yes, that was the light, with someone inside... Not quite human in shape, bluish, with a big head and huge dark eyes. A luminous aura surrounded him while celestial music permeated the air.

How to Get to Rio by Julie Fison
Beneath a Panamanian Moon by David Terrenoire
Conviction by Lance, Amanda
Defiance by Stephanie Tyler
The Hole in the Wall by Lisa Rowe Fraustino
Corruption's Price: A Spanish Deceit by Charles Brett
The Three Lands Omnibus (2011 Edition) by Dusk Peterson
A Tap on the Window by Linwood Barclay
MBryO: The Escape by Townsend, Dodie
With Friends Like These by Dawn Cook