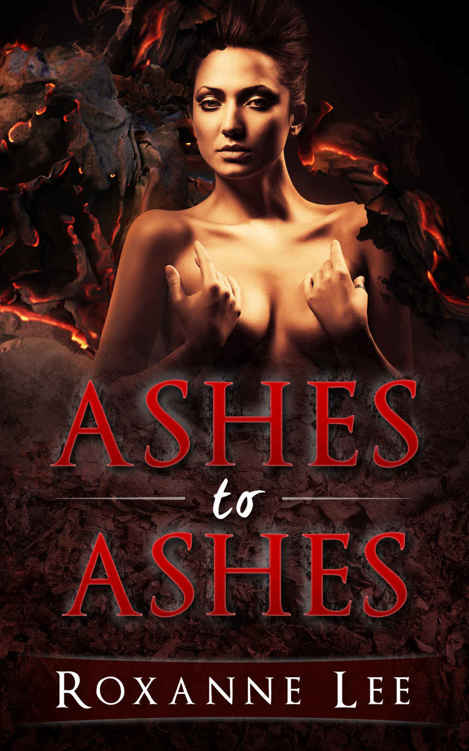 All rights reserved. No part of this book may be reproduced in any form or by any means without the prior written consent of the publisher, excepting brief quotes used in reviews.

To my lovely readers - thank you for continuing the journey and I love receiving every one of the comments and emails you send.

I’d like to thank my sometimes muse, sometimes sounding board for her exceptional comments on each twist and turn in both books of this series so far. You have encouraged me, made me laugh when I wanted to cry and fully supported my madness. You are a fabulous friend to have.

The voice that hungered. One that took over my mind and pushed images of starvation and malnutrition through. A voice that bypassed the wolf and turned me insane with delirium. Grabbed hold of my vision and turned it towards Lane in my madness.

I'd made that promise the moment I'd met him. Saw the savage he'd become, so torn and stripped of pride by people so evil they took a teenage boy as their victim. By people so twisted they tortured that boy, turned him possessed in childhood and fractured in adulthood.

The voice begged and pleaded, trying to guilt me into action. Eventually it would turn violent. When all else failed and it became desperate, that side of me would revolt, turn traitor to the body that housed it and eat away at my sanity until all that remained was some kind of frenzy.

Still it pleaded. I clenched my fist into a rock, a wide and solid hammer that punched through the plaster cementing Carver's office wall. A hole that would now decorate his previously pristine paint, plaster like dust settling on the cream carpet, blood and shavings covering my knuckles.

I sighed as I sat in the creaky leather chair, useless furniture too weak to hold solid weight. That side of me was beginning it's cancerous infection, torturing me with a need so addictive I would eventually become a jittery, pale junkie in my craving. Crawling through the waste that littered alleyways in the human town and feeding blindly off beings just as starved as I. What a pathetic creature I would become, so adamant not to feed from those I fought and bled with that I ended up with some vile existence. Perhaps Duncan was correct, perhaps I was indeed wrong and I should be put out of my misery before I eventually gave into the creeping side that slyly manipulated for dominance.

I leaned back in the chair, silence from the room other than that incessant creaking of leather. I felt nothing other than that need and it consumed me to the point of madness. Was this what they all felt? If so, I believe I understand the choices they make. The same choices myself, the guard and the entire species vilify them for. I wonder if this is the year I finally give in, having fought so long will I just drown in my own itching need? Let the flood gates open and exchange starvation for gluttony. The very fact I'm questioning my ability to keep that particular monster at bay probably answers my own question.

How many more weeks do I have?

I let my own depression crush me into the chair.

I'd wanted to at least see the woman meant for me, one time...just once. I'd never have gone so far as to actually touch her but, just once I'd have liked to have seen the woman fate had made mine.

Or perhaps the simple reality was that I had no one, that even fate knew how unnatural I was and even she divined not to match my soul.

I'd spent fifty years ridding myself of that label. Born to wolves that hated the child they'd made, one half wolf and one half...something else. I'd tried so hard to forget that side, to push the animal forward and shove the vermin down. The deepest pit, the darkest part of my soul to cage the foul hungers that haunted me. Fifty years of building that cage, stacking block on top of block, a house made prison within. And so many more years holding on to it tightly, hiding what I was.

Lane knows, or at least I think he does. I've not said the words just in case I can't take them back and then, it'd be one more person I'd come to call family only to have them vanish when my nature reveals itself. He has to know though, he once told me he could feel it. Like oil and insects, a crawling slime that spread over his skin, sinking in and corrupting from the inside, like death that ate away at organs.

I wonder if that's what he see's when he looks at me; death. Some horrifying figure, skeletal and crooked, seeping insects and bile, hidden behind a cloak of cowardice. I think I'd die before I succumbed, at least with Lane anyway. I don't think I could stand to be the reason he had to feel that way again. So long had he spent killing the things that made him deluded in his own mind, so long spent crawling his way out from hell...I could never send him back.

I'll wait for Carver to return, chair the guard for now, perhaps it will give my mind a break from the incessant need for the time being. When he returns I'll leave, I'll sink to the deepest part of the ocean, find some peace finally, somewhere near the core of the Earth. Perhaps rot below the water until all that's left is bones of the wolf and I'll have floated away somewhere warm and welcoming, somewhere just inside purgatory.

A knock sounded on the heavy oak door. I sat a moment longer in my solitude, reaffirming those bricks that made my other nature a tombstone, ensuring no cracks remained for it seep it's way through.

He pushed his way through the door, a dry smile on his face. I was happy to see him smiling, no doubt he'd tortured himself long enough over Duncan already. "You're leaving now?"

He flashed his teeth at me, rather cheeky for the position I now held yet Lane was used to the leeway, both Carver and I always had treated him differently.

Cheeky fuck. I was only a few centuries older than him. "Don't get lost, Blondie. Can't spare the resources to save your sorry ass."

He grinned again, how he had found some of his humor again was beyond me, I doubt I could have found it at all. Hunting down Duncan would be hard, no matter Lane's propensity for chaos, they'd been brothers near enough.

"Sure, you'll be spending too...much time redecorating after...the mess you made."

He looked pointedly at the wall behind me, I pretended I didn't hear him and shuffled useless papers around the desk. I caught a glimpse from him, something dark and violent, a little sweet that I tasted on the tip of my tongue. Something to savor and roll around in my mouth, I'd taste it for hours to come.

I shook my head and straightened in the chair I'd unknowingly slumped in. Pushed that taste away, tried to eradicate the tiny piece of paradise I'd caught a little of. God, it tasted like heaven and I was a lowly human sacrificing myself to the gods for one small sample. It was enough to shatter the illusion that I was still okay enough to be around this man, that I still had a handle on my darkest desires.

I'm glad he was leaving. I don't think I could spend much longer in his presence, he literally oozed glorious pain and I was the succubus that drained it from him. I felt weak in my addiction and my inability to restrain that monster that grew ever more consuming inside me.

"Do you need anything before you leave?"

He looked curiously at me, I hoped in that moment that all he saw was the same Charlie he'd always known. I could never admit to him how close I was to losing control.

I laughed at that, a real laugh for once. How easily he called me out on my crap. "Sorry, I'll miss you brother. Don't get dead."

I stood from my chair and locked that shadow down tight, the stain that covered me in such filth it soured even this farewell. I took his hand in mine and pulled him toward me, a slightly forced grin twisting my features. He slapped my back hard and chuckled hoarsely, no doubt enjoying the automatic tightening of my hand on his, a cracking of bones as we both tried to outdo the other in grip.

His smile fell for a moment, a serious expression I rarely saw crossing his face. "Call me, Charlie...for anything you hear?"

I nodded at him and released his hand, trying to wipe away the lingering touch without him noticing. There's no way he knows, I still have some control left...I hope. Enough to fool him for little while yet.

He nodded once more and turned for the door, I kept my eyes on his back as he left, kept my face in its usual serene expression. One more thing I'd built up over years of denying that evil, yet another cage that cracked and leaked beneath the pressure. I had few cages left nowadays, perhaps I'd spent too long putting a makeshift lid on a creature too powerful to be contained. I felt an awful lot like a pressure keg, steam escaping through cracks just moments from exploding.

I knew nothing now but need and desperation, some sick and twisted life that I faked my way through. I was more than ready to throw the towel in, give up my final fight and just let the shadow overcome me. I'd given nearly four hundred years to this fight and I was done. I had nothing left to give other than pain to the people I refused to hurt.

A final stand so that Carver can get some of the time he needs, just a little longer and I'll be free.

I walked to the window that overlooked the gravel drive and the car that Lane was putting his bag in. He certainly traveled light, a kit-bag of clothes and accessories for the journey to his new pack, not much left for when he started the hunt for Duncan. Although Lane had a lot more affinity with his wolf than I, perhaps he intended on making the whole chase in his wolf form.

Not exactly something my own wolf allowed much of these days.

It seemed every part of me was ready to give up, even the strongest part had no drive to win anymore, an animal that had been born so powerful it had taken an entire pack to control my first shift.

And now look at me...slowly wasting away under the strain of one sadistic side, draining the life out of the beast that had started so perfectly, that had been something to be proud of.

I was finally ready to admit that I had failed, that the people who'd birthed me and thrown me away like sewerage had been right.

And now there was nothing but waiting for the end.