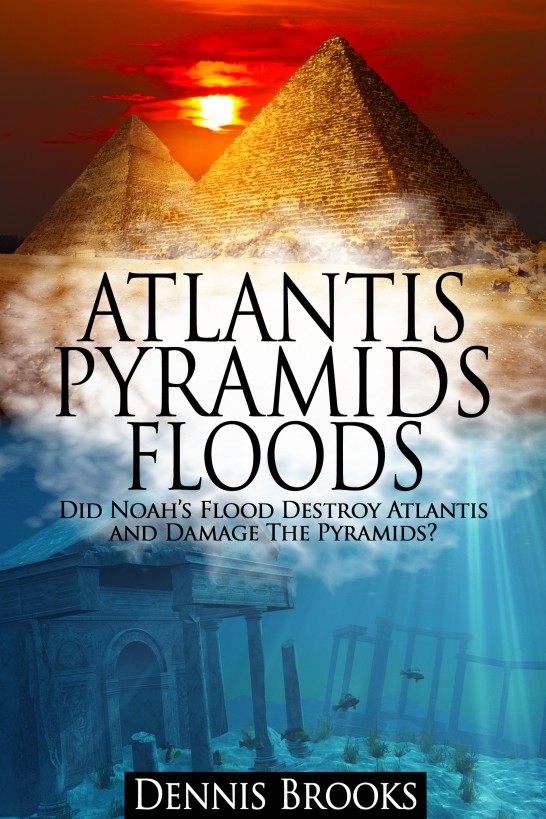 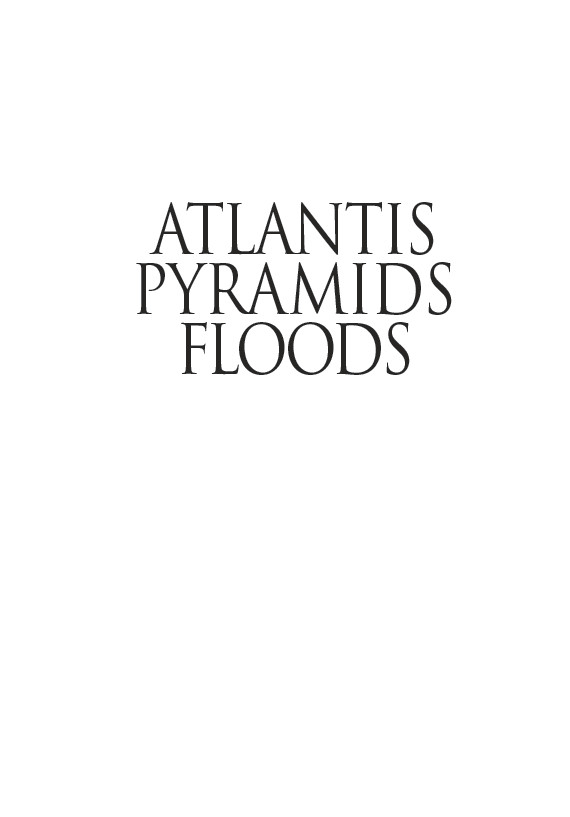 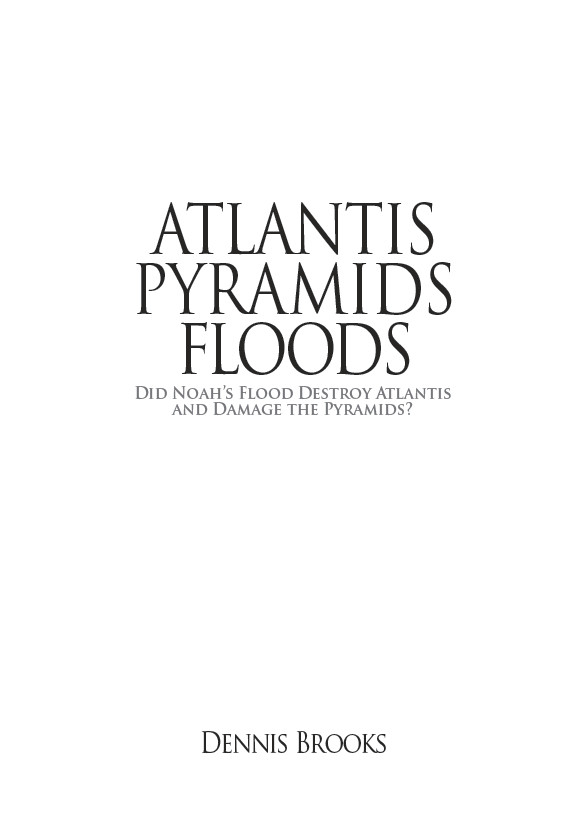 Plato’s full story has been included in this
book.

This is a condensed version of the
book
Atlantis: Ten Tribes of the
Americas
. Find other books online by the
author.

All rights reserved. No part of this book may
be used or reproduced in any manner whatsoever including Internet
usage, without written permission of the author.

3
Where was Atlantis Located?

6
Accounts of the Destruction

7
How the Bad Times

9
The Plain of Atlantis

10 Atlantis Not a Myth

15 Study At Your Leisure

16 The History of Atlantis

According to sources as diverse as Plato and
historian Ignatius Donnelly, Egypt was Atlantis’ oldest colony.
Besides Donnelly’s research and Plato’s story about Atlantis, there
is now physical evidence to support their claims. In addition,
several other researchers and references tie Atlantis to Egypt and
the Great Flood. When we put these and many other scattered
references together alongside the information provided by the
storytellers, an image begins to take shape and the bigger picture
comes into view.

In analyzing the sources and evidence
available to us, it seems that Noah’s Great Flood was caused by the
same cataclysm that destroyed Atlantis. Since myths are usually
based on truth, this new information will allow us to investigate
the story behind the myth; and when it comes to the Great Flood’s
link to Atlantis, there is simply too much physical evidence in
support of Atlantis and the Flood to dismiss either story as a
myth.

If Egypt were Atlantis’ oldest colony, as
Plato and Donnelly stated, the Egyptian Pyramids may have been in
place since before Atlantis was destroyed. It stands to reason
then, that if the pyramids were already in place before the
destruction of Atlantis, they would have been on the Giza Plateau
when Atlantis was destroyed. If the pyramids were in place during
the flood, they would have sustained flood damage, and we would be
able to see evidence of that damage. If these observations are
correct, then several of the structures on the Giza Plateau were
damaged by flood waters.

We can see the destruction clearly on the
Great Sphinx and the three nearby larger pyramids: Khufu, Khafre,
and Menkaure. The ground in the area is still littered with debris
knocked loose from the pyramids by floating objects. Khufu and
Menkaure were completely submerged by the flood. However, the top
of Khafre, the tallest pyramid, was not destroyed during the flood.
This left a cap on the Great Pyramid that now acts as the
high-water mark for Noah’s Flood. The images can be seen
online.

Robert Ballard, one of the world’s best-known
underwater archaeologists, has found evidence of the flood in the
Black Sea off the coast of Turkey, quoted below:

‘
By carbon dating shells
found along the shoreline, Ballard said he believes they have
established a timeline for that catastrophic event,’...

Note
: Plato
told of multiple floods in the area occurring before the greatest
flood of all. If that is true, then we should be able to see damage
caused by more than one flood. Take another closer look at the
Great Sphinx. You can see that it has a high water mark at its chin
showing damage from what might have been another flood.

Next, take a look at this excerpt from Plato
in which a priest in Egypt is speaking to Solon, a famous Athenian
lawmaker.

The priest:
In
the first place you remember a single deluge only, but there were
many previous ones; in the next place, you do not know that there
formerly dwelt in your land the fairest and noblest race of men
which ever lived, and that you and your whole city are descended
from a small seed or remnant of them which survived.

And this was unknown to you, because,
for many generations, the survivors of that destruction died,
leaving no written word. For there was a time, Solon, before the
great deluge of all, when the city which now is Athens was first in
war and in every way the best governed of all cities,”

Plato’s complete story of Atlantis is
included as a reference later on in the text.

The destruction of Atlantis may have been the
result of a natural disaster that dug a series of craters across
North America, now called the Carolina Bays. These craters might be
the key to solving the mystery of what destroyed Atlantis and
caused the Great Flood. Evidence of the cataclysm is permanently
etched into the land, telling us much about the history of the
event. This particular destructive act of nature seems to have been
caused by a shower of comet fragments falling from space. The comet
probably broke up in space and the larger fragments followed each
other to earth.

The fragments broke up again as they entered
Earth’s atmosphere and hit the ground as bullets of ice, water, and
debris. The fragments created elliptical depressions when they
slammed into the earth. These craters are concentrated along the
Atlantic seaboard within the coastal states of Delaware, Maryland,
New Jersey, North Carolina, South Carolina, Virginia, Georgia,
Florida, and even as far away as Nebraska. In Maryland, they are
called Maryland Basins. They also landed in the Gulf of Mexico.

Looking at the impact sites, it is easy to
imagine the amount of damage the incoming fragments were capable of
causing. Scientific research has also found that there are icy
comets in outer space, further supporting this theory. The
following link provides further information on this ancient
disaster.

This massive block of ice broke up in outer
space and hit the earth as 500,000 separate fragments, which
bombarded North America for two days. The great impacts would have
triggered earthquakes, floods, and forest fires throughout America
and Mexico. There might also be other impact sites within the
Americas that have not yet been identified as such. For instance,
there are huge scars on the mountains a few miles southwest of Los
Lunas, New Mexico. These scars may have also been made by comet
fragments, which would explain the large fields of rocks and
boulders that litter the landscape near Los Lunas.