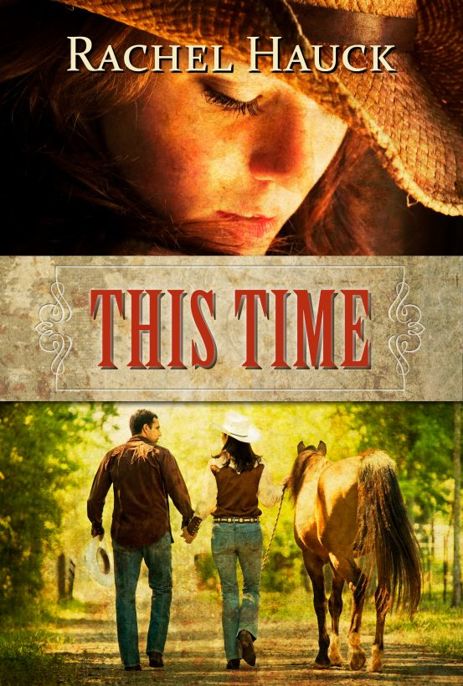 The unauthorized reproduction or distribution
of this copyrighted work is illegal. Criminal copyright
infringement, including infringement without monetary gain, is
investigated by the FBI and is punishable by up to 5 (five) years
in federal prison and a fine of $250,000.

Names, characters and incidents depicted in
this book are products of the author's imagination and are used
fictitiously. Any resemblance to actual events, locales,
organizations, or persons, living or dead, is entirely coincidental
and beyond the intent of the author.

No part of this book may be reproduced or
transmitted in any form or any means, electronic or mechanical,
including photocopying, recording, or by any information storage
and retrieval system, without permission from the publisher.

Inside, it was cool, and the
lighting dim. Belle pulled off her tattered hat and used its wide
brim to slap the dirt from her faded jeans. After a moment, she
strode across the wood floor, the heels of her well-worn boots
thumping resoundingly.

In a week, the gym would be
alive with old friends getting reacquainted, laughing the laughter
that comes only when reminiscing, sharing the bond and joy that
come only from the past.

"
Afternoon, green eyes. Been here long?" a smooth, familiar
voice brought her around.

"
How can you miss the sound of that door opening and
closing?"

Spencer Grey chuckled,
loosened his tie and unbuttoned his starched white collar. "This
old gym sure takes me back." He dropped his briefcase and crouched
forward, pretending to dribble a basketball. "It's Spencer Grey,
going for the three pointer. Two seconds on the clock. He shoots!
He scores! Spencer Grey clinches the regional championship for the
Haskell Haymakers."

He ran around the top of
the key, arms raised overhead, cheering as if he were before a
crowd of hundreds. "The crowd goes wild."

Belle stood back, arms
crossed, laughing. "As I recall," she said, "you shot and
missed."

"
You have your memories, I have mine." Spencer shot another
pretend basket.

"
Spencer, we lost the regional that year."

He wagged a finger at
Belle. "Yeah, but not on my shot."

Belle shook her head. "How
do you live with yourself?"

"
I don't know... I shower daily, use deodorant. I'm not that
bad really, for a lawyer type." Spencer stepped toward her,
reaching for her hand.

She drew away and buried
her hand in her pocket. "Spence, speaking of showers... I'm sweaty
and smelly. I've been rounding up the yearlings all
day."

"
I had a great time at dinner last night," Spencer said, his
eyes searching hers.

"
About last night," she said, hesitating.

Spencer dropped his arm
and took a step back. "Uh-oh, here we go."

He held his hand up to her
face. "Talk to the hand," he said smugly, then turned his
back.

"
Oh, that's mature, counselor." They sounded like they were
back in high school.

"
I'm tired of your excuses." Spencer folded his suit jacket
and draped it over his briefcase.

"
Would you let me explain?"

"
Slow? Slow! Belle, you're thirty-three years old. It's time
to pick up the pace a little."

She flared at his condescension,
and was about to give him a dose of his own medicine when the
rattling of the gym doors stopped her short. The rest of the
reunion committee strolled in together, their voices
reverberating.

"
Let's talk about this later," Belle whispered to
him.

"
If you have the time," Spencer countered, terse with
frustration.

"
Belle, Spencer, you'll never guess who we got to be Master
of Ceremonies for the reunion." Gates Fuller's blue eyes snapped
with excitement.

"
Tyler McDermott," Belle answered pragmatically. As reunion
chair, she had personally called and invited their most respected
and honored classmate, a recently elected United States Senator, to
act as the emcee for the fifteenth reunion of the class of '85. He
had graciously agreed. Belle couldn't imagine anyone better to host
the weekend.

"
He's hosting Saturday night," Gates confirmed. "We have a
schedule all made out for him. Just like you asked. But guess who
has agreed to emcee Friday night?" Gates and Meg Carson giggled
like schoolgirls.

"
Tyler McDermott," Belle answered again, dryly. What were
those two thinking? If they weren't her best friends, she'd, well
she didn't know what she'd think of them. She often wondered what
made that red head of Gates' tick. Her imagination constantly
manufactured new ideas and worked new angles.

Belle lifted her hands, in
no mood for guessing games. First, the tense exchange with Spencer,
now this. "Gates, for crying out loud, what made you think we
needed another emcee?"

"
Tyler, actually," Gates answered, her attitude now
defensive. "He'd been on the phone with our other emcee, and asked
if he was coming to the reunion. One thing lead to another and
well, we have a second emcee."

The men of the committee,
Spencer, Dan Green and Cody McDowell chimed in that they'd like to
know, too.

Gates paused for one
beaming moment, then blurted out, "Burke Benning!" She and Meg
shrieked in unison.

The guys whooped and hollered,
giving each other high fives. With two words, the reunion
excitement rocketed, and everyone talked at once.

Except for Belle. Gates
announcement sent her heart to her stomach like a boulder hitting a
smooth glassy lake. Waves of panic crashed over her, eroding bits
and pieces of her senses.

"
No! No, Burke Benning," she blurted out. The others gawked
at her.

"
Why not?" Dan wanted to know, peering over his
glasses.

"
You have to do better than that," Gates said, arms crossed,
giving Belle the eye. "The programs haven't been printed
yet."

Belle squirmed, feeling
cornered. "This is a committee," she argued. "Gates and Meg can't
make the decisions like that without all of us weighing
in."

Gates turned to the men.
"Any objections?"

"
Overruled," Spencer bellowed, sounding like a season judge
rather than a lawyer.

"
Sustained!" Belle fired back without thinking. She reddened
at how ridiculous her own voice sounded as it echoed around the
gym.

Everyone laughed. "You
can't sustain an overruled, Belle," Spencer said, his laugh
crowning every word.

Spencer stepped in front
of her, his determined stare holding her gaze in a contest. "Belle,
he's an NFL star running back. He's been All Pro since his rookie
year. He was Rookie of the Year. He's an awesome
athlete."

"
I'm not impressed." Her words were flat and
cold.

Gates pushed Spencer aside
and took a turn. "Belle, I've known you since the Community Church
Cradle Roll. You are one of my best friends, and one of the most
extraordinary people I know. You are also one of the most
inflexible. Put aside your personal feelings and realize the rest
of the class would love to see Burke as emcee."

Meg added her logic to the
argument. "This is the first reunion that he's attended since that
spontaneous one we had the year after we graduated. It's an honor
to have him. Not many small town high schools can say they have
such a famous alumni."

"
So, we make him Master of Ceremonies?" Belle
challenged.

"
Belle," Spencer began. "Give it up. It's five to one. He's
going to emcee the Friday night events. It's a Square Dance, so
there won't be much for him to do. Does that make you feel
better?"

She looked at the determined
faces of her committee. They wanted Burke Benning. No objection of
hers would change their minds.

With a sigh, she conceded. She
could never expect them to understand how the sound of Burke's
name made her heart pound, her stomach weak and her mind
confused.

For the past twelve years she'd
managed to avoid him and the rest of the Benning family. Not an
easy feat in a small town. Except for the magazine rack at the
grocery checkout counter, she rarely saw him.

Now she would be
confronted with him for an entire weekend. She shuddered. Yet,
wasn't it that very morning she read the Apostle Paul's words, "I
forget what lies behind and press forward to what lies
ahead."

Obviously, she had not forgotten
the past. She had not pressed forward. Not when it came to
Burke.

Once, about ten years ago she
had resisted a little nudge during a Sunday service to give Burke
a call, to get it all out in the open, to clear the air. Forgive
and move on.

But she could never bring
herself to face him with the pain.

"
Belle?" Spencer peered into her face. "You
okay?"

She lifted her chin and
glanced into his eyes, bringing her wandering thoughts into focus.
"I'm fine. Let's go to the bleachers to discuss the rest of the
reunion agenda."

Within an hour the reunion
committee had finalized the weekend events, and each member had a
list of to-do's.

Spencer and Meg jotted notes.
Spencer in a leather bound organizer, and Meg in a cartoon covered
notepad.

"
Great," Spencer said, tossing his organizer in his brief
case and slapping his hands on his knees. "I don't know about you
guys, but I'm hungry and thirsty. Anyone for a soda and burger at
Charlie's?"

"
Not me," Gates said, standing and moving down the
bleachers. "Paul is grilling out tonight. He's holding down the
fort until I get there."

"
Well, my husband is not grilling out tonight, so if we are
going to have dinner at my house, I need to get going," Meg said,
following Gates.

Cody and Dan also had
families waiting. "See ya'll," Belle called after them.

Spencer stood and reached
for his briefcase and jacket. "Charlie's?" he asked Belle. "We can
finish our conversation."

Belle gathered her papers
and stuffed them in a worn leather saddlebag. The news of Burke's
reunion appearance left her in no mood to deal with Spencer's
romantic overtures. "Not tonight, Spence," she said, flinging the
saddlebag over her shoulder and starting down the bleachers. "I'm
tired, and in desperate need of a big bar of soap and a hot
shower."