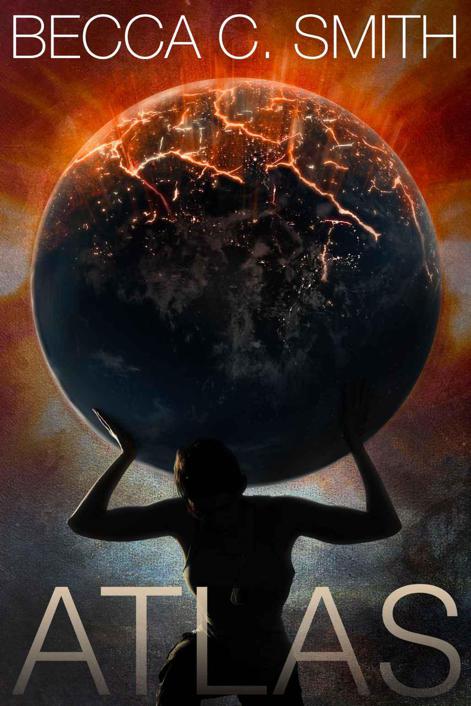 All rights reserved. No part of this publication may be reproduced, distributed, or transmitted in any form by any means, or stored in a database or retrieval system, without the prior written permission of the publisher.

Dedicated to Susan, Peter, Dylan and Ruby Wrenn. My second family. You guys mean the world to me! Love you!

Other Books By Becca C. Smith

Alexis Tappendorf and the Search for Beale’s Treasure

Crap
, Kala Hicks reprimanded herself.
Another bar fight? What’s wrong with me? Seriously!

This particular asshole tried to grab her waist and pull her close. Before he could reach his hand around her, Kala’s fist split his nose.

The man was screaming to high heaven.

“Relax, dude, I’m a girl.” Kala was even more offended at how much of a baby this guy was. But she knew she was being unfair. Kala was a trained Navy Seal sniper with two black belts, one in Aikido and one in Tae Kwon Do. A punch in the face from Kala was the equivalent of a punch in the face from any man (probably worse, since they never seemed to expect it from a woman). Kala was five six and only 120 pounds, her shoulder length auburn hair framed a straight nose, giant green eyes and perfectly shaped lips. The girl was stunning. Jack Norbin, her commanding officer, would often assign Kala undercover missions because her looks were so unassumingly “safe,” while her fighting skills were deadly. Though as the team’s sniper, Kala usually found herself holed up in a room lying on a table with her rifle and an earpiece telling her who to put a hole into. Either way, Jack never worried about Kala’s ability to defend herself.

On the other hand, Jack
did
have to worry about Kala getting into unnecessary fights.

“You bitch!” the man wailed. He tried to punch Kala back since the whole bar was laughing at him.

And by laughing at him, it was more that they were laughing at Kala’s short fuse. Kala’s fights were quite the amusement for the other bar regulars. Just a way for Kala to blow off steam, and if it entertained them at the same time, they were all for it.

Kala easily dodged the man’s fist and sent another blow to his chest.

The man gasped for air.

“Just walk away,” Kala sighed. She was bored already and the thought of beating the crap out of this guy until he stopped trying to fight back was not something she was in the mood for tonight.

Next time, walk away yourself, idiot,
Kala grumbled to herself.

Kala wished she had more self-control, but she’d been like this her entire life. Her mother abandoned Kala in a dumpster as soon as she gave birth to her. She was discovered the next morning and taken to the hospital. Kala ended up being one of the unlucky kids who was never adopted, a childhood spent moving from foster home to foster home. The only family that Kala ever gave a damn about were the Johnsons. She was sent to them when she was fifteen years old. Owen and Linda Johnson. Owen was in the Navy and drilled respect into a very unruly Kala. She loved him for it and followed in his footsteps by joining the Navy. When she started her training, the Seals nabbed her right away. Kala’s test and target practice scores were off the charts, always deadly accurate. A few years of exemplary service later and she was nabbed again by Jack. Kala had been on his team ever since, working secret government missions that usually required a lot of killing and mayhem.

For a smart girl, Kala often wondered how she could be so dumb. A question her fellow soldiers wondered sometimes as well.

“You okay, Kala?” Derek yelled from the back of the bar.

Even if Jack was the commanding officer, Derek Echols was the big brother in their little crew of two women and two men: Kala, Lali, Derek and Jack. They were never too far apart from each other, even in off duty time. It kept their minds in the game — because they never knew when they’d be summoned to perform a mission. Though currently only Derek was around.

“Fine, thanks,” Kala half-waved to Derek.

He did not just do that!

Kala felt the wooden bar stool hit her lower back with a loud crunch.

But not as pissed as Derek.

Kala almost felt sorry for the poor guy as Derek jumped up on his table and charged like a bull, leaping from table to table until he slammed full force into the guy’s chest. Derek picked the man up by his neck and flopped him on the surface of the bar, breaking every glass that had happened to be resting there.

Derek shoved the man so hard the guy slid all the way to the end of the twenty-foot bar and toppled off the end in a heap. The man’s friends hurried to his side, then carried him out of the bar before he was stupid enough to try coming back for more.

Kala rolled her eyes at Derek. “I had that under control.”

“Yeah, you were a complete lady.” Derek handed the bartender a wad of cash to pay for the damages. The bartender didn’t flinch: apparently fights in there were commonplace. If you paid what you owed, he was just fine with that.

“What did he do? Ask for your number?” Derek motioned the bartender for two shots.

Before Kala could blink, the shots were ready.

“Worse, he tried to have a conversation.” Kala drank her shot with Derek.

Derek was tall, well over six feet, and all muscle. He wore his hair shaved, which suited his dark complexion. Derek was always dressed in military fatigues, and Kala wouldn’t have been surprised if he slept in them as well. She had never seen anyone so loyal to their country. Derek lived and breathed America. He had been a marine before he was recruited to be on Jack’s team, and Derek was
Semper Fi
all the way. Kala knew he would take a bullet for any one of them.

Kala picked up the rickety bar stool that had served as a tennis racket to her back and sat down. “I’m going to be sore tomorrow,” she moaned, rubbing her back. It wasn’t painful yet, but that was probably because she’d already had four shots of tequila that evening.

Derek touched his forehead. “I think I hit my head when I slammed him into the bar.”

Derek and Kala both started to laugh. Pulling up a bar stool, Derek ordered two more shots of tequila and the two of them slammed them back like pros.

“Sooner or later you’re going to have to let someone in,” Derek said this carefully. He knew he risked injury by bringing up the touchy subject.

But Kala was too drunk to get mad. More importantly, she was too scared that Derek would figure out that not only had Kala “let someone in,” but the person she had let in was their commanding officer, Jack. She could barely admit it to herself, let alone any of her team.

Even Jack was in the dark at how much Kala truly cared about him. And it was more than just
caring
. Kala was in love with him.

The ‘L’ word didn’t come naturally to Kala. It always felt forced and fake when she thought about saying it out loud. She was jealous at how effortlessly it came to most people. Some people said it as easily as “good-bye” in a conversation. It made Kala feel like she was some kind of alien, incapable of human emotion. Kala made Jack think that he was her “booty call,” but that was a lie, because Jack was so much more to Kala. The intensity of their relationship scared her more than anything in her entire life, and that was saying something considering she was a part of the most elite special ops team ever assembled.

“Not if I can help it,” Kala picked up a newly refilled shot glass and toasted Derek, who shook his head.

At that moment Kala’s cell phone buzzed. She stared down at it. It was a text from Jack simply stating:
you coming over tonight?

Kala’s chest tightened. She felt like a teenager. The guy gave her butterflies and she really despised that. But she texted back:
be there in 20
. Kala groaned internally at her own weakness. It looked like tonight Kala was
Jack’s
booty call and not the other way around. She should have been strong and said no. Sleeping with your commanding officer broke about a hundred rules, but Kala didn’t care. Being with Jack was one of the few true things she had in her life. Any time with him beat tequila shots in the wee hours of the morning. Period.

“Gotta go,” Kala informed Derek. “Thanks for taking out the trash for me.”

Derek motioned the bartender for another drink. “See ya tomorrow.”

Kala casually saluted and walked out of the bar.

The cold January air felt amazing after the stuffiness of the bar. It had rained that morning, giving the air a fresh-after-the-rain smell that Kala loved. Being stationed in D.C. wasn’t exactly Kala’s first choice of homes, but after the last three years she had learned to appreciate the little things. Kala’s foster-jumping life was in Los Angeles so she had been raised in sunshine. Seasons were an entirely foreign concept to her when she joined the Navy. Her first winter was in Virginia Beach and even though everyone kept telling her that 48 degrees was mild, it felt like she had been stuffed inside a freezer. Kala wasn’t one to complain, but a part of her would always miss L.A. for the weather.

Kala’s beat up maroon ‘73 Buick Apollo sat in the back of the bar’s parking lot, but she knew she was in no condition to drive. At least she didn’t have to worry about anyone stealing it: though sentimentally Kala felt that her Apollo was the best car ever made, no one else seemed to agree with her, especially thieves. Luckily, Gordo’s Bar was near the center of town off of 16th street, so hailing a cab wouldn’t be a problem, especially if you looked like Kala. She wasn’t exactly dressed for a night out, but her t-shirt and jeans with a black leather form-fitting motorcycle jacket showed off her figure to any man with eyes.

Hailing the first cab that drove by, Kala slid into the back seat and gave the driver Jack’s address. Even as she said the numbers out loud her chest squeezed again. She was ready to punch herself for being such a sap. Kala knew more about her sniper rifle than she did about love. The military was a welcome distraction whenever things got too complicated for her emotionally. Kala was blessed with the innate ability to hit her target no matter what the distance or the trajectory. So being a sniper was a no brainer. Kala had no idea where she inherited this gift and she often wondered if her mom or dad had been soldiers themselves. Knowing her luck, they’d probably been homeless crazy people who were really good at darts.