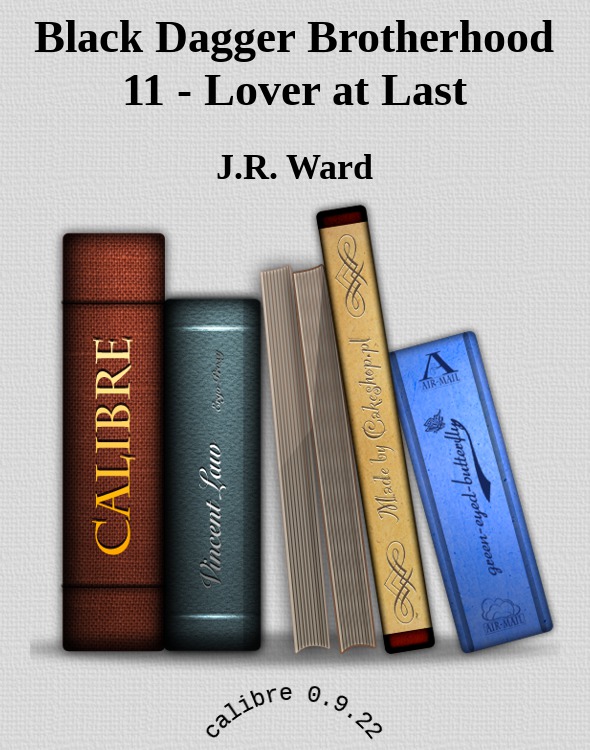 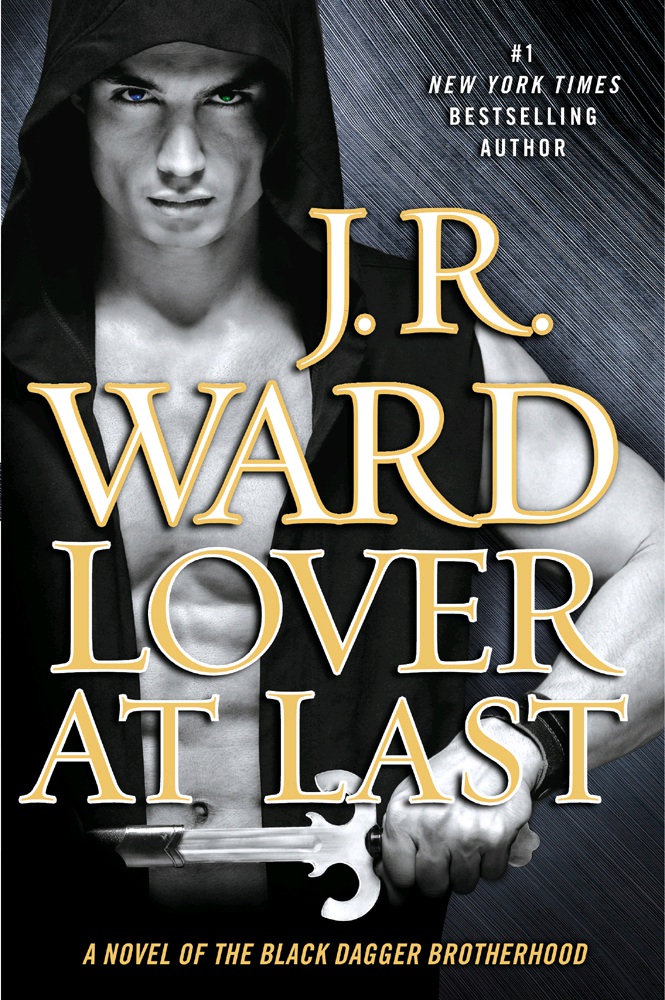 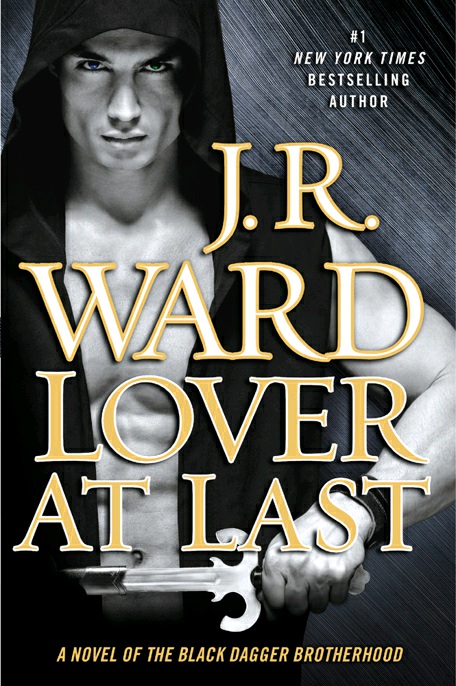 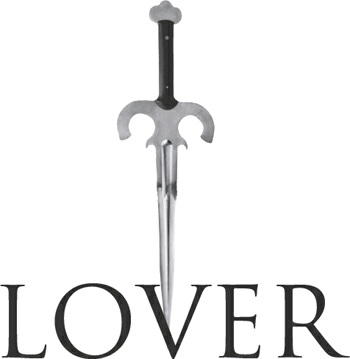 A NOVEL OF THE BLACK DAGGER BROTHERHOOD

AT THE RISK OF INAPPROPRIATE LEVITY,

AND NO ONE DESERVES IT MORE THAN THE TWO OF YOU.

Thank you so very much for all the support and guidance: Steven Axelrod, Kara Welsh, Claire

Zion, and Leslie Gelbman. Thank you also to everyone at New American Library—these books are

Thank you to all our Mods for everything you do out of the goodness of your hearts!

With love to Team Waud—you know who you are. This simply could not happen without you.

None of this would be possible without: my loving husband, who is my adviser and caretaker and

visionary; my wonderful mother, who has given me so much love I couldn’t possibly ever repay her;

my family (both those of blood and those by adoption); and my dearest friends.

Oh, and the better half of WriterDog, of course.

ahstrux nohtrum
(n.) Private guard with license to kill who is granted his or her position by the king.

ahvenge
(v.) Act of mortal retribution, carried out typically by a male loved one.

against the Lessening Society. As a result of selective breeding within the race, Brothers

possess immense physical and mental strength, as well as rapid healing capabilities. They are

not siblings for the most part, and are inducted into the Brotherhood upon nomination by the

Brothers. Aggressive, self-reliant, and secretive by nature, they exist apart from civilians,

having little contact with members of the other classes except when they need to feed. They

are the subjects of legend and objects of reverence within the vampire world. They may be

killed only by the most serious of wounds, e.g., a gunshot or stab to the heart, etc.

blood slave
(n.) Male or female vampire who has been subjugated to serve the blood needs of

another. The practice of keeping blood slaves has recently been outlawed.

the Chosen
(n.) Female vampires who have been bred to serve the Scribe Virgin. They are

considered members of the aristocracy, though they are spiritually rather than temporally

focused. They have little or no interaction with males, but can be mated to Brothers at the

Scribe Virgin’s direction to propagate their class. Some have the ability to prognosticate. In

the past, they were used to meet the blood needs of unmated members of the Brotherhood, and

that practice has been reinstated by the Brothers.

chrih
(n.) Symbol of honorable death in the Old Language.

cohntehst
(n.) Conflict between two males competing for the right to be a female’s mate.

doggen
(n.) Member of the servant class within the vampire world.
Doggen
have old, conservative traditions about service to their superiors, following a formal code of dress and

behavior. They are able to go out during the day, but they age relatively quickly. Life

ehros
(pr. n.) A Chosen trained in the matter of sexual arts.

exhile dhoble
(pr. n.) The evil or cursed twin, the one born second.

the Fade
(pr. n.) Nontemporal realm where the dead reunite with their loved ones and pass

First Family
(pr. n.) The king and queen of the vampires, and any children they may have.

ghardian
(n.) Custodian of an individual. There are varying degrees of
ghardians
, with the most powerful being that of a
sehcluded
female.

hellren
(n.) Male vampire who has been mated to a female. Males may take more than one female as mate.

hyslop
(n or v): A term referring to a lapse in judgment, typically resulting in the compromise of the mechanical operations or rightful possession of a vehicle or other motorized conveyance

of some kind. For example, leaving one’s keys in one’s car as it is parked outside the family

leahdyre
(n.) A person of power and influence.

leelan
(adj.) A term of endearment loosely translated as “dearest one.”

Lessening Society
(pr. n.) Order of slayers convened by the Omega for the purpose of

lesser
(n.) De-souled human who targets vampires for extermination as a member of the Lessening Society.
Lessers
must be stabbed through the chest in order to be killed; otherwise they are ageless. They do not eat or drink and are impotent. Over time, their hair, skin, and irises lose

pigmentation until they are blond, blushless, and pale eyed. They smell like baby powder.

Inducted into the society by the Omega, they retain a ceramic jar thereafter into which their

heart was placed after it was removed.

lheage
(n.) A term of respect used by a sexual submissive to refer to her dominant.

Lhenihan
(n.) A mythic beast renowned for its sexual prowess. In modern slang, refers to a male of preternatural size and sexual stamina.

mahmen
(n.) Mother. Used both as an identifier and a term of affection.

mhis
(n.) The masking of a given physical environment; the creation of a field of illusion.

transition and then once a decade thereafter. All males respond to some degree if they are

around a female in her need. It can be a dangerous time, with conflicts and fights breaking out

between competing males, particularly if the female is not mated.

the Omega
(pr. n.) Malevolent, mystical figure who has targeted the vampires for extinction out of resentment directed toward the Scribe Virgin. Exists in a nontemporal realm and has

extensive powers, though not the power of creation.

phearsom
(adj.) Term referring to the potency of a male’s sexual organs. Literal translation something close to “worthy of entering a female.”

princeps
(n.) Highest level of the vampire aristocracy, second only to members of the First Family or the Scribe Virgin’s Chosen. Must be born to the title; it may not be conferred.

rythe
(n.) Ritual manner of assuaging honor granted by one who has offended another. If accepted, the offended chooses a weapon and strikes the offender, who presents him- or herself without

the Scribe Virgin
(pr. n.) Mystical force who is counselor to the king as well as the keeper of vampire archives and the dispenser of privileges. Exists in a nontemporal realm and has

extensive powers. Capable of a single act of creation, which she expended to bring the

sehclusion
(n.) Status conferred by the king upon a female of the aristocracy as a result of a petition by the female’s family. Places the female under the sole direction of her
ghardian
, typically the eldest male in her household. Her
ghardian
then has the legal right to determine all aspects of her life, restricting at will any and all interactions she has with the world.

shellan
(n.) Female vampire who has been mated to a male. Females generally do not take more than one mate due to the highly territorial nature of bonded males.

symphath
(n.) Subspecies within the vampire race characterized by the ability and desire to manipulate emotions in others (for the purposes of an energy exchange), among other traits.

Historically, they have been discriminated against and, during certain eras, hunted by

vampires. They are near extinction.

the Tomb
(pr. n.) Sacred vault of the Black Dagger Brotherhood. Used as a ceremonial site as well as a storage facility for the jars of
lessers
. Ceremonies performed there include

Worlds of Edgar Rice Burroughs by Mike Resnick, Robert T. Garcia
Acts of Love by Emily Listfield
The Wrath Of the Forgotten by Michael Ignacio
Waking Up to Boys by Hailey Abbott
Dead Heat by Kathleen Brooks
Schooled in Murder by Zubro, Mark Richard
Hold Tight (The Embrace Series) by Colyer, Cherie
The Undomestic Goddess by Sophie Kinsella
His Lover's Fangs by Kallysten
Ghost River by Tony Birch