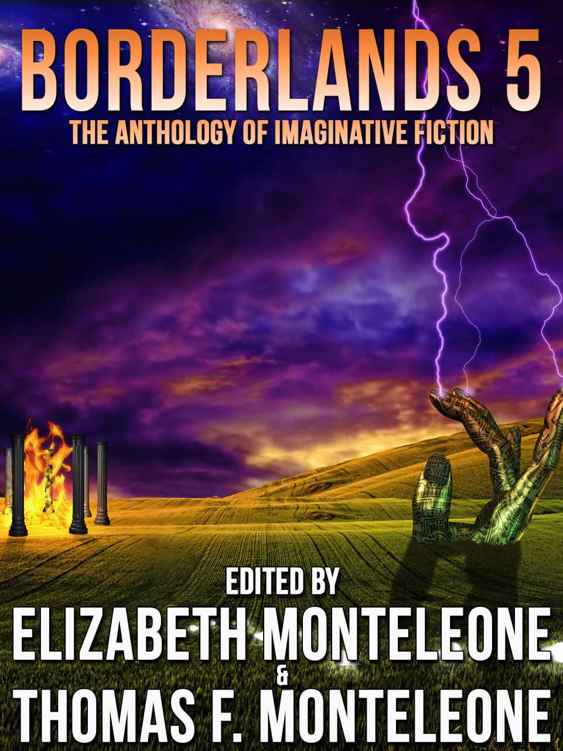 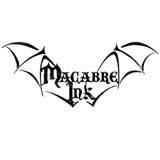 Macabre Ink is an imprint of Crossroad Press

This eBook is licensed for your personal enjoyment only.  This eBook may not be re-sold or given away to other people.  If you would like to share this book with another person, please purchase an additional copy for each person you share it with.  If you’re reading this book and did not purchase it, or it was not purchased for your use only, then you should return to the vendor of your choice and purchase your own copy.  Thank you for respecting the hard work of this author. 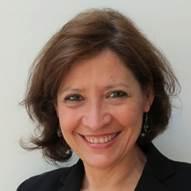 E
lizabeth Monteleone has been the guiding force behind Borderlands Press since 1990. It is her sincerest wish that you enjoy the many books we have produced during that time. 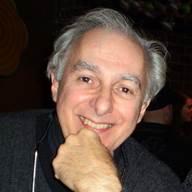 T
om Monteleone has been a professional writer since 1972, and four-time winner of the Bram Stoker Award. He has published more than 100 short stories in numerous magazines and anthologies. His stories have been nominated for many awards, and have appeared in lots of best-of-the-year compilations.  He is the editor of seven anthologies, including the highly acclaimed
Borderlands
series edited with his wife, Elizabeth.
Borderlands 5
won a Bram Stoker Award in 2003.

He has written for the stage and television, having scripts produced for American Playhouse (which won him the Bronze Award at the International TV and Film Festival of New York and the Gabriel Award), George A. Romero’s
Tales from the Darkside
, and a series on Fox TV entitled
Night Visions
.

Of his thirty-six books, his novel,
The Blood of the Lamb
received the 1993 Bram Stoker Award, and The New York Times Notable Book of the Year Award. His four collections of selected short fiction are
Dark Stars and Other Illuminations,
Rough Beasts and Other Mutations
,
The Little Brown Book of Bizarre Stories
, and
Fearful Symmetries
(2004), which won the 2004 Bram Stoker Award. His novels,
The Resurrectionist
and
Night of Broken Souls
, global thrillers from Warner Books, received rave reviews and have been optioned for films.  His omnibus volume of essays about the book and film industries entitled
The Mothers And Fathers Italian Association
was published by Borderlands Press (www.borderlandspress.com) and won the 2003 Bram Stoker Award for Non-Fiction. He is also the author of the bestseller,
The Complete Idiot’s Guide to Writing a Novel
. His books and stories have been translated into fourteen foreign languages.

Check out our blog and

Subscribe to our Newsletter for the latest Crossroad Press News

Join our group at
Goodreads

We hope you enjoy this eBook and will seek out other books published by Crossroad Press.  We strive to make our eBooks as free of errors as possible, but on occasion some make it into the final product.  If you spot any errors, please contact us at
[email protected]
and notify us of what you found.  We’ll make the necessary corrections and republish the book.  We’ll also ensure you get the updated version of the eBook.

If you’d like to be notified of new Crossroad Press titles when they are published, please send an email to
[email protected]
and ask to be added to our mailing list.

If you have a moment, the author would appreciate you taking the time to leave a review for this book at your favorite online site that permits book reviews. These reviews help books to be more easily noticed.

Thank you for your assistance and your support of the authors published by Crossroad Press.

A project of this magnitude cannot happen without the belief, support, patience, and plain old American hard work of many people. In that spirit, then, we would like to shine an appreciative light on those who have helped to make this book not only a reality, but the success we believe it is.

And so, in no particular order: James A. Mellow, Uncle Frank, Matt Schwartz, Keith Schaffner, Matt Bialer, Rich Chizmar, Michael Wilby, Jaime Levine, Kathy Ptacek, Kelly Laymon, Judy Rohrig, Jann Eckler, and finally, the more than six hundred determined and talented writers who submitted their stories to us, and who reinforced our belief this anthology is indeed a good place in which to be published.

This one is for

our daughter, who just happens to be the most intelligent, the most beautiful, the most athletic, and most all-around talented girl we’ve ever known.

The Growth of Alan Ashley—Bill Gauthier

The Thing Too Hideous to Describe—David J. Schow

Around It Still the Sumac Grows—Tom Piccirilli

One of Those Weeks—Bev Vincent

H
ard to believe it, but the time between the publication of
Borderlands 5
and the previous volume is
nine years
.

Lots of changes in just about
everything
during that span. To name but a few: bricks finally weigh more than cell phones; cigarettes cost as much as a six-pack; dot.commers no longer name football stadiums; and eighty-year-old grandmas get checked for shoe-bombs when they want to fly to Cedar Rapids.

But there is at least one constant: the stories you find in a
Borderlands
anthology will be the best imaginative fiction being written.

We say that with confidence because we’ve worked hard to find the absolute best dark fantasy, suspense, and even a few real horror stories. For those of you who’ve never read earlier volumes of this series, we should hip you to some of the “ground rules”: (1)
Borderlands
is a nonthemed anthology, which means writers are free to explore any topic they choose; however (2) we are usually not very excited to see stories which are basically retreads of familiar genre symbols, staples, and icons. (We’re not looking for stories about vampires or ghosts or serial killers or witches or were-creatures or anything else you’ve already read somewhere else.) (3) This anthology is not restricted or “invitation-only,” which means you’ll always find plenty of
new
writers right alongside some of the most familiar and popular “names” in the business.

ReluctantConsort by Lora Leigh
Our Time by Jessica Wilde
Amish Promises by Leslie Gould
His Last Duchess by Gabrielle Kimm
Limoncello Yellow (Franki Amato Mysteries) by Andrighetti, Traci
Shifting Currents by Lissa Trevor
The Woman Before Me by Ruth Dugdall
Stealing Time by Elisa Paige
How to Light Her Fire! by Madame X
Casper, Maggie-Kinky Campers 01-In the Woods by Casper, Maggie