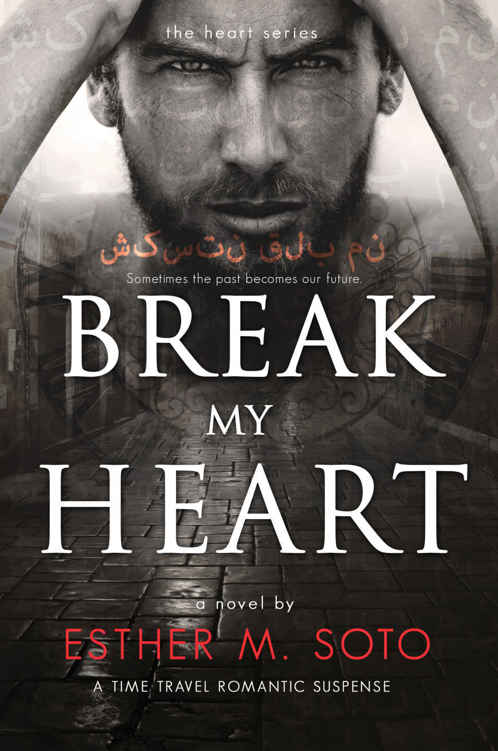 For going above and beyond
.

Tommy is sound asleep, peaceful and content next to me.

The comforter falls from his hips as he turns to the side, exposing his naked rear end. A loud contented sigh escapes his lips. His mussed hair is still sticking up from my fingers running through it last night, and his thick, honey-brown eyelashes rest along his cheekbones. I ease out of bed and just watch him, his breathing smooth and steady, large naked frame taking up most of my bed.

How did I get so lucky? He’s all mine.

Not wanting to wake him, I slip into a t-shirt and shorts then scurry to the kitchen for some much-needed coffee. I take advantage of the quiet and check the refrigerator and pantry. We’re low on groceries, so I compile a list of things we need: milk, eggs, bread, and coffee. Beer for Tommy. Wine for me. We finished off a bottle of red last night, spilling some of it on the bed as he attempted to drink from my body. I grin at the memory.

Takeout boxes occupy a majority of the refrigerator space, so I grab the trashcan and commence Operation Smell and Guess. Tommy claims to be a pro at it, but that man can eat anything. He’ll go through half of a container before saying, “Does this smell funny to you?” Then he’ll just shrug and keep eating. I don’t know why he even bothers asking.

I’m halfway through the containers when his voice booms down the hall.

He’s pulling on his tee and buttoning up his jeans, a piece of paper in hand, as he marches straight for the front door. He doesn’t even glance my way as he’s unlocking it.

“Where are you going?” I ask, but he doesn’t answer. Instead, he opens the front door and steps back, muttering something.

I witness in horror as he falls flat on his back.

I run to the door, frantically look up and down the hallway. It’s empty, the shooter long gone.

What the fuck just happened?

Panic grips me in its giant fist, squeezing and shaking me to the core. My vision zeroes in on Tommy, sprawled out on the wooden floor.

“Tommy?” The ground pulled from under me, I land on my knees next to him. “Tommy! Come on, hang on.”

Red flows from two nickel-sized holes in his massive chest. I press on the wounds but his t-shirt is quickly soaked, and within seconds, scarlet coats everything. My fingers, his neck, his jeans. Seeps into the floor, its coppery smell permeating the air.

He’s pale, his lips are colorless, and his pupils are fully dilated. His breathing becomes a struggle as he gasps. I strain to raise him up, pulling his body against mine. Maybe if I hold him close, try to keep him warm—

“It’s okay, Lil,” he manages in a raspy whisper.

No, no. This isn’t happening. This can’t happen.

His eyes try to focus on me so I lower my face to his, kiss his clammy forehead.

His blood is everywhere. My hands are sticky with it. My clothes are covered in it. He’s so pale.

“I love you so much,” he chokes out, blood spurting from his mouth. His body reacts to his injuries instinctively, fighting what’s coming, but his eyes are accepting, resigned.

“No! Please don’t leave me!” I cry, kissing him, tasting his blood on my lips, my tears dripping onto his face. I can’t stop sobbing, my frame crumpling against his.

My life. My best friend. My world.

Tommy reaches for me but his arms fall limp. His lips part, and his eyes…I’ve seen that look before, back in Afghanis—
No
.

“Colton! Come on!” I yell, slapping his face desperately. “Don’t you dare leave me!”

I grip him tighter and scream.

Utter agony pours out, and my world crumbles around me, collapsing, swallowing me whole.

“Come on, let me put some candles on the cake, please?”

Chris won’t give up.

“No!” My harsh whisper is useless against the most stubborn woman I know, and I’m with Lil now, so that says a lot.

I feel sorry for Nelson. He has to deal with Chris on a daily basis. The woman missed her calling as a Taliban interrogator. We would have found fucking Bin Laden in three months with her in charge.

“Come on, Tommy, you’re being dramatic. She’s not going to kill you.”

“What? The woman carries a gun, Chris. She’ll fucking shoot me. I’m serious.”

I am. Lil hates her birthday. Never celebrates it. She warned me about letting Chris run amok with it, and I promised her I wouldn’t let it happen.

“One candle. No numbers, come on,” she says, digging inside the grocery bag.

Lil is in the bedroom getting ready since we got distracted timewise. My thoughts drift to the last twenty minutes before Nelson and Chris arrived for dinner.

Lil and I making love right here in the kitchen.

She felt so good. Both of us naked, on this very stool, me grabbing onto the counter while rocking in and out of her. Her legs wrapped around my ass, fingernails digging into my lower back.

My mouth hovered over hers while I licked and nibbled at her lower lip as she panted.

Shit. Just thinking about it is making me hard.

I wish we could have canceled dinner. Christ, I wanted to have her again, but she was afraid they would get here and she was right. Not two minutes after I buttoned my jeans, they were knocking on the door. Lil ran to our bedroom stark naked and told me to stall. Now, here I am trying to keep this crazy woman from getting me killed.

And she’s putting a fucking candle on the cake!

“Dammit, Chris. I’m fucking serious, I promised her. If not for me, do it for her, Jesus. Nelson, help me out here,” I hiss, my words barely audible.

Like always, fucking Nelson is just standing there smiling at his wife like what she’s doing is so adorable or something. This isn’t funny.

I wish they would understand what a big deal this is for Lil. It took a lot for her to agree to get together today, of all days. The last thing she needs is to be reminded of the crappy birthday memories she’s accumulated through the years.

Lil’s childhood memories are far from happy. She doesn’t talk about it much, but I bet that bitch mother of hers probably bought a cake that said “
Thanks for ruining my life!
” and blew out the candles herself. If there’s one thing Sophia Harper was good at, it was being the most selfish human being on the planet.

By our second tour, she’d confided in me about her birthday celebrations, or rather, the lack thereof. Chris knows this. She knew Lil back at Northwestern before I even met her in the Army, yet she doesn’t give up. Chris is the ever-optimist.

“Fine. No candles,” she concedes.

Nelson and I are stunned. That was too easy. I’m not falling for it. Chris is just letting me have this one because she cares about Lil. I know she loves her like a sister.

Lil walks into the kitchen freshly showered and changed. I can smell her from here. Subtle lavender, soap, and Lil, and she’s turning me on
again
.

“Happy Birthday!” Chris gives her a big hug, and Lil glares at me.

Great. I’m going to pay for that one. “It’s okay to wish you a happy birthday, right?” Chris didn’t miss her reaction. Good. At least she knows now I’m not exaggerating.

Lil’s tone isn’t good. It’s fragile, vulnerable. I don’t like what this emotional bullshit does to her. My Lil is bulletproof, but now that we’re together? I’ll do everything in my power to protect her.

“Hey, Harper.” Nelson comes over and hugs her.

Lil shoulders tighten and she flinches. She’s still not big on displays of affection.

She’s far from one hundred percent, and I know that. She was missing for months, and none of us has the first clue what happened to her or where she went. She doesn’t remember…but sometimes I catch her staring off into space, or she’ll get really quiet when we talk about the time she was gone.

Nights are the worst. I hear her talking in her sleep. Sometimes she grunts and cries, like she’s fighting something or someone off. All I can do is hold her tightly until she settles, even going so far as to rock her lightly, whispering how much I love her in her ear, how I’m here, how I’m never letting her go. She hasn’t said anything, but I’m sure the bureau is making her see a shrink. Whether she’s actually doing any talking, that’s another story.

We sit down and have dinner. We laugh, crack jokes, and drink. Then Chris brings out the cake and whips out a pink crown that says, “Birthday Girl.”

Jesus! I wait for Lil to shoot me on the spot, but surprisingly, she indulges Chris and puts on the crown. I can’t help myself. I grab my phone and quickly snap a picture.

She gives me the “
You’re an asshole
” look
,
along with that upward curve at the corner of her beautiful lips. I smile back. “
You know you love me.”
She shakes her head in resignation. I immediately make the picture my screen saver.

Dammit. I know that look. It means she’s up to something I’m not going to like.

“Guess who’s turning the big three-oh this summer?” She nods my way, and my grin fades as hers emerges.

“Yes!” Chris jumps she’s so excited. “Tommy, we have got to plan a huge party!”

Lil has managed to deflect the wrath my way. Payback is a bitch.

After cutting the cake, Chris and I go from happy to hammered, celebrating our little family. Because that is what we have become. We get together for dinner, call each other, and watch out for each other.

It’s thanks to Chris that Lil and I are together. I could never repay her for taking care of Lil while I was busy feeling sorry for myself, and for giving me a well-deserved swift kick in the ass. Chris made me realize my girl needed me. I’ll always love her for that.