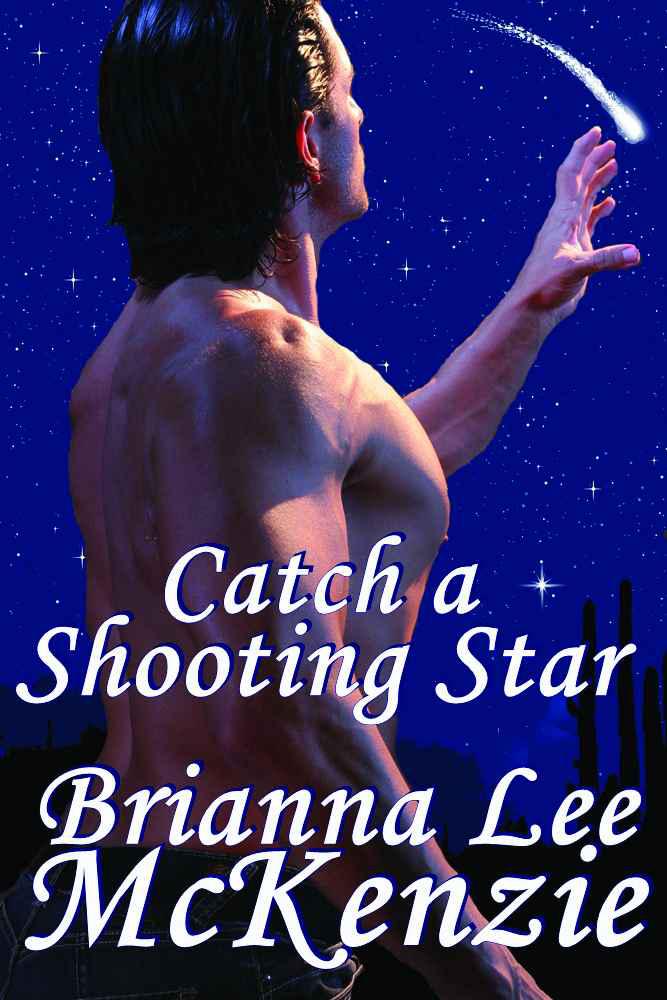 All rights reserved. Except as permitted under the U.S. Copyright Act of 1976, no part of this publication may be reproduced, distributed or transmitted in any form or by any means, or stored in a database or retrieval system without the prior written permission of the publisher.

This is a work of fiction. Names, characters, places and incidents are products of the author’s imagination or are used fictitiously and are not to be construed as real. Any resemblance to actual events, locales, organizations, or persons, living or deceased, is entirely coincidental.

A wave of devastating flames blistered the earth behind him as General William Tecumseh Sherman marched on Atlanta on the fifteenth day of November.  Then he swept eastward toward the Atlantic Ocean in his ambitious endeavor to cut the South to her knees and to make every Southerner suffer for the actions of the malevolent Rebel army.  Railroads were destroyed, nay, uprooted and then bent to his will by source of fire and sheer force of his men until they encircled tree trunks as a symbol to the Rebels that their necks would soon be bound by the ropes of justice.

Like the target of his conquest, communications were severed when telegraph lines were destroyed, cutting that region off from its core and impeding any warning to his next victim of annihilation.  Industrial activity was halted when his minions reduced mills and cotton gins to ashes and then burned thousands of acres of crops, scorching the earth in their wake.  From every farm and plantation, the inhabitants’ food stores were depleted when Sherman’s men killed any livestock that could not be confiscated or consumed by the invading soldiers.  He ordered them to seize vegetables, corn-meal and potatoes to feed the troops on his march toward Savannah, where he met with the United States Navy for more supplies and artillery, which he used to overtake that city.

Although he commanded his men not to enter the dwellings nor trespass any domicile that did not interfere with his campaign, no home, it seemed, was immune to his fury. No family went untouched by his dreadful descent upon this region which, according to many a Southerner, he had declared distasteful and therefore must be cleansed of its loathsome depravity.

Not even the vast plantation known as Robin’s Glen was immune.  Owned by Benjamin Star and diligently worked by many dedicated servants who had been freed many years ago by their master and who had refused to leave him even when their emancipation was proclaimed by the Union government.  Instead, these former slaves endured retribution for their loyalty as they crouched in their homes and then were violently forced to leave the only life that they had known when Sherman and his men plunged upon the plantation.  Distraught, they watched as Master Benjamin and his wife stood against the Union army with rifles raised while their beloved Robin’s Glen was pillaged and then set ablaze.

Five-year-old Savannah Star clung to the collar of her beloved Bessie, a freed slave who had been purchased years ago when the first child was born and who cared for Richard as if he was her own baby and then Savannah when she was brought into the world.  Tears of terror streamed down the little girl’s face as she pleaded with Bessie to make the horrible noise above them stop.  Her frightened violet eyes watched the scant opening of the well that shielded them from the devastation that went on beyond their sanctuary.

Bessie clutched the child to her breast in an effort to quiet the girl’s loud cries, hoping against hope that the men who passed by the well above them would not hear those anguished pleas.  Her own tears fell upon the dirt where she shielded the child with her ample body, praying that no harm would come to the girl who was so precious to her, the child that she loved so dearly that she would give her life for Savannah.

“They’re breaking down the door!” Richard screamed as he clamored down the rope ladder and knelt at Bessie’s side.

“Come here, child!” Bessie enfolded the ten-year-old into her arms as she sobbed into his curly black hair.  “There ain’t nothin’ we can do right now but pray.”

“But, Mother, Father,” he blubbered into her breasts. “They won’t leave the house.  They’re fighting the troops!”

“I know, Richard, I know,” Bessie said to him as she pulled him away from her so that he could see the stern look in her dark brown eyes as she told him, “And they want you to stay down here where it’s safe.  Don’t you go back up there and git yourself caught by them Yankees.”

“Yessum,” Richard said, nodding and then he buried his head in her hefty shoulder and cried.

“Damn Yankees,” she seethed between her teeth as she held onto the children with all her strength.

Try as she might, though, she could not shield them from the screams that tormented them from above the ground that covered them in a coffin of solitude.  The children shuddered each time a shot rang out and they shrieked when their father’s screams for mercy reached their ears.

And when his mother’s scream was audible above the noise, Richard could stand no more.  He tore from Bessie’s arms and ran toward the rope ladder and disappeared into the blackness above.

Long hours of silence prevailed, save for the crackling of burning wood that echoed against the dirt walls of the cave where they crouched.  Finally, Richard’s sullen feet breached the brim of the well and he climbed down to the dirt floor where he collapsed.

Bessie, with Savannah close at her heels, scurried to the boy’s body and held him in her arms, pleading with him to wake up.  When he opened his tear-swollen eyes and parted his cracked lips to reveal the message that was foremost on his mind, he coughed out the smoke that filled his lungs as he breathed dejectedly, “I couldn’t save her.”

“Who?” Savannah asked as she shook his smoldering shoulders.

His head lolled against Bessie’s arm as he fell into unconsciousness.  His limp body lay motionless at her knees as she leaned over him and cried into his clothes.  Savannah grabbed her brother’s shirt and begged him to wake up and when he failed to heed her pleas, she left him in a terror-stricken tirade and climbed up the ladder before Bessie could stop her.

Feeling the scorched earth beneath her bare feet, little Savannah scurried toward the prone body of her father and fell onto him as she beat against his back and beseeched him to come to life.  And as Bessie knelt beside her and tried to pull her from the girl’s father, Savannah fought with all her might against the strength of her nursemaid’s hands.

“No!” Savannah cried angrily.  “He can’t be dead!  He just can’t be dead!”  And when Bessie bent to turn over her master’s body, Savannah fell upon her father’s chest and begged him, “Please come back, Papa, please!”

Then, as if summoned by the Angel of Life, Benjamin’s eyes fluttered and he groaned against the pain of the bullet in his side.  He looked at his daughter and then at Bessie, whose own face showed her gratitude for her master’s revival.

“Madeline,” he whispered his wife’s name as he tried to roll to his side to see the mansion engulfed in flames.

“She’s gone, Master Ben,” Bessie whimpered as she held him to the ground to keep him from running into the smoldering house and told him, “Ain’t nothin’ you can do for her now.”

Great sobs of sorrow racked his body as he pulled his little daughter into his arms and held her as if no other being on earth could fill the void of losing his wife.  Together, father and child melted into each other as grief took over and overwhelmed them with its merciless onslaught.

Later, when he was bandaged in the servant’s cottage, he lay next to his son on a cot only large enough for one.  But he refused to let Bessie take the boy from his side as they huddled on the mattress and healed.

Little Savannah helped Bessie as much as she could and, it seemed to her nursemaid, the child grew up that day, right before Bessie’s eyes.  The girl did not cry anymore, not even when they laid her mother to rest.  She did not weep, but turned her sorrow into anger, into sudden outbursts of fury that she wielded at any who caused her pain.

When Father was well again and Richard’s body had recuperated, although he was prone to pneumonia for the rest of his short life, and when the mansion was rebuilt, Savannah vowed in her little girl voice and a stamp of her tiny foot that no one would ever cause her to cry again without being punished.

The War ended and the Union was mended, but sore feelings still transcended upon the states that had seceded and then had been welcomed back as if nothing had come between them.  And as time drifted by, bitterness continued to loom in the air like a brewing storm, both in the southern states and within Savannah’s heart.

For her, every day that succumbed to the night’s dreadful dominion was thankfully transformed to its former glory, bringing with it a promise of favorable days to come.  And the pledge that the recurring rising sun assured her each morning when it winked its golden glow upon her upturned face was her guarantee that even in the darkness of distress, a bright new day would soon reappear.

The Shadow of the Progenitors: A Transforms Novel (The Cause Book 1) by Randall Farmer
Unknown by Unknown
Bishop's Man by Macintyre, Linden
Love at the Speed of Email by Lisa McKay
Outnumbered (Book 6) by Schobernd, Robert
Turn Up the Heat by Kimberly Kincaid
Dead Eyed by Matt Brolly
Claimed: Death Dealers MC Book 3 by Sapphire, Alana
The Portrait by Hazel Statham
A Rose for Melinda by Lurlene McDaniel