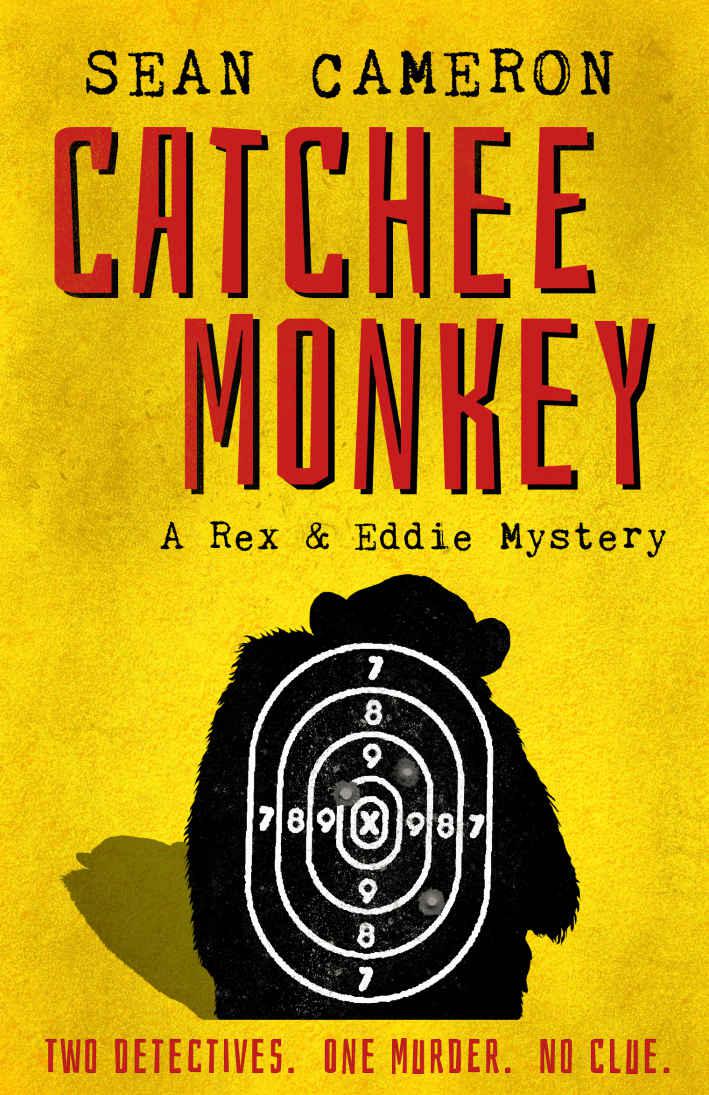 The author greatly appreciates you taking the time to read this work. Please consider leaving a review where you bought the book, or telling your friends about it, to help spread the word.

“Cloisterham, an OK place to live.” That was the town’s actual slogan in 2007. A disgruntled employee slipped it past the local council’s review, and it was printed on every road sign, public building, and all official stationery.

Due to budget restrictions, the council waited until the next year to fix it; even then the new stationery had to run out before they adopted a new slogan. Since the majority of the town’s population grew accustomed to the motto, it was changed to the equally true “Cloisterham, a place to live.”

The town centre was a postcard-worthy Victorian high street. The cobbled road was lined with wonky historic shops next to a well-preserved medieval castle and the second oldest cathedral in England. Beyond that lay a sprawling urban collection of neighbourhoods. Some seemed quite palatable, but Cloisterham had its fair share of roads it would be best to avoid walking down.

Harold, a simple cleaner waiting for retirement, lived on the edge of a road no-one wanted to walk down, but he worked on the high street, the industrial end not the postcard pretty end. He liked the town’s slogan because it was simple and direct, which he always appreciated. He took the cleaner job because the description was short and clear, plus it was such little work for the money he felt like a thief.

369 High Street was four Georgian houses joined together to create a makeshift office rental space. It was a pretty cramped space with narrow stairs and a thin corridor. The tenants would grumble about the space, but for Harold, it meant there was less to clean. He’d sweep the stairs, mop the floor, clean the bathrooms, and empty the wastepaper baskets on a daily basis. When a tenant moved out, Harold would give the office a deep clean, at the expense of their deposit, of course.

Every morning, Harold was the first one in the building, until one Tuesday when he found an office door left ajar and the light on. He approached the unit and pushed the door open. On the floor lay a body with half a head. The other half was sprayed across the hardwood floors and up the wall. Although his contract never explicitly stated so, Harold knew the clean up would be his job.

When it came to the police report, he also described a sprinkling of brains across the desk. He wasn’t suggesting the brains had been deliberately sprinkled across the desk, he was sure they just landed there. He just liked it when cooking shows added an ingredient and called it a “sprinkling.”

The police asked Harold if he’d seen anything else. He mentioned the “dash” of teeth in the corner.

“Did you see anyone come in or out that could have done this?” the Detective Inspector said.

“Did you know the victim?”

“Can you tell us anything about him?”

“I know he won’t be getting his deposit back.”

Being short in stature, though not enough that anyone noticed straight away, Eddie Miles never forgot to wear his hat to work. At The Octagon Shopping Centre, a rundown building filled with discount stores and knock-off shops, it was important to give off an air of authority.

The other security guards didn’t have his prim and proper nature, but Eddie felt it was his duty to look like an imposing foe to the potential shoplifter. The hat helped. It was the tactic of the blowfish, but Eddie wasn’t ashamed; after all, it worked for the blowfish. He only took it off for lunch breaks with his girlfriend, Melinda.

On his lunch hour, he collected Melinda and grabbed a Scotch egg at the bakery. She was a petite girl with a go get ‘em attitude. She sold shoes at The Octagon, which was perfect for her because she was decisive. She picked shoes that helped people make a statement about themselves. Eddie and Melinda sat at a bench, and she took a bite of her tuna sandwich.

Eddie chewed and swallowed his Scotch egg. He hated to talk with his mouth full, no matter how awkward the wait was.

“Oh, phew.” Eddie motioned a wipe of his brow. “I thought you were getting rid of me.”

“You’re not making me feel heard. I am getting rid of you.”

“I’m assistant manager now, but you, you’re a security guard. You’re not doing anything with your life. I need an exciting go-getter. I need someone that’s going places. Look at your shoes, they’re not the shoes of someone going places. They are square, dull, shoes.”

“You said they were perfect for me.”

“You’re breaking up with me ‘cause of my shoes?”

“It’s what they represent. You never take any risks. You never surprise me. You even eat the same lunch every day. You never want to go out. Its like, you’re boring, you don’t really have a sense of humour, your voice is a bit annoying
—
”

“All right, all right, I understand. I’m not going anywhere.”

After lunch, Eddie joined Rex on the mezzanine floor and watched over the shoppers. Rex Milton was shaggy-haired and sported round glasses, his light step and playful smiles gave off a friendly, child-like innocence. He was six-foot-tall without a hat, but shoplifters weren’t scared of him.

Eddie ranted about his break-up but Rex was so interested in a muddy footprint he didn’t hear a word, and crouched to inspect the print. Eddie noticed he’d lost Rex’s attention and wondered if he really was boring.

“Today’s the day, Eddie. Today we solve the mystery and find the culprit with the muddy shoes. From this day on they will warn others of the time they were busted for making weekly visits without wiping their boots at the door.”

“No, it’s not. Today is the day we stand here with no trouble.”

“Trouble is everywhere, Eddie. You’re just not as observant as me.”

“I wanted to stop that shoplifter the other day, and you wouldn’t let me because you didn’t see it.”

“Because the shop didn’t see it. Unless they report it to us, over the radio, our orders are to stand here.”

“And watch them leave with their loot?”

“The watching is optional.”

“Sorry, Rex. Unless it’s reported, we have to wait for them to steal something out here in the walkway.”

“But all the stuff is in the shops. This is boring.”

“You’re telling me. By the end of my first day, I was bored enough to count the sides of the building.”

“If you count them, it’s actually seven.”

“So why is it called The Octagon?”

“It’s a mystery. I’ve asked around but no one knows. My theory is the owners realised nobody knows what a heptagon is.”

“You’re right, it’s a rubbish mystery. No chase, no suspense, no femme fatale.”

“Femme fatales don’t live in a town like Cloisterham. As for fast car chases, you’d be lucky to reach thirty miles an hour in rush hour.”

Rex was adamant he’d solve a crime one day. At this point in time, finding the offender with the muddy footprints suited his needs. Rex stuck his finger in the mud. He raised the finger to his face, gave it a sniff and licked it.

“Why would you do that?”

“Stop it, Rex. A dirty floor has nothing to do with us.”

“It’s a form of vandalism. I’m so close to finding the perpetrator. I’ve been to all the shoe stores and narrowed it down to two possible boot footprint patterns.”

“Both footprints are only available at Melinda’s shoe shop. We know where they shop.”

“I don’t want to talk about Melinda or the shoe shop. Plus, they’ve already bought the boots. You’ve found the one shop they don’t need to go in.”

Eddie observed the muddy print. “I don’t think they care about how clean the boots are.”

“Come on Eddie, this is important, we have to up our game, take on the uber-criminal. Be uber-secure. Could be an uber-pay rise in it.”

Uber was Rex’s word of the day. He’d hear a new word from time to time, usually from his friend Jim Jams, and shoehorn it into as many conversations as possible. It mostly irritated Eddie, other times he learnt something new, not that he’d admit it.

“Fine, I don’t need the boot print,” Rex said. “I can tell who’s a crook or not with my gut instinct.”

“OK, what about those two?” Eddie pointed at a fragile old lady confused by the shopping centre map, and a hooded teenage boy who skulked about the mezzanine.

“Is that your final answer?”

“Of course, what else does she need a big bag for? I bet it’s for stealing.”

They shook on it. As Rex marched towards the poor woman, Eddie realised what a mistake he’d made, and all the blood left his head.

Rex tapped the poor pensioner on the shoulder. “Sorry to bother you, madam.” Eddie ran between them. “Excuse me Eddie, I’m talking to the elderly lady.”

The old woman crossed her brow. “I beg your pardon?”

“Her hearing must be going.” Rex shouted: “I will need to check your bag, madam.”

Rex delved his arm into her bag. She wrestled it away until Rex pulled out a prescription bottle.

“What’s this? Drugs? Pushing pills on my turf, are we?”

Eddie yanked the bag from Rex. “Just give it back to her.”

They both tugged back and forth until Rex let go. Eddie pulled so hard he fell back on his arse. The bag flung across the walkway. The hooded teen spotted earlier scooped the bag up and bolted.

The pair jumped up and bolted after the hoodie.

The thief rushed past a shop display and knocked it over. Toys spilled all over the floor. Rex and Eddie navigated themselves around the falling debris, but Eddie slipped on a Pokémon ball and crashed into a skateboard display.

The Great Cholesterol Myth by Jonny Bowden
Reign of Madness (Revised Edition) by Kel Kade
Convictions by Maureen McKade
Home is Where the Heart Is (Home #1) by Cheynee Filkov
Love Tap by M.N. Forgy
Trace: Follow His Destiny by Jana Leigh
Dolmarehn - Book Two of the Otherworld Trilogy by Jenna Elizabeth Johnson
The Book of Daniel by Z. A. Maxfield
Bohanin's Last Days by Randy D. Smith
Hopper by Tom Folsom