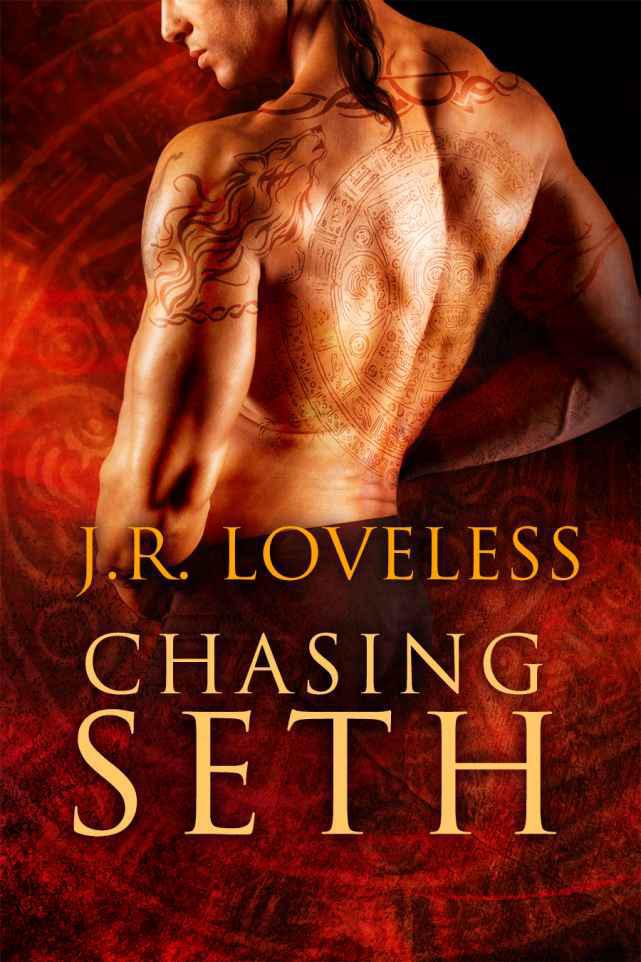 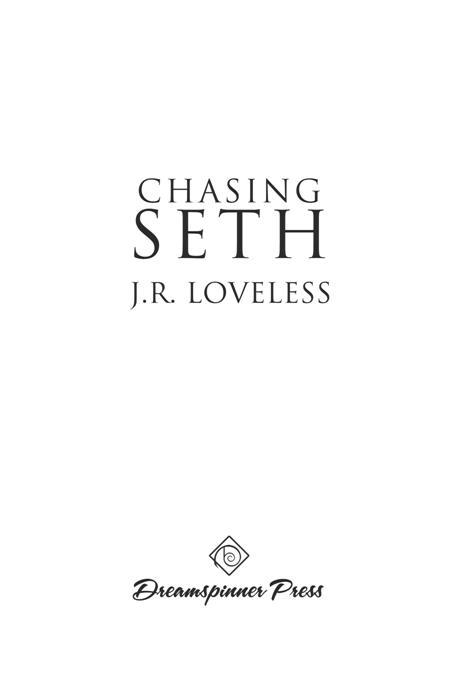 the strongest, bravest, most beautiful woman I know.

“There is in every true woman’s heart a spark of heavenly fire, which lies dormant in the broad daylight of prosperity; but which kindles up, and beams and blazes in the dark hour of adversity.”

Seth Davies
stared up at the front of the clinic in front of him, a satisfied smile lighting up his soft features. It’d taken six weeks to finalize everything for the sale, and he could barely wait to get started. Senaka, Wyoming, was exactly the kind of place he needed to be able to heal.

His mind automatically slammed the door shut on those memories, and he sighed as he entered the front of the clinic. The receptionist, Chessie Fox, stood behind the counter, talking on the phone. She smiled welcomingly at him, and he gave her an equally warm grin in return.

“Good morning, Chessie,” he said as he walked toward her desk.

Chessie dropped the phone back into its cradle after bidding the person on the other end good-bye. “Good morning, Doc. Your first appointment is already waiting for you in Exam Room One.”

“Do you have—?” he started to ask when she handed it to him. Seth liked her. She was efficient, friendly, and very outgoing. He also thought her to be very pretty, with her dark olive-toned skin, dark-brown eyes, and long dark-brown hair. Chessie was Cheyenne and looked every bit of it. If he had found women attractive, he definitely would have taken an interest in her. “Thanks, Chessie, for deciding to stay on with me.”

“Oh, it’s no problem, Doc. I like working here, and I’m glad that you wanted me to stay!” Chessie exclaimed. Her heart beat hard against her chest at the gorgeous man in front of her desk. He was absolutely beautiful: a slender face with a slightly pointed chin, dimples deep as oceans, his eyes just as blue, and thick hair so black it looked almost unnatural. Seth kept it in a neat cut, slight tendrils brushing the nape of his neck. The top of her head just reached his chin. What really fed her lust for her boss was the single earring that dangled from one ear. A sterling silver feather no longer than the width of a penny twinkled at every move of Seth’s head.

“Well, I’m still grateful you decided to stay. I wouldn’t even begin to know where to look for the files or know who Dr. Redfern’s clients were.” Seth glanced down at the name on the folder, opened it, skimmed over the contents of the animal’s history, and then looked back at her. “Is my day full, Chessie?”

“Mostly, Doc. You have a gap between appointments around one and three, though. But you never know around these parts. Folks have animal emergencies quite often.” The phone rang, interrupting anything else Chessie would have said.

Seth wandered into the examining room, smiling at the older woman and noting the small poodle on the table. “Hello, Mrs. Whitedove. I’m Seth Davies, and I guess this would be Samantha?”

The woman smiled back at him, her eyes studying him intently and almost causing him to squirm. He felt certain Mrs. Whitedove would also be able to claim Cheyenne as her background. Most of the residents of Senaka were Cheyenne, so it was a pretty safe bet for him to make. Her face looked weathered but wise. Deep lines traced her heart-shaped face, and gray had started to streak through her black hair. He had a mere few inches on her in height. “Heard Doc sold his practice. You’re a bit young, aren’t you, Doc?”

“Oh, please call me Seth, and I may look young, but I am quite experienced at taking care of these little guys,” Seth said with confidence, moving closer to the table the dog sat on. A pretty, shockingly white poodle, she whined at him and licked his hand. “What seems to be the problem with Samantha, Mrs. Whitedove?”

“Well, she’s been off her food lately. She won’t eat and doesn’t even play with her toys,” Mrs. Whitedove explained, her eyes clouding over in worry and concern.

Seth scratched the poodle behind her ears before putting the earpieces of his stethoscope in and placing the chest piece against the poodle’s chest. His eyes slipped closed as he listened to her heart. The sound of a minor irregularity caused him to frown. His free hand smoothed over the poodle’s side slowly, gently. The poodle whined again, pressing closer to him.

Mrs. Whitedove watched in fascination at the emotions that flitted over the doctor’s features. Concern had been evident at first, but it slowly dissipated to a peaceful, almost serene countenance. “Is everything all right with Sam, Doc?” Fear weighed heavily in her voice.

He didn’t respond right away. A tiny drop of sweat broke out over his forehead, but then his eyes opened. He gave her a strained smile. “She’ll be fine, Mrs. Whitedove. She just has a bit of upset stomach. I’ll give you some Pepcid AC for her, and you may want to adjust her diet for the next couple of days to help with the nausea and the discomfort she’s feeling. Just some plain rice and a bit of chicken without the skin. Why don’t you take Sam into the waiting room, and I’ll get that for you right away.”

Mrs. Whitedove gave a sigh of relief and smiled enthusiastically at him. “I’m so glad, Doc. I was frightened something was really wrong with her. My son, Kasey, bought her for me as a gift after my mother passed away.”

“She’s going to be just fine,” Seth murmured, stroking the dog along her nose briefly. His fingers gripped at the edge of the exam table until his knuckles turned white as he waited for the woman to leave the room.

The instant the door closed behind her, he raced into the back toward the bathroom, where he promptly vomited into the toilet. A dark substance stained the white porcelain as he slumped down onto the floor. He rested his forehead on his folded arms across the seat, waiting for the shakiness and dizziness to fade. When he finally felt he could stand without falling over, Seth pushed up from the floor to go fill the prescription for the poodle.

Chessie stood talking to Mrs. Whitedove when he exited the back. He handed the small bottle to Chessie. “Just give her a half in the morning for the next five days, and she’ll be just fine, Mrs. Whitedove. If you have any questions or concerns, please feel free to call me. My cell number is on my card. I’m available anytime you need me.”

“Thanks, Doc,” she said, smiling, paying Chessie before walking out of the clinic with a very happy bounce to her step. Seth smiled weakly after her.

Chessie gave him a worried look, coming around to place her hand on his shoulder. “You all right, Doc? You look a little pale.”

“If you’re sure,” she replied uncertainly. “Your next appointment should be here in just a few minutes.” Her gaze was troubled as she watched him go into his office at the back of the building. She could sense that he hadn’t been completely honest with her.

Seth sank down into his desk chair, leaning his head on the desk in front of him. His eyes closed as he struggled to gain control of his body. It wasn’t but a few moments before the intercom buzzed and Chessie let him know his next appointment had arrived. Taking a deep breath, he stood, walking into the front to grab the file he needed.

By the end of the day, he felt exhausted and wobbly on his feet. Chessie left an hour before he did, and he was just about to lock up for the night when he heard the bell above the door tinkle. Sighing, he stepped into the hallway from his office, stopping short when he saw the most gorgeous man he’d ever laid eyes on standing there.

The man was the walking epitome of sex. Black hair, held back from his face, shone brightly in the overhead lights. Strong, high cheekbones and a firm, rounded chin gave him a rugged appearance. The olive-toned skin clearly showed his relation to the other locals. He stood at least six feet, with big, wide shoulders that could surely hold a mountain of weight on them. A sheriff’s uniform hugged his muscular body in all the right places.

Swallowing hard, Seth walked toward him, a slight smile on his face. “Is there something I can help you with?”

Instantly, a hostile look came into the dark gaze staring at him. “You’re white,” the man snapped.

Seth lifted an eyebrow at the man. He decided right then he didn’t really like him. He peered at the tag on the uniform, eyes widening slightly at the name. “Gee, I’m glad that’s been sorted out. Now my confusion has cleared. What can I help you with, Sheriff Whitedove?”

A scowl settled between the elegant arched eyebrows. “Doc never said he was selling to a white man.”

The small smile that had been on Seth’s face had died long ago. He could tell the man was a prejudiced bigot. “Look, you’re obviously not happy about the fact that I’m not Cheyenne, but you’ll have to deal with it, because I can’t change who I am,” he ground out, very angry suddenly. “Now, is there something you needed, or are you just going to stand there all night telling me I’m white? I’m exhausted and would like to go home.”