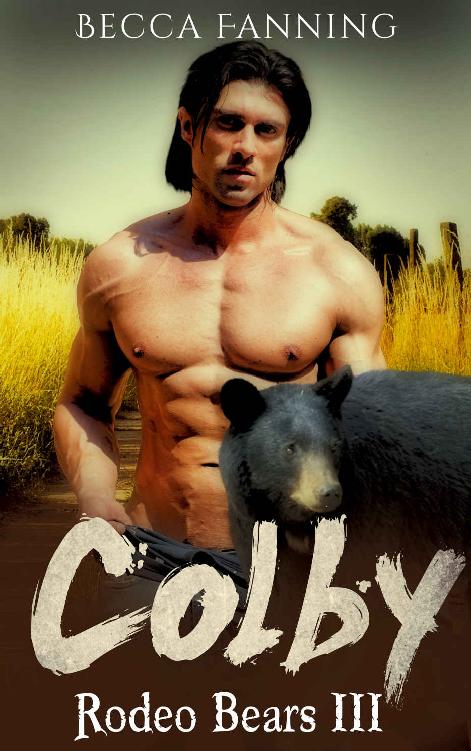 Thank you for supporting my work. I hope it’s as much fun to read as it was to write. This is the special Kindle Unlimited version of Jackson. After you’re done reading it, you can continue to read almost every other story I have on Amazon. I’ve included them for free for you. Just keep turning pages as long as you like.

Also, if you sign up to my newsletter, I’ll send you five exclusive stories that you can’t get anywhere else!

Gemma Thomas had no intention of going to the rodeo.

She loved to hike in the foothills but not in the dead of summer.

Most of the time she didn't hike long enough or go far enough to need to carry water.

She was just as happy strolling by the Truckee River in one of the downtown parks.

The city aspect of Reno was nice.

Mucking around in the dirt and dust wasn't part of her lifestyle.

She'd grown up around cowboys.

She'd grown up outside of Winnemucca, Nevada, not even in the town itself but on her father's ranch.

After that, as an adult, she'd become – in her opinion – civilized.

That was her theory.

Most of the men who lived in Reno drove normal cars (not beat up, full size farm trucks), wore normal shoes (not cowboy boots that just might reek), dressed like they understood the century they lived in and the society around them.

They worked out in gyms.

Add a rodeo and drop men she was acquainted with into that picture, men she knew from jobs and friendships, otherwise reasonable men who lived in metropolitan areas. They suddenly start chewing tobacco, spitting, drinking beer from a can, wearing cowboy boots and calling the women around them
darlin'
.

No way she was going anywhere near all that.

Gemma moved from her daddy's ranch outside Winnemucca the minute she turned 18.

She wasn't looking to go back.

She moved, she lost the horse droppings under her boots and started wearing sandals and heels.

She graduated college and got a job at the newspaper, worked her way up to lead freelance writer for a lifestyle magazine, an upstart startup that Marla the editor liked to call it because it was a glossy hard copy in the age of e-magazines and the post-recession collapse of so many magazines.

Gemma had a college education, a condo in a downtown high-rise (a converted casino, very trendy), a Mitsubishi Spyder convertible, and she freelanced, writing articles for a living.

No roping of calves.

No riding of bulls.

So Marla assigned her the stories about the rodeo.

"This is not happening," Gemma muttered, stepping over horse droppings outside the fairgrounds convention center pavilion and trying to convince herself she wasn't really there and that the sights and smells all around her didn't remind her of home.

Anyone could like the smell of hay under the late June sun, right?

When she wrote freelance articles for what was essentially the last business magazine in the state, she did interviews by phone.

She wrote for a local foodie magazine and the lifestyle magazine and she usually didn't have to go anywhere – phone interviews worked just fine.

Phone interviews would have kept the sun off her shoulders and the hay out of her nose.

All around here there were mud splattered horse trailers and people in snap-button shirts and huge hats.

There were cowboy boots and cowboy voices filling the air and the peculiar and familiar feeling of hot sun giving way to the shadowed heat of barns.

Marla gave her the assignment to write one of the cover stories, a feature on Wally Wold, buckingest bronco breaker or some title like that. Gemma had called expecting a friendly conversation during which they'd set a day and time when she could call for the interview.

She would put her phone on speaker, turn on her trusty cassette recorder, look out the window at the city and interview Mr. Wold.

Mr. Wold had other thoughts.

But my schedule's pretty hit or miss.

Never know how a rodeo's going to go.

I'll leave tickets for you at the box office."

She could call him before hours.

At the tail end of the rodeo.

He'd countered with morning chores and warmup, evening beers and cooldown, and the fact that the instant the show was over everyone hit the road for the next venue, as well as developing some kind of amnesia about recent events unless they'd won big time.

He cut the conversation short and told her he would leave tickets.

She could pick them up and he'd meet her at five o'clock on Saturday afternoon and if she wasn't there, he'd assume she didn't want the interview.

When she started to ask one more question, the line went dead.

He'd hung up on her.

Marla had called right after that.

Gemma was still staring at the phone.

"Hon, long as you're going to the rodeo, I've got a second feature for you."

"Who said I'm going to the rodeo?

I do most of my interviews by phone."

Marla barked out a laugh.

He's delightful and impossible and infuriating.

And he doesn't do interviews by phone.

You're going to the rodeo."

"You know how I feel about this."

Gemma heard the whine in her voice.

"Suck it up, buttercup.

"Apparently it's not one story," Gemma said.

"Didn't you just say 'as long as you're going to the rodeo, I have a second feature for you?'"

"OK, OK, it's two stories but one trip if you arrange it right.

Gemma was silent for a minute.

Then, "Senator from Utah?"

She could hear Marla breathing right before she said, "What?"

This is Owen Hutch."

That cleared things up.

Even the light seemed different.

As if the sunlight off the hay tinted the world a funny gold.

Growing up outside Winnemucca, Gemma had seen the afternoon light look like this for long, hot summers.

A haze hung in the air, made up of tiny flying insects and bits of hay that spun suspended.

Dust blew up under her feet.

A Saucy Murder: A Sonoma Wine Country Cozy Mystery by A. J. Carton
Then She Was Gone by Luca Veste
Catch My Fall by Wright, Michaela
华胥引（全二册） by 唐七公子
Hale's Point by Patricia Ryan
The Magician's Wife by Brian Moore
The Evil Hours by David J. Morris
Shelter by Tara Shuler
Playing the Whore by Melissa Gira Grant
Ten Tales Tall and True by Alasdair Gray