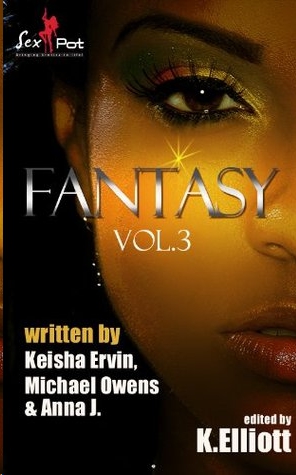 All rights reserved. No part of this book may be reproduced
or transmitted in any form or by any means, electronic or
mechanical, including photocopying, recording, or by any
information storage and retrieval system without the written
permission from the publisher or author, except for the inclusion
of brief quotations in a review.

This is a work of fiction. It is not meant to depict, portray or
represent any particular real persons. All the characters, incidents
and dialogues are the products of the author’s imagination and
are not to be constructed as real. Any resemblance to actual
events or person living or dead is purely coincidental.

Opening her eyes, thankful for another day,
Sharice Cummings arose ready for war. Knowing
that it was going to take a mountain and a mole
hill to get her kids up and ready for school, she
headed down the flight of steps to the kitchen.
Twisting open the window shade, she gazed out
and welcomed another dreary day. Fed up and tired
were not the words to describe the way she felt. It
was almost five years since her divorce from her
children’s father, Lester, and nothing in her life had
changed.

Everyday the routine remained the same; wake
up, cook, kids, work, cook, clean, kids, sleep.
The order was always the same. Life for her ex,
however, seemed to be getting better and better.
After dedicating thirteen years of her life to him
and their children, he up and left her for none
other than her best friend, Tammy. Now, happily
married, he and Tammy live in a $700,000 home;
he has been promoted to partner at the law firm;
and Tammy is pregnant with their first child.

T
hem hoes on Desperate Housewives ain’t got
nothing on me.
She smiled. With hopes of getting
a minute or two of, more sleep she folded her arms
across her chest and closed her eyes. Only the
sound of coffee drips draining from the filter filled
her mind. Instead of sleeping, she found herself
counting each drop. Still groggy and yawning,
she headed back upstairs with her cup of coffee.
Inhaling deeply she stood in front of Mason’s door,
her eighteen-year-old son and prepared for war.

Placing her ear to the door, she listened for
any sound of movement being made. Not hearing
any, she rolled her eyes again and headed to the
bathroom for her morning shower.

Towel-drying her hair on the way out of the
shower, she checked the clock; it read 6:09.
Grabbing her robe, she slid into it and tied it gently
around her waist.

Staring at herself in the full-length mirror, she
made a mental note to lose five pounds. Marching
past Mason’s room, she yelled for him to get up
once more. Beating on Mya’s door, her twelve-
year-old daughter, Sharice called out for her to get
up as well.

Waking Mya up was never a problem; it was her
slowness and lolley-gagging that drove Sharice
crazy. Twenty minutes passed and everyone in the
house was up and running around. Standing in front
of her walk-in closet, Mya couldn’t make up her
mind on what she wanted to wear. Catching her as
she walked by’ Sharice yelled, “Quit pussyfootin’
around, girl, and come on!”

“I ain’t got nothing to wear,” Mya yelled back.

“Mya all them clothes in that closet and you
can’t find nothing to wear? Girl, you better quit
playin’ wit me and come on!”

Checking her watch Sharice noticed that she
had only fifteen minutes to get Mason to school.
“Mason are you dressed yet?” she shouted as she
walked past his room putting makeup on.

“Yeah, but I can’t get in the bathroom, ’cause
yo’ slow-ass daughter is in there.”

“You ain’t gon’ look no better so hurry up,”
Mason said while beating on the bathroom door.

Swinging the door open, Mya pushed him in the
chest. Yanking her by the arm, Mason grabbed the
back of her neck and put her in a headlock.

Easing his grip on her neck, Mason let her up,
only to kick her in the butt.

“Momma, Mason called me a ho!”

“Mason, I’m gon’ beat yo’ ass if you say one
mo’ cuss word in my house,” Sharice yelled while
putting on her heels.

Another five minutes passed by and they still
were no closer to being dressed and ready to leave.
Besides getting the kids to school she had an eight-
o’clock meeting with a couple looking to buy a
home. Sharice was a realtor and a damn good one
at that. She sold real estate to some of the richest
people in the Show Me State.

Sharice loved her job. Everyday she got the
chance to see how the other half lived. Sometimes
she would catch herself gazing at the homes,
wishing that one day, she would have one of her
own. She told herself that one day she would be
able to afford her dream house. Only being in the
business for a year and a half, Sharice had already
sold more than forty homes.

Besides her job, her kids filled up her life. To
Sharice, her life was complete; she had no room
for anything else. She would sometimes have
drinks with the girls, but that didn’t happen too
often. And a man, what about one? Sharice hadn’t
been around one of those in years.

The betrayal, mixed with heartache that Lester
had left behind, nearly killed her. After talking
to a psychologist, her wounds healed, only to be
reopened. Three years after her divorce and Sharice
had finally gotten the courage to date again.

Her first time out in years, she lucked up and
met a fine gentleman by the name of Nathan. He
approached her with a slick-ass line and she fell
for it, hook, line, and sinker.

He told her he was a journalist for one of the
local news-papers, and that he had no children of
his own. He told her he was engaged once but it
was called off after he caught his fiancée in bed
with his best friend. To Sharice, Nathan seemed
to be heavensent. Not only had they suffered
humiliation and heartache at the hands of a loved
one, but she found him to be funny, smart, and
sensitive. Sharice found him so appealing that
after their third date they wound up at the Holiday
Inn together. Sharice hadn’t had sex in years, and
her body desperately needed to feel a man on top
of her.

They weren’t even halfway in the door before
she began to rip into his clothes. Picking Sharice
up, Nathan palmed her ass and carried her over to
the bed. Lying on top of her, he caressed Sharice’s
body from her head down to her feet. Lifting her
left leg up, he fondled her toes with his tongue.
Laughing and moaning at the same time, Sharice
smiled. Locking eyes with her, he circled his tongue
around her baby toe and sucked.

Inhaling slowly, she bit down into her lower lip.
Sharice could have sworn that she saw the stars,
the sun, and the moon spinning above her. Swept
up in the moment, he massaged her feet while
trailing kisses down the inner part of her thighs.
Reaching her knee he stopped. Lifting her up,
Nathan unzipped the back of her dress. Standing
back, she let him watch, as her dress hit the floor.
Sharice wanted him to see that even though she
was thirty-five, she still had it going on.

Admiring her honey-colored skin, he gently
placed Sharice back onto the bed and turned her
over. Pulling her lavender Victoria Secret panties
down, he massaged her buttock. Slipping his
tongue between her ass cheeks, he slid his tongue
up the crease of her ass. Playing with her hole he
licked until she bucked from pleasure.

Resuming his kissing game with her thighs
allowed him to familiarize himself with the areas
that hadn’t been awakened in years. Wanting him
to taste her, Sharice spread her thighs as far as they
could go. Getting the hint, Nathan placed her on all
fours and lay underneath her opened legs. Holding
her creamy thighs, he lifted his head up and sucked
her pearl-shaped clit.

“Oooh…just like that,” Sharice panted, holding
onto the sheets.

“Yeah,” she squealed as he flicked his tongue
across her clit faster.

Scooting down some, he spread her labia even
wider. Tasting her juices, he let them slide down his
face. Teasingly Nathan inserted his tongue inside
of Sharice, while lapping up her juices, drinking
over and over again.

“You like the way I taste, Baby?” she asked.