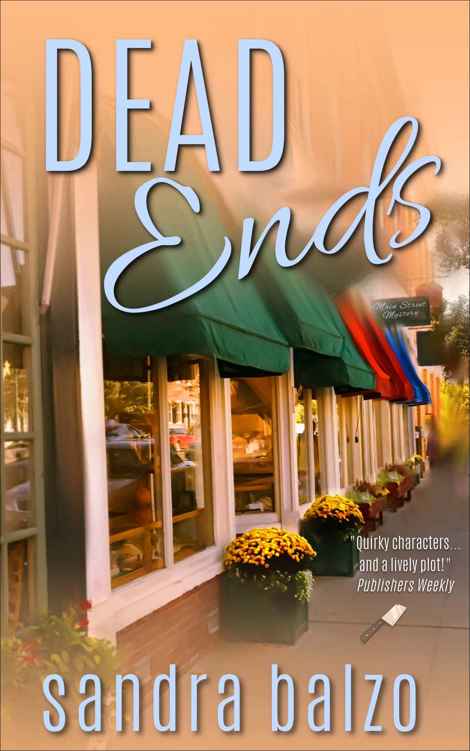 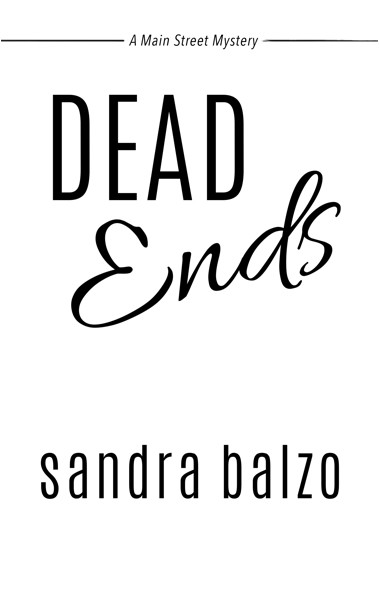 This ebook is licensed to you for your personal enjoyment only.

This ebook may not be sold, shared, or given away.

This is a work of fiction. Names, characters, places, and incidents are either products of the writer’s imagination or are used fictitiously and are not to be construed as real. Any resemblance to actual events, locales, organizations, or persons, living or dead, is entirely coincidental.

No part of this work may be used, reproduced, or transmitted in any form or by any means, electronic or mechanical, without prior permission in writing from the publisher, except in the case of brief quotations embodied in critical articles or reviews.

‘But that’s what Daisy said to do,’ Joshua Eames insisted, blue eyes wide and innocent against his tanned, angular face, as he used his work boot to sweep away a brown long-legged spider that was angling toward them.

While AnnaLise Griggs was prone to believe the young man – and grateful for his intervention with the creepy-crawler – his boss apparently wasn't buying it.

‘If you're going to kill the thing, Josh, kill it.' Fred Eames, Josh's father and proprietor of Eames High Country Builders, stomped hard on the still wriggling spider as it to make his point.

Eames was tall and muscular like his son, but with a belly more like a keg than a six-pack. Just a quarter-barrel for now under the blue plaid shirt, but AnnaLise was betting he'd be up to half-barrel girth by the time he hit fifty if he kept putting away hunks of breakfast coffee cake like the one he delicately set down on the cross-piece of a sawhorse. 'Why do you think I give you written orders?'

Mr Eames picked up the orders in question, a yellow-tissue carbon of Eames company letterhead stapled over a drawing and, below that, a memorandum. ‘I told you before, son. You don't change nothing – for Mrs Daisy Lorraine Griggs or nobody – without talking to me first.’

The memo at the bottom of the stack was courtesy of AnnaLise. The twenty-eight-year- old journalist might not know
how
to do what she wanted done, but that didn't stop her from outlining the end game – basically running electricity to her mother's ancient two-car garage and installing new twin garage doors and openers.

A simple thing, not perhaps worthy of the three double-spaced, spell-checked pages, except that the finished job had to satisfy the detailed, exacting specifications of not only her mother – the Daisy in question – but also Daisy's neighbor and co-garage owner, Mrs Peebly.

A police reporter in Wisconsin, AnnaLise had taken a leave of absence from her job until the end of the month – that month being September and today already the twelfth – for ‘personal business’ in her hometown of Sutherton, North Carolina.

But whether in the upper Midwest or the mountains of North Carolina, AnnaLise's exposure to the legal system in general – and one Wisconsin district attorney in particular – had taught her to lay out her expectations in clear, unambiguous terms. Especially important in this case, since AnnaLise might well be leaving the state before the job was completed.

In fact, if Daisy's lab work came back OK and the appointment with the neurologist . . .

AnnaLise registered that Josh was speaking to his father. ‘Daisy said didn't I think one big door instead of two—’

The ‘boy’ – though Josh had to twenty by now – flushed.

Not that the elder seemed to notice. ‘Were you “thinking” last week, when you put up that DETOUR sign ’stead of the DEAD END one and nearly sent half a dozen cars off the side of Big Sweet?’

Big Sweet was Sutherton Mountain's highest ski run, forming a vertical gash in the trees that covered the southern face of the mountain.

But Big Sweet aside, AnnaLise didn't like Eames bullying his son – especially if Daisy's increasing mental confusion may have been the indirect cause. ‘Now, Mr Eames,’ she interrupted, consciously weaving a bit of her native south back into her tone, ‘I don't think there's any cause to blame Josh for this little misunderstanding.’

‘Little misunderstanding?’ Eames repeated, removing his cap. ‘Tell that to your mama's friend, whose deck we were working on at the time. Ida Mae Babb nearly had a brand new junkyard for her view, ’stead of the ski slope.’

Nestled in the Blue Ridge Mountains, Sutherton was closer in both distance and general attitude – not to be confused with
altitude
, though this was true as well – to the mountains of Tennessee and Virginia than it was to North Carolina's own beaches and golf resorts.

‘You see that?’ Mr Eames pointed at the irregular chunks of mortar and cinder block littering the sidewalk in front of the shared garage. ‘If I hadn't checked on this, that whole garage would've come tumbling down.’

‘Now that's not exactly true,’ Josh said, as the double-beep of a text message came from AnnaLise's phone somewhere in the nether-regions of her purse. ‘There's a big old steel beam running right across the tops of those doors, so I was thinking – ’

‘Enough!’ AnnaLise, having dug out her cell, checked it and unceremoniously dumped the thing back into her bag. ‘I have an appointment in Boone. You two figure this out. Civilly.’

She eyed Eames, then Josh.

Josh nodded, but Eames looked like he was going to protest.

Time to be straight with the man. ‘Can I have a word with you alone, Mr Eames?’

The boss hesitated. He looked like he'd prefer to keelhaul his son, but then he tipped his head toward Josh. ‘Go get the big flashlight out of my truck so we can see up in that garage. Damndest thing to build somethin' even forty years back without putting in electricity. It'll cost an arm and a leg to add, especially with that Scotty doin' it, though I don't see there's a choice.’

Josh safely out of sight, Eames turned to AnnaLise. ‘Now don't you be telling me to go easy on that boy. He's been in and out of trouble since his mama ran off ten years ago. And mostly "in."’

Who could blame the kid? Josh'd been barely ten when his mother took off with another man, leaving Fred and Josh without so much as a goodbye. AnnaLise's father had died when she was five, but even back then she knew he'd have stayed with them if he could.

‘Didn't you tell me when you put Josh on this job that he's a good worker?’

Now it was Eames turn to flush. ‘Why, I sure did. And it's the truth. The boy just needs focus and I'm focusing him.’

Well, God knows we all needed someone to do that sometimes, if not quite with the alacrity of the man in front of her. ‘I'm certain you are, Mr Eames, and I'm sure Josh appreciates it. Now I need to pick up my mother and get her to a doctor's appointment. Umm, you may have heard –’

But Eames was already holding up his hands like two heavily calloused stop signs. ‘Not another word, AnnaLise. Josh and me, we'll figure things out so’s it'll work real good. You just tell your ma not to worry about a thing.’

AnnaLise's ‘ma,’ Daisy, even now just fifty years old, was having . . . well, ‘spells’ might be what Eames would call them, though accidentally draining Mrs Bradenham – the mayor's mother, of all people – of an extra pint or two at Sutherton's annual blood drive less two weeks before might be pushing the definition's envelope.

‘I'm sure Daisy will be fine,’ AnnaLise said, trying to reassure Eames about something that scared the hell out of her. ‘Her confusion when Mrs B was donating blood and all . . . well, it's probably just a vitamin deficiency or something.’

‘Or dehydration,’ Eames offered. ‘Remember, the air can be mighty dry up here in the mountains. You tell Daisy to drink water, lots and lots of it. Fix her right up.’

‘I'll do just that,’ AnnaLise said, now unconsciously slipping into the rhythm of speech she'd largely abandoned since leaving western North Carolina to enroll at the University of Wisconsin. ‘And if you would, just ask Josh to run any suggestions Daisy might have past both you and me? And Mrs Peebly's . . . thoughts, as well?’

Eames broke a grin at the thought of the retired elementary school principal, bent over her walker, but never, ever broken. ‘Now that I'm not sure I can promise. I'm no match for Mrs Peebly, so I can't hold out much hope for poor Josh.’

‘I'm not sure anyone is a match for Mrs Peebly.’ AnnaLise was reminded of the time she'd accidentally dinged the passenger door of one of the series of black Cadillacs their neighbor had owned over the decades. The sixteen-year-old AnnaLise had lived in fear of discovery for exactly forty-three minutes before blurting out a confession.

At ninety, Mrs Peebly still managed to inspire that kind of fear. And respect.

AnnaLise extended her hand to the man in front of her. ‘I appreciate your taking this job on such short notice, Mr Eames.’

'Happy to do anything I can, AnnaLise. For you
or
for Daisy.'

As they shook on it, AnnaLise was reminded how often, in the High Country, calloused hands were matched to the still unhardened heart of a true and utter gentleman.

A characteristic as refreshing, she thought, involuntarily glancing down to her purse with the cell phone buried inside, as the clean mountain air itself.

Leaving Fred Eames, AnnaLise Griggs hurried up the sidewalk toward Sutherton's Main Street, which rimmed the southern shore of Lake Sutherton. To the north across the lake – you guessed it – Sutherton Mountain could be seen.

Admittedly not the most imaginative collective, but what was lost in grandiosity was gained in clarity. You always knew where you stood in Sutherton – literally
and
figuratively.

AnnaLise passed the door to the over-and-under apartment where she'd grown up and her mother still lived. The building also housed the corner storefront that had been Griggs Market, a small grocery store and deli Daisy had owned and operated until a few months back. The space was now leased to a coffeehouse-cum-nightclub called 'Torch,' and it took all of AnnaLise's resolve to resist the aroma of freshly-brewed caffeine wafting out from that new incarnation as she rounded the corner.

Tucker Ulysses Stanton, the club's young owner, had decided to open mornings to serve espressos, lattes and cappuccinos and then re-open at night with a full bar and live entertainment. The latter sometimes included Tucker on the bongos punctuating his recital of various haikus, all of which seemed suspiciously to echo ‘There was an old man from Nantucket.’

If Torch could be described as a coffeehouse day or night, though, it was the beatnik, poetry, cool-cat kind, like in the classic TV show ‘The Many Loves of Dobie Gillis," with Tucker as an African American Maynard G. Krebs.

Gagged by Aubrey Parker
The Target by Catherine Coulter
The Dragon Scroll by I. J. Parker
The Curse of Snake Island by Brian James
Rounding Third by Michelle Lynn
Bones Under The Beach Hut by Simon Brett
Transcendence by Omololu, C. J.
Sworn by Emma Knight
Freedom's Price by Michaela MacColl
Rebels on the Backlot by Sharon Waxman